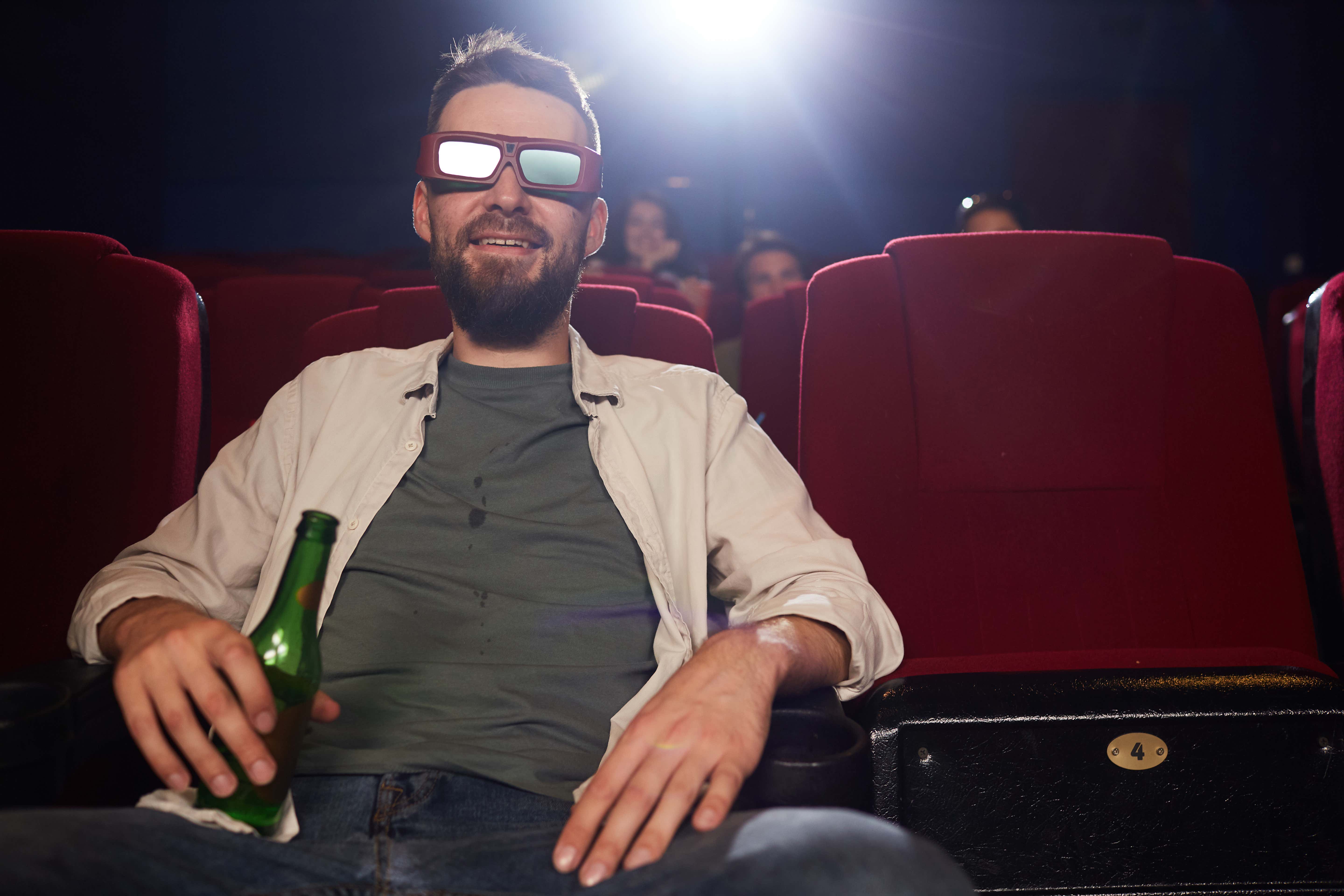 Apologies for using this mamaluke wearing 3D glasses despite the people behind him clearly not wearing 3D glasses for the blog. But there were not any better pictures in our multiple libraries of images for boozing at the movies. Onto the story...

Until now, cinemas were only allowed to serve drinks if they had a restaurant license alongside a full kitchen and waiters to serve the offerings to patrons already seated. Alternatively, cinephiles were allowed to consume wine and beer in the lobby.

I missed out on all the $AMC madness, so I'm not sure how movie theater stocks are doing these days. But I feel like their arrows have to be green and pointing wayyyyy up after this news dropped. Millions of New Yorkers that were stuck inside for good chunks of the last two years being able to get as buttered as their tub of popcorn while watching the movies seems like a license to print money for theaters.

People were already paying $10 for a vat of soda at the movies or a mere bottle of beer at a bar in the city. So I don't think there is legitimately a price theaters can charge New Yorkers for booze at the movies that would make them blink, which will probably save hundreds of theaters from dying. The studios will cash in since having drunk people at the theater can only help a movie's Rotten Tomatoes Audience score, not to mention the MovieRankings.net score with Jeff Drunk Lowe throwing some cold ones back.

And of course, people being able to tie one on without having to sneak in their booze like someone with a serious problem can only help the movie going experience (Please make sure to remember that the more you drink, the more likely you are to need a bathroom break. Yes, this is coming from an absolute washed loser that had to piss twice every time he saw Endgame when all he drank was water).

Finally, I am just happy that this line from Pulp Fiction is no longer a dream outside of smaller theaters that serve booze and food like Alamo Drafthouse, which fucking rule by the way and are a Must Visit for all big releases.

Now let's focus on getting these machines in every New York theater right next to the beer stand pronto tonto.

Now let's focus on getting these machines in every New York theater right next to the beer stand pronto tonto.