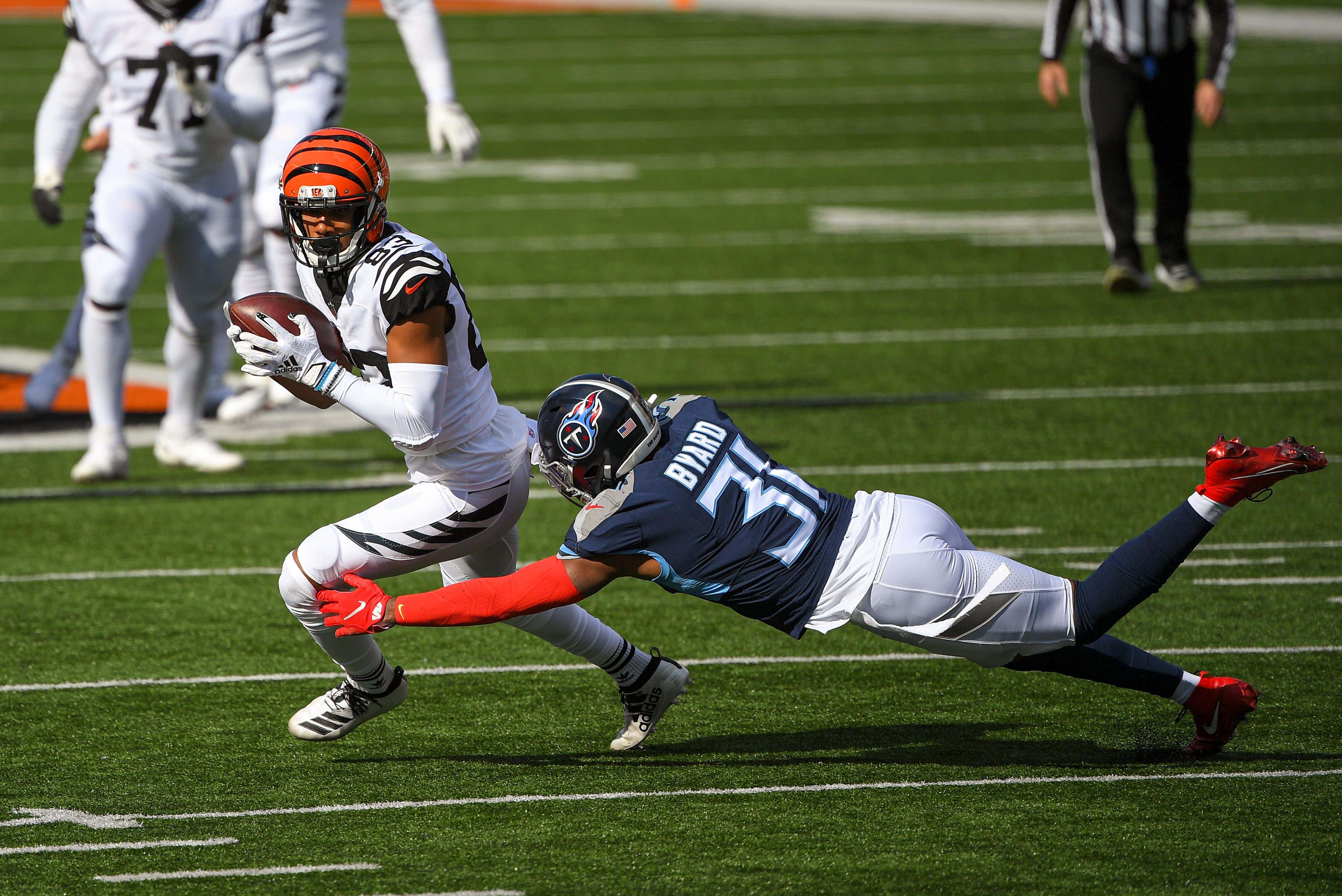 This game depends on Derrick Henry's health. If we have a pre-injury Henry who mops up the floor of the defense Titans win. Even better if he's not 100% but they don’t use Henry till late in the 2nd quarter and late in the third to the fourth quarter like Nick Saban in Bama. Remember in his first years at Bama when Saban would bring Henry out when the defense was tired and he could manhandle tired-ass defenses.

But without the Henry Factor, I think Joe Burrow leads the team of destiny to a perfect win. Joe is special, no doubting that he could cook up some Championship gumbo. They have injuries but my brain can't conceptualize if they could make that huge of an impact.

Joe Burrow & Ja’Marr Chase are NBA Jam level he’s on fire. Can the Bengals Offensive line hold up against stout Titans front? How healthy is Derrick Henry for Tennessee? The top seeds coming off byes also tend to dominate in the divisional round. Watch out for AJ Brown to make some big plays down the field. My heart wants to see the Bengals keep going but my gambling instincts favor the Titans. 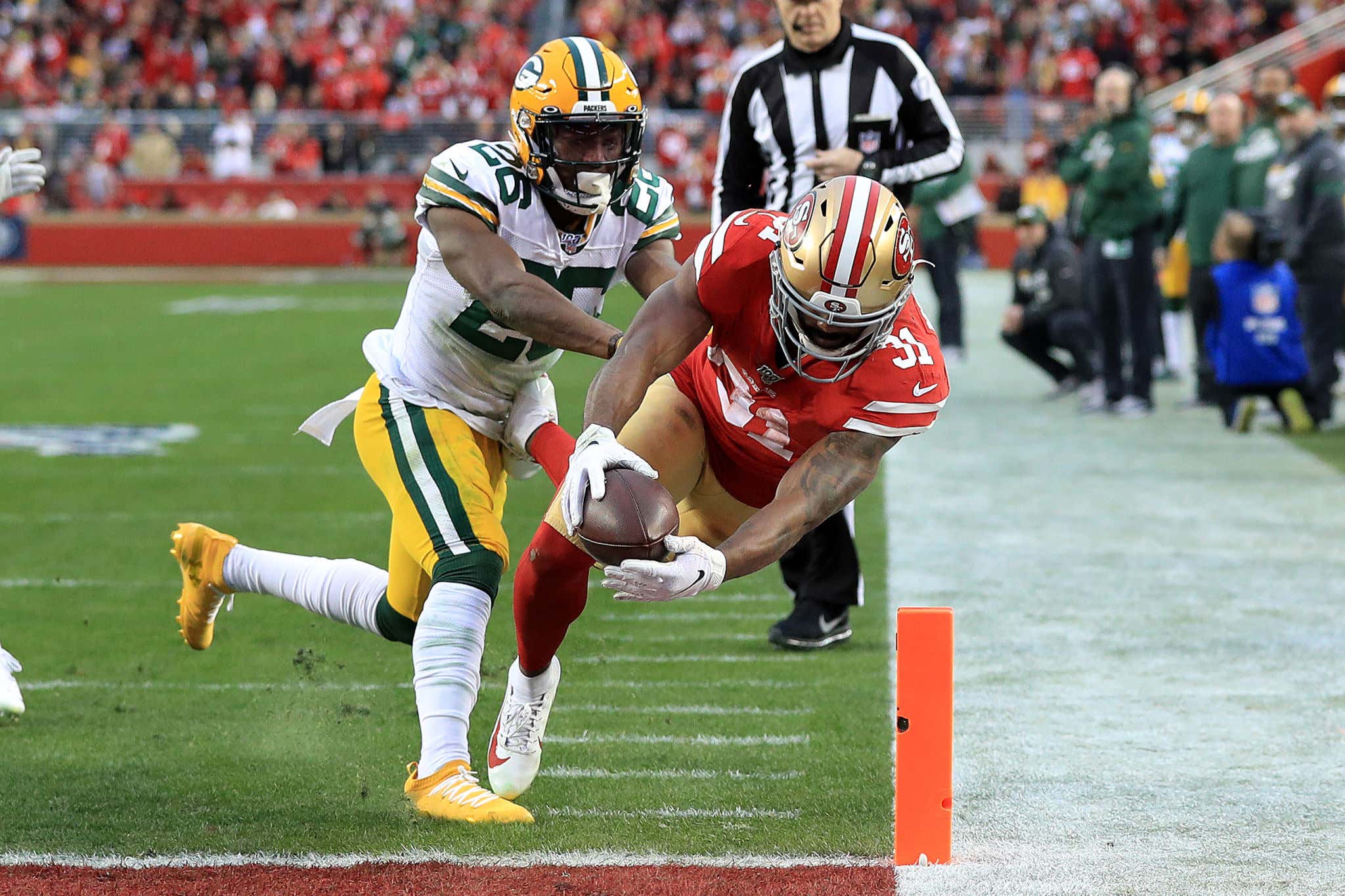 The 49ers are buzzing, and this could be a team that once again goes to a Super Bowl, but if it's 4 minutes left in the 4th quarter and the game is pretty much close, Rodgers finishes games, the man is a killer. That's how I see this game going, like two boxers going into the last round, and the more experienced guy (Rodgers) finishes it.

The public is all over Green Bay but Vegas is keeping the line firm at -6. SF has more than gotten the best of GB in this series (2019 NFC Championship ring a bell?). SF matches up well behind their power running game and stout pass rush. But can a banged up Jimmy G step up in the frozen tundra? GB pulls out a close one late behind Aaron Rodgers 4th quarter magic. 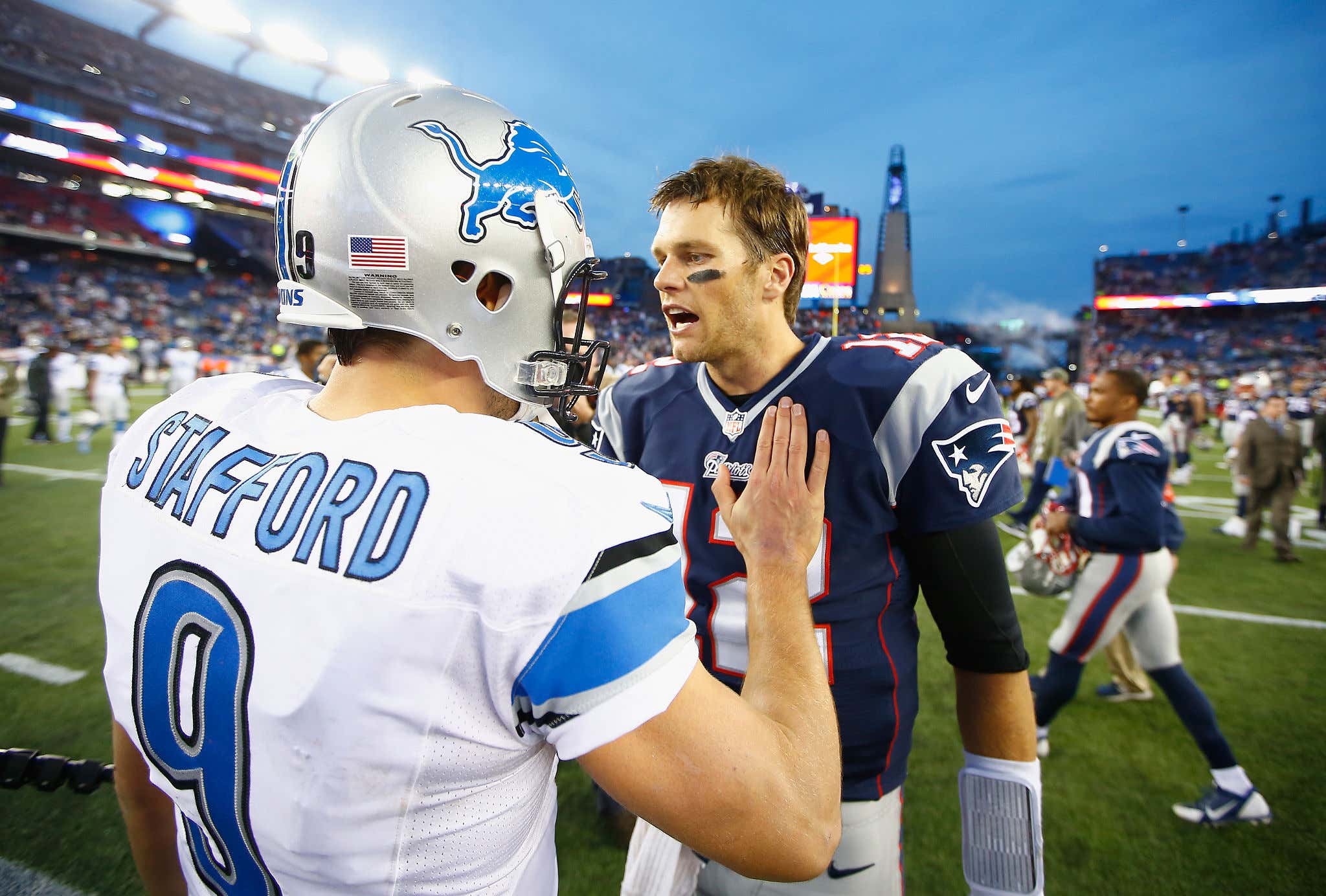 The Buccaneers are what the Rams wish they were. These are two teams made in Madden ultimate team and its going to be a great game. But the Rams may have blown their load last weekend. In a shootout, Brady wins, in a stalemate, Brady wins. The Rams have to play a perfect offensive game in order to beat the Buccaneers. I am totally discounting the Buccaneers offensive line troubles as of late.

Both teams come in with banged up offensive lines and are without key guys in Andrew Whitworth & Tristan Whirfs. The public is on the Rams on the road and I cannot figure out why. Who trusts Stafford to go on road & beat Brady? How do people still doubt Brady in playoffs? I am on Tampa ESP with line under a FG. 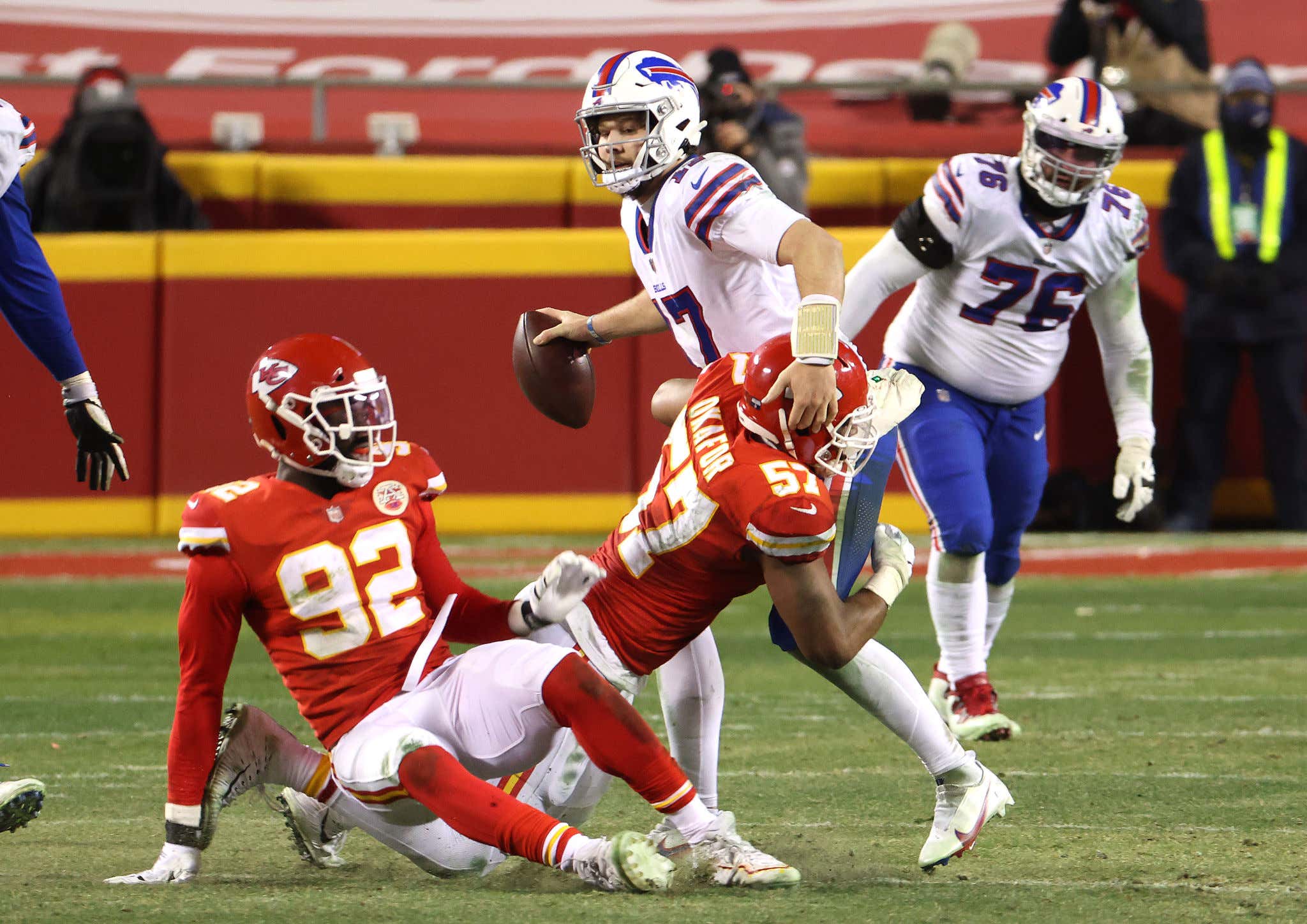 Dude Idek this is just going to be absolutely electric. It's going to be just who balls the fuck out harder. This reminds me of a Big 12 game that's gonna be a huge over. I honestly don’t even want to think about this game because I just want to watch it. It really just depends who shows up to be the New NFL Powerhouse. That's all it is. I am sorry I cant give you any more takes on it but it's that kind of game.

This feels like the biggest divisional playoff game of my lifetime. Rematch of last year’s AFC Title Game (38-24 Chiefs) but Buffalo smacked them in KC on Sun Night in October (38-20). Josh Allen vs. Patrick Mahomes could get buck wild in 2nd half. I don’t go against Patrick Mahomes & am taking KC.