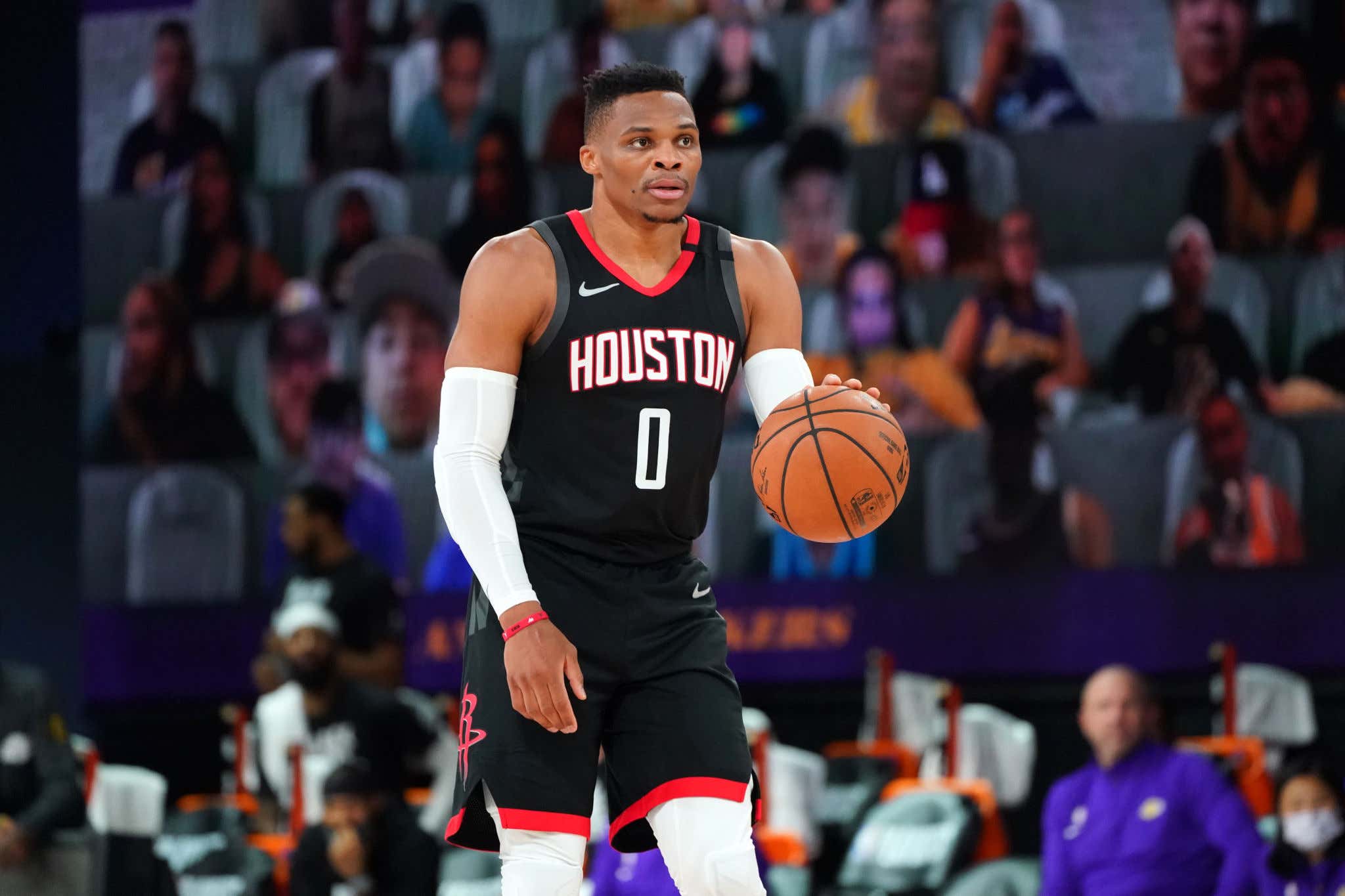 Have I mentioned how much I love this time of year on the NBA calendar? It's amazing. Every day seems to bring in some sort of outrageous rumor/scenario. Almost all of them are bullshit, but who cares about that. Trade rumors are fun to talk about and obsess over even if deep down you know they'll never happen. The crazier the better if you ask me. Give me something other than some sort of Ben Simmons deal that Daryl Morey refuses to accept. That shit is played out. I need something new to chew on.

Which brings me to the latest from Marc Stein.

Oh hell yes. This is the type of chaos I'm talking about. We know that there are only a limited amount of teams that would be willing to take on Russ's insane deal. He's owned like 90M over the next two years. So what's the solution? Easy. A Russell Westbrook/John Wall Trade 2.0. It's not like the Rockets are playing Wall or anything. He has the exact same contract situation as Russ 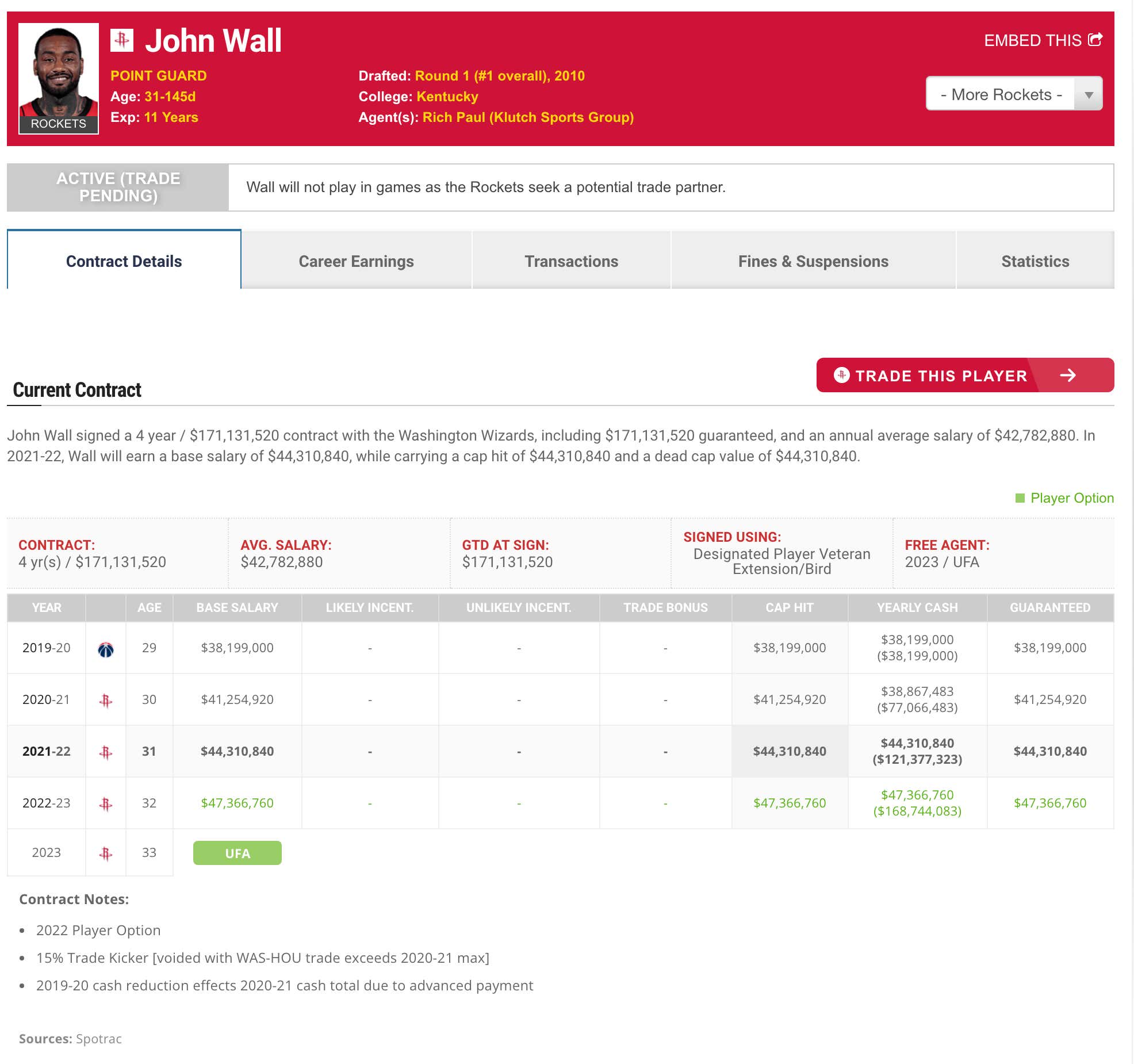 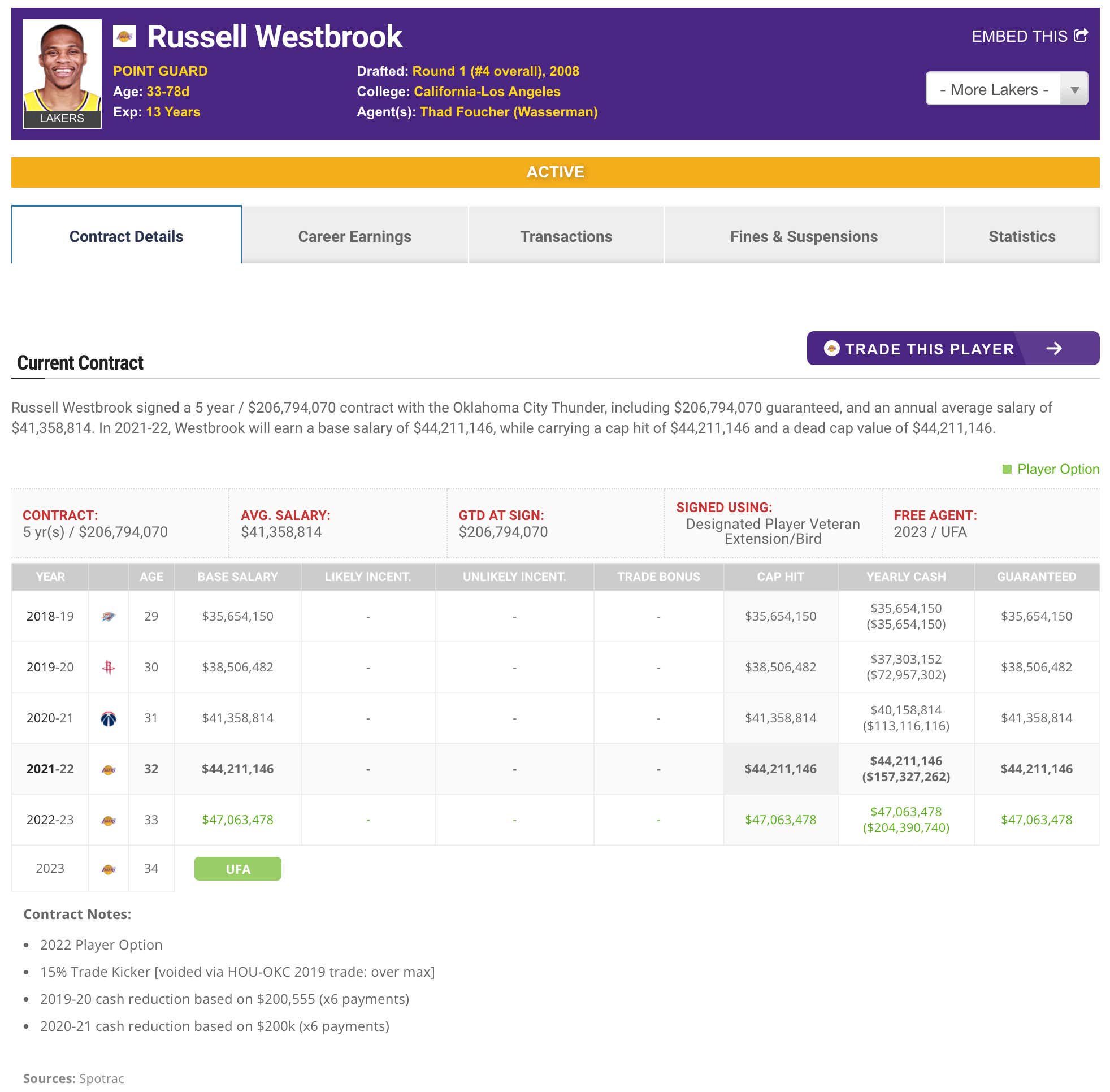 and the sheer comedy factor of this is enough for me. Do I love the Lakers getting someone in return who might make them better? Not really. In fact, I prefer they didn't. From the Rockets side, my guess is they would just tell Russ he doesn't have to play the same way they did with Wall? If they were to trade for him and then play him, well then why has Wall been on the bench all year? Or maybe they think playing Westbrook would help solidify their top 3 lottery standings. They do just have a 1 game lead on OKC for that 3rd spot. I suppose that could be on the table given how Westbrook has looked this year.

If things in LA can't be fixed, if that bridge is burned, I say why not? It's clear what's happening with the Lakers isn't working. LeBron I imagine is getting restless. How much worse could John Wall be? Remember, Wall's agent is Rich Paul. He's part of the Klutch Family. There's precedence for this trade because ya know….it already happened.

Who knows what this trade deadline will bring across the league, but I would like to live in a world where this actually happens. Has there ever been a situation where two guys were traded for each other in two separate deals? Feels like that's pretty rare which kind of makes me want to see it even more.