Source - New York’s hottest club could be … a Staten Island ferry. “Saturday Night Live” stars and Shaolin natives Pete Davidson and Colin Jost are behind the mysterious purchase at auction of the John F. Kennedy, a decommissioned ferry boat.

The pair, in partnership with Manhattan real estate broker and comedy club owner Paul Italia, spent $280,000 to purchase a boat that most ride for free.

Italia, who spoke exclusively to The Post on Thursday, said the trio had “grand plans” for the vessel. “The idea is to turn the space into a live entertainment event space, with comedy, music, art, et cetera,” he said. “We’re in the early stages, but everybody involved.

Say what you want about Pete Davidson, but don't you dare say he doesn't love Staten Island. He's border line and obsessed this proves it. And you know what? I'm okay with that. Any time a celebrity stays true to their roots it endears them to the public. That said, I don't know if this is the most sound investment. People avoid The Staten Island Ferry like the plague. Unless there's a major aesthetic overhaul, I just can't imagine anyone paying for a night out on one of these dumps... 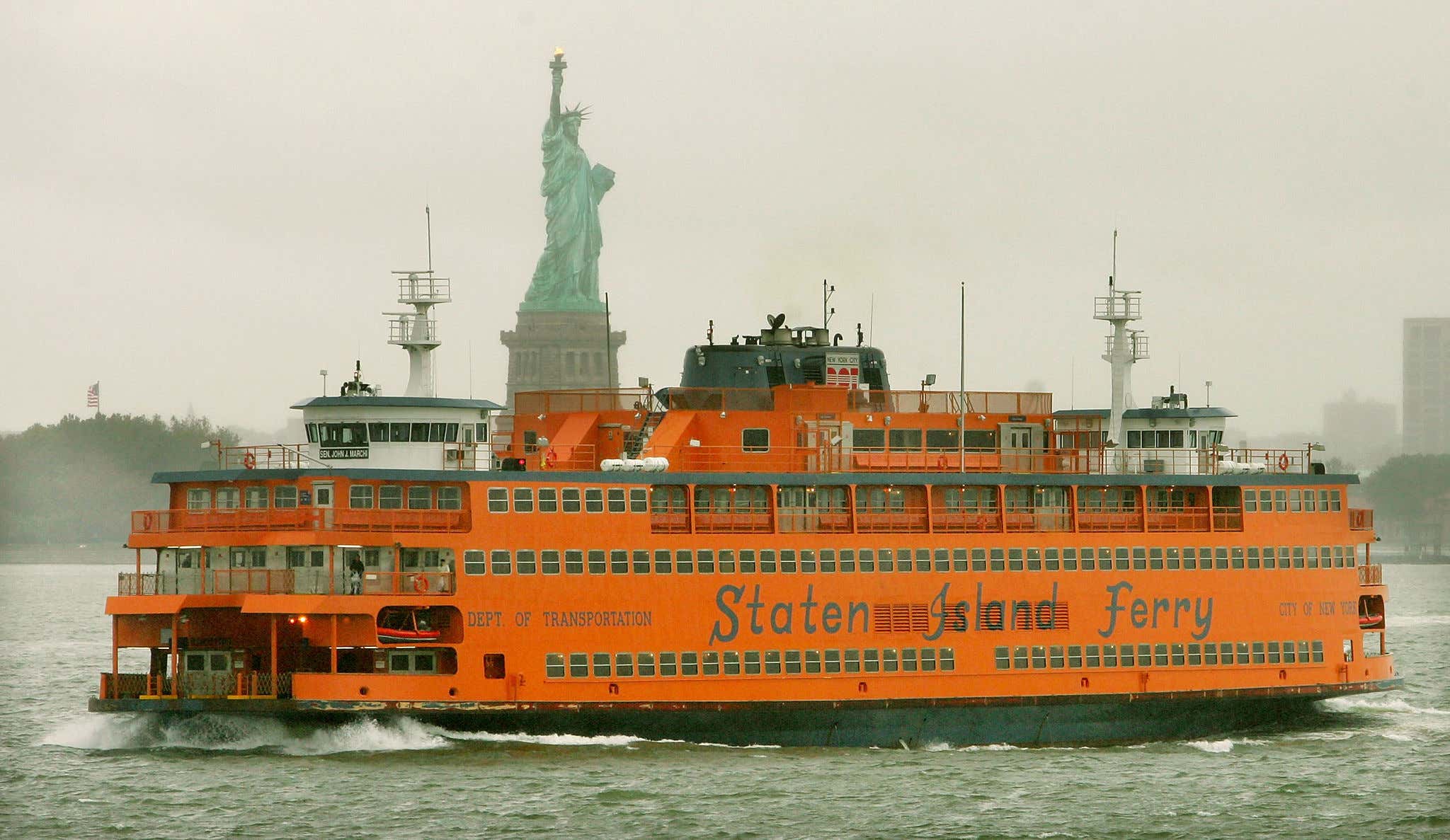 Just knowing what it was used for will make people want to throw up- transporting misery from the outer boroughs to the inner city. Not only that, they've already spent $280k. How deep are their pockets? You know what they say, BOAT stands for bring out another thousand. God that was corny. Anyway, the vessel is old as shit…

The JFK, which was built in 1965, was auctioned off by the city and listed in “poor” condition due to mechanical issues. It is structurally sound, the Department of Citywide Administrative Services said.

Apparently it's also being renamed Shaolin in order to pay homage to the Wu Tang Clan. I don't know. I hope it works, I just don't understand how it will. Time will tell. Good luck, guys. You're going to need it. Now here's Pete shitting on Colin. Enjoy…