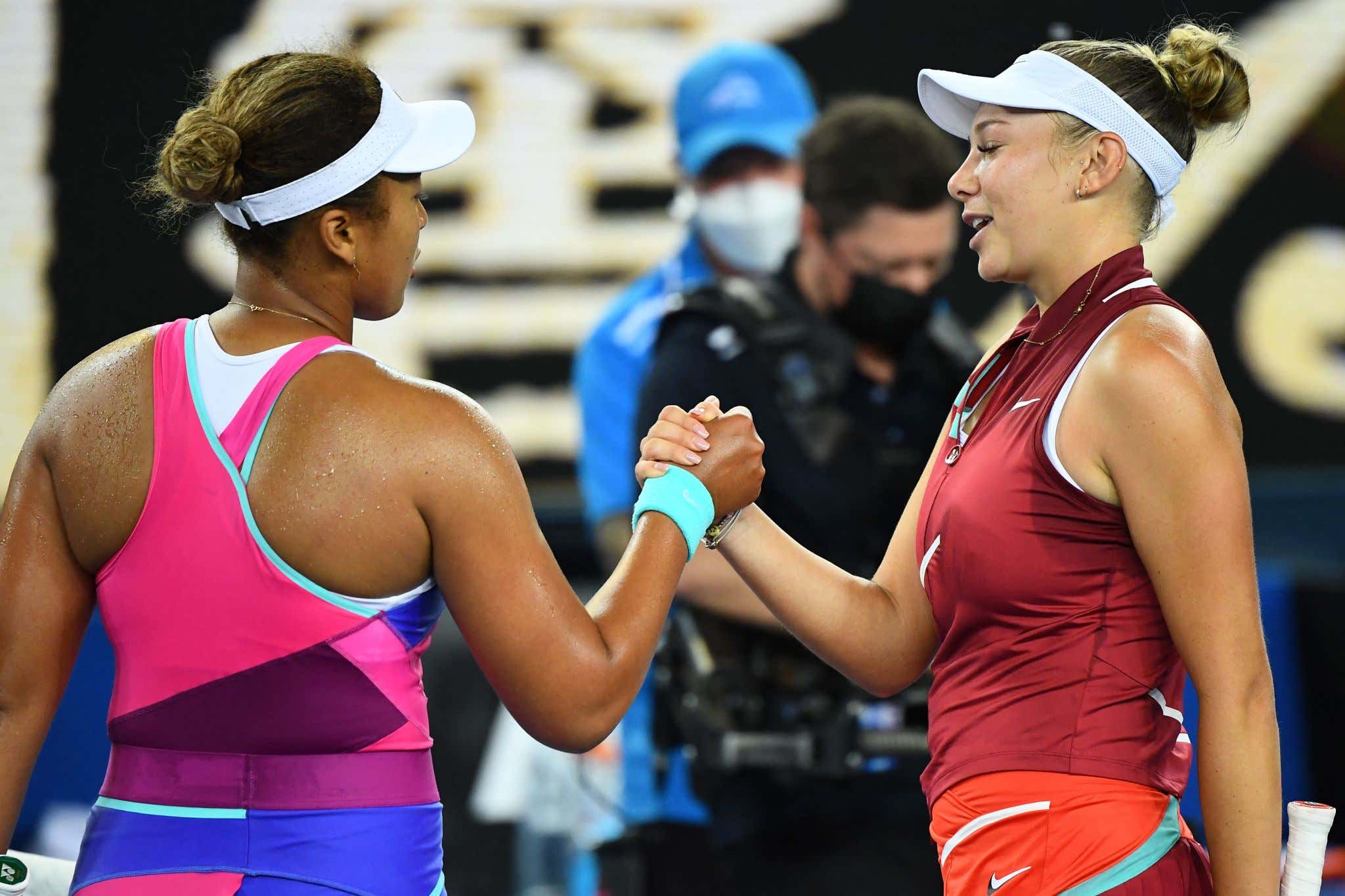 20 years old and taking out the reigning champ of the Aussie Open like it's no big deal — Amanda Anisimova have yourself a moment. That match was awesome, filled with power hitting and winners all over the place. Great stuff all around and fantastic to see the American pull through with some locked in tennis down the stretch there.

You almost forget how young Anisimova is because she started playing on the tour at such a young age. At 14 years old she was winning qualifying matches for the US Open and at 15 she was playing in main draw matches on the WTA tour. Simply bonkers to be doing anything that important at that age. This is the same woman who knocked Simona Halep out of the French Open at the age of 17. Insanity

She's very legit, but has certainly had her ups and downs to get to this point. Honestly it's just good to see her playing tennis at a high level again and being happy. Just before the 2019 US Open her dad and former coach died of a sudden heart attack. For a while she was understandably lost and had trouble finding her form again, but it's clear she's figured it out. Anisimova has got a game that can play on any surface and a power hitting style that can beat the likes of anyone, as you just saw with Osaka. If 2022 is her year to take that next giant step I'm all for it. Doesn't hurt that she was born in Freehold, NJ, which is the town over from me in Monmouth County.

The world no. 1 and hometown favorite Ash Barty awaits next for. I imagine Amanda will be a pretty steep underdog, but with the confidence she's got from this win who knows what happens. Go Amanda Go!