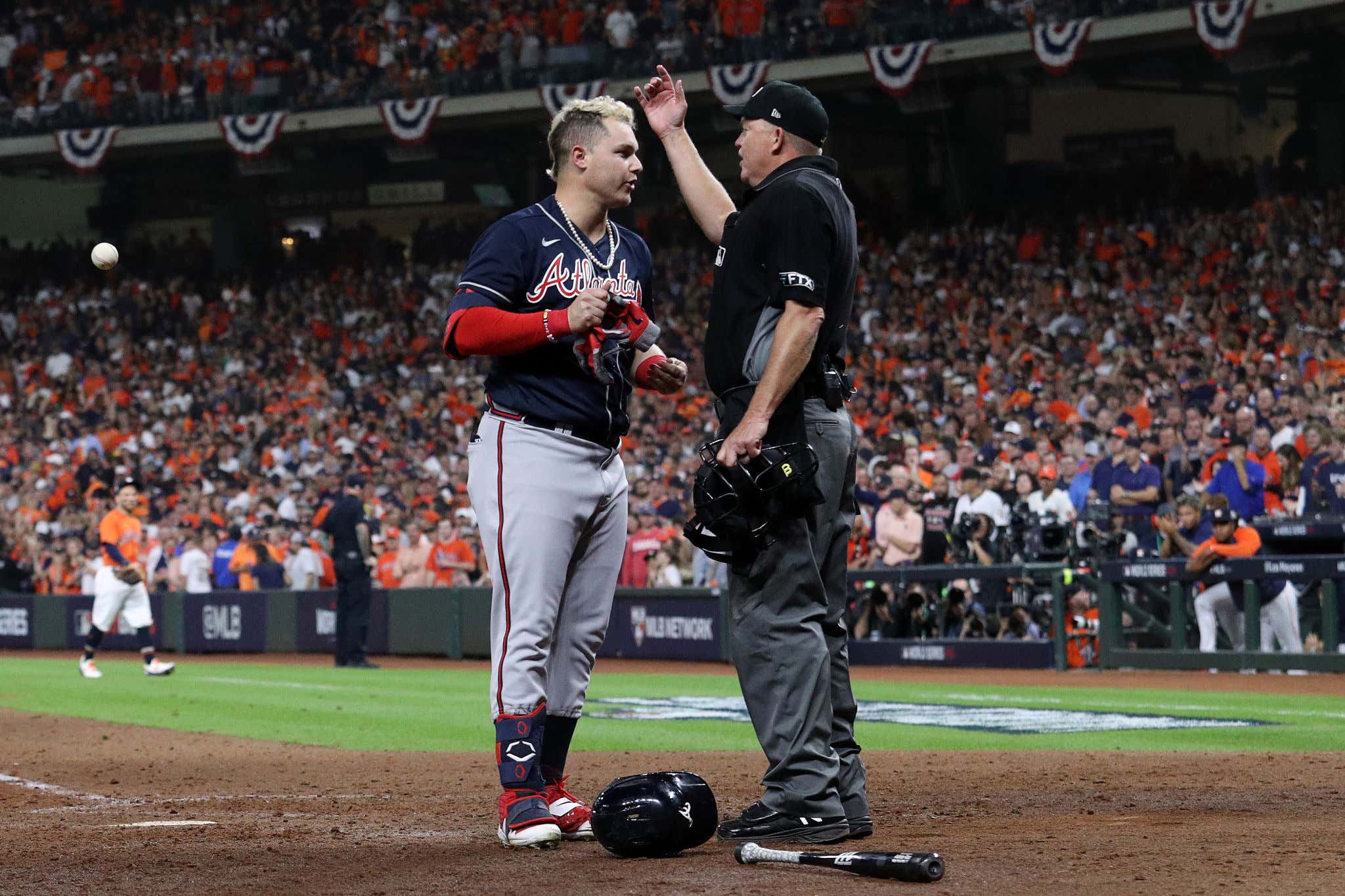 Robot umpires have been given a promotion and will be just one step from the major leagues this season. Major League Baseball is expanding its automated strike zone experiment to Triple-A, the highest level of the minor leagues.

Oh boy here we go— robot umpires are getting promoted and getting closer than ever to the big leagues. Recently the robots were being experimented out in the Arizona Fall League with some mixed results to put it delicately. Just seven days ago the experimental Atlantic League ditched the technology because it's simply not good enough yet. Here's an example…

MLB has been testing the automatic strike zone during Arizona Fall League action, and Keith Law of The Athletic was able to observe one of the games. That game, between the Arizona Diamondbacks and Colorado Rockies, was called after seven and a half innings after both teams ran out of pitchers. The two teams issued a combined 22 walks, and those seven and a half innings took three hours. The big story is the automated strike zone, which Law reports simply isn’t good enough right now. (source)

Alright maybe we're a little further away than we think. So why are they promoting the robots exactly? Oh Manfred, right.

The notable observation is that offense goes way up with an automated strike zone. Gone will be the days of hitters like Aaron Judge getting face fucked with a strike 3 call at their ankles. When the system is refined and ready to go you'll see a smaller, more consistent zone throughout the league, making it harder on pitchers no doubt.

I see both sides of the argument for and against an automated zone. For far too long we've had to deal with brainless idiots like Angel Hernandez, C.B. Bucknor, and Ron Kulpa deciding games.  No umpire in any sport can alter the course of a game like the home plate umpire so if we have the technology to improve the game then let's do it. The other side of the coin is that the human error aspect of the game is what makes baseball special. As much as I hate being on the wrong side of a bad umpire, it's fun as shit to get furious at blue once in a while and lose your mind. Now when that happens in an important game that's another story. I'm definitely for robot umpires, but we gotta make sure the technology is there before Manfred's crazy ass pulls the trigger. Lord knows he'll fuck that up no question.

If only the league actually held umpires accountable and implemented a fine/demotion system I wonder what the impact would be. You have to imagine umpires would get better than they are now as they're allowed to coast and be horrible without being held accountable in any way. The umpires union pretty much stops any of this idea from happening, but I bet it would work.

Can't wait for the Astros to hack into the umpires mainframe and sabotage games. There are way too many nerds in the game these days for that not to happen at some point.