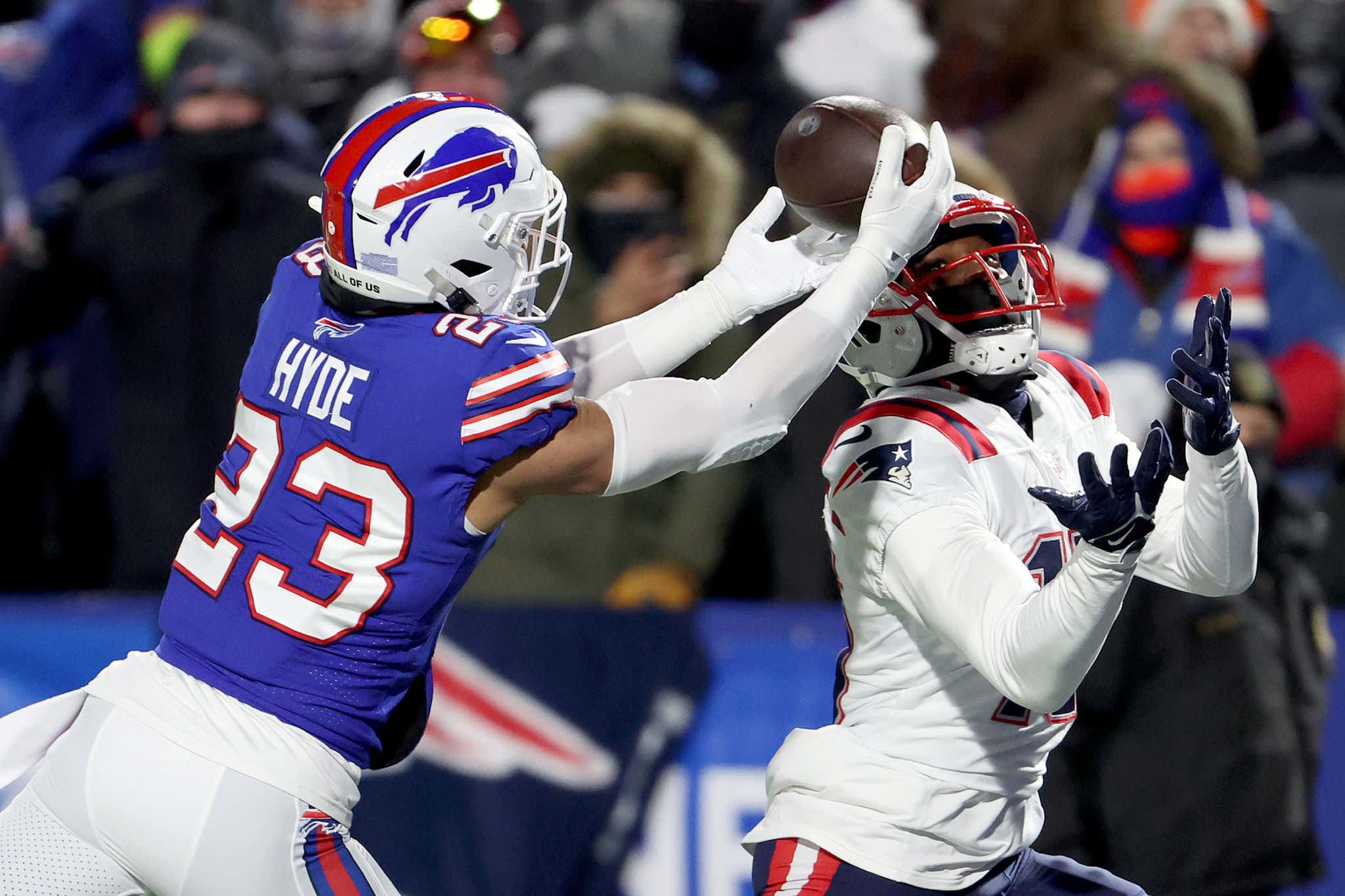 This is a post I've had in mind all week. Maybe it's just taken me so long because I've dreaded it. But it's necessary. One, because you can't really move on from a tragic event until you've taken a deep, analytic look at the source of your misery. Those who don't learn from history, and all that.

Secondly, I'm hoping it's cathartic. I never did go back and watch The Super Bowl That Shall Not Be Named. Or it's terrible sequel. My brother did. And he told me that it really helped with the healing process. Whereas I still feel it.

So maybe this will be the last thing I say about the end of the 2021 season before I regroup, reevaluate, do a lot of self-scouting, figure out how I can get better in all three phases, and enter my own offseason program for the new year ahead.

Something happened after the bye in Week 14. The Patriots went into it riding high. They were 9-4, winners of seven straight, fresh off wins over Tennessee and at Buffalo and sitting on the 1-seed in the conference. They came out of it as the Jets. With the exception of the Jacksonville game, they did practically nothing right. They couldn't stop the run, particularly from running quarterbacks. They had coverage breakdowns. Mental mistakes. Unforced errors. The passing offense struggled. They even lost the special teams battles, which a team that invests more in terms of salary cap and draft capital in this area should never allow to happen.

And you don't have a dropoff on a team-wide scale like this unless you have dropoffs in individual performances too. So here's a list of who dropped off the most. Keep in mind, for our purposes here, I'm about actual dropoffs in production. The ones who were good from September through early December, and then vanished. So I'm giving a hall pass to the Joejuan Williamses, Myles Bryants, Jonnu Smiths and N'Keal Harrys, since they were minor parts of the climb to the top of the AFC playoff picture to begin with. So they can't exactly be held responsible for the Fukushima-level meltdown that followed. And obviously, I'm putting no emphasis on the Jacksonville game, since everything that could go right in that one did.

In no particular order: 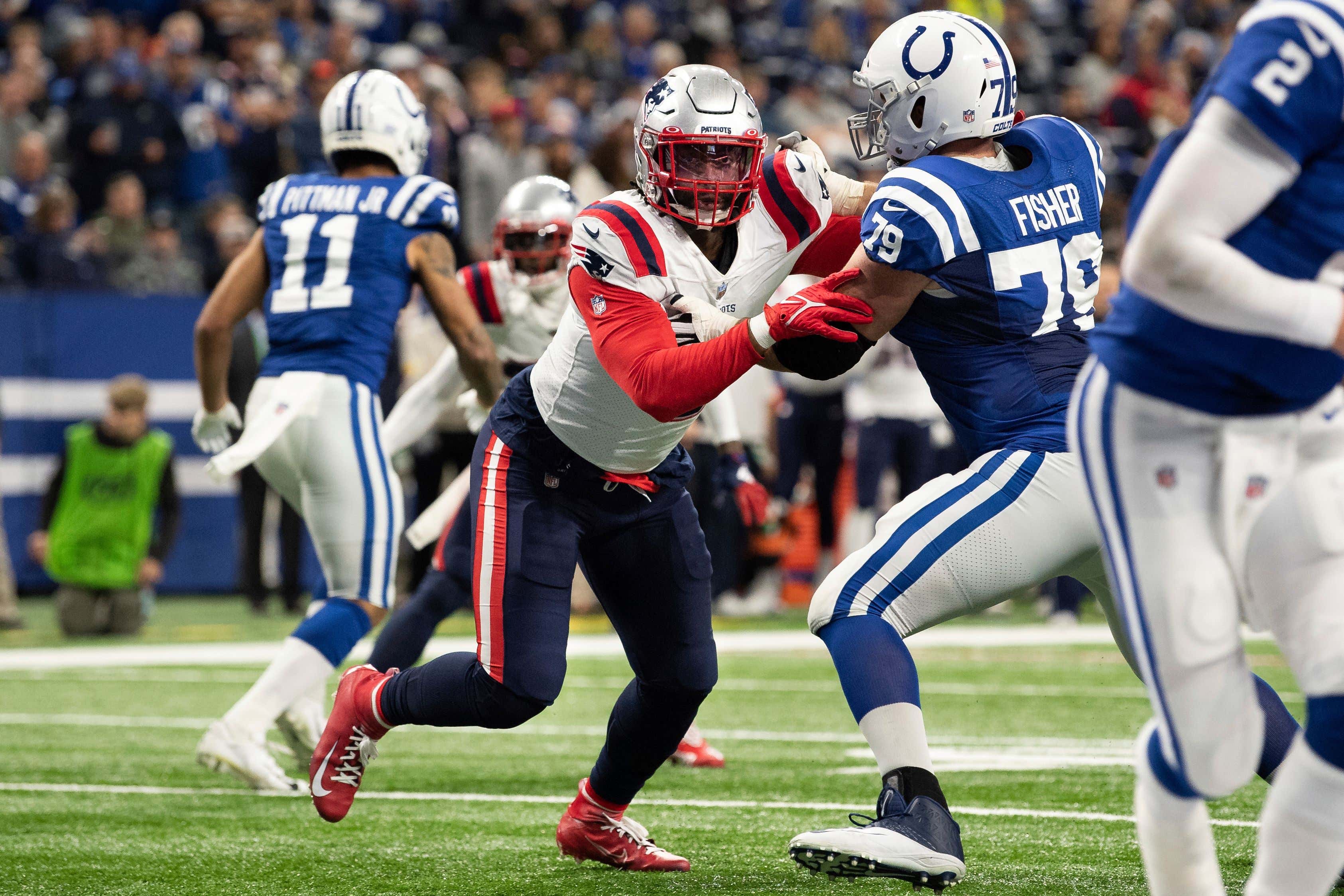 He went from the DPOTY conversation to someone you forgot was on the roster unless you were actively looking for him in a matter of weeks. Aside from the accepted penalties he committed (that egregiously unnecessary roughing call on Tua Tagovailoa to extend a drive) and watching him lose the edge on big gains to the outside, it's hard to remember a single impactful play he made down the stretch. And he dropped off not just in terms of pass rush, but in the run game as well. From the Indy game on, he was credited with eight solo tackles, and just one for a loss. 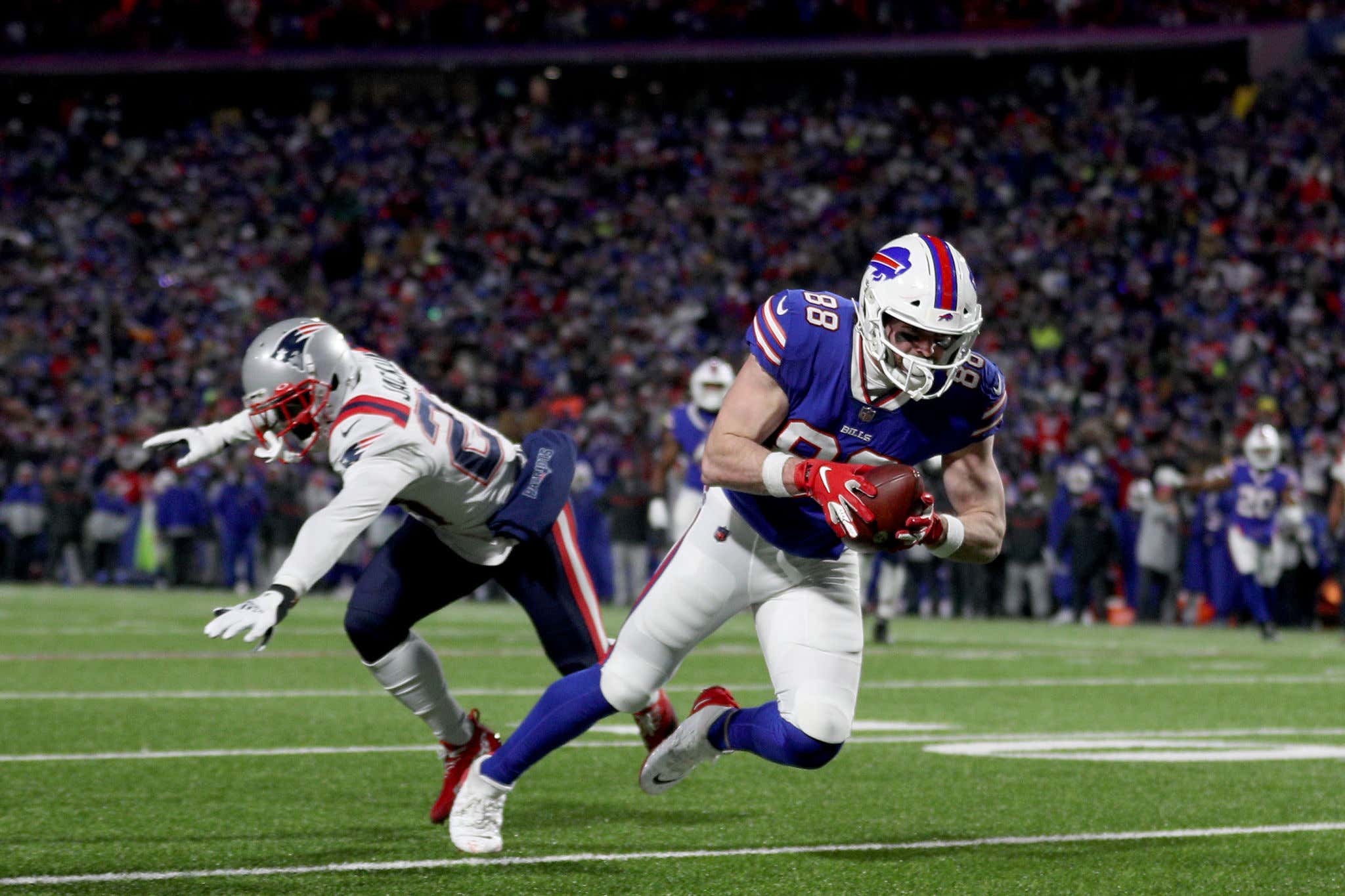 Jackson might not have been brutal down the stretch, but he did save a significant amount of his worst for last. Particularly agains the Bills. His passer ratings against in the last two games against them were 117.4 in Week 16 and a season high 118.8 in the Wild Card game. In all, eight times he gave up a passer rating of 80.0 or higher on the season. Half of those were from Week 13 on. He got his 7th interception in Week 12 against Tennessee. His only one after that was against the Jags in a blowout. And while he only gave up three TDs on the season, two of those came during this stretch we're talking about, one each against Buffalo and Miami. There are a lot of reasons to wonder if he's a $15 million a year player. The way his season ended is top of the list. 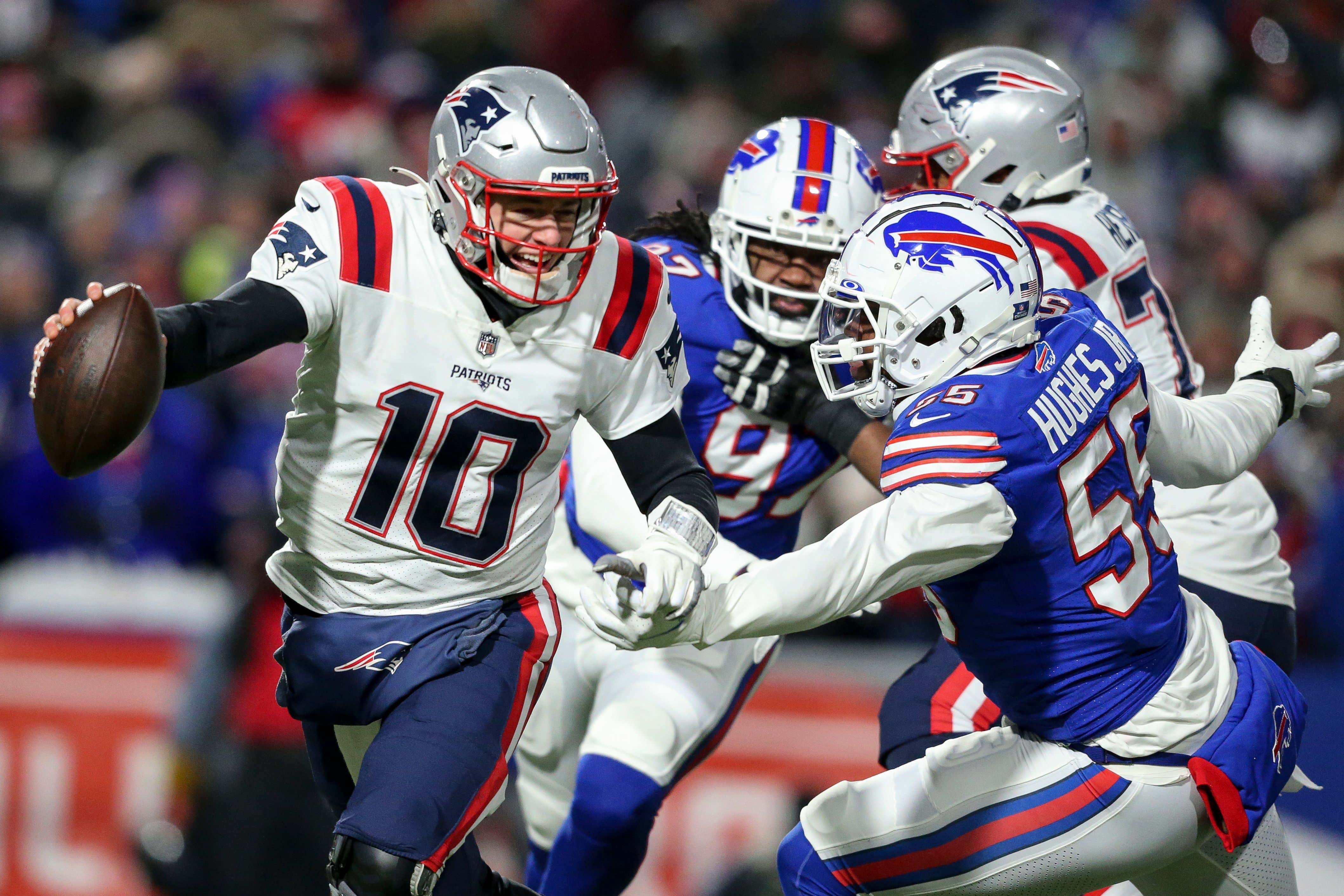 To know anything about me is to know how much it pains me to put him on this list. His name is the first words on my lips when I wake up in the morning and go to bed at night, and I hear it in the trees whenever the wind blows. And like Jackson, he wasn't awful by any means. But he did play his way out of OROTY contention while Ja'Marr Chase was making himself the unanimous choice. During the five games we're discussing, he threw 8 TDs with 7 INTs. Take the Jacksonville game out of the equation, and those numbers fall to 5 and 7. In four of those five games, he had two passes batted down at the line of scrimmage. Prior to the bye, he completed fewer than 70.0% of his passes exactly four times and was on pace to set the rookie record. After the bye, he was below 70.0% four of the five games, including a season low 43.8% in losing to the Bills at home. He also posted three of his five lowest passer ratings. Very good games against Jacksonville and Miami notwithstanding, maybe the rookie wall is a thing. 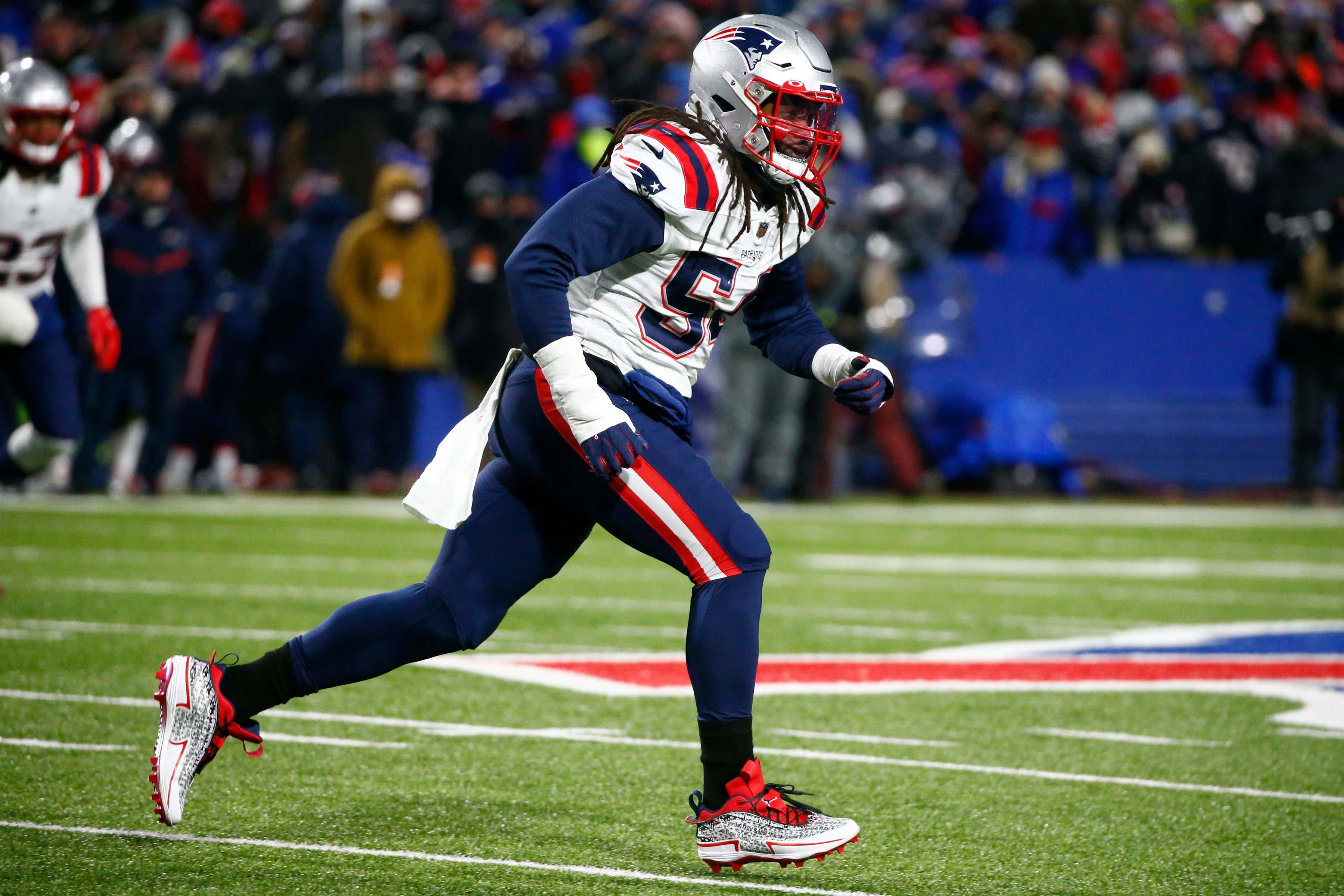 This one kills me as well, since Hightower has done so much for so long here. But your eyes do not deceive you. Nor do the analytics. His three lowest graded games of the season according to Pro Football Focus were his three games against the Bills. Starting with that game in the Category 5 wind (35.8) and getting progressively worse (35.5, 29.6). And he wasn't much more effective against the Colts as Jonathan Taylor went ham on this unit with 170 yards and a back-breaking 67 yard touchdown. Worse still were his tackling grades, which dropped to 28.3 (Ha! Take that, Atlanta!) in the Wild Card game, his second lowest on the year. And he's not the threat as a pass rusher he was pre-his Covid opt out year. In the time frame we're talking about, he played four games, rushed 26 times, and recorded three total pressures, one of them a sack. Hightower turns 32 soon. And I don't know what's sadder, the idea that this is how it ends for him, or there's an even sadder end still to come. 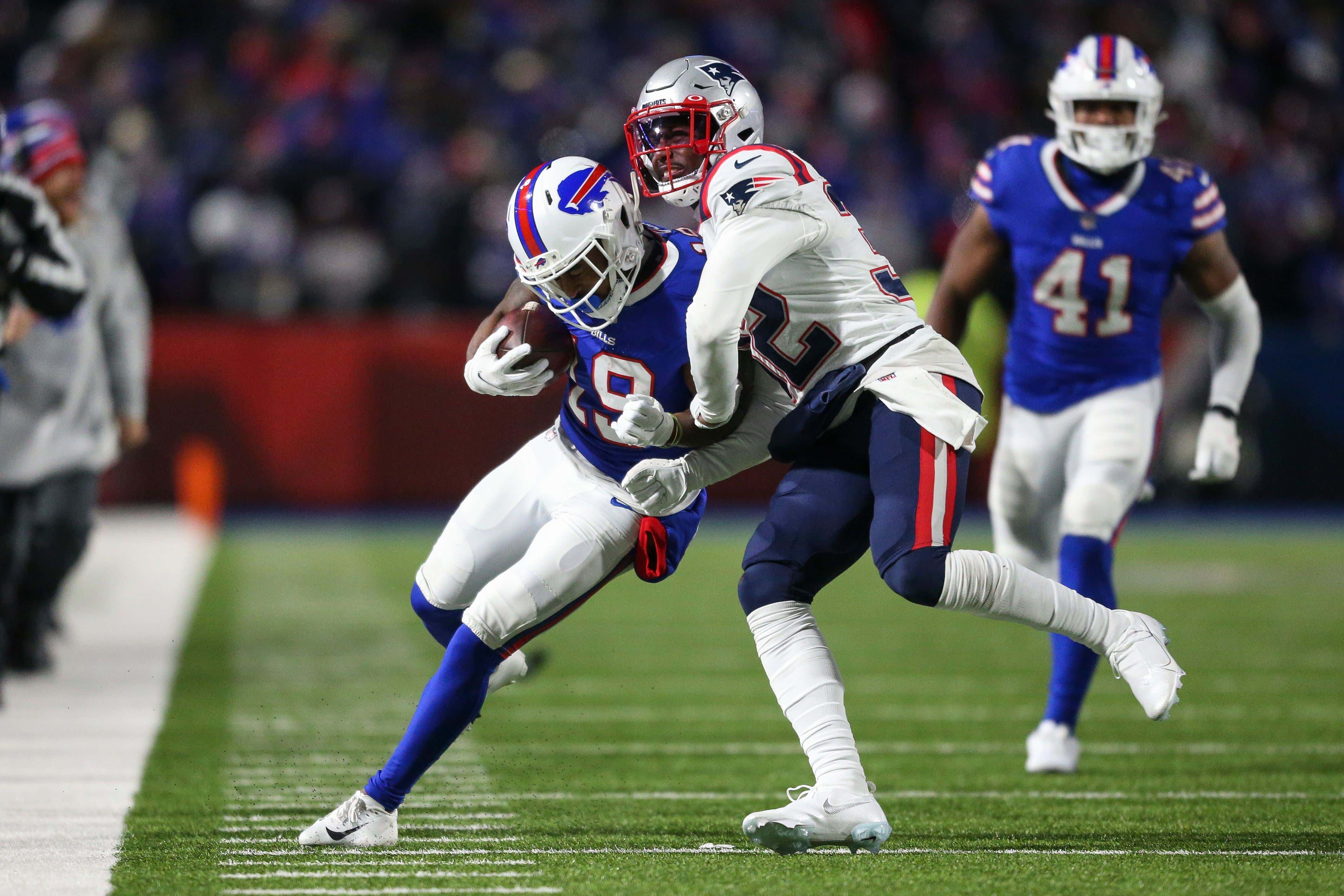 To steal a line from David Carradine at the end of "Kill Bill Vol. 1," this is me at my most masochistic. McCourty played his usual role of the post safety in the Patriots base Cover-1 scheme. Meaning his Prime Directive is "deeper than the deepest." And in the Wild Card game alone, four different Bills receivers had catches of, respectively, 45, 38, 34 and 22 yards, and two more had longest receptions of 19. While a guy playing the high safety doesn't get targeted often, during the weeks we're talking about, McCourty was targeted seven times and gave up five catches. With 31 yards of YAC in the playoff game alone. He did have an interception against Indy, but just two passes defensed over the last five games. And his last two passer ratings against were 104.1 and 114.6. Though to be fair, those are limited sample sizes. The most important contribution he makes is in help on vertical routes and as a run force defender. And the defense he captains failed utterly at both. Repeatedly. With the season in the balance. I stand by my assessment that he's been the second best Patriots player of the 2000s. But he'll be 35 in August and there's a lot to consider before extending him.

So there. That felt awful. As miserable as I get writing a blog that was all my idea. At least I let a lot of other underachievers (looking at you Smith, Isaiah Wynn, Josh Uche, Nelson Agholor because he had a concussion) off the hook. But maybe that's just a list for another time.