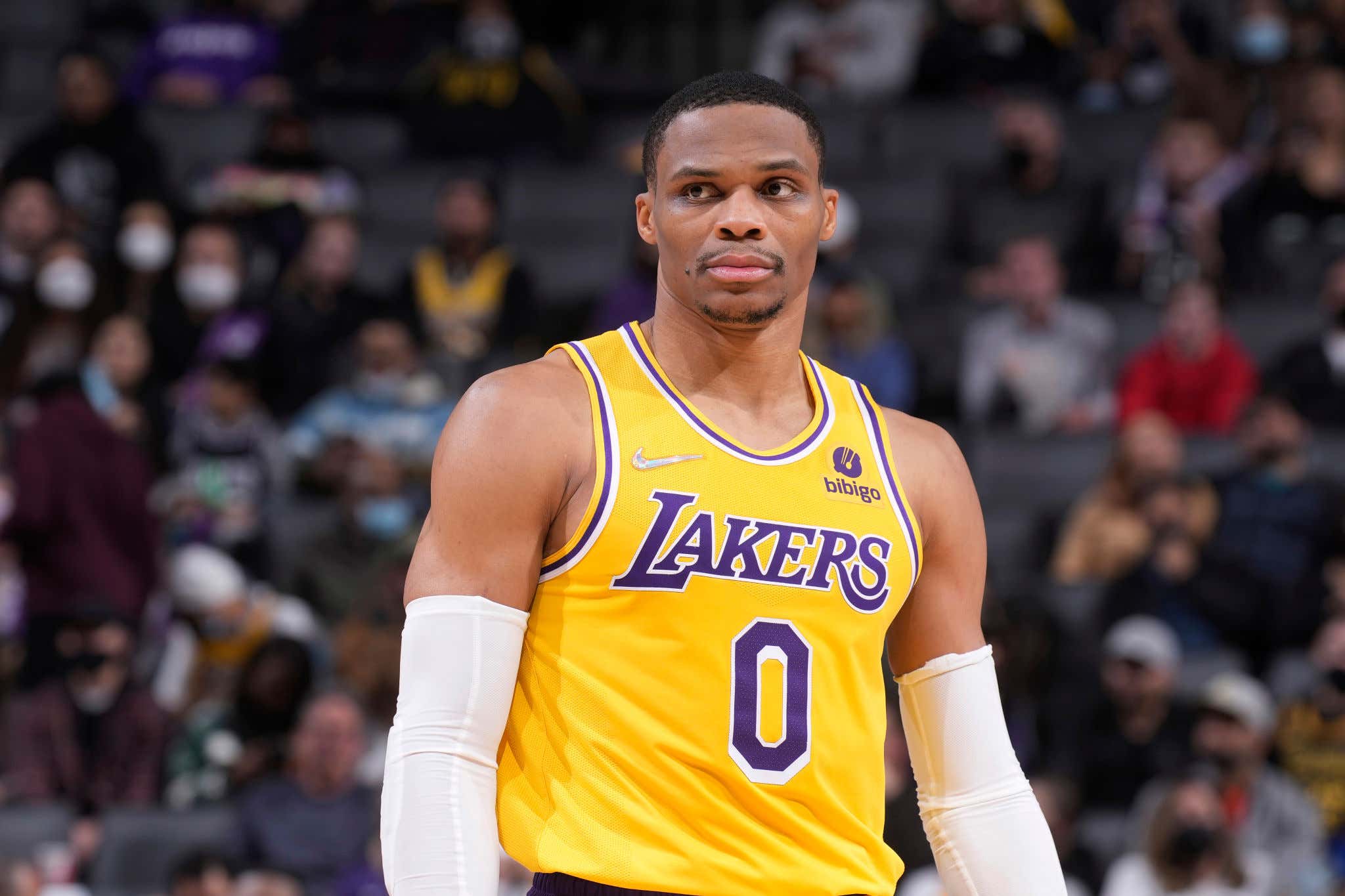 Yeah yeah I know, the Celtics are awful blah blah blah. Find a new slant. And while it is a little annoying that I can't truly enjoy the Lakers shitshow because I am also forced to eat a Celtics shit sandwich every other night, that doesn't mean I can just ignore what's going on. A man has to do his job. Which brings us to the latest bit of drama that came last night as a result of the Lakers losing at home to the 16-29 Pacers.

LOS ANGELES -- Long before Russell Westbrook was benched down the stretch of Wednesday's 111-104 loss to the Indiana Pacers, Los Angeles Lakers coach Frank Vogel was given assurances that the organization would support him in taking a hard line while coaching the star, sources told ESPN.

Over the past week and a half, Lakers management has told the coaching staff to coach Westbrook as the coaches see fit, even if that means pulling him from a game, as Vogel did for the final 3 minutes, 52 seconds of the fourth quarter against Indiana, sources told ESPN.

One source close to the situation described the message from management to the staff as, "You got to do what you got to do."

The coaching staff had been debating whether to pull Westbrook from late-game situations for weeks, sources said, but always refrained because of worries about the lasting impact on Westbrook's psyche.

Indeed, even LeBron James danced around the subject of Westbrook's benching, perhaps not wanting to draw further attention to the indignity for the one-time league MVP.

"Would you think that would bother Russ not being in a late game?" he said, answering a reporter's question with a question, rather than giving a straight answer.

James was left to speak on Westbrook because the 14-year veteran -- who exited the court with 8.4 seconds remaining on the clock -- departed from the arena without speaking to reporters.

Westbrook also had already vacated the locker room by the time his teammates were finished showering, sources said, forgoing any postgame discussion with the team.

Not great! Even without AD in the lineup, you should probably beat the Pacers at home. Even my massively underachieving Celtics were able to do that. The whole situation for the Lakers right now is a bit messed up, despite LeBron looking as good as ever. The drama probably starts with Frank Vogel. When the team publicly comes out and says that they are evaluating him on a "game to game" basis in terms of deciding whether or not to fire him…that sort of tells you they already made their decision. What are they going to learn game to game? So if they win a game where the Lakers have a prayer shooting night from three he'd be safe, but he could then be fired if they stink the next game? How is that a successful approach? The issue here is I'm not sure how much of all this on him. I imagine there are things he could do better in terms of rotations and plays and all that stuff, but did he make the roster? No. LeBron and Rob Pelinka did. Seems like Vogel is just the scapegoat as a result of that roster construction clearly not being the right mix.

Now you have this Westbrook drama to add to the pot. It's not like teams are going to be lining up to take Russ off their hands, so they are kind of stuck. If there's one thing we know about Westbrook, it's that he is a very calm and level headed player. He doesn't get over emotional or anything. My guess is he'll handle this stuff like a professional. I'm not sure how leaving the locker room before anyone gets back and refusing to speak to the media fits into that idea, but that's probably nothing. No reason for concern there as this team moves forward I imagine.

The truth is, the Westbrook experience is just part of the issue. His play hasn't been all that good which is certainly a factor, but I think it would also be incorrect to put all the Lakers blame on him. AD even when healthy was nowhere close to performing up to expectations. THT has regressed. Trevor Ariza, Dwight, and Melo are all old as shit. Honestly, the only true bright spots are probably the fact that LeBron is still a cyborg and Malik Monk looks awesome. It's a collective issue. The problem is LeBron wanted to play with his friends, the Lakers gave up pieces in order to make that happen, and so far it's backfired. Westbrook isn't all that different this year from who he's been these last few years, so it's not like the Lakers didn't know what they were getting.

So what's the answer? I have no clue. I don't see a world in which anyone would take on that contract, but at the same time we've said that before. Contracts that seem untradable still somehow get traded. My question is who is that team? It's not like the Lakers have a ton of picks at their disposal to sweeten the deal. They gave up pretty much all their 1sts for the foreseeable future in order to build this roster in the first place. So do you just ride it out and hope things get better? That's sort of their only option. Is there even a deadline deal they could make that moves the needle? With what asset? THT? Does that get you anything in terms of a difference-making piece?

It's also still true that if AD comes back and is 100% healthy and gets back to playing like the AD we usually see, that combined with a healthy LeBron will still be a team you probably don't want to see in a playoff series. It also helps that they play in the West where the final play in team is 8 games under .500. It's not as if the Lakers are at risk of ending up in the lottery, in fact they still only sit 2 games from being out of the play in. You just have to wonder if this latest Westbrook drama sinks them even deeper, especially with no easy solution in sight other than to just ride it out. So far, that hasn't exactly worked.