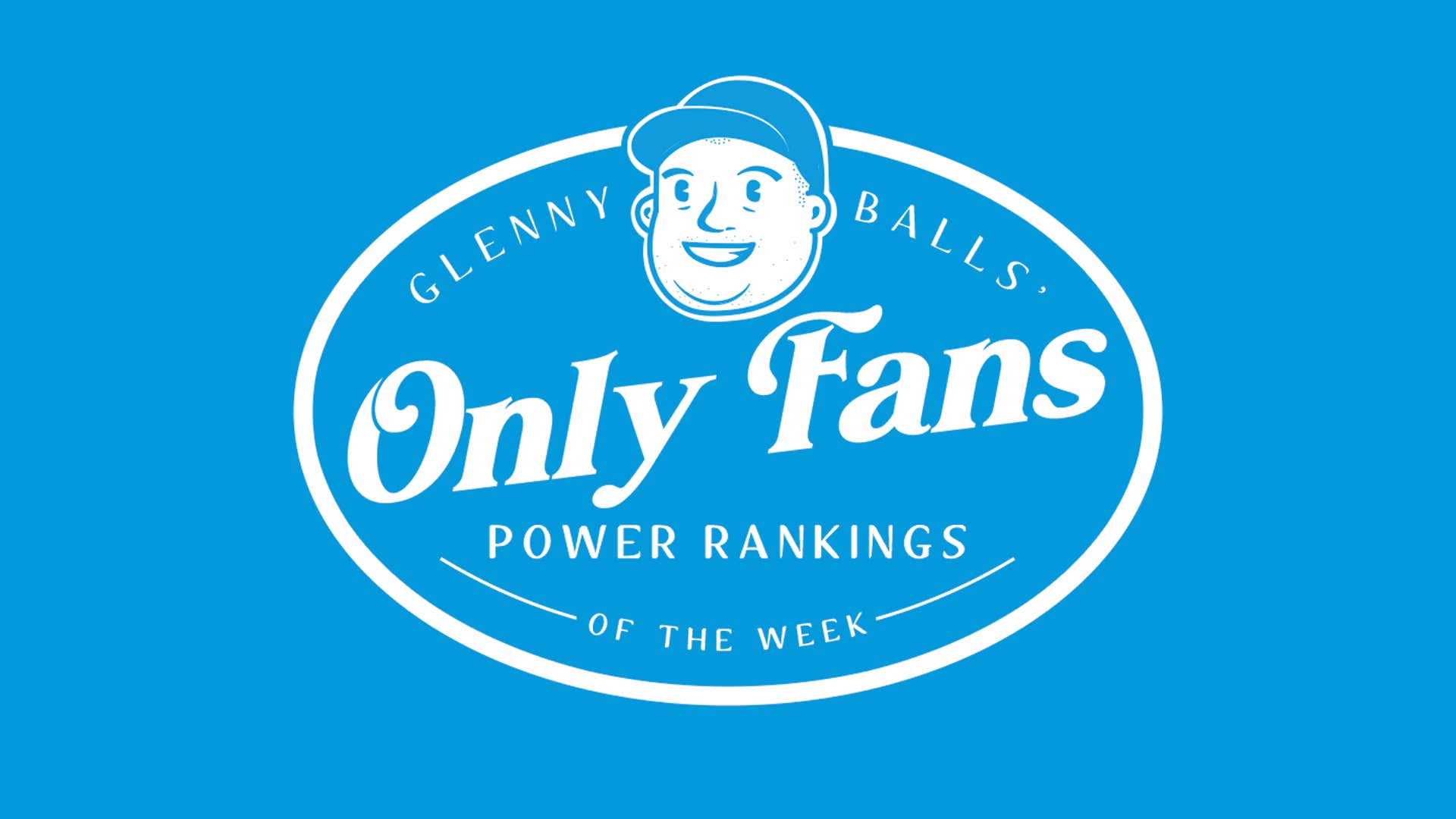 Week 4! Week 4! Week 4! 4th time's the charm, baby! This is an exciting week for these power rankings because now we're really getting into the nitty gritty of these power rankings. We've already multiple people appear twice already so this week I'm gonna try to keep it to all new-comers. There will be some names that you've SURELY heard out there in the wild and some you'll be just getting introduced to today…and as I said last week you could of course re-appear in the rankings whenever it is warranted yet that simply is not this week for anyone. Let's dive in.

Getting back into the more "instagram model" category to kickoff this week with Sophie Mudd and her 2+ Million followers on the ole 'gram. Pretty friggen pimp on her part if you ask me! Now of course where there is smoke there's fire and that's exactly the case with her instagram leading to that Only Fans link. Now we can all obviously go through Sophie's instagram and tell she's a beautiful lady, but the OF needs to be subscribed to as well. Now am I gonna sit here and tell you it's the GREATEST Only Fans ever? Of course not (if you're picking up what I'm putting down with that lingo). Though with the $4 subscription price it is very much more than worth it.

For anyone living under a rock the last few days it seems like friend of the program and big stoolie Richelle Ryan has been ALL OVER the internet after blowing up a Patriots defensive player trying to fly her out post letting up a near 50 burger to the Buffalo Bills in a playoff game. She was not a fan of that, posted about it, and went vi-vi.

Alright so when doing these rankings I think honesty is the best policy so I've said it once and I'll say it again…if we happen to follow each other on Instagram & you make an Only Fans? There is a 300% percent chance I'm gonna subscribe to it. And for some odd reason this wonderful lady Theodora followed me and my former best bud Asa Akira one day & I've been a fan ever since. I truly have no idea how it happened since she's literally from Hungary but I'm not gonna sit here and complain about that- Don't wanna be the guy that's walking around with a virginia ham under his arm but he's crying the blues cause he's got no bread (Shoutout Junior Soprano). And frankly for $18.49 price, which is definitely on the more expensive side for OnlyFans, it's a pretty fire account. Now BRB as I go google the best Hungarian national foods.

And now #2 is from England! We are going goddamn international today on these Only Fans rankings! Now here's the story on this one- I subscribed to her probably over a year ago and eventually cancelled the subscription. Now one of Only Fans' tricks is when you click on your subscriptions you can see your expired ones as well and I saw hers & her profile photo pop up. A jolt of good memories shot back at me & I impulse bought the $4.99 subscription price. A fucking steal is all I'm going to say. Even if she never posts another thing you are still getting more than 1,700 pieces of media for $5. SEVENTEEN-HUNDRED! That's like the stat where if Wayne Gretzky never scored a goal he'd still lead the NHL all-time in points. Amazing. Not to mention I think that picture from twitter (since her IG is private) and the caption there says it all. I'll let the Sun emojis speak for themselves.

If there ever happened to be a Barstool Smokeshow Hall of Fame you know who would be a first ballot inductee? Samantha Aufderheide…this week's #1 overall pick. There is truly no better part of Only Fans than when someone you've been following on Instagram for years finally makes that jump to the big leagues. That right there is the beauty of OnlyFans at its core & couldn't shine through any more on this forefront. And that $10.99 subscription price? That's a HOME RUN.

Is it the craziest stuff you'll ever see? Of course not, but whenever a HOF'er is out there you gotta respect. This is an easy #1 decision for me this week. Like I said with #2 with letting the twitter photo for itself. I'll let that instagram link speak for itself over here.