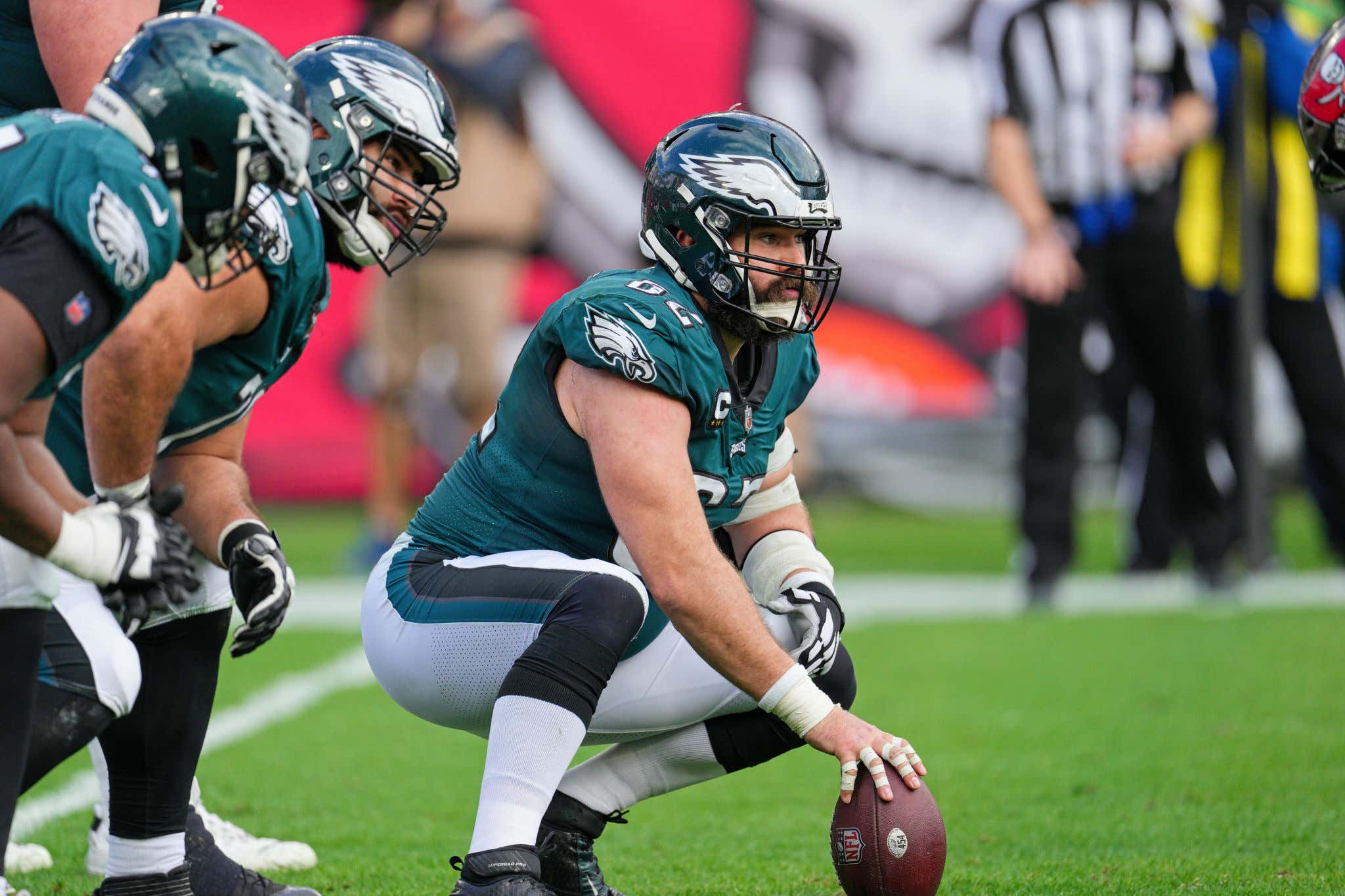 There were plenty of times when Nick Sirianni seemed a bit clueless on Sunday against the Bucs. It was clear that Todd Bowles knew everything he needed to know about the Eagles' offense and he outclassed the Highlighter Bandit for 45 minutes straight. Eventually the game was out of hand and the Eagles put up a few points in the 4th quarter when the Bucs' D didn't give a shit anymore. But yeah, it just wasn't one of those days that inspired a ton of hope in the head coach.

This move, however? Well this is a guy who knows his locker room. This is a guy who gets what makes his players tick. Trying to find a way to get Jason Kelce not to retire this offseason is paramount. He's a future Hall of Famer and was a first team All-Pro this year. You need to keep Kelce in the locker room for his talent, for his leadership, and to continue mentoring whoever is heir will be. Whether that's Landon Dickerson or if the Eagles spend one of their draft picks on the center from Iowa. Either way, this organization is significantly better off with Kelce in the locker room than relaxing at home.

So how do you convince the 34-year-old to put his body through another season? Easy. You speak his language. Have a couple of kegs delivered to his doorstep so he has something to drink for the rest of the day. It might get a little pricey if Kelce drags out making a decision and you have to keep sending him two more kegs every day. But this is the same organization that gave Carson Wentz $128 million so they clearly don't care about wasting money.

It's a crazy idea, but an idea that is so crazy that it might just work. I guess it just all comes down to what type of beer he filled up those kegs with. You can never go wrong with some great tasting less fillings.