They always say "there's more than one way to skin a cat". The issue with that saying, however, is that I hate cats. Also I'm not exactly down with eating cats. So when it comes to cooking steaks, there's really only one way to do it. And that's in a cast iron skillet. Is there a time and a place for the grill? Surely. If you're firing up some skirt steak for carne asada, absolutely. But if we're talking about a nice thicc ribeye, it's cast iron all day every day. There's literally never any reason to break out a sous vide and cook your meat in a plastic bag submerged in hot water. Putting it in the oven to get up to temp is just an unnecessary extra step.

The cast iron skillet is quite possibly the greatest invention in human history. The even heat distribution. The ability to get screaming hot to provide that final sear all across the surface of the steak. The only downside is that you can't cook 100 of them at the same time. That is, of course, until the World's Largest Cast Iron Skillet made its way into our lives. Look at the gosh dang frickin' size of this thing. 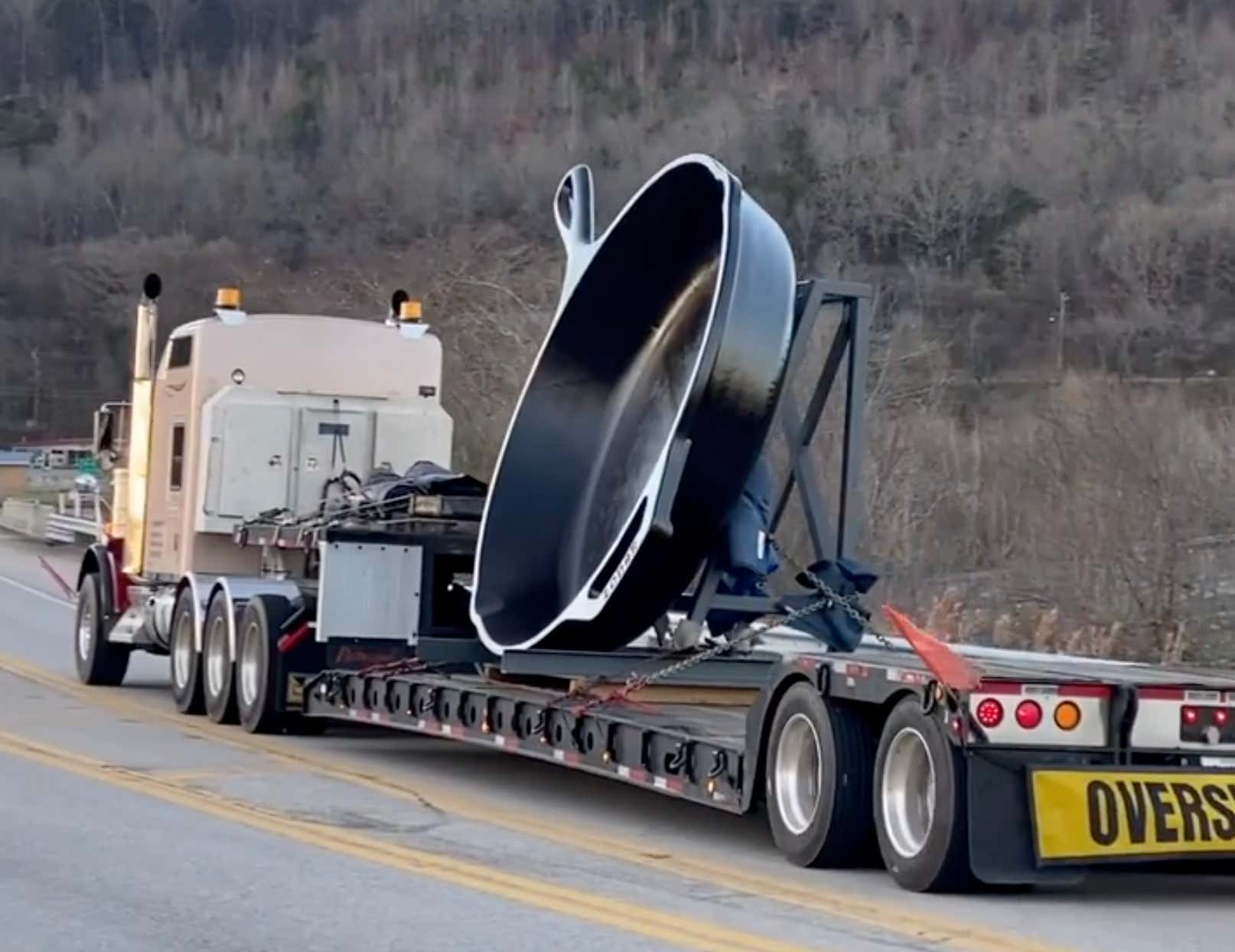 You could load that bitch up with all the massive tomahawks you want. Want to whip up a batch of cornbread in a cast iron? Have fun feeding your entire county. Fry up some chicken? Sure, you'd need enough canola oil to fill up a swimming pool, but you could load that bitch up with an entire coop of chickens without bringing the temperature down. Crisp up some brussels sprouts? Oh lord I'mmabouttabust.

My new life goal is to National Treasure this skillet. Who gives a shit about the Declaration of Independence when you can steal the world's largest cast iron? I'll now be accepting applications to my heist crew. Gotta have at least one nerd, one brutally dense lunk who just provides muscle and some physical comedy, and one hot chick. Everybody knows that's the secret recipe to a great heist crew.