AEW Women's Champion Dr. Britt Baker (D.M.D.) lives quite the double life; on Mondays/Tuesdays/Thursdays, she's in the office as a full time dentist, giving root canals, fillings, cleanings, you name it - and on Wednesdays/Fridays, she's in the ring at Dynamite or Rampage giving out the lockjaw.... 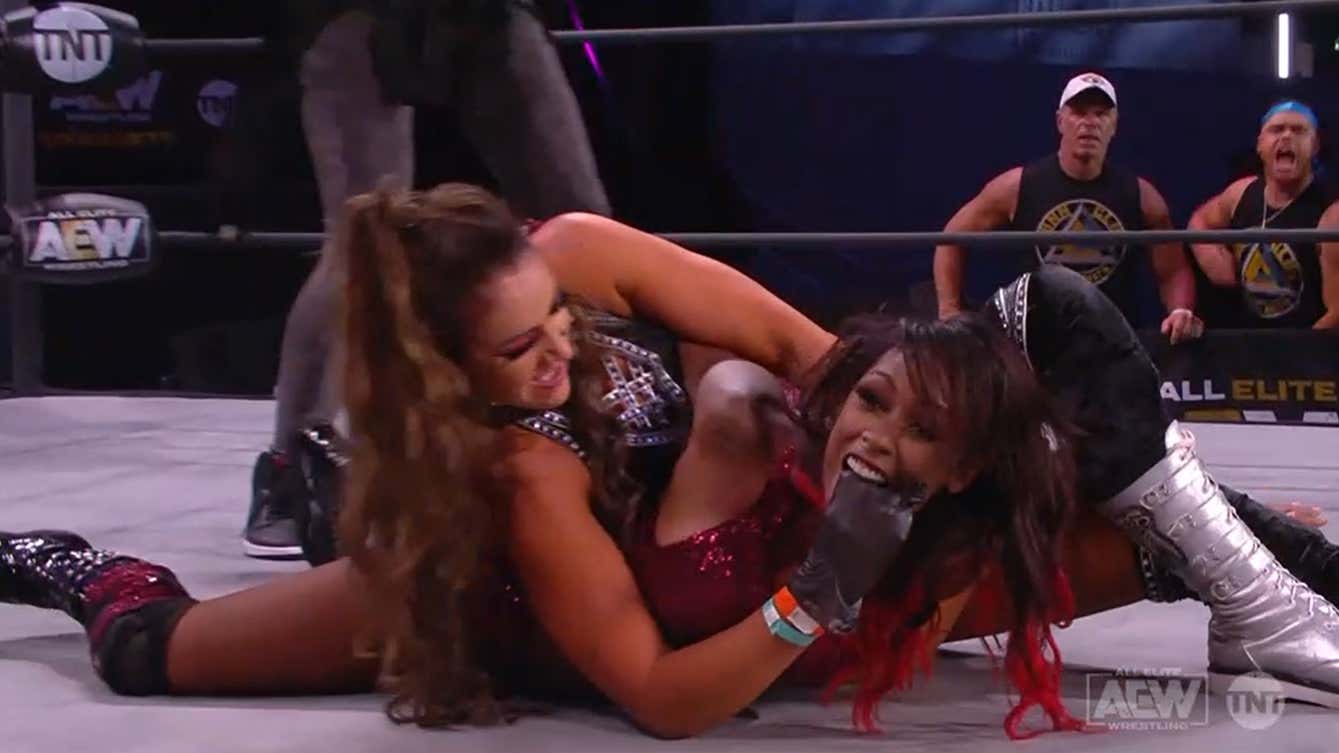 It seems that because of this unorthodox celebrity dynamic, some fans have decided to book intro appointments with her just to get a selfie/autographs, which is pretty fuckin weird in my mind. She was nice about it in the interview above, and said it's 'flattering' but she's really gotta work and doesn't have time for that, but I don't have to be as nice and will say please don't fuckin do that. Just be normal. Go to your local dentist with good reviews online and then meet Britt Baker at a signing or show or something.

Britt was great on My Mom's Basement, though, and we discussed her finally being alongside Adam Cole on-screen, Johnny Gargano/Candice LeRae training her, how Johnny Depp and Captain Jack Sparrow have inspired her character….

….and even her parents reaction to the Lights Out match, and much much more! It was a good one - check it out now!