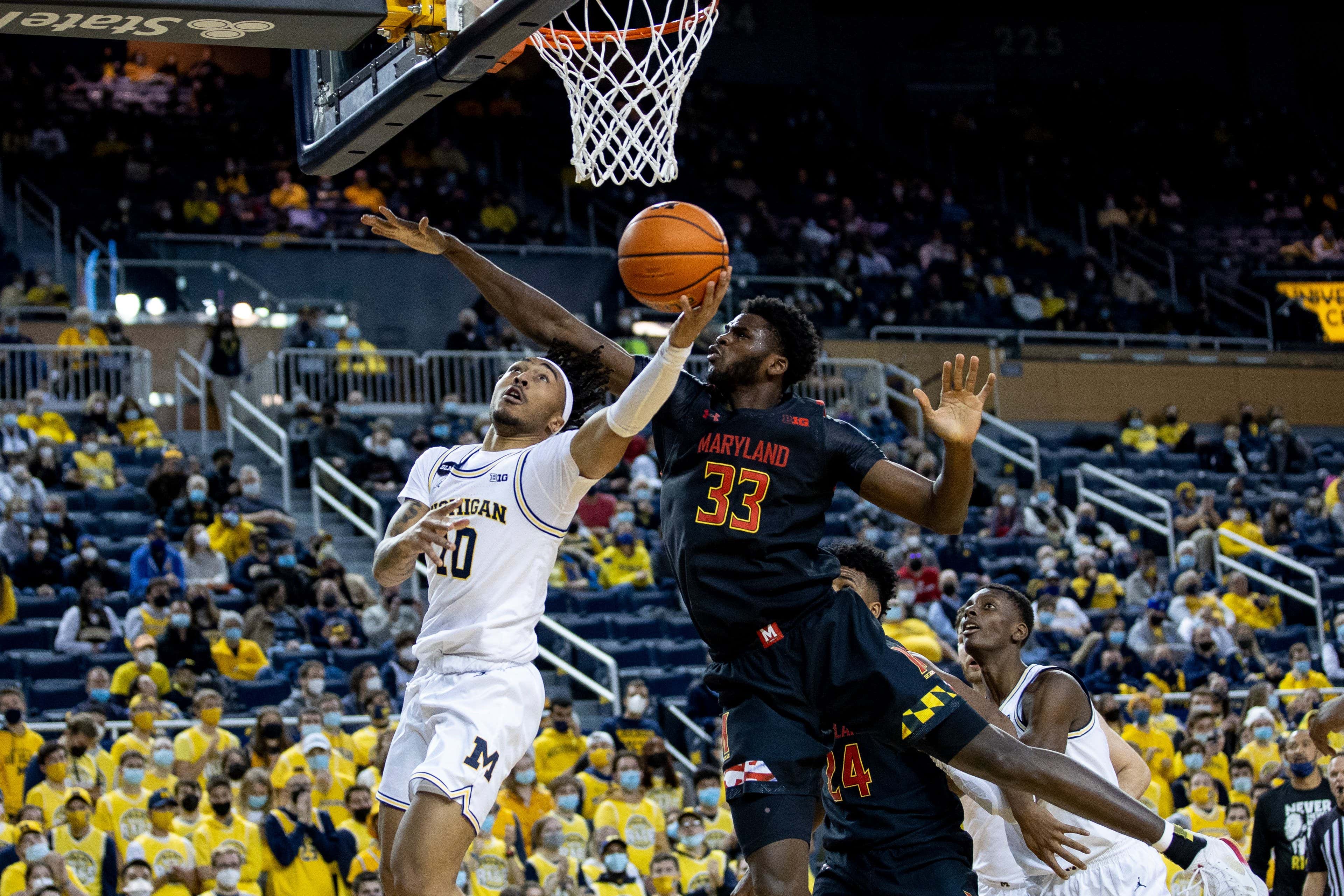 Michigan basketball in 2022 has been a disappointment. I hate being that critical, but I also have to tell the truth. This was a team that many people believed had a Final Four ceiling, and currently, if the season ended today, they would be on the outside looking in regarding their NCAA tournament standing. But last night, they played what was far and away their most impressive game of the season. In my postgame video, I did say that Maryland is not a good team whatsoever. Still, considering all the ups and downs that Michigan has had to go through this year with injuries and underwhelming performances, and even Covid, I thought that it was pretty darn impressive for them to punch Maryland in the mouth the way they did. It begs the question, can this team turn things around? Now, by "turn it around," I don't mean Final Four. That's not going to happen this year. I've seen enough of this team to make me believe that this is not going to be a group that will make a deep NCAA tournament run. But can they make the tournament? They can, but they're going to need a lot of things to go all right.

First things first, Hunter Dickinson will have to play the rest of the year the way he played last night. I think Dickinson has gotten some unfair criticism. His numbers across the board have been better than a year ago. Expectations have just been higher, and the team's performance has been underwhelming. Last night he was dominant against Maryland, putting up 21 points with six rebounds and a career-high six assists. He's going to have to be that way for the remainder of the year.

The one thing about this Michigan team that separates them from some of the underwhelming teams of the Beilein era is I don't believe that this team is suffering from a talent problem. This is a team made up of very talented players, several of which were hot commodities on the recruiting trail a year ago. It's not a talent problem, but when you have so many young freshmen, if you want to be a tournament team at some point, the freshmen will have to stop playing like newcomers. What excited me about last night was that we saw steps forward being taken by Caleb Houstan. We saw a great game by Moussa Diabate, and Frankie Collins has filled his role quite nicely as the backup point guard for this basketball team.

Juwan Howard has gotten a fair amount of criticism this year, and I'm sure he would be the first to admit that comes with the territory. But I'll stop believing in this program when I stop believing in the talent. If you put a gun to my head and asked me if I think this will be a tournament team right now, I would say "no." They just put themselves way too far behind the eight-ball with some of those ridiculous early-season losses, and the brunt of the Big Ten schedule is still to come. They're going to have to climb themselves out of the abyss just to put themselves back in the bubble. But I do think there is some hope. Devante Jones, who so many people believed was going to improve over Mike Smith, has finally started to turn a corner just a little bit. It feels like there's life again. I hope it's not too little too late.