The most valuable baseball in Atlanta Braves 21st century history is on the market. If you have at least $25,000 burning a hole in your pocket, you could be the proud new owner of Jorge Soler's home run in Game 6 of the World Series.

Nobody has bid on the ball so far, but I'm incredibly curious to see what kind of price this ends up fetching. Even to just a general baseball fan or memorabilia collector who isn't a Braves fan, this is probably the most valuable baseball up for grabs in quite a few years.

But Soler has to be the one to win this auction, right? Sure, it sucks he has to pay however much it ends up costing for a baseball that he hit, but that's America, baby. I don't begrudge anyone for making some cash from a baseball they caught — or more accurately, retrived from across the street after Soler hit it clear out of Minute Maid Park.

You can even see the mark he left on that poor baseball on the auction website. 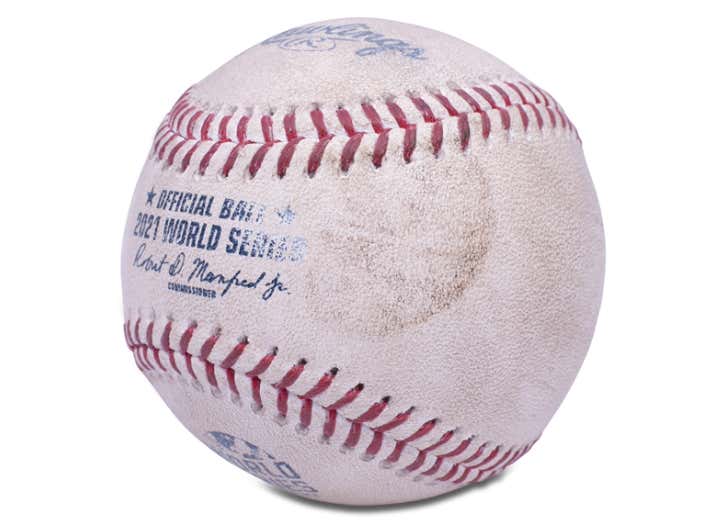 He's certainly got the money to get the ball back, though, and I am virtually certain he will never hit another ball of greater importance in his career. Just pony up whatever it takes and get that one back for the trophy case.

Whoever ends up with the ball, I could watch the clip of that homer 10,000 more times and enjoy it even more each time. Thank you, Jorge, you beautiful son of a bitch.