Growing up you'd be fighting with your little brother and you knew you'd have to pull your punches or else you'd end up in deep shit with your parents if you actually hurt him. Can't let one of those punches get loose and make a clean connection or else you'd be grounded for the foreseeable future.

Life for Zdeno Chara is just one giant fight with his little brother. All 44 years of his life so far, he's had to pull those punches or else he'd end up in deep shit. Fortunately the NHL still allows you to fight, but I don't know how far the league could go to protect Chara if he actually let loose one time and killed a guy.

Credit to Zack MacEwen for dropping the mitts and getting after it with Chara. Not that he really had any say in the matter but he still could have been a coward and kept his gloves on. So he answered the bell, gave it his best, and still ended up in the kill zone here. Not a spot that anybody ever wants to find themselves in. 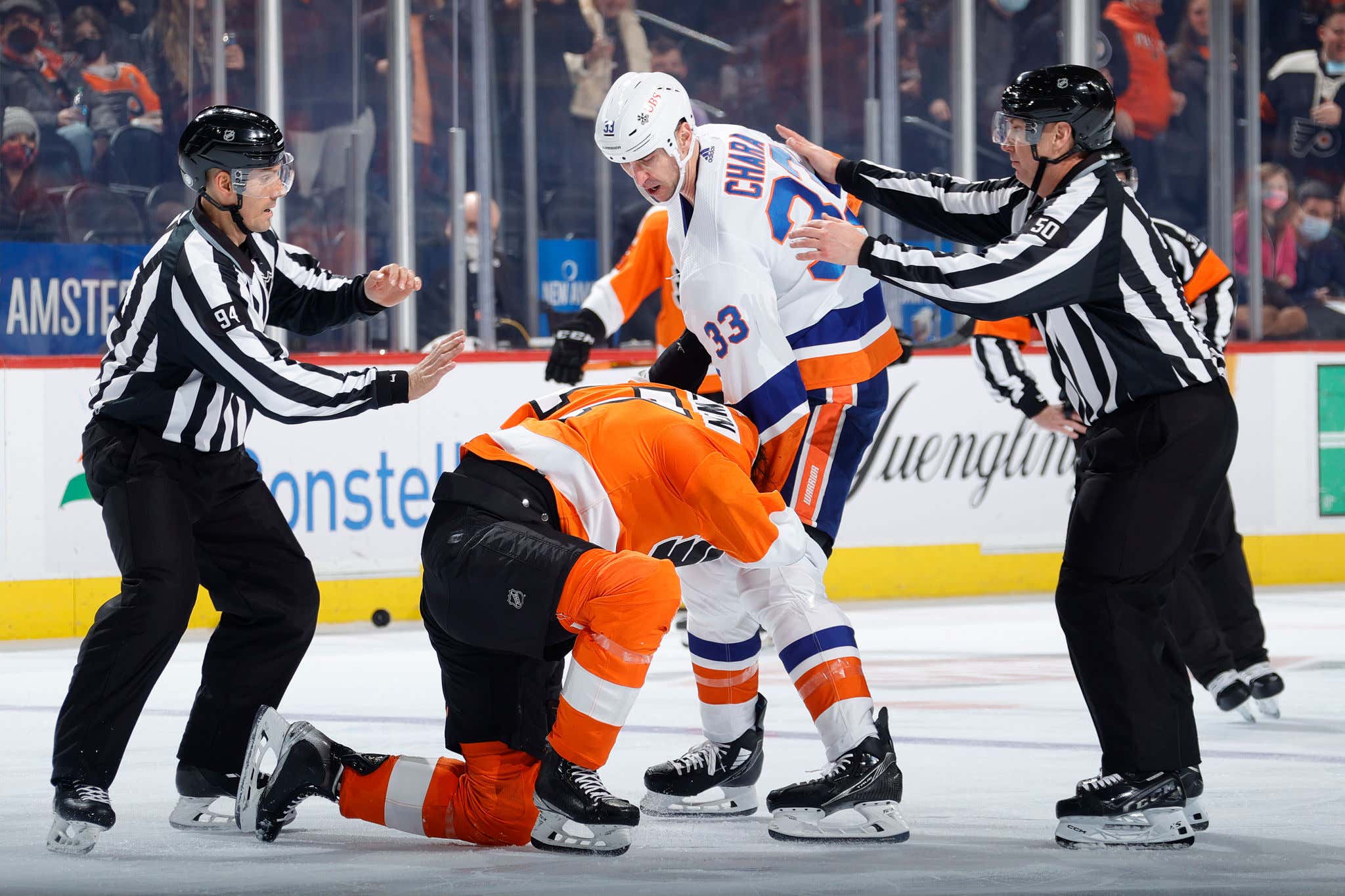 Down on a knee, sweater over your head, a 6'9" Big Z towering over you with his right hand cocked back. Like I said, life for Zdeno Chara has been 44 years of pulling his punches. 44 years of probably being able to kill a guy with his bare hands if he wanted to, but choosing to show some mercy instead. That has to be exhausting after a while. A lesser man would lead the league in career manslaughters at this point.

Sidenote: Look at the shit eating grin on Mayfield's face when he realizes that MacEwen is going to have to answer to Chara after that hit. 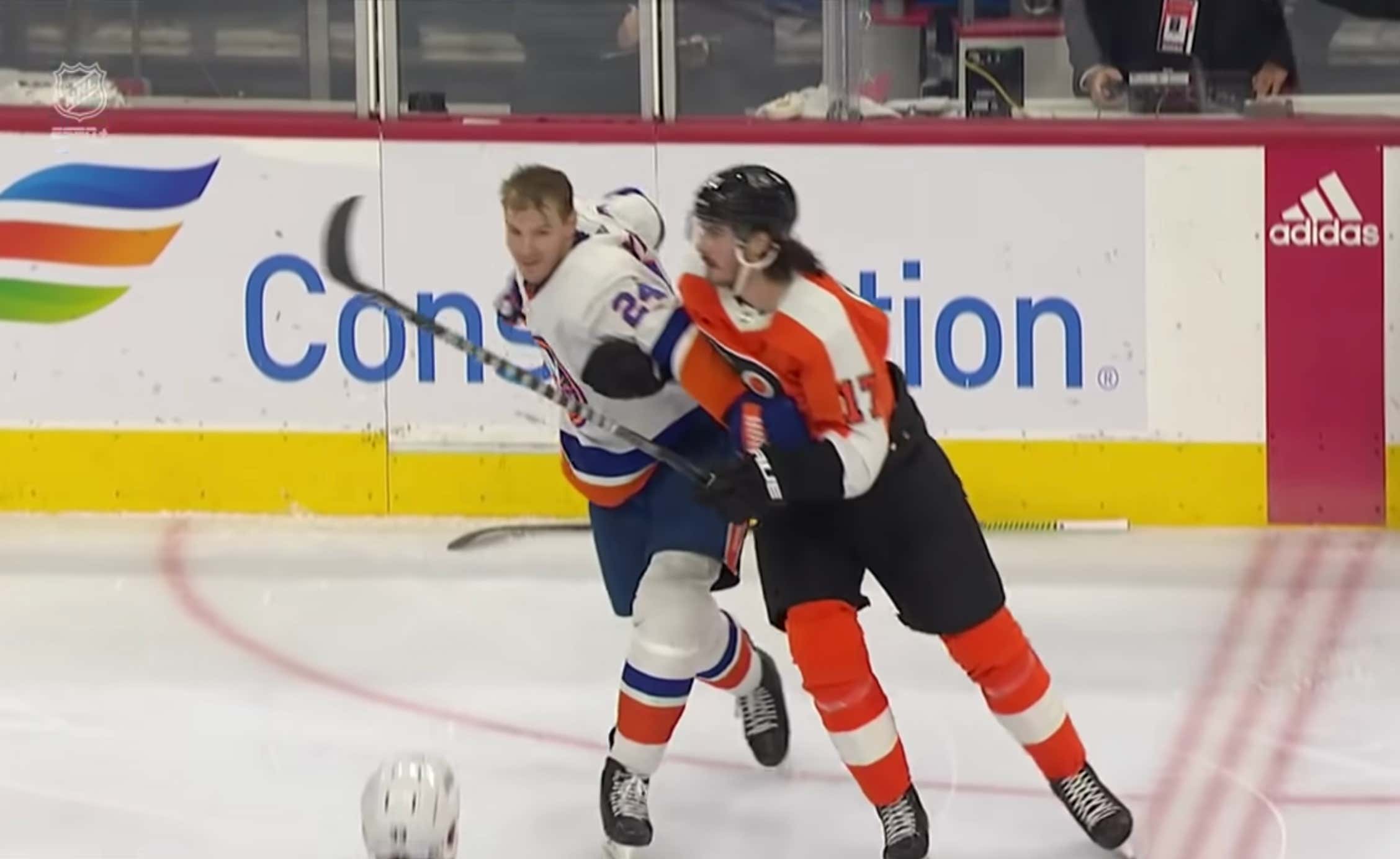 You can see it in his eyes. He knows exactly what's about to go down.