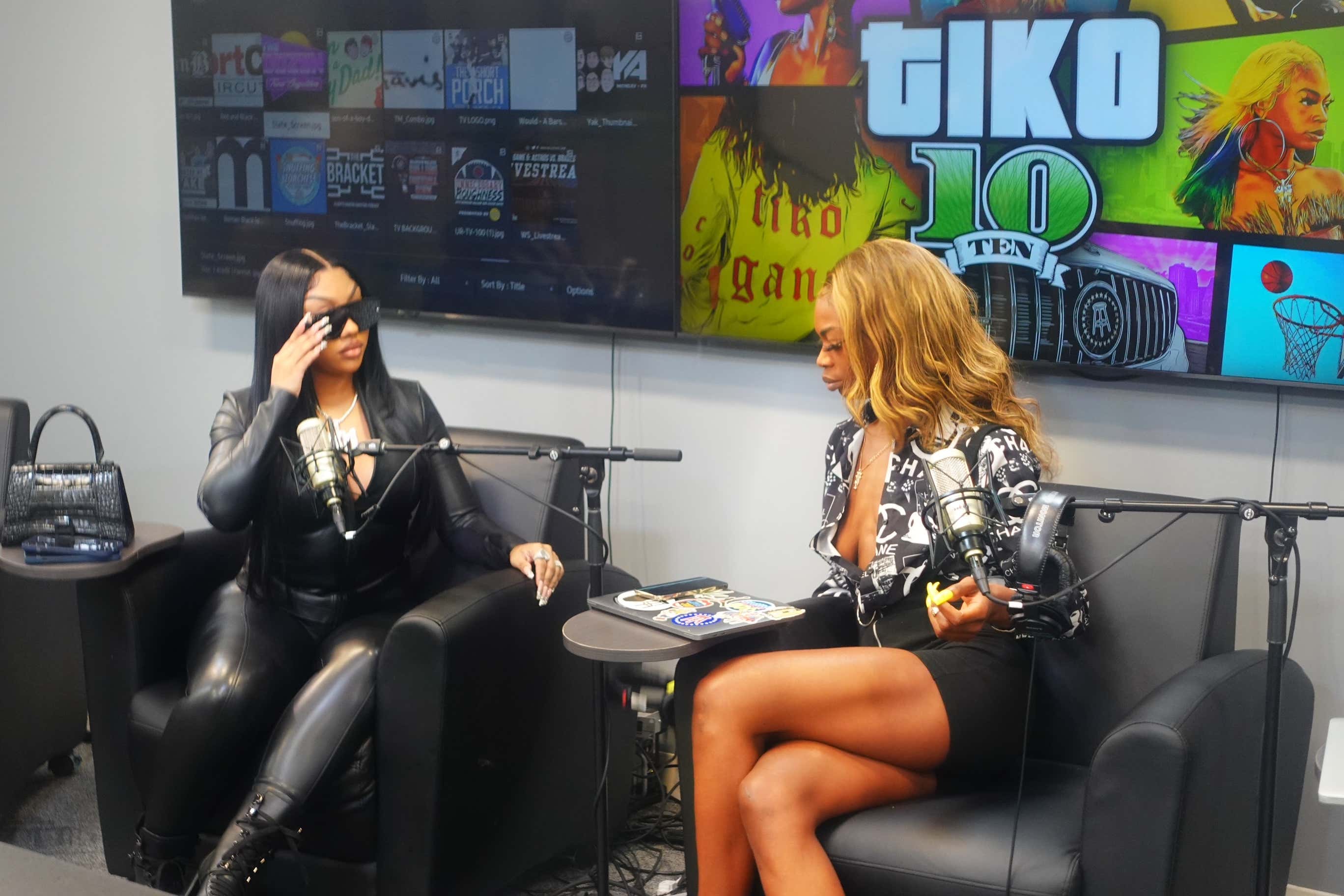 It was the week before last. I FaceTimed my unofficial yet couldn't be more official Publicist, Ryan. He said he was feeling a bit under the weather, we chatted for a few before he dropped a big bomb on me. He told me his client, Ariana Fletcher would be in NYC the next following Friday. I was shocked. I knew Ryan was plugged in big time, but I had no idea who his clients were. I never asked, as our business relationship has always been genuine, so I haven't felt obligated to know anything more than what was told to me. I managed to get out "Damn, that's what sup" through my shock. "Yeah, You think she could come to Barstool?" Ryan said. My heart dropped, fluttered, and squeezed all at the same time. This would be my biggest interview to date. This would be the beginning of my journalism career. I didn't know how to react. Was he being for real? Ryan isn't officially my publicist yet, so why would he do such a big thing for me? How could I be so lucky? When I met Ryan Halloween weekend, for Rolling Loud NYC with Fat Nick, I had no idea that 2 months later he'd be bringing me one of the biggest social media influencers in the game to interview. After we hung up the FaceTime, I went ahead and put Ari Fletcher out of my mind as a pipe dream, thinking that there's no way it could be a reality. I know Im Tiko Texas, but I still feel normal. Regular. It was crazy to think I could have someone so big (5.5 million followers) on my podcast, so early. Thursday came around and I was at work recording for The Tiko Ten, when Ryan sent over a text "We still good for Ari tomorrow at 2?". I dropped my cell phone. EXCUSE TF OUTTA ME? This is a reality? Im not on Pranked? Ashton Kutcher, come out before I seriously have a heart attack. My mind started running a million miles an hour. What will I say to her? Will she like me? What will I wear? I went home and immediately started on my research. I could only find one interview, the DCMWG interview that caused so much controversy. I googled on Ari until I finally fell asleep around 5am.

I woke up the next morning in a frantic. It was 11am, my nails were broken, I had no outfit ready, hair was a mess and I had 0 questions, and was interviewing her in 3 hours. Great. I buckled down and got the questions ready as I headed to the nail shop. The nail shop took so long that I started getting crazy anxiety. The clock read 1pm. I was still in Brooklyn, a 40 minute train ride from work and still had to shower, get ready, find an outfit and do my hair. I contacted my homegirl Moe, for help and she was there within minutes. 1:45pm read the clock. Ok, I have to go and I have to go now. Hair not ready, eyelashes not on, I jumped on the train and headed to Barstool. On the way, I thought of how much I appreciated her and my unofficial yet official publicist, Ryan for doing this. I decided to show my appreciation. I stopped by a flower shop. One dozen roses for Princess Ari, One hanging houseplant for King Ryan. When I go to work, the anxiety damn near took me under. I freaked out in the restroom as I struggled to focus enough to do my baby hairs. I wanted to throw up, scream, run a marathon. Ebony at the front desk talked me through my anxiety attack, and Im grateful to her for doing that. Next thing you know Ryan's calling me. Him & Ari and their team are downstairs. Fuck. I sent Moe to get them, as I can barely stand straight at this point. I never get star stuck, what was happening? Oh, Maybe because when Im with the celebrities, Im partying with them. Smoking with them, drinking with them. This was different. I was working with Ari. I was building with her.

Ryan and Ari walk in and I want to pass out but I don't. I walk up to them and give them hugs. Ari's hug felt so good that I didn't want to let go. She felt warm, safe, secure. With her openness, she easily calmed my nerves. Ari has a beautiful smile and a beautiful energy about her. I took her hand and walked her to the green room, and then walked her to the restroom. Ari called me beautiful in the restroom and it really warmed my heart. I wanted to kiss her right in that bathroom, that's how inoxticating her energy was, but of course that's not professional and even a potential lawsuit so I kept my hands, lips, and thoughts to myself lol.

Next thing I know, we're headed to Barstool's radio room to do the podcast, and all my nerves seem to melt away. Ari's cracking up at me every minute, and Im loving our energy. The interview went smoother than a baby's bottom. I wanted Ari to open up to me, and she did. I didn't want to come off as aggressive or looking for a soundbite. I just wanted it to be natural. Its not about getting on shade room, or going viral. It was about building a connection with Ari, and make sure that she was comfortable, that was my main priority. I wanted her to walk out the podcast happy, and not worried about how her words were going to spin out. She talked to me about business, motherhood, her past and her future. It was an easy interview because our dynamics went really well together. 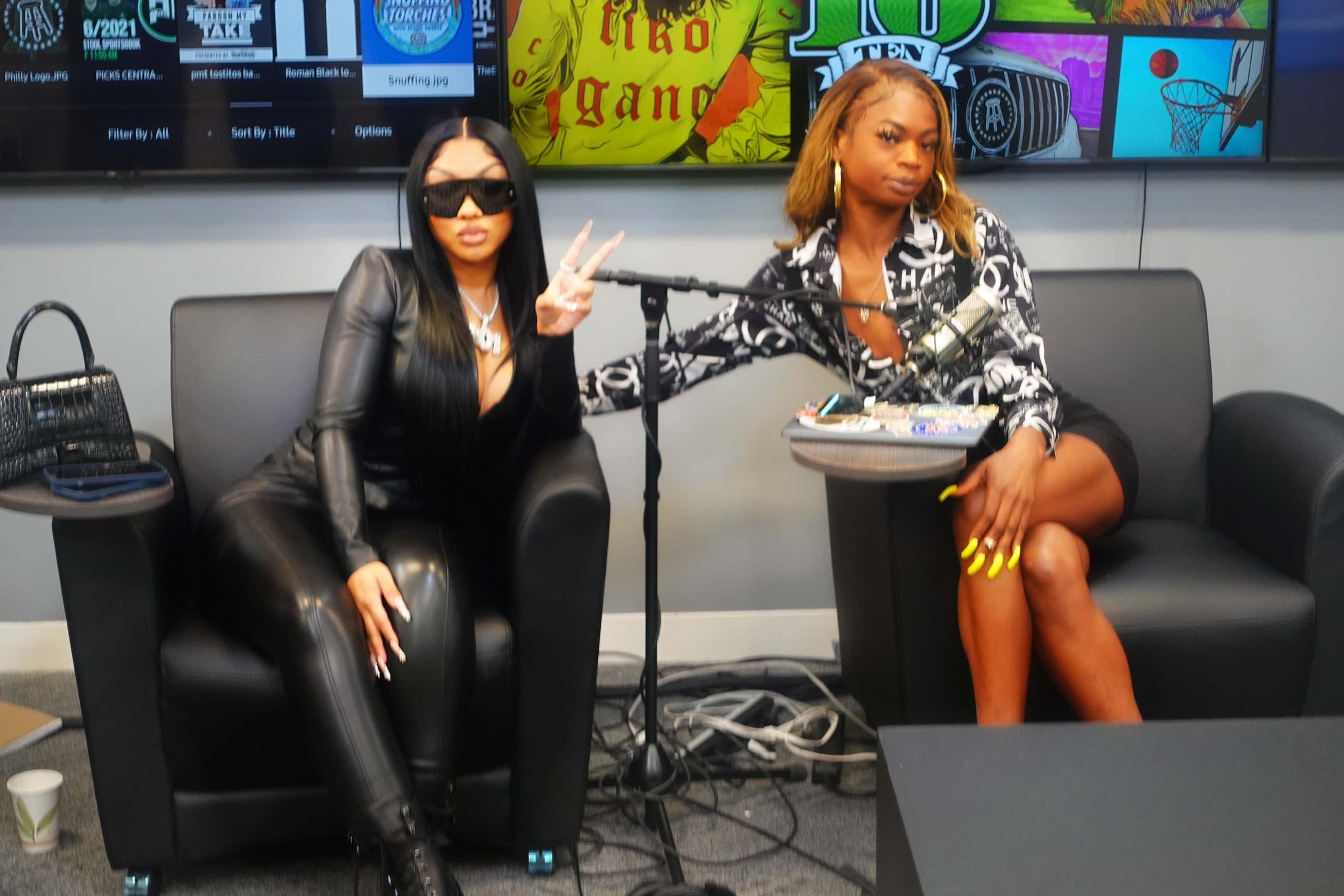 At the end of the interview, we hugged and I didn't wanna let her go. I had made a new friend, while making some truly fire content and that made me so happy. I was sad when she left, and she hugged me and told me she'd be back in New York, I flashed her a smile as her big energy disappeared down the elevator shaft. After she and her team left, I sighed of happiness and contentment, letting all the feels rush over me. I felt so overwhelmed, that I fell onto my knees onto the dressing room floor, shaking of excitement and happiness. It was done. and It was done well. Couldn't have went better. A single tear dropped as I thought of how much Ive fought, shed blood, tears and sweat to be in the position that Im currently am. I looked up, realizing there was no team to celebrate with. It's all just on me. All the emotions I have to feel by myself, and it was overwhelming. Thank you Ari for coming, Thank you Ryan for setting it up, and Thank you Jetski for editing the podcast. Tomorrow might be shitty, and fuck it. I might miss my train, lose my lover, and make bad decisions. I might be sad and spend all day in bed. But its days like today.. that keep you believing in something. Its days like today that keep me believing in myself. Lets take it to the moon, baby. Lets take it to the moon. 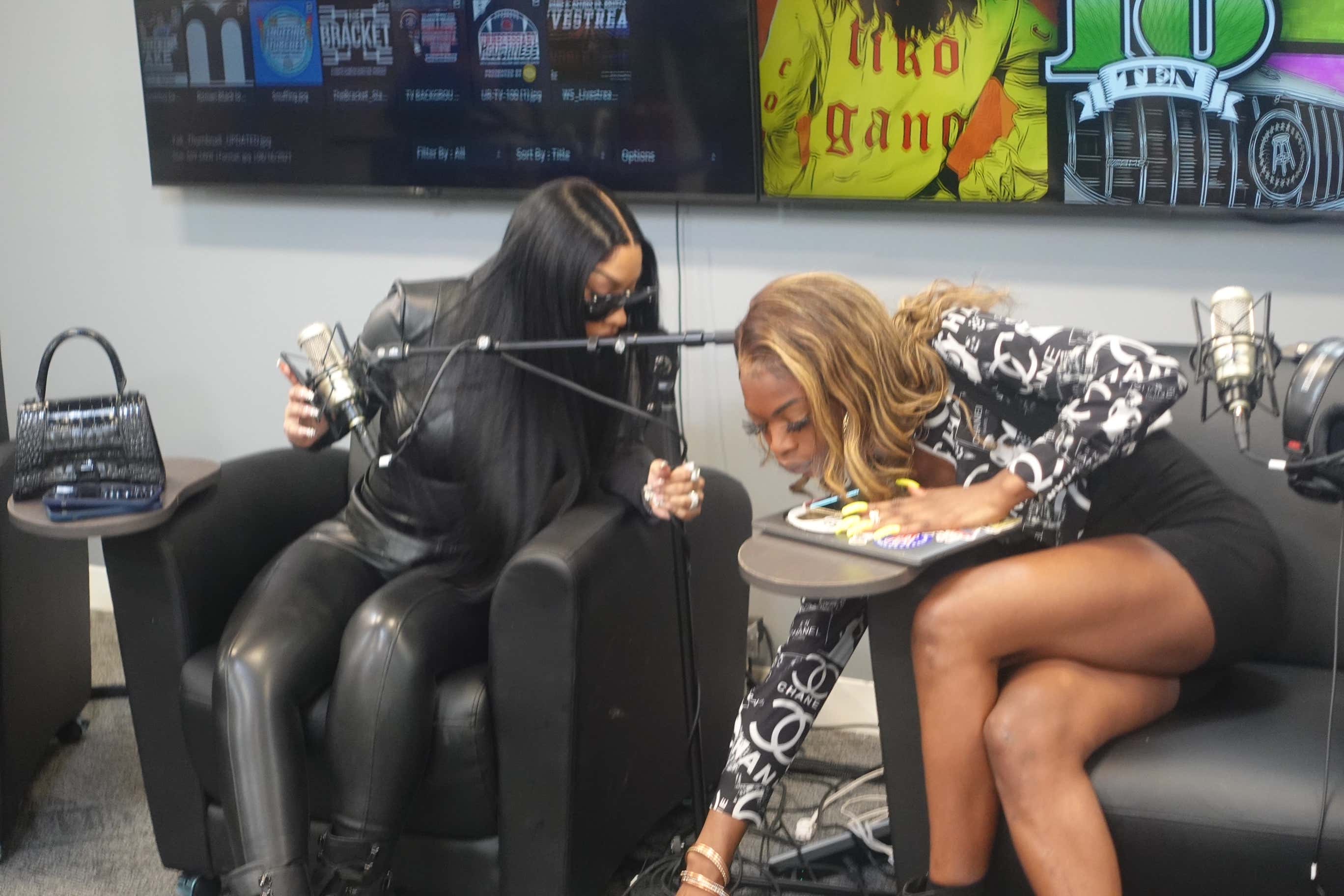 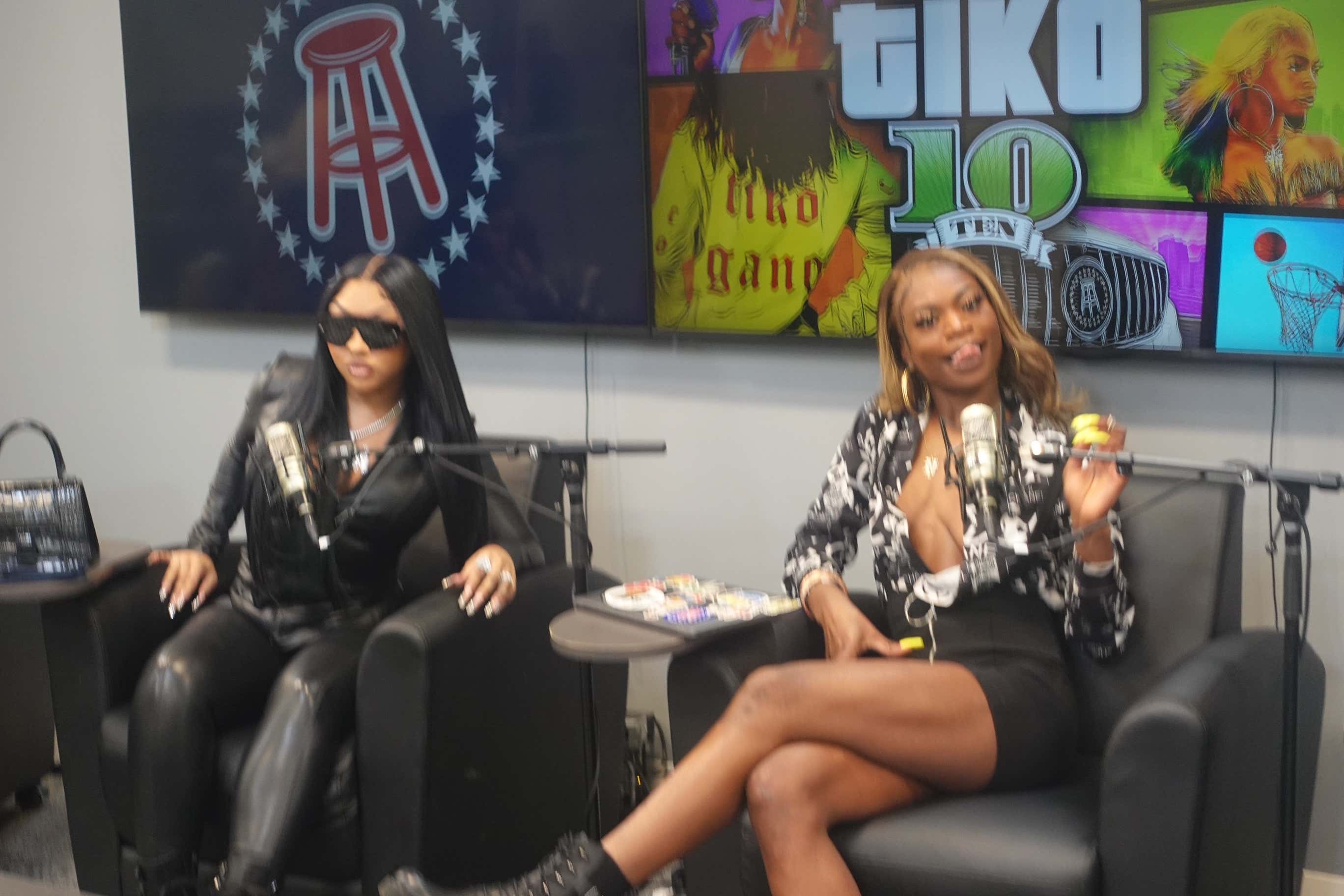 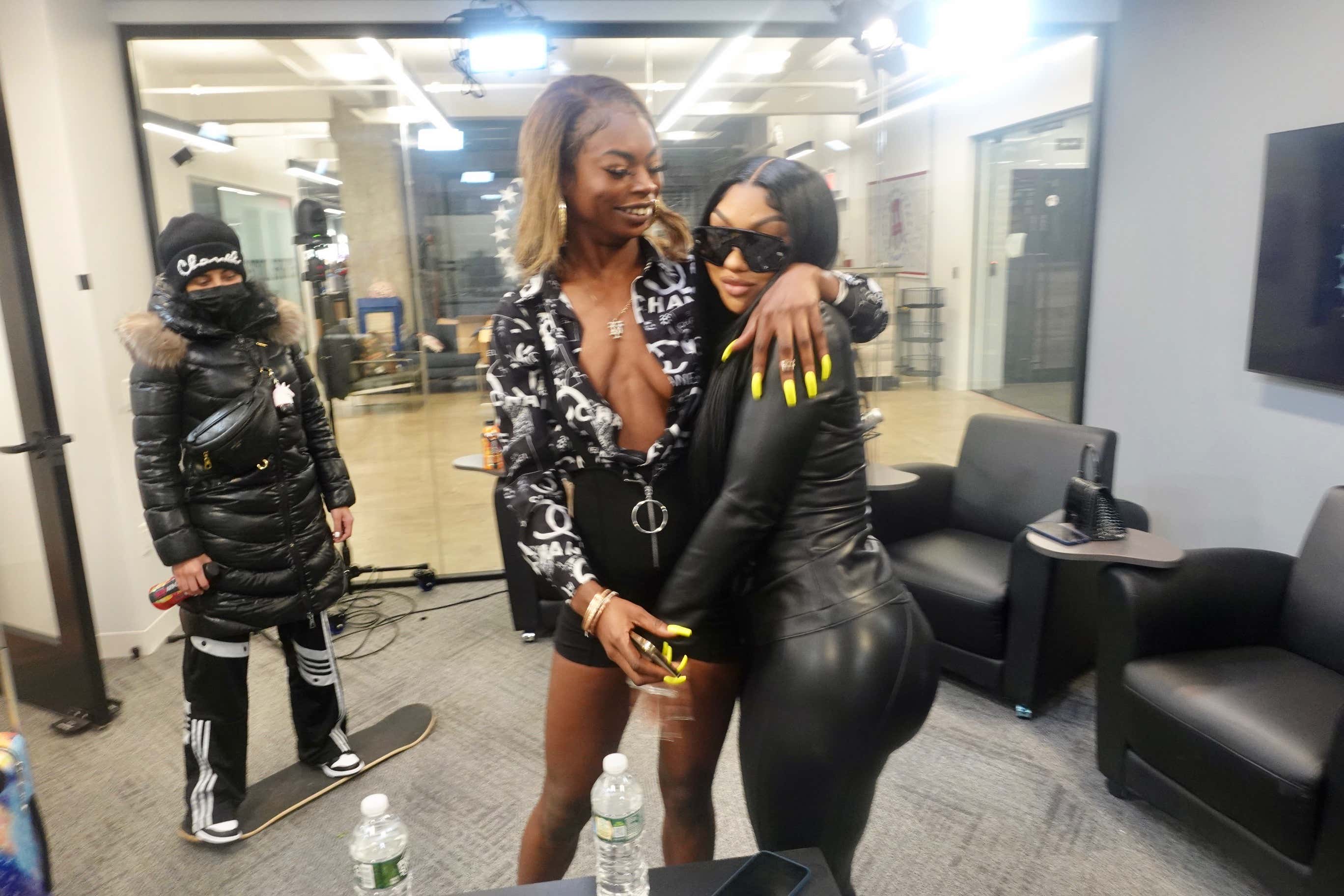 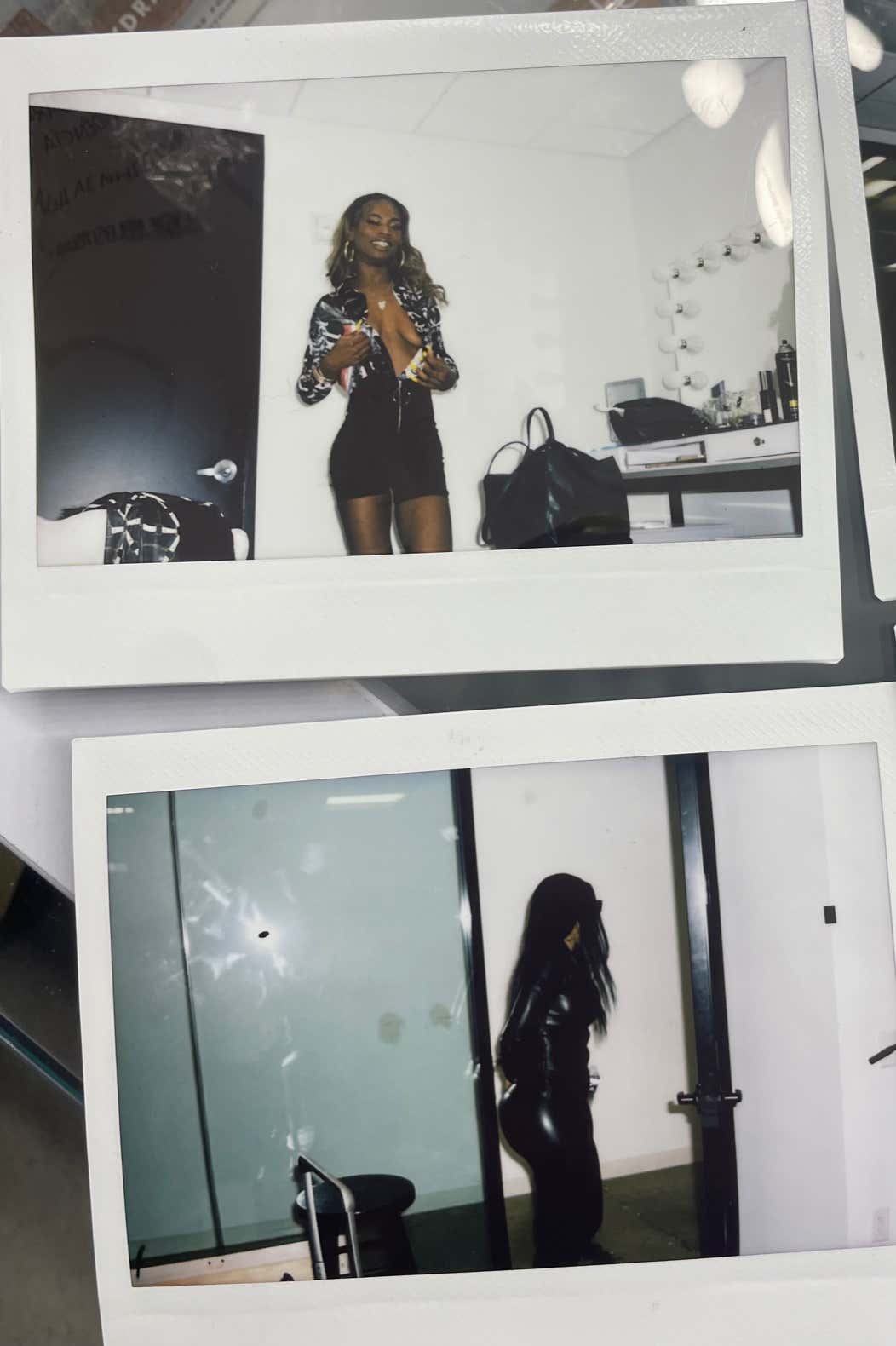 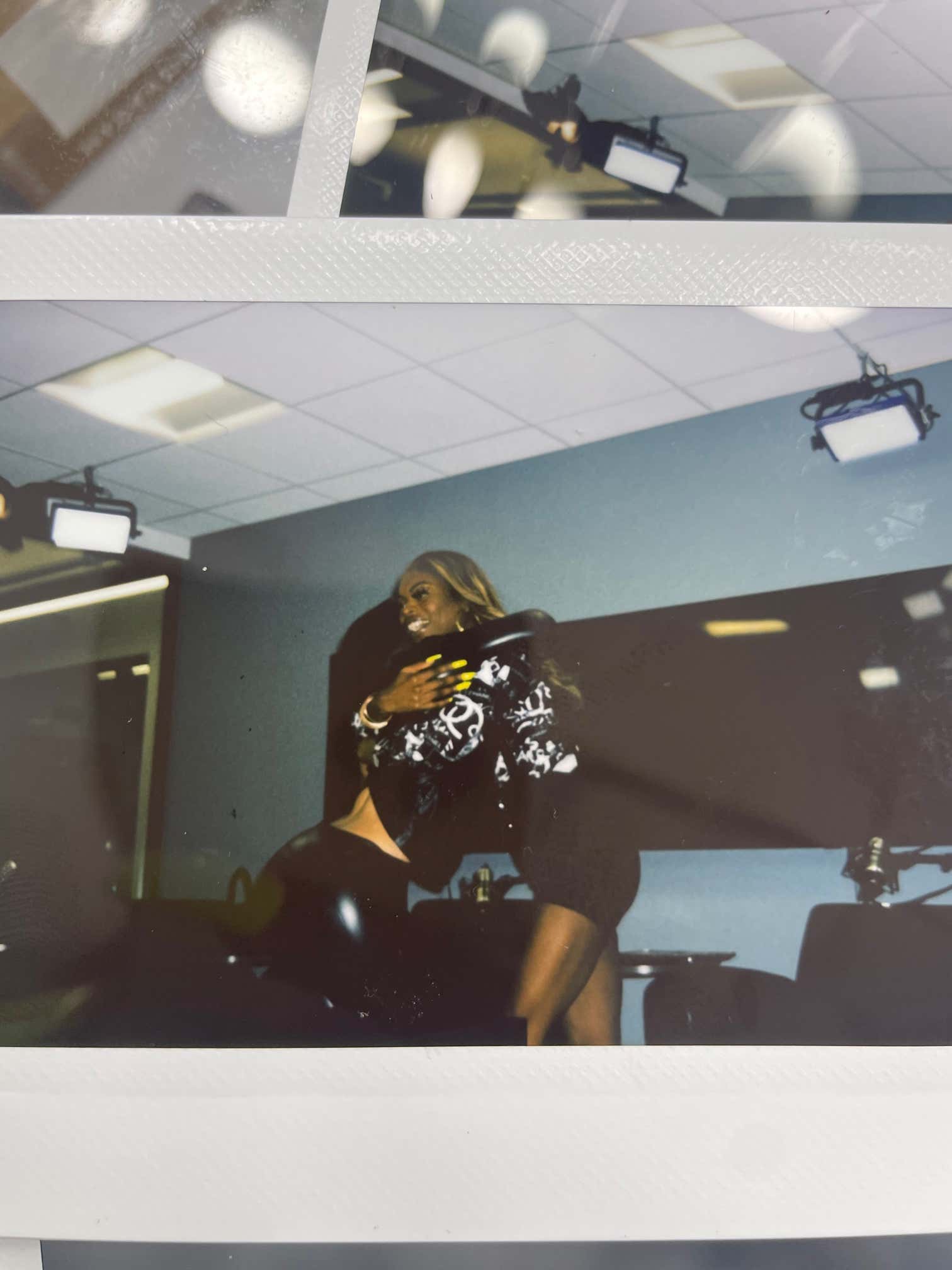 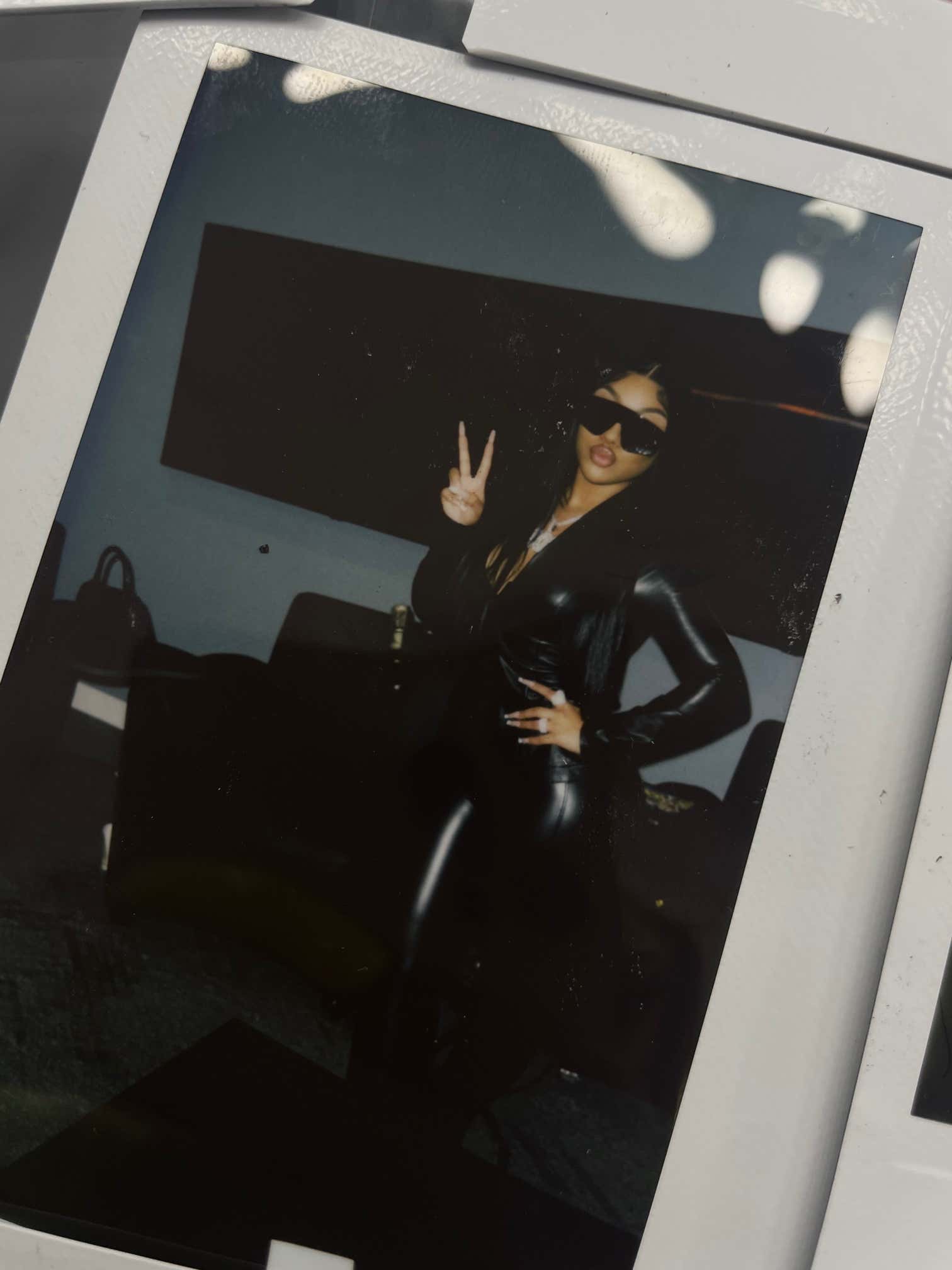 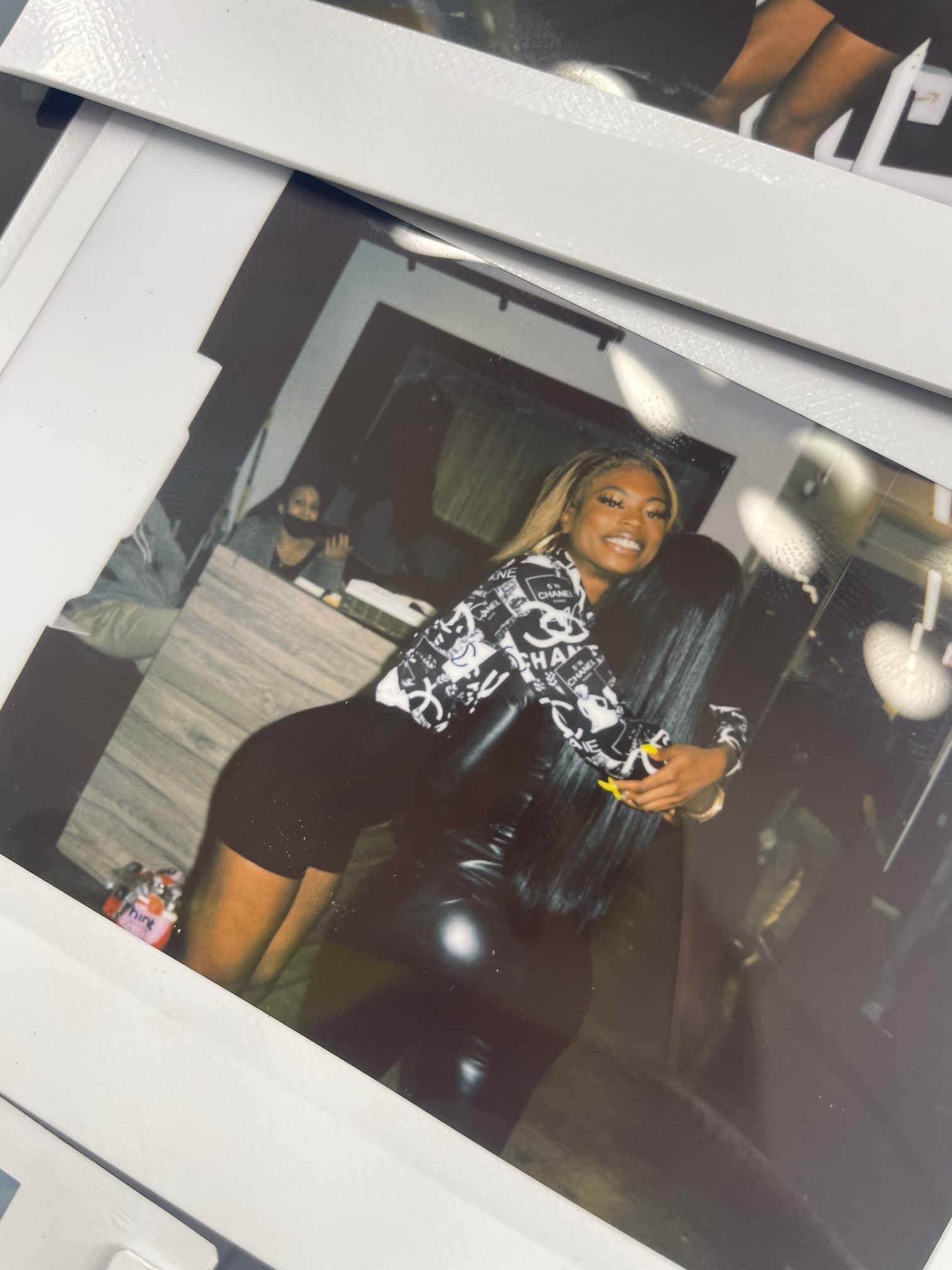 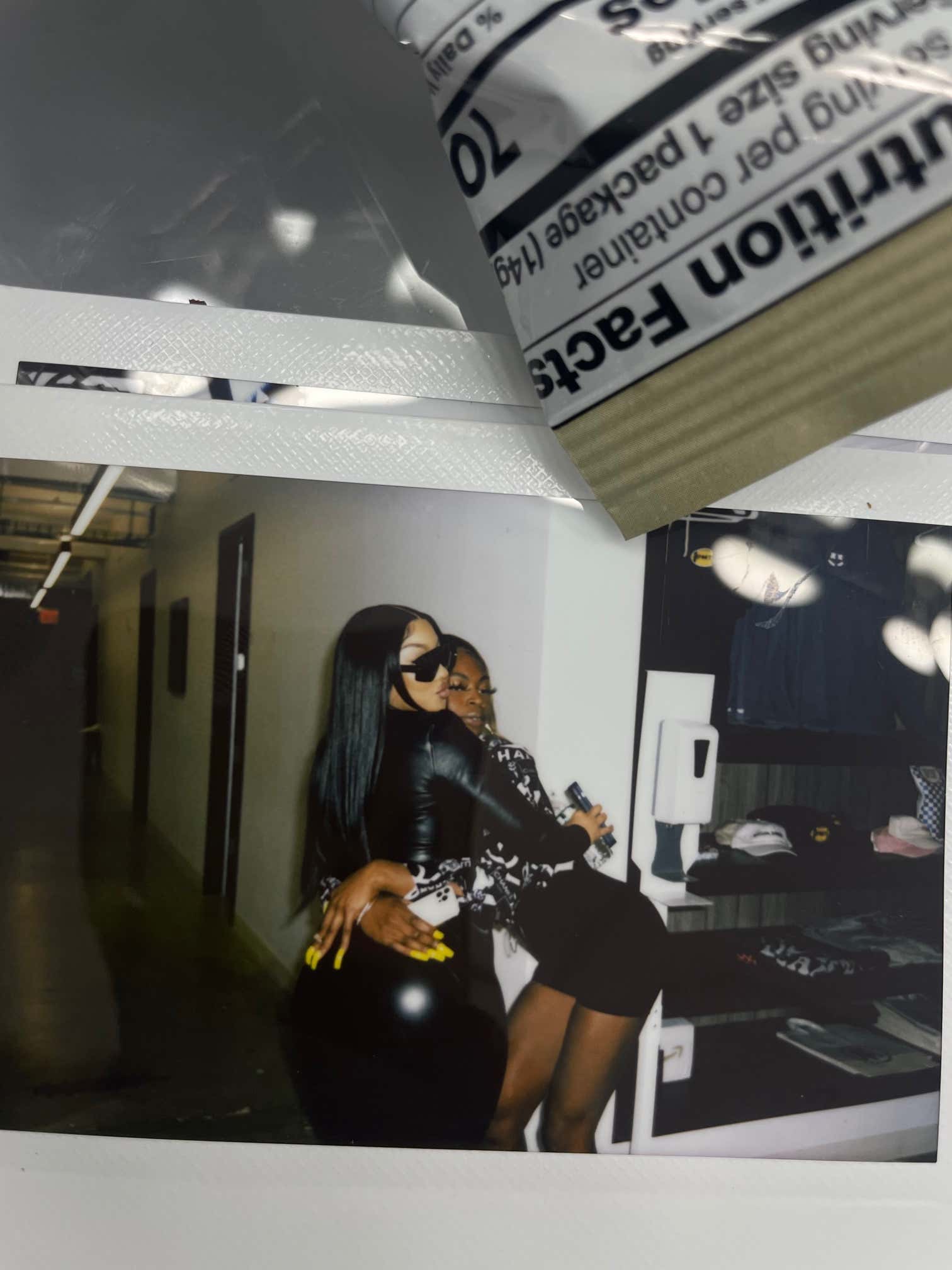 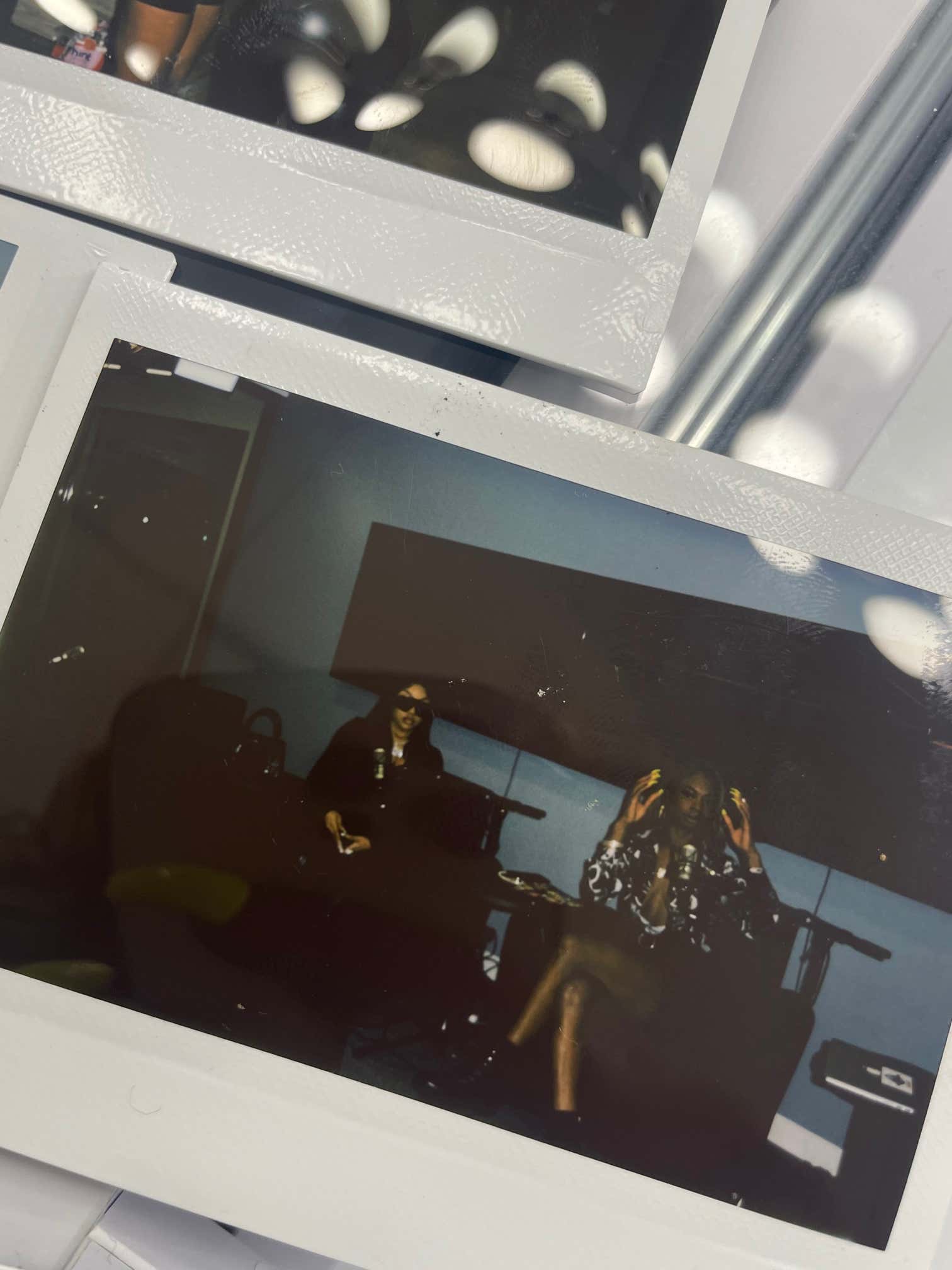 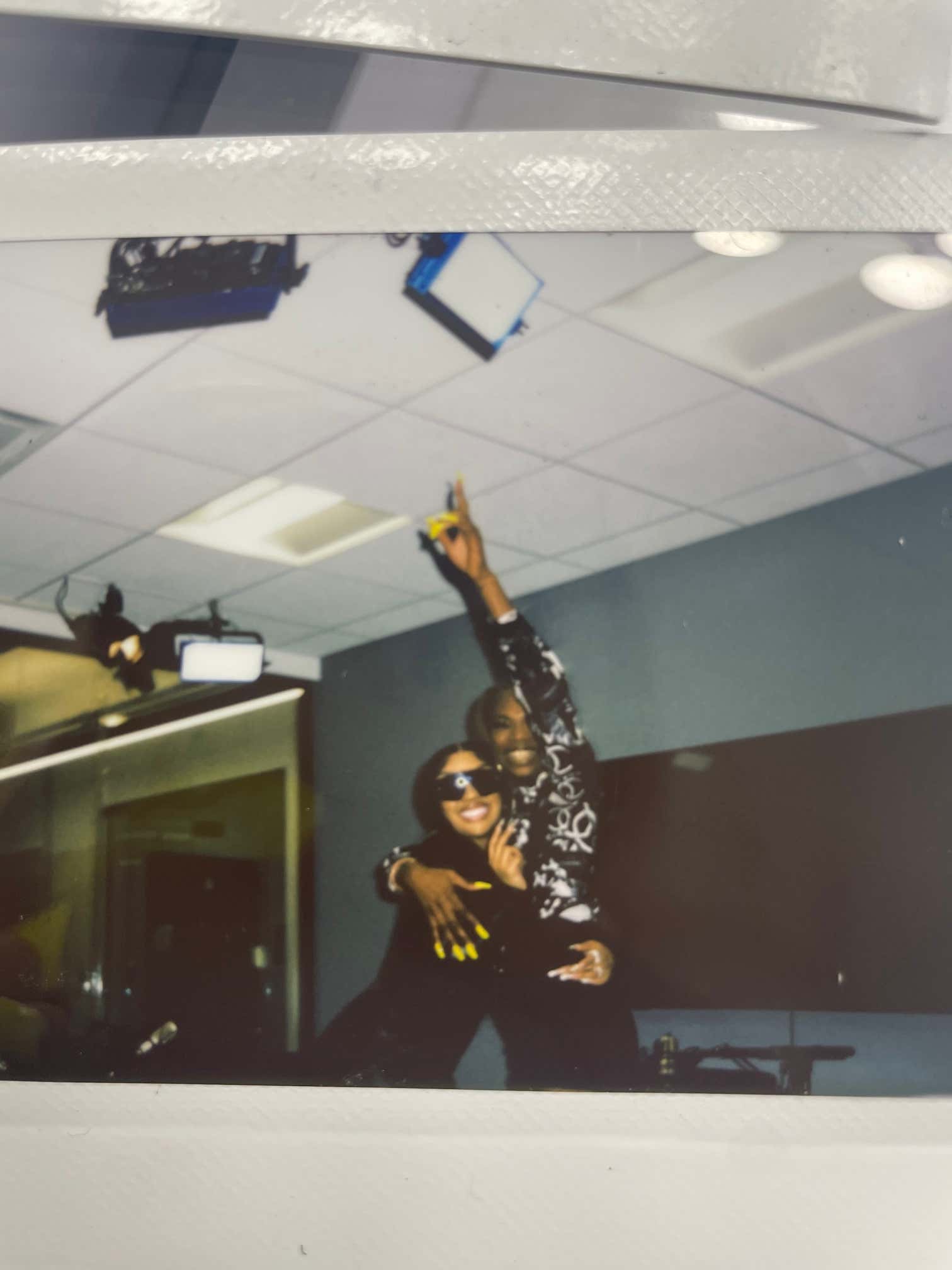 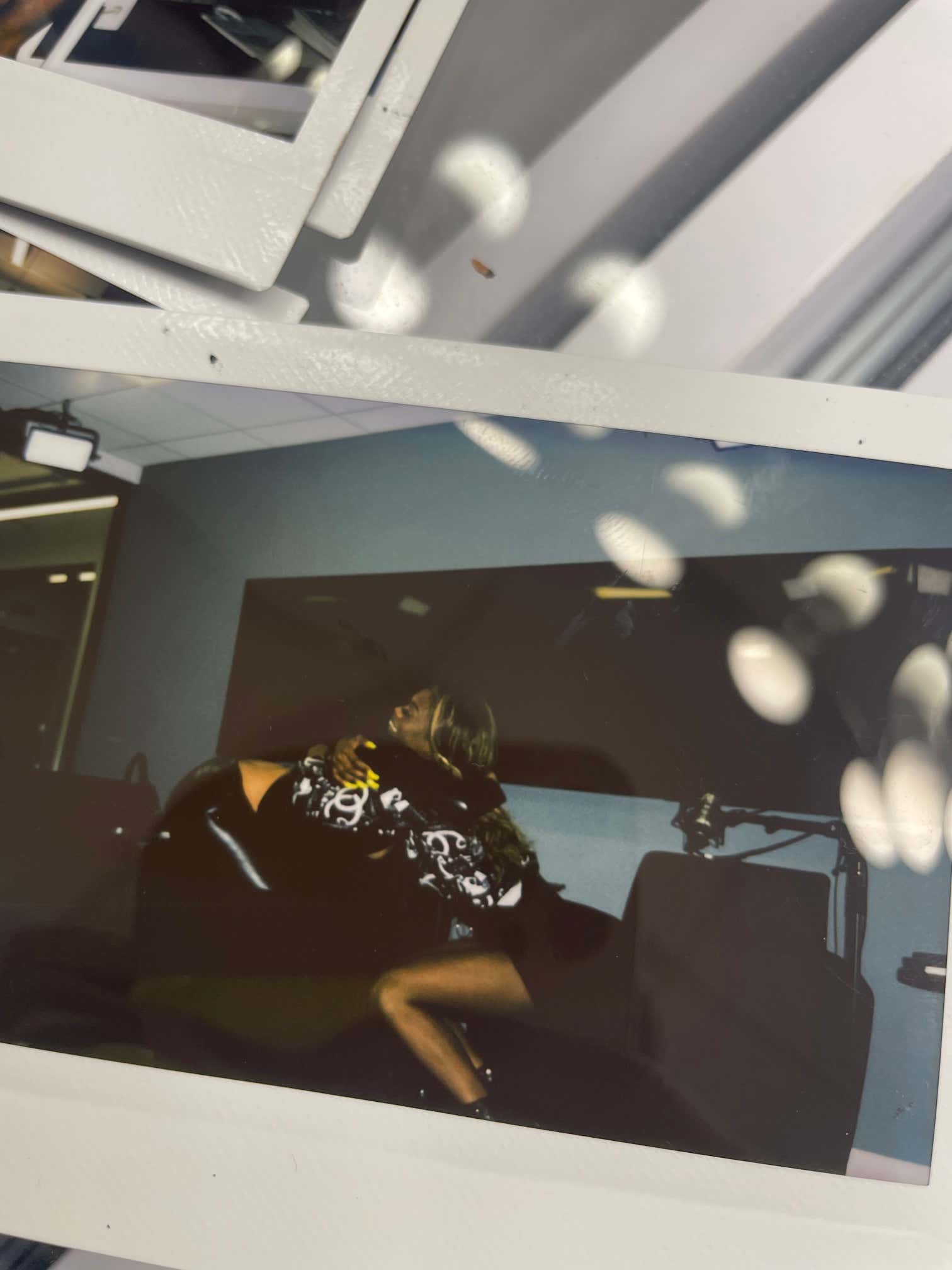 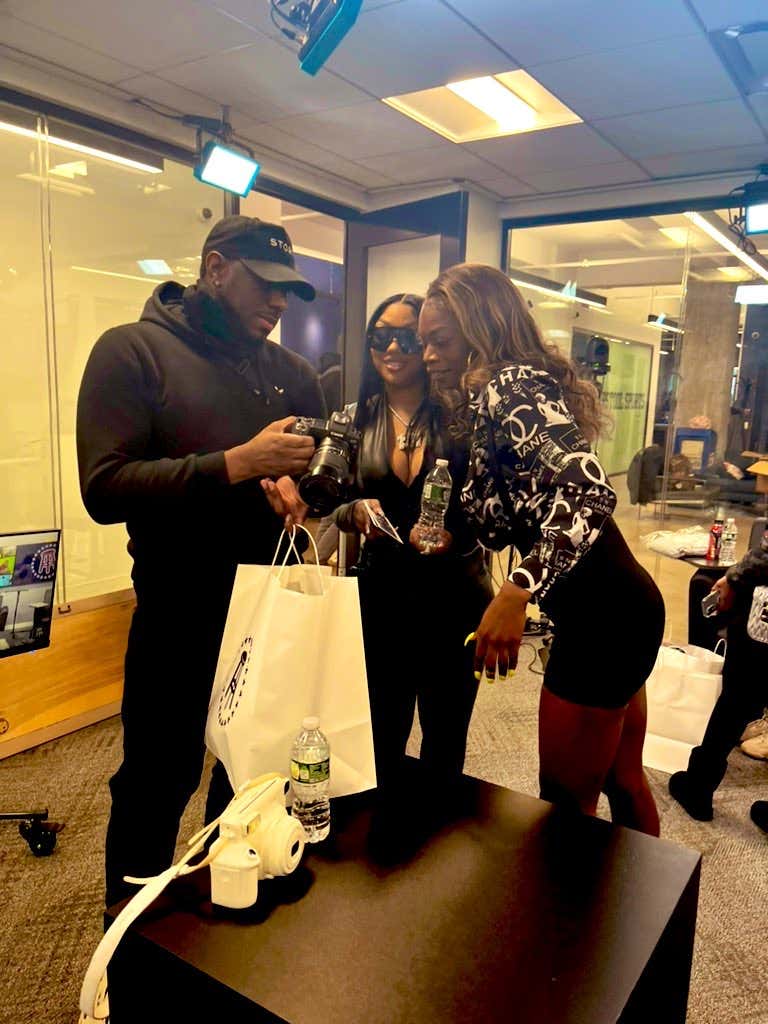