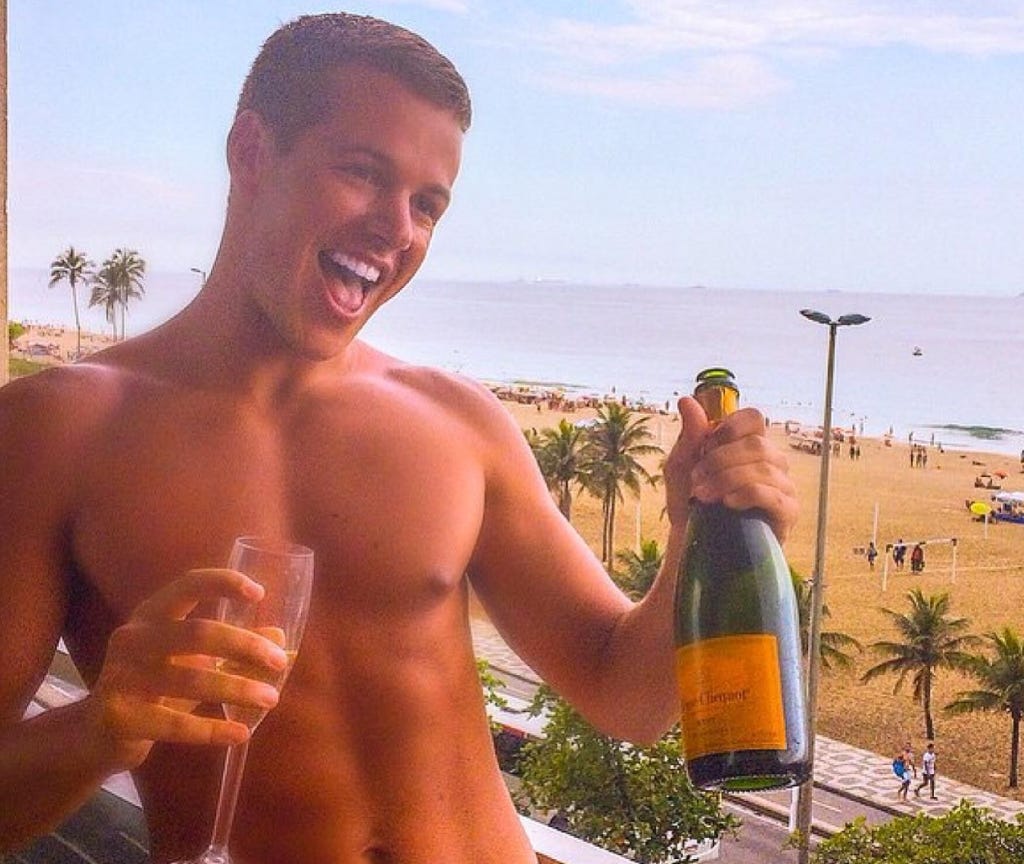 ED – Allow me to introduce you to Men and Wine, aka the reason you’re about to be extra thirsty as you scroll through your social media feed.

As the name suggests, this Instagram trend features all sorts of heavenly hunks enjoying glorious glasses of wine (preferably shirtless, of course).

If there’s one thing I love just as much as fine wine, it’s an even finer man to go along with it.

Whether they’re sipping on whites, reds or rosés, it’s not hard to see these boozing bros look even more irresistible when they’re using their big, strong muscles to raise a toast or open a vintage bottle of vino.

I’ve got nothing against a glass of fine wine. Even the “brosé” trend of bros drinking rosé which is absurd and definitely one of those things where the rest of the US goes “Yeah, this is why we think all you big city people are gays” I find fairly tolerable as long as you’re not making it a big thing without a sense of irony. But chicks being into an Instagram like this? A bridge too far in my opinion. Check out these pics:

Shouldn’t something in women’s brains shut off with these? Like this is so far the other way of traditional masculine male attractiveness that I can’t imagine a chick even finding this attractive. Even the Instagram account is probably surprised chicks are starting to follow this one like crazy given the hashtag on some of the photos: 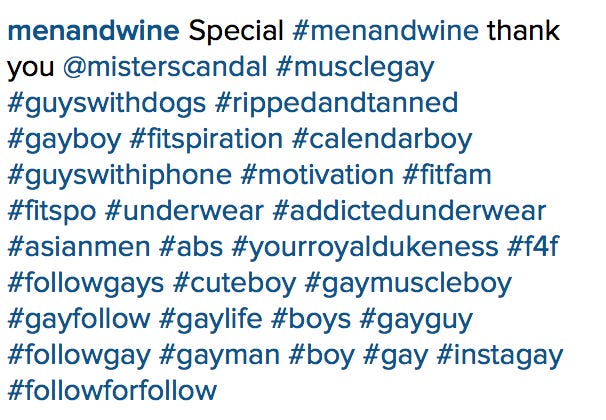 That’s a classic #gaymuscleboy photo, I can only presume (spoiler alert: My Instagram uploads generally only have 66% of those hashtags at any given moment so forgive me for speaking out of turn). I don’t know why but I don’t think I want to live in a world in which gay guys and straight women are sexually attracted to the same thing. Like if I’m dating a girl and I find out that she’s liking Instagram pics of dudes in Speedos with glasses of Chardonnay hashtagged “#sexytwinklife” I’m running the other way no matter how great the relationship is. A man has to have standards, particularly when the other guys his woman is interested in sit on stools at wine bars only when they’re upside down.

PS Italy coming in hot on this one which was also posted with “#homemademeatballs”, hopefully not just like grandma used to make