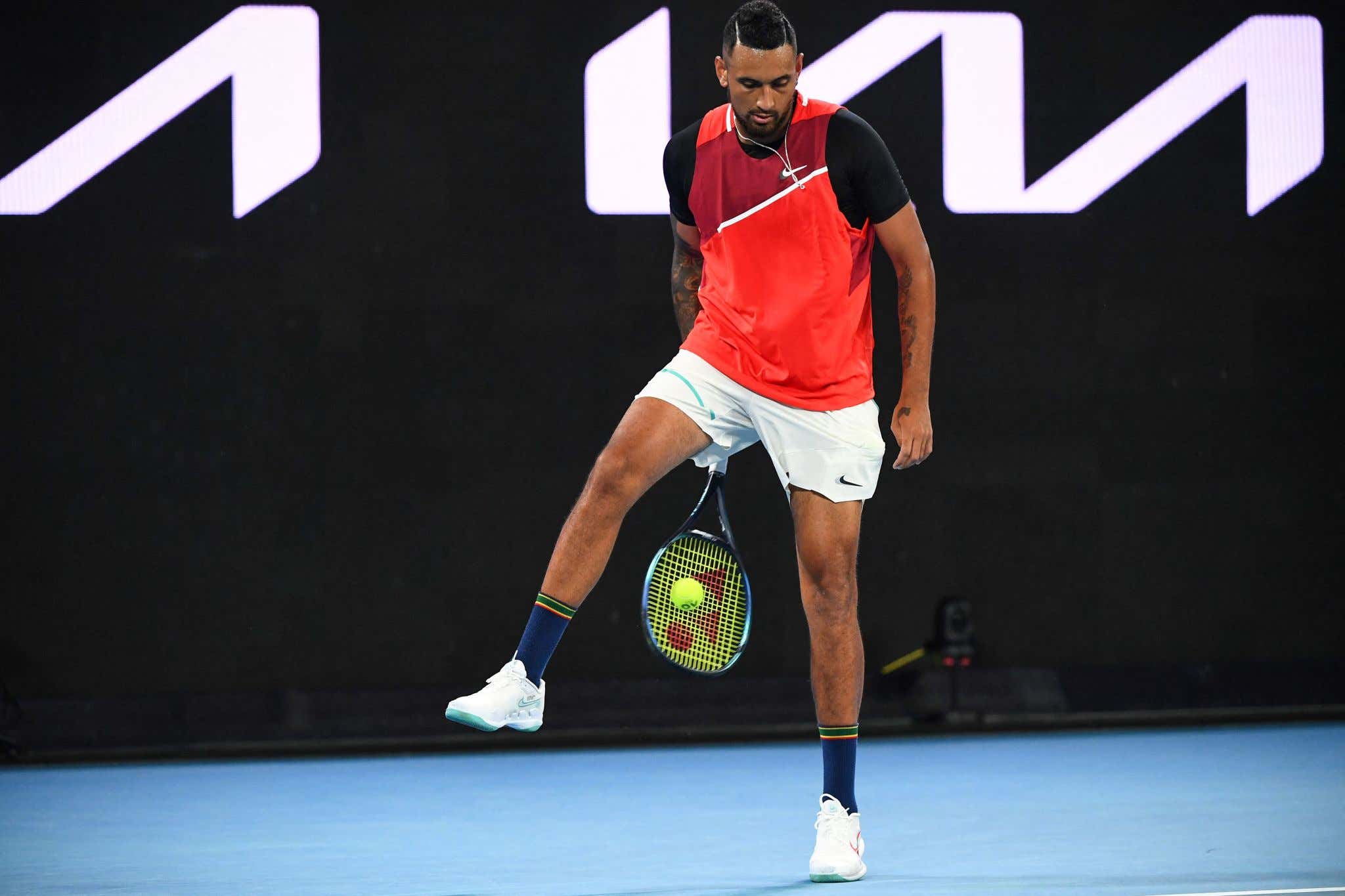 There are not many athletes, musicians, or entertainers out there who can get me to watch them perform at 3am these days, but Nick Kyrgios playing in the Aussie Open is certainly one of them. When that dude takes the stage in John Cain Arena it's appointment television as far as I'm concerned.

Now I'm sure some of you are saying how could tennis possibly be worth staying up that late for? With Nick it's not even tennis, it's a full-on show. Kyrgios doesn't see himself as a tennis player, but more as an entertainer for the people. He's as unpredictable as he is talented and it's an absolute treat to watch him play when he cares. He goes out of his way to play on John Cain Arena because tickets are more affordable for the common folk than the other big venues. What you tend to get is a rejuvenated Kyrgios in front of a raucous crowd. Honest to god even if you don't like tennis, watch a Kyrgios match one of these days — it's different than the rest.

Just five minutes into last night/early this morning Kyrgios broke Great Britain's Liam Broady and had hit a between the legs, underarm serve that resulted in a point his way.

Place was a mad house from that point on, even giving him the Cristiano Ronaldo "SIUUUUUUUUU" chant which sounded like boos on the TV, but clearly wasn't. Btw Nick wasn't mad at the crowd, he was just laughing at how insane they were.

Sometimes Nick can be out of shape and not mentally there to compete. He just had a bout with covid last week and had zero matches to his name in months leading up to this one. He said he went from training 5 hours a day to being bed ridden and having trouble breathing. It wouldn't have been outlandish to see him rusty and sluggish out there. Nope, quite the opposite in fact. Kyrgios looked incredible and handled the tricky British qualifier with relative ease. His serve was money and when he wanted to break Broady he did. This point below was fucking awesome.

In just under two hours time Kyrgios had dismantled his opponent in straight sets and moved onto the 2nd round. Think he earned himself a beer for that performance. The look back to the camera was perfect.

Next up? Oh nothing crazy just the highest seed in the tournament and world no. 2 Daniil Medvedev. It's a shame he's got this tough of an opponent this early in the tournament, but entering the Aussie unseeded the draw did him no favors. Funny thing is Nick is 2-0 h2h against the Russian in his career. Those matches were a while ago, but his record against top tier talent shows you when he wants to try and compete he can go toe to toe with anyone. Now is Nick going to win this match? I'd be stunned given how good Medvedev is, but man is this going to be a helluva match for the 2nd round. Medvedev loves to back up on returns to the point you don't see him in the camera shot. How many underarm serves are we going to get out of Kyrgios? If Med is going to stand back near the stands then I'm guessing a ton. I cannot wait for tomorrow night.