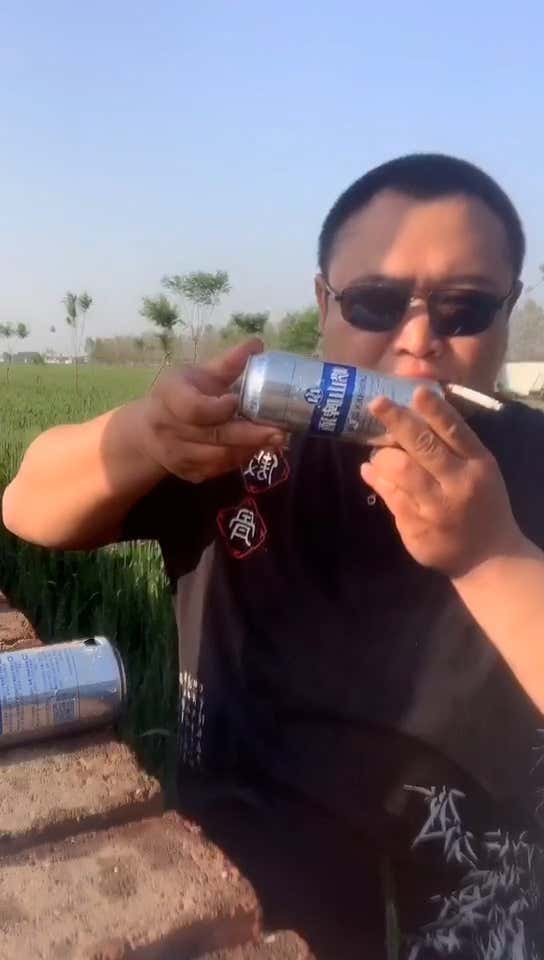 I've been pumping out youtube videos for a looong time and had never received a strike, until now. Yesterday, I was notified that my youtube channel received a strike for "Harmful or Dangerous Content", and that consequently, I'd be unable to upload, post, or live stream for 1 week. Now which of my videos did Youtube perceive to contain "Harmful or Dangerous Content" you ask? Was it the video where I swim with hippos?

Was it the video where I openly do MDMA at Hong Kong 7s then punch a homophobic rugby player in the face whilst dressed as Freddie Mercury?

Was it the video where KB tries some of the wrestling moves that got him a scholarship to Kent State on a live gator? 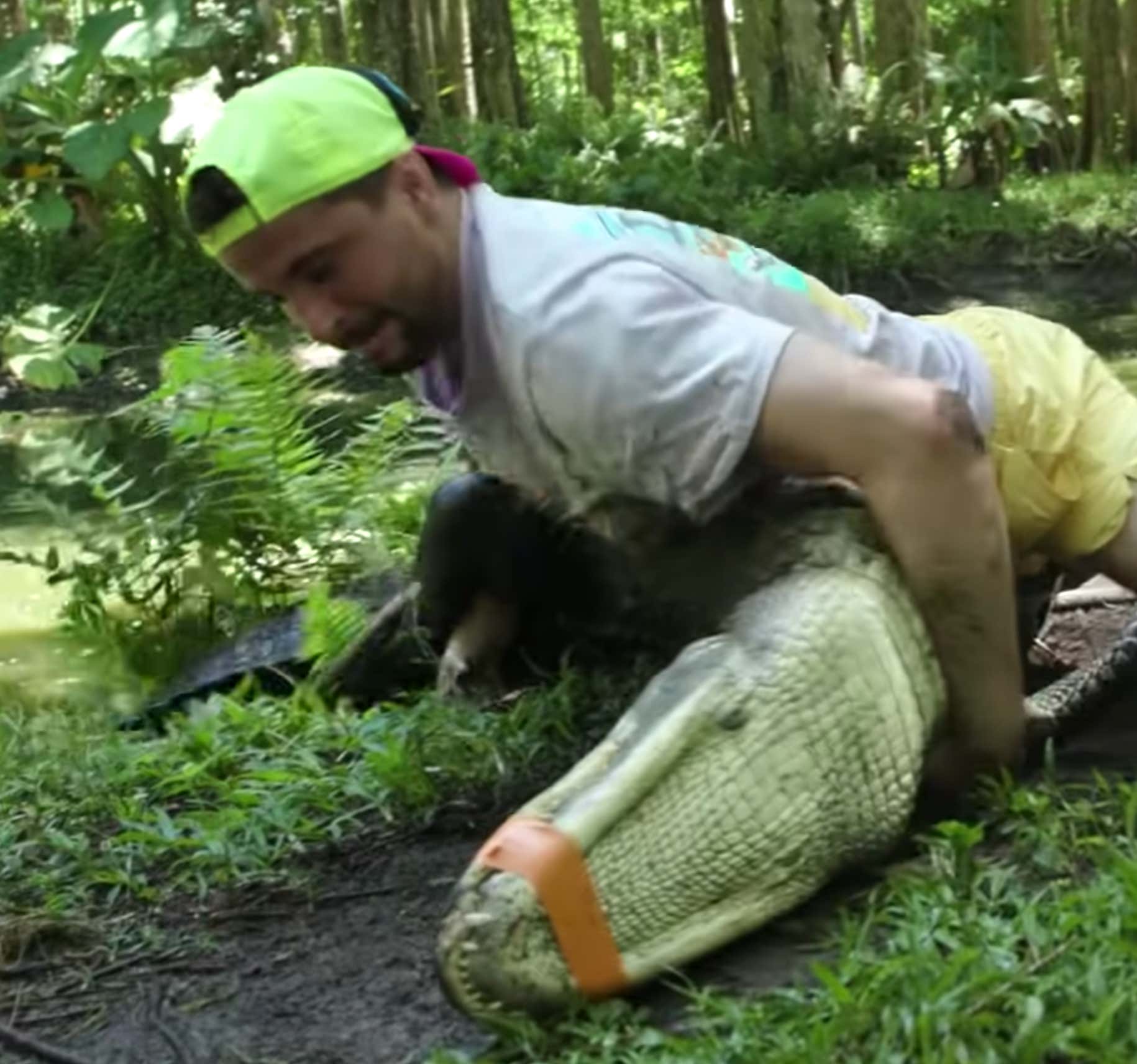 Was it the video where I go to a shady shooting range in Cambodia and fire an antique Rocket Propelled Grenade at a tank of petrol? (Chef Donny forgot to wear earplugs and is now most likely partially deaf)

ACTUALLY, none of the above, it was the video where Pangzai attempts a drinking maneuver known as the TRIPLE HOON SHOTGUN 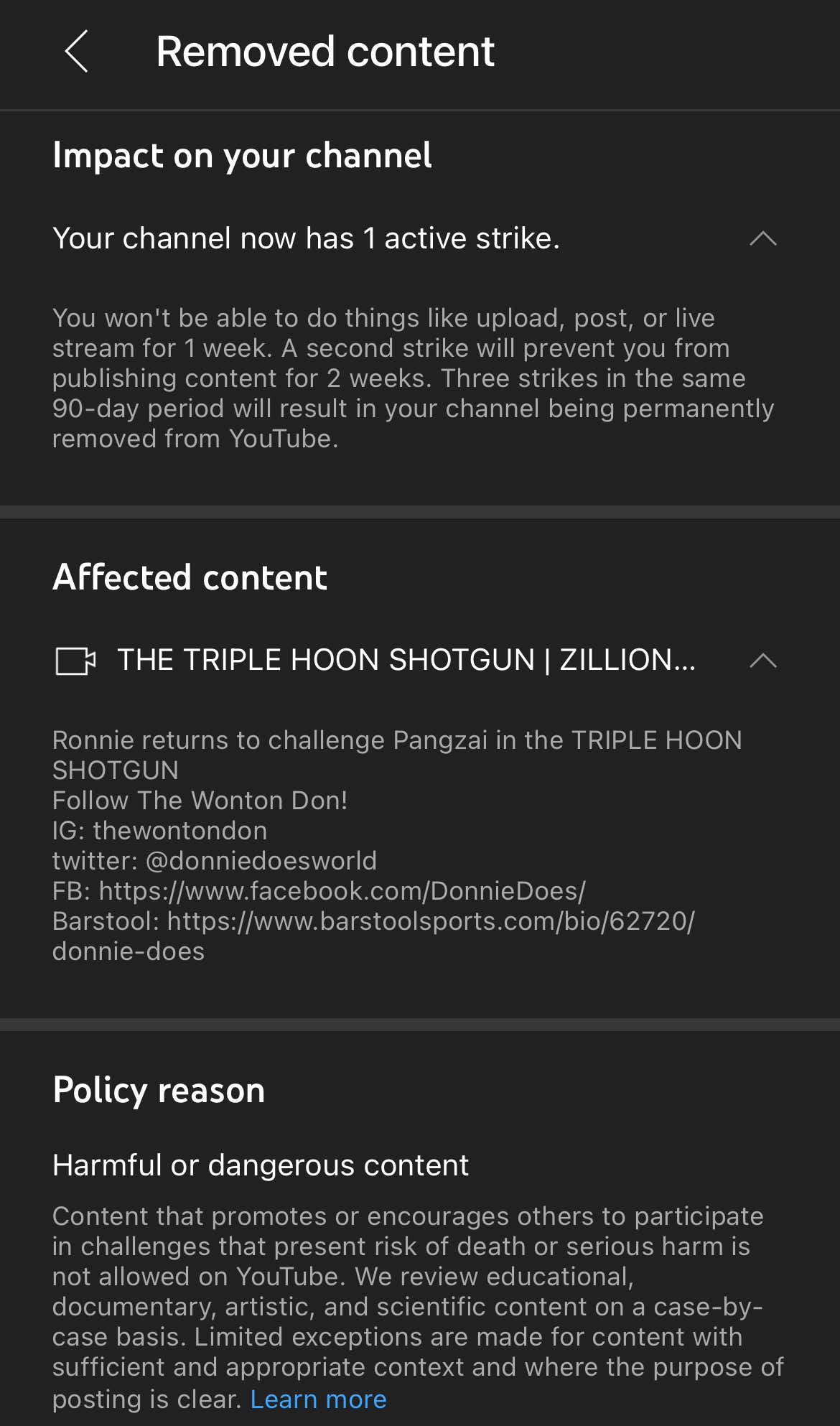 During the height of the pandemic I was running low on content ideas so decided to start a series/pandemic relief fundraiser called ZILLION PEE-JOES (that's how you say beer in Chinese), where fans could compete in drinking challenges designed by the Chinese Drinking King himself, PANGZAI. I wouldn't say the show was a smash hit but it did get some press coverage in the official newspaper of the Chinese communist party!

Below is the episode where WSD projectile vomits while attempting to chug 3 beers and a raw egg.

After 3 episodes, the only contestant who was able to drink faster than Pangzai was a New Hampshire native by the name of Ronny Doitche

So to switch things up, I decided to let Ronny design a challenge that Pangzai would then have to attempt. He choose the TRIPLE HOON shotgun (essentially shotgunning 3 beers while simultaneously cranking a Hoon). YOU CAN WATCH THE FULL EPISODE HERE.

I stopped releasing new episodes of Zillion PEE-JOES once things started to open back up and I was no longer limited to only making videos inside my apartment using Zoom. Hadn't thought about the show much until the Triple Hoon Shotgun came back to bite me in the ass yesterday. It sucks because tomorrow I was all set to release the penultimate episode of my Balkan series but now that may need to be postponed till next week. I have appealed the strike though so there's still hope. Shotgunning beers and cranking hoons aren't healthy activities by any means, but I'm almost 100% certain that 3 beers and a cigarette on their own have never killed someone (unless said cigarette starts a fire).

Anyways, whether I win my appeal and drop it tomorrow at 7PM or have to wait till next Wednesday at 7PM, I hope you guys enjoy the next Balkans episode. I was invited to a wine festival in Croatia by a Croatian American stoolie and the video documents that experience. I also swim from Croatia to Bosnia in the video NBD. See ya when I see ya! 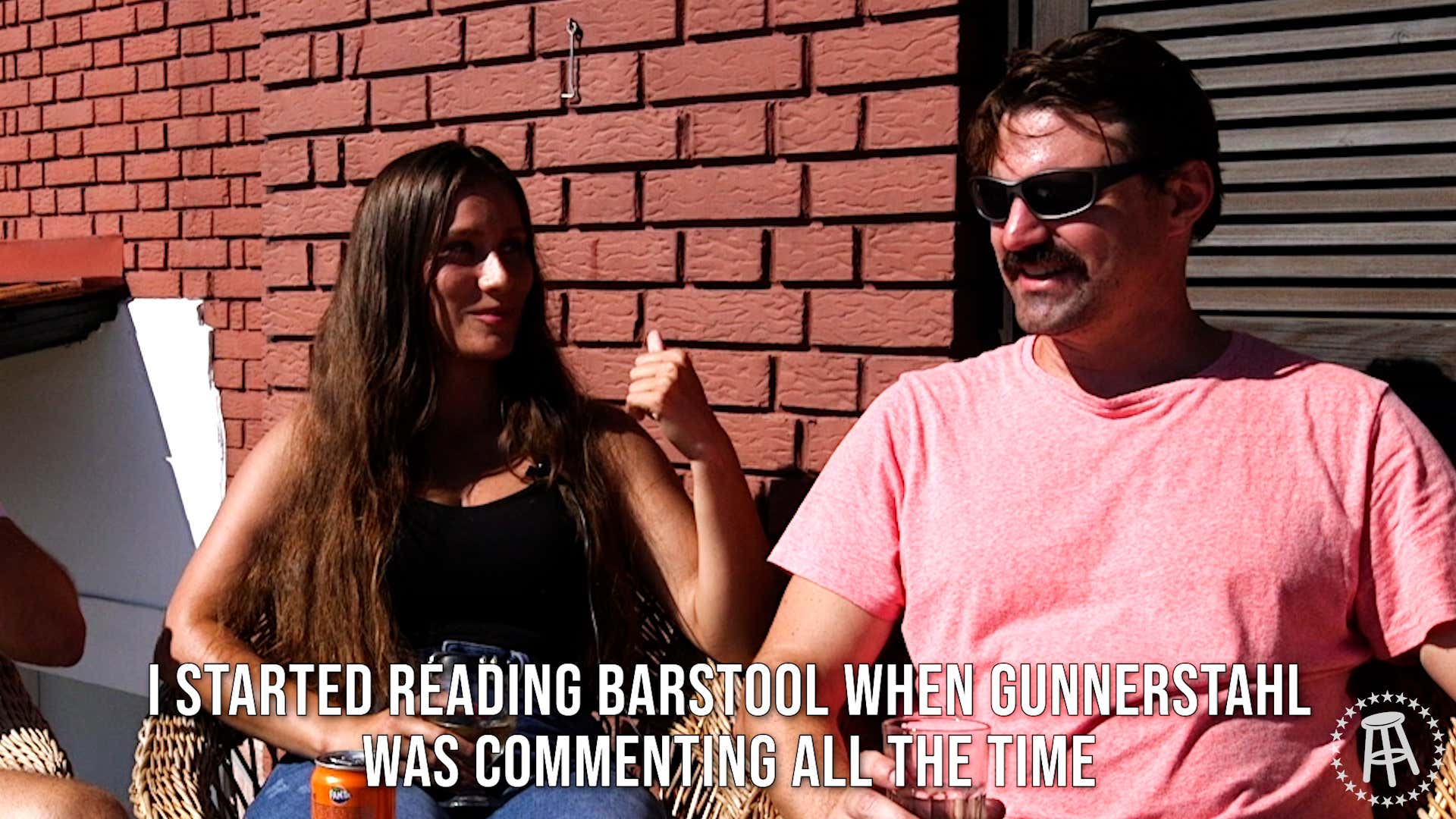