You know how those pretender city's all shut down and lose their shit the second a single snowflake touches the ground?

Yah I'm looking at you Nashville, Atlanta, and all of Texas.

Well Chicago's getting three feet of the wet heavy stuff dumped on it right now and we haven't even blinked.

Schools are open. (I think)

And the city's hardest workers, the meter maids, are out in the streets making sure anybody and everybody's vehicle that can be ticketed will be ticketed.

They don't call us "the city that works" for nothing. 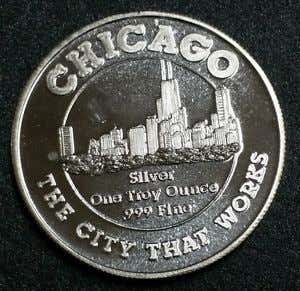 p.s.- spare me that "they need to ticket these people for being parked during a snowstorm when plows need to get through". No offense to my streets and san buddies, but you are kidding yourself if you think the city of Chicago "plows" its streets. Not trying to sound like a hardo, but I remember growing up in central Mass when we would be anticipating a storm, the sand trucks (we don't use salt because we care about the environment) would be out like 12 hours ahead of time sanding the streets. Then when the snow began they were out everywhere. Highways, main roads, side streets, even parking lots. The snow cleanup was so good you took it for granted. All over the state and all over New England for the most part. Out here though? It's a fucking free for all. The highways for the most part they do a good job of keeping clear, but downtown and in the neighborhoods? Forget it. You better have four wheel drive or you're fucked.

p.p.s. - the best part of our ridiculous parking ticket situation (it's out of control the last few years) is that the money doesn't even go into the city's coffers.

City's been paid and burned through that money like a chainsmoking degenerate at a blackjack table.

Mayor Daley struck a deal right before he exited office with a private company to "outsource" parking meters and ticketing to them in exchange for a one-time fee of $1.15 Billion for the next 75 years.

The parking meter pact has come under continuous and heavy fire from critics who claim Mayor Daley rammed the agreement through a less-than-curious City Council. Since then, Daley has used nearly $800 million of the deal’s upfront money to plug budget gaps.

That company proceeded to install meters on every fucking square inch of sidewalk and curb in the city. Including many residential neighborhoods, and jack up the prices downtown to levels more expensive than parking garages.

It's insane, except it's really not. It's just typical.