US Weekly - Legal trouble. Teen Mom‘s Farrah Abraham has been arrested after allegedly slapping a security guard, Us Weekly can confirm.

The 16 & Pregnant alum, 30, was taken into custody on Saturday, January 15, after she allegedly assaulted a security official outside Hollywood’s Grandmaster Records club, where she and a friend were partying.

While police officers were not initially called to the scene, a bystander made a citizen’s arrest and EMTs were called, TMZ reported. EMTs called LAPD for assistance and Abraham was taken into custody, issued her a citation for the misdemeanor and released. No charges have been filed. Abraham is due to appear in court on May 19.

She posted video of the incident on her story 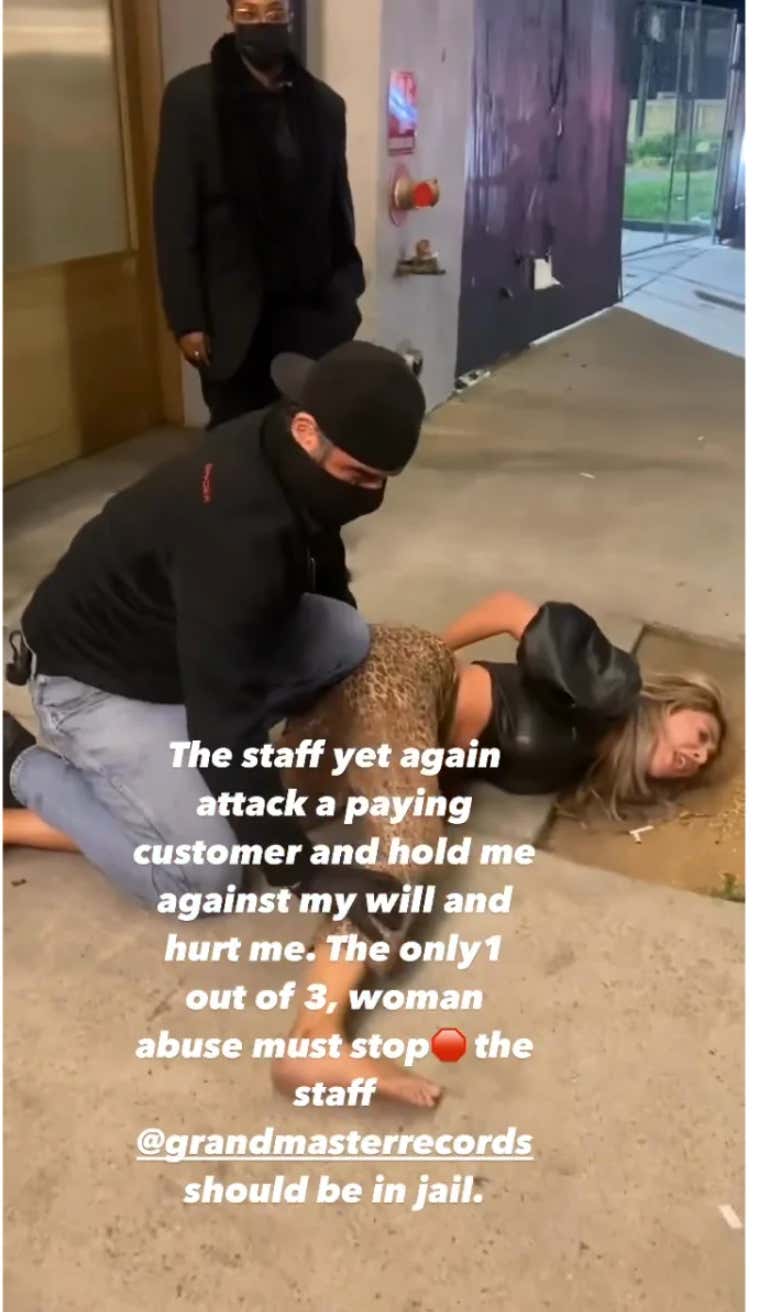 She continued: “Why is a male on top of me holding me down when I was walking. This is scary and he should be fired and in jail for [battery]. I’m tired of people harassing me, holding me down, hurting me and [lying] about me … it’s scary, it [affects] mothers, it is traumatizing and I’m hurt.”

Abraham further alleged in her Story that she had made a reservation for dinner at the venue, and after the incident, she claimed to have been injured amid the altercation.

Abraham alleged that she is “putting a restraining order” on the man who “made this dinner reservation and conspired an attack on myself with the staff at @grandmaster_recorders as it was a ‘private persons arrest’ complete setup.”

(Listen guys. I had a rough weekend. The Patriots got fucking humiliated on Saturday night prime time, and I went 2-3. Then I wake up this morning and get stabbed in the back by somebody I thought I was friends with.

So spare me the fucking "Barstool TMZ" bullshit. I need to get my mind off shit with a mindless post, and this stupid story did just the trick.

You clicked on it. Plus, it's an excuse to post pics of her. Suck it up.)

As we all know this chick is certifiable and way off the reservation.

That said, if she is telling the truth here, how big of a loser do you have to be to call security on her and have her restrained like that?

And the security guard?

Just tell her the paparazzi is outside because they heard she was there and they're looking for pics of her. She'll go running out to the door like the attention whore she is, and you can just close the door behind her and lock her out.

Also, only in LA would somebody pay 6.5 million dollars for one of the most famous recording studios in the country and turn it into an exclusive "lounge".