There's really not much to say here other than that the Bills absolutely worked the Patriots tonight.

Straight from the jump.

New England looked like they were a pussy west coast team who wanted nothing to do with the sub-zero temperatures. Totally out of their element, and totally outmanned. The defensive backfield played like they thought it was two-hand touch. And ran like they all had ankle weights on.

Mac Jones played meh. Yah, he threw two TDs, but he also threw two back breaking picks on opening drives of both halves.

And Belichick looked shockingly unprepared. Both of them.

Jerry Thornton will dissect this game tomorrow as only Jerry can, so I won't bore anybody in attempting to do so. But for fucks sakes, allowing seven straight touch down drives just doesn’t happen to the New England Patriots. 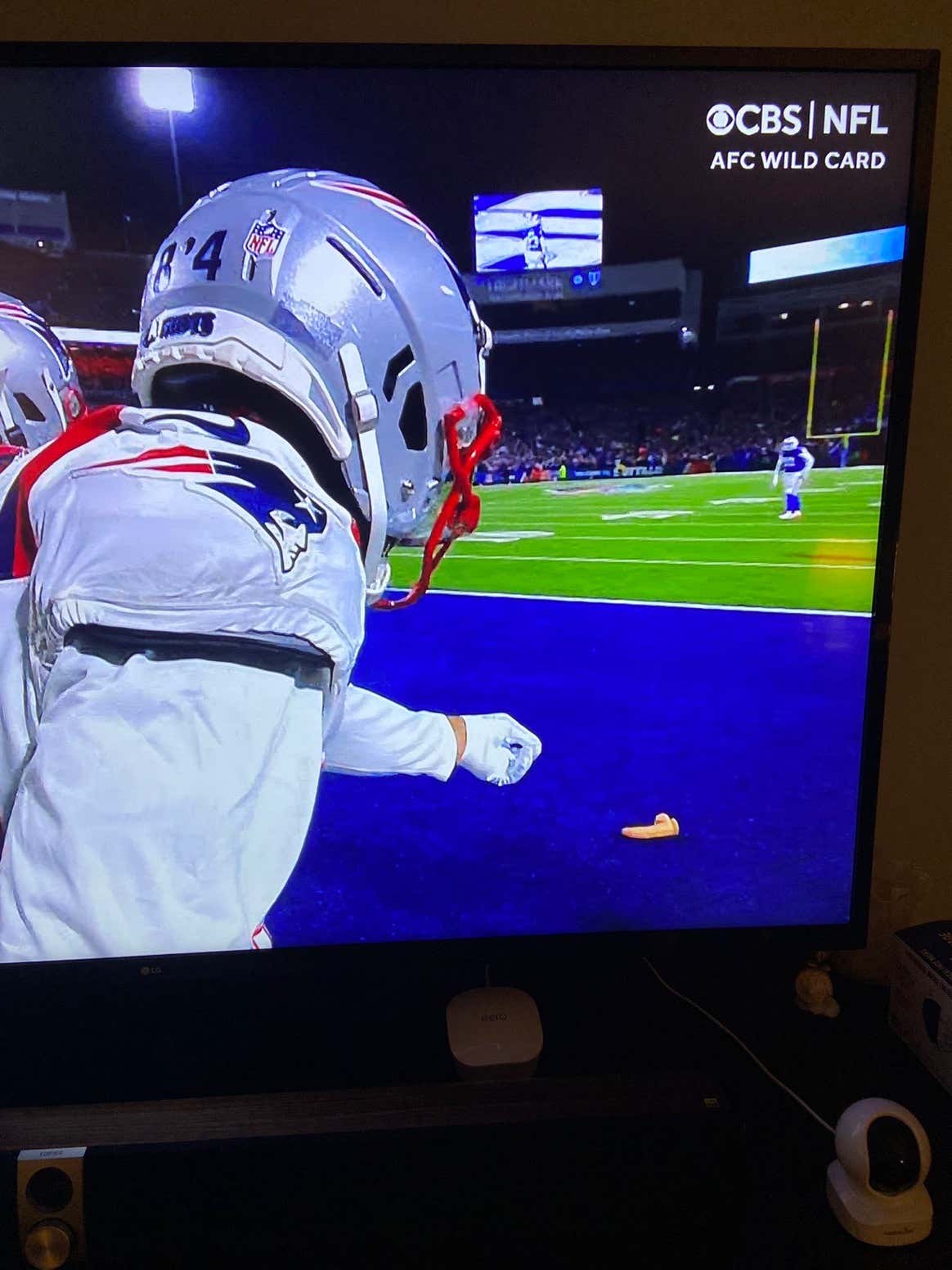 One thing you have to give Bills fan's is they're trendsetters. They're always leading and coming up with new ways to push the envelope. The rest of the league's fanbases often imitate, but can never duplicate.

And the thing I respect the most about it is they don't waste this kill shot on rubbish teams like the Jets or Jaguars. It’s never watered down.

They wait for the Patriots to come in, and always pick their spots, with the precision of Lee Harvey Oswald with a mail-order rifle.

They (somehow) bagged the guy responsible for the act in 2017 -

Tear it up tonight at on Chippewa St at Rec Room (tell Dale I said hi) and SoHo for me Bills fans. Finish it off with a stinger at Jim's and get home safe.

And please for the love of god beat the Chiefs next week.

p.s. - John you're not helping