Wild year, disappointing of course, but not getting down.

The Barstool Sportsbook has an INCREDIBLE promo going

Pick all 6 winners in the NFL Wild Card round on a $10 parlay this weekend and score an extra $1000. YOU HAVE TO OPT IN. 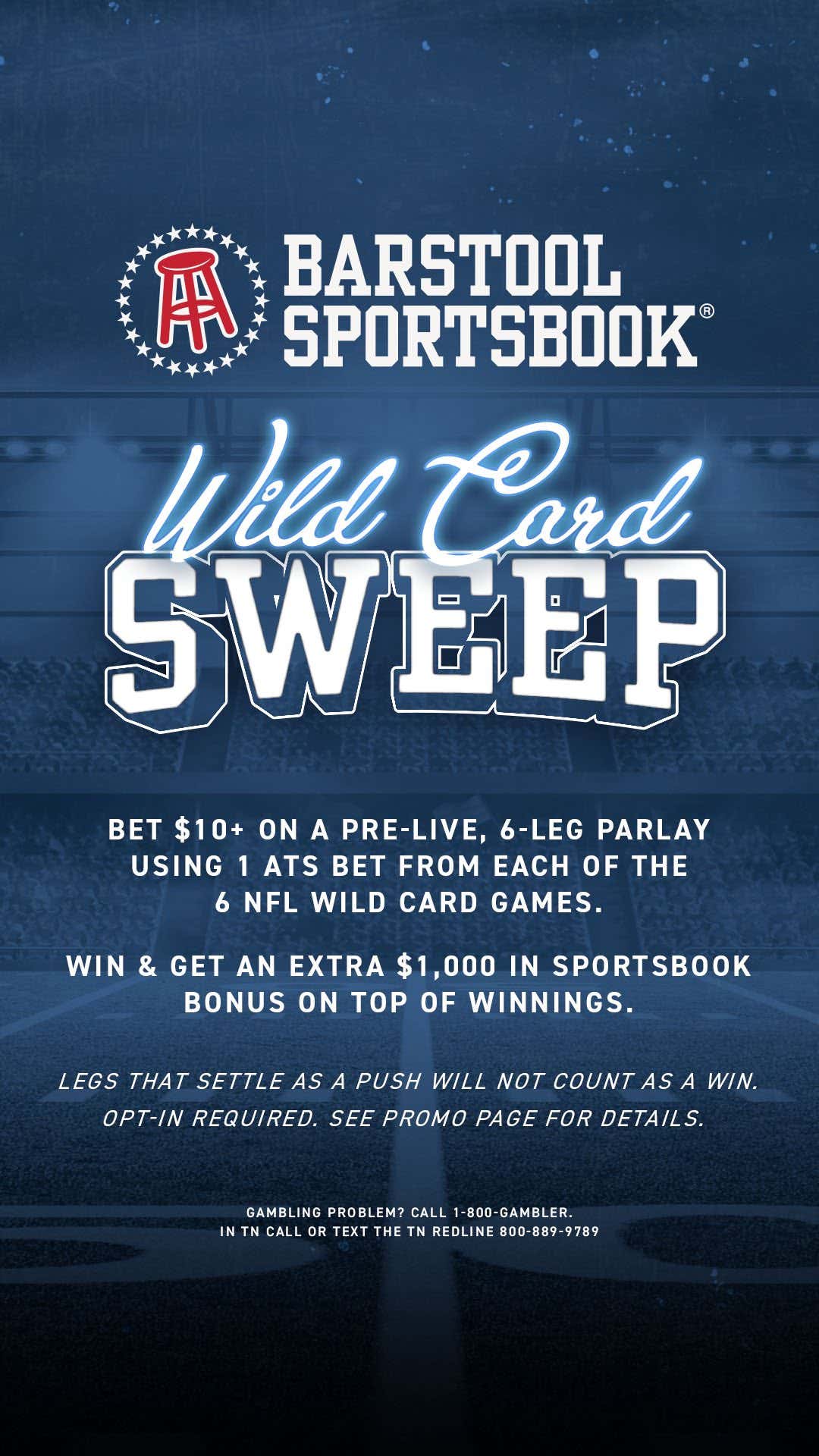 Here's who I got today individually and in my 6 legger.

The Raiders are riding a four-game winning streak into the playoffs, largely due to the defense playing well against limited passing attacks before gutting out a wild win over the Chargers in Week 18. But the Bengals are still as strong as they were when they beat the Raiders 32-13 earlier in this season.

I don't have confidence they'll be able to slow down a Bengals offense that piled up 75 points and 1,050 yards against the Ravens and Chiefs in its last two competitive games. Even though the Raiders offense just came out on top in a shootout, that hasn't been their M.O., averaging 16 points in their previous five games. Darren Waller should help, but this feels like a game a much better Bengals team wins by double digits.

- Seven of the Raiders 10 victories have come indoors. Las Vegas will be playing its first game in sub-freezing temperatures in quite some time.

- The Raiders commit the second-most penalties per game, while Cincinnati commits the second-fewest. 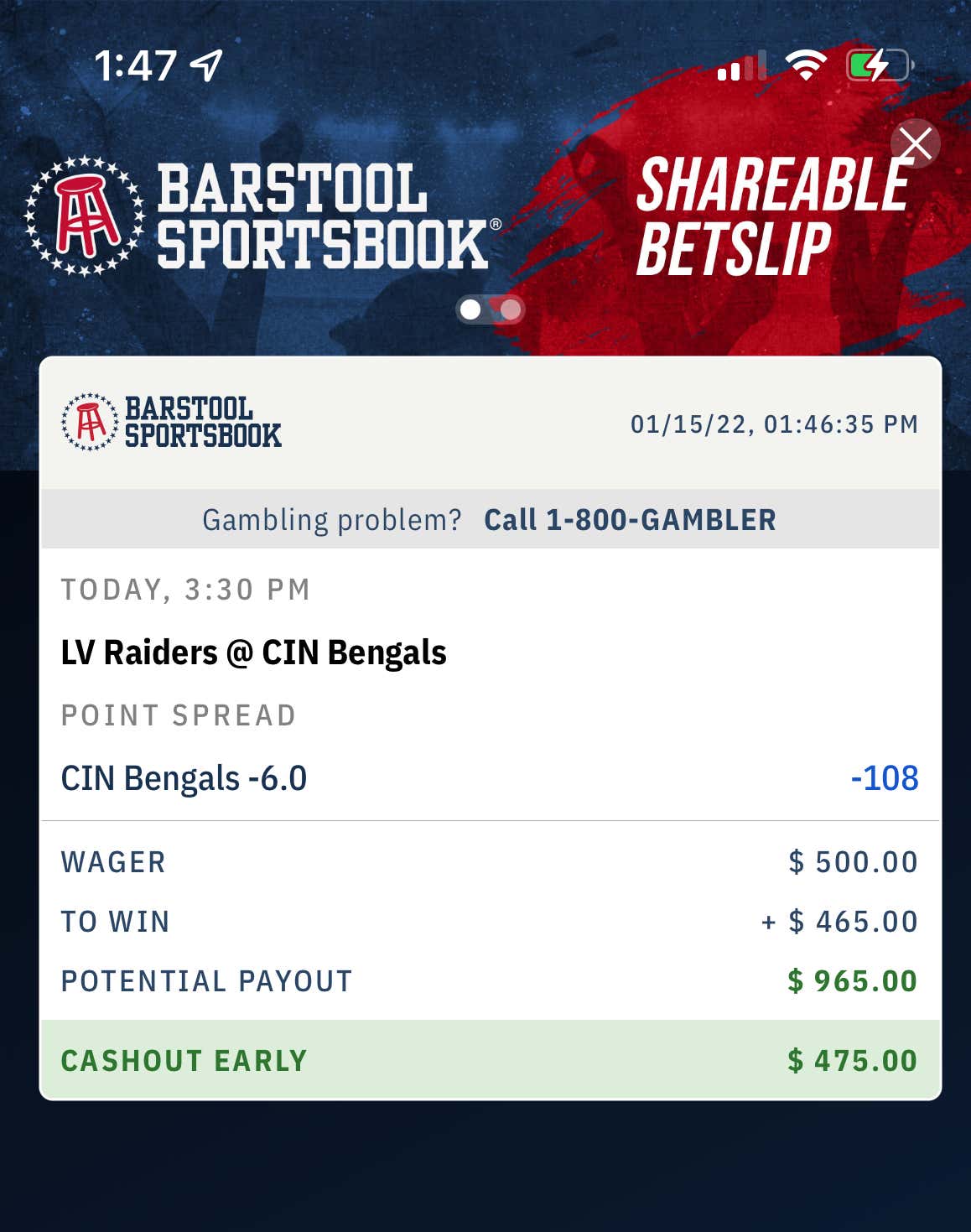 Imagine getting to bet on a Bill Belichick team as an underdog in a playoff game?

What if I told you it's when it's against a team he's already faced twice during the regular season!

New England will do everything it can to limit big plays on offense from Buffalo, which should keep them within striking distance.

The NFL stuck these teams in a night slot with temperatures expected in single digits and wind speeds in double digits. When last these teams met in harsh circumstances, Patriots rookie QB Mac Jones threw all of four passes in a 14-10 game. Though Bill's counterpart Josh Allen is a veteran of cold-weather games, his stats are below those accumulated in more comfy conditions. Weather aside, when rivals face off for the third time in seven weeks, the edge goes to the defenses. 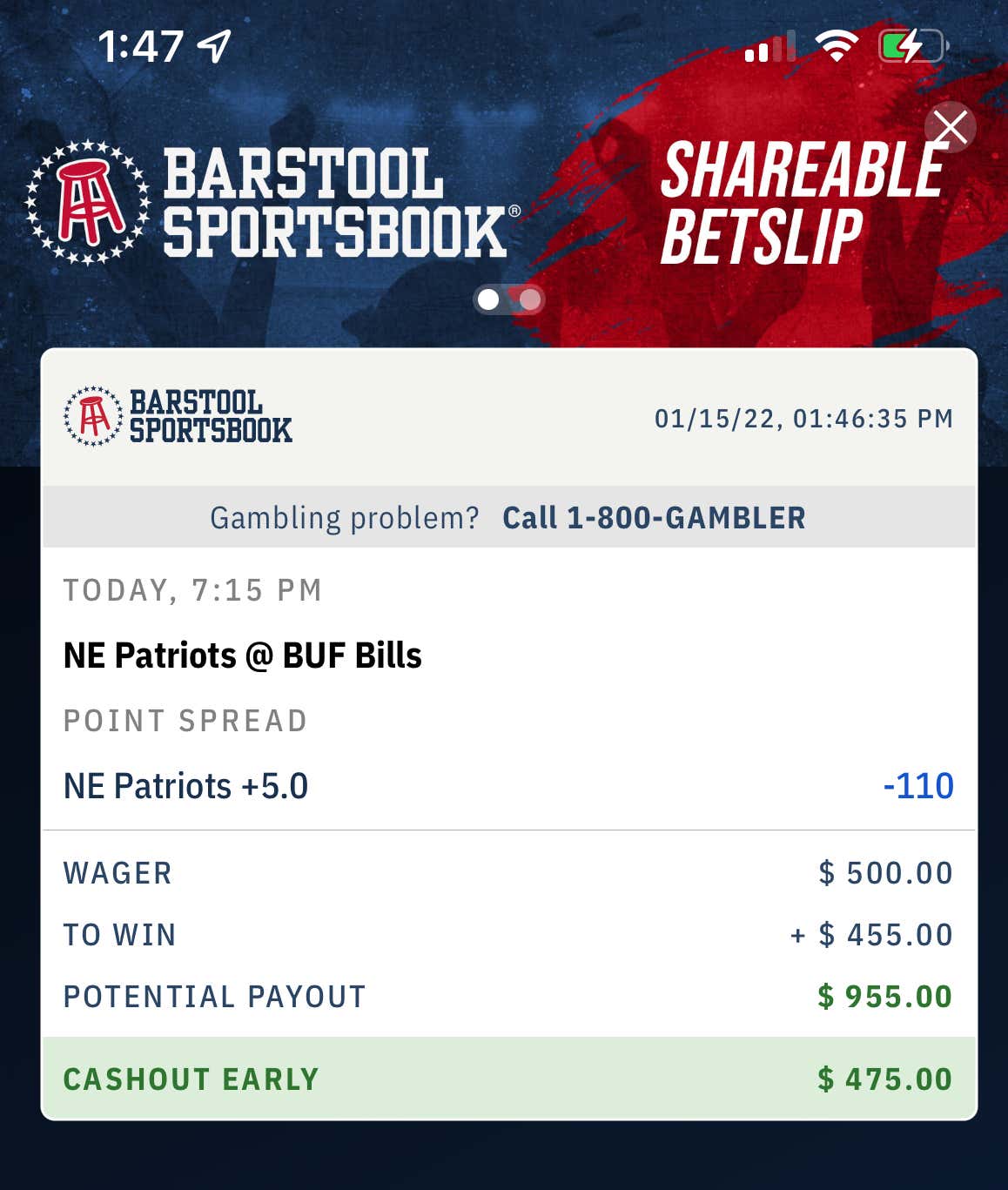 The Eagles have a top-four offensive line, which helps lead Philadelphia to a 4.9 yards per rush average. The Eagles also own the better special teams unit, which could be a factor in the rain/wind.

A cold front is scheduled to sweep across Tampa right about game time. The forecast calls for rain steady rain and very windy conditions (20-30 MPH, with gusts near 40 MPH) so the underdog gets the call in this one.

Yes this will be the playoff debut for both Jalen Hurts and Nick Sirianni. But this shapes up to be a close game. The Bucs had no trouble beating the Panthers twice down the stretch but were shut out by the Saints and barely topped the Jets as they deal with key absences on offense. 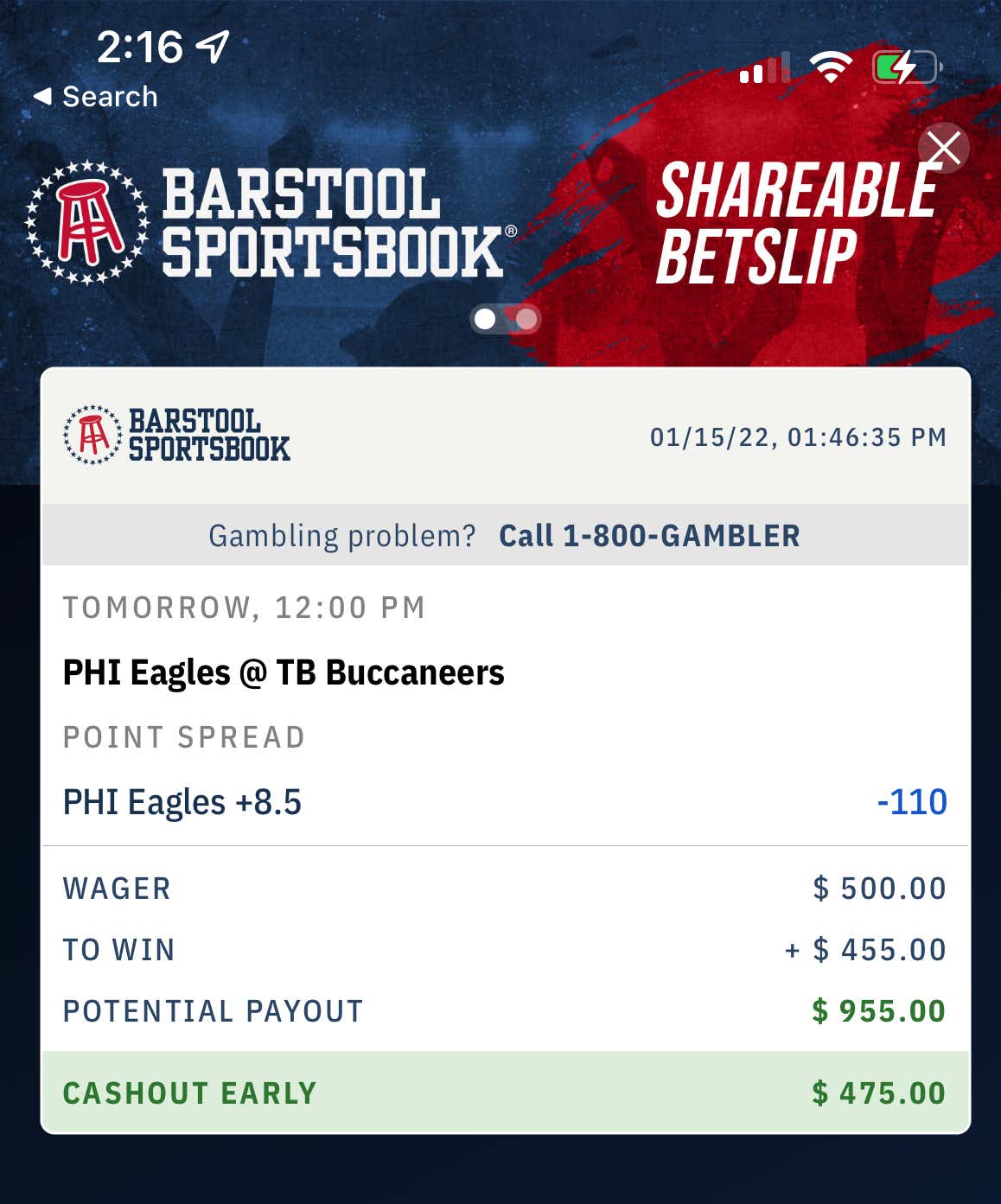 The 49ers have won seven of their last nine and come in with the momentum after winning at the Rams last week. The Cowboys are the best cover team in the NFL (13-4 ATS) and will be popular with the public this week after a 51-26 win at Philadelphia last week. The 49ers fit the profile of a team the Cowboys have had trouble with. The 49ers’ defense allows only 310 ypg, No. 3 in the NFL. The No. 1-ranked Dallas offense will have struggles. I’m eager to know the status of 49ers tackle Trent Williams, but I’ll move forward with expectations he will play. Jimmy Garoppolo, George Kittle and Deebo Samuel are good to go, so I’m in.

Their running game will help diminish one of the Cowboys' biggest strengths: the pass rush. I also like the way Jimmy Garoppolo is playing. Gritty and standing in the pocket taking a beating and getting the job done.

I like the 49ers to cover and win outright. 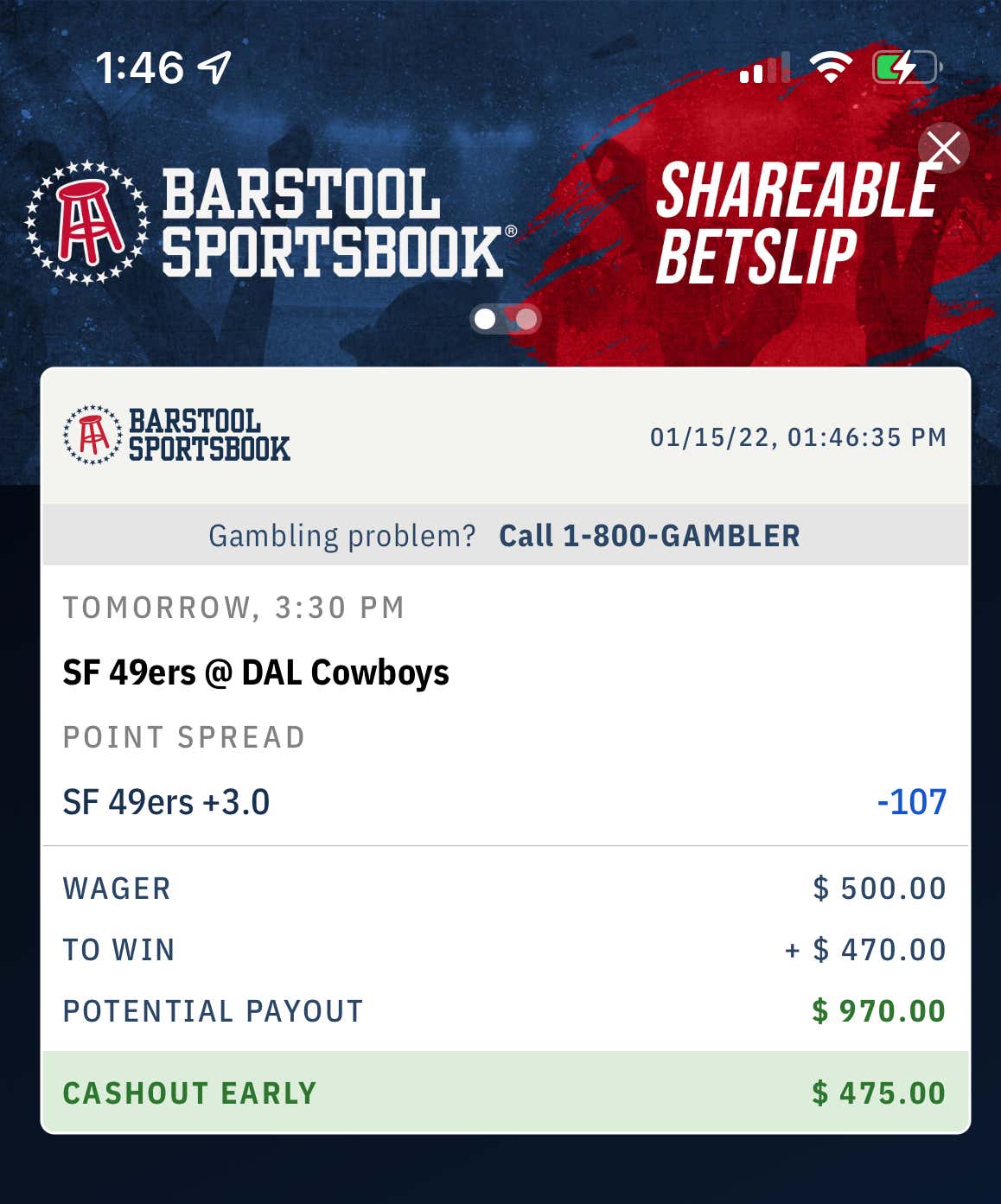 But are you aware there were five fumbles in that game combined and Pittsburgh didn't recover any of them?

Do I think the Steelers win here?

But they are playing with house money and can stay within 10 if not 7. 12.5 points is astronomical in the NFL playoffs. 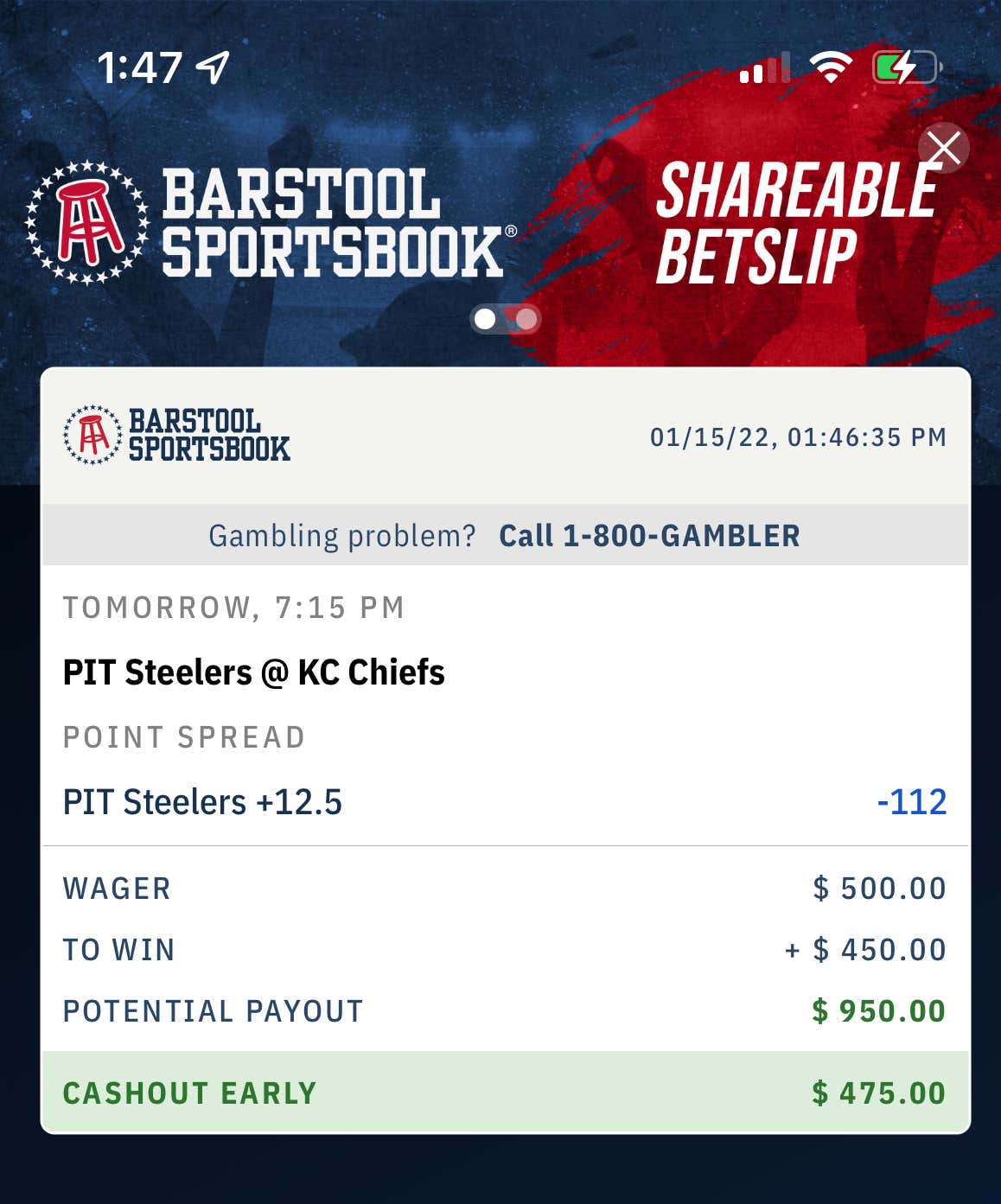 These teams split during the regular season, with the Rams winning the last matchup.

This game will come down to ball security, and that's where I can't trust Matthew Stafford in this spot. Matthew Stafford has thrown four pick-sixes and eight picks in all on his own side of the field. Will Sean McVay dial his involvement back and rely more on the run game against a vulnerable Arizona rush defense? The Cardinals are 7-1 on the road this year and have a rock solid QB in this matchup, so I like catching more than a field goal in this one.

I think the Cardinals take control of this game early like they did in their first matchup of the season, control the ball, and it will come down to the wire. 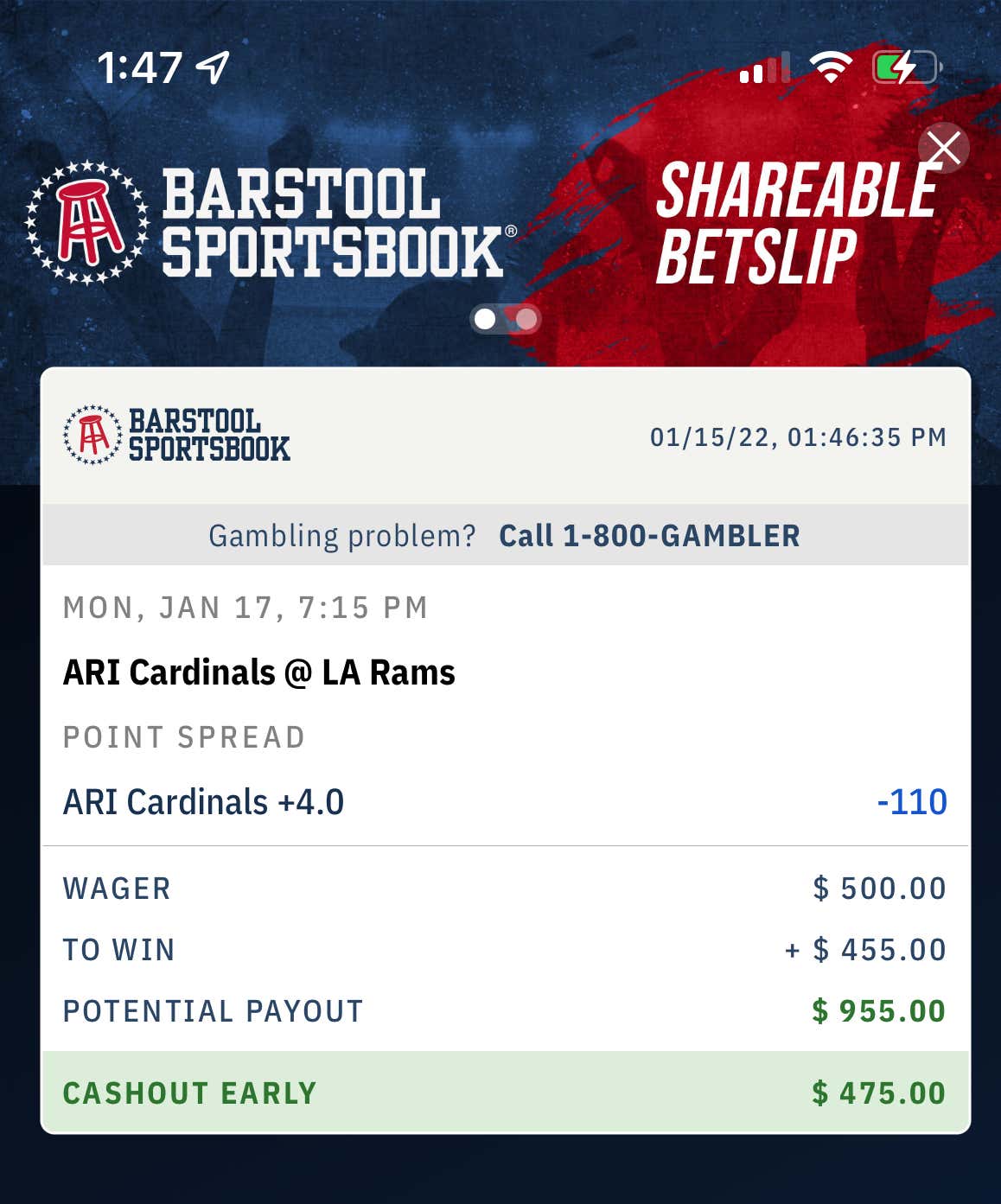