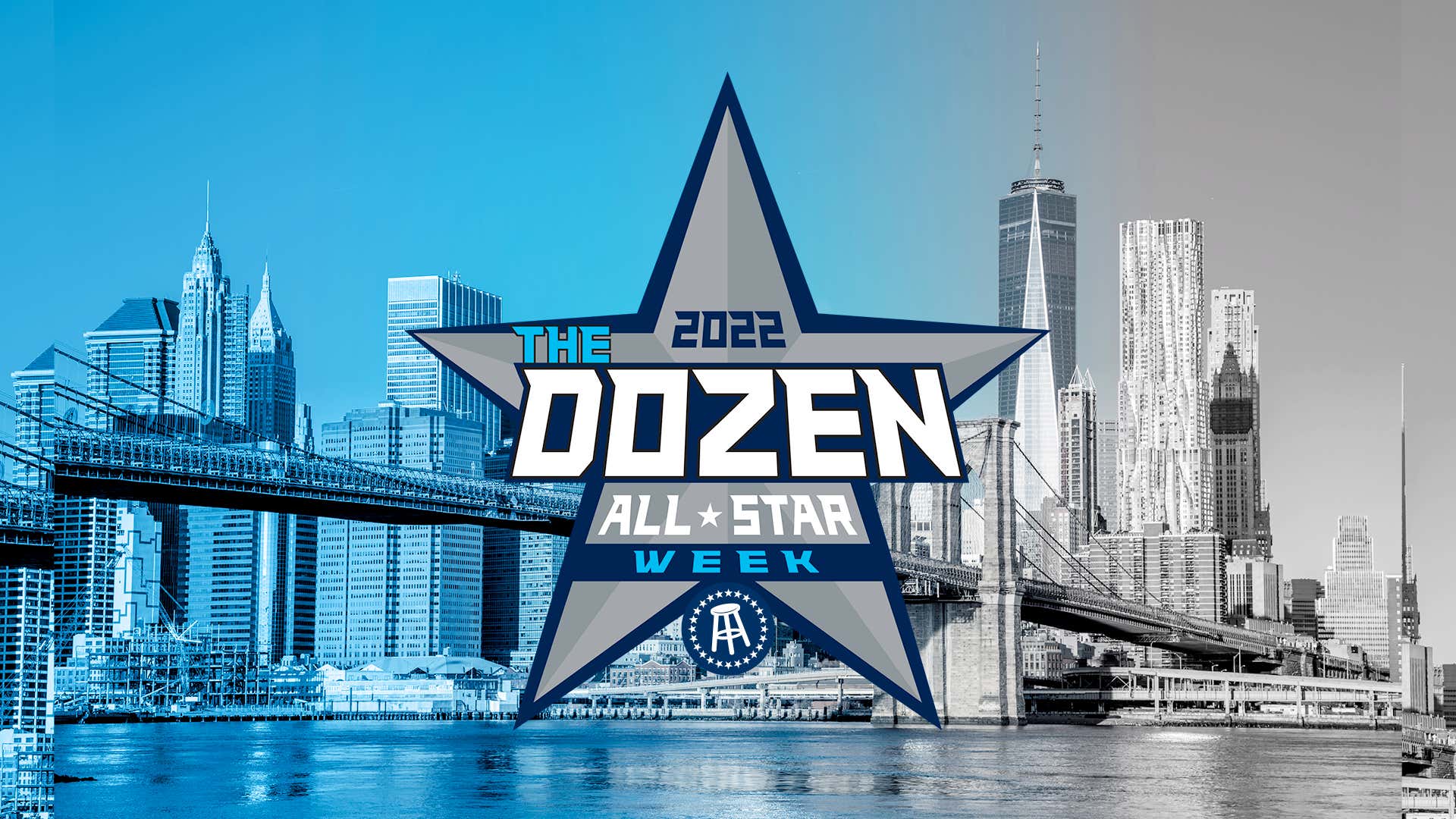 The Dozen has its first-ever All-Star Game coming up.

There will be a 4v4 All-Star Match, as well as a Home Run Derby, where Brandon Walker and Kirk Minihane go head-to-head with 12 of their own niche categories. The All-Star Week will take place the week before Super Bowl Week, when The Dozen: Walk of Fame War Trivia Tournament from Hollywood, California will take place.

You can vote for the five players you think deserve to represent in the game. You can vote for your favorite players or the players averaging the most points per game or a mix of both. If you are stuck choosing between certain players, let’s look deeper into the game, break down some of the top candidates and some players under the radar.

He is the best player on the #1 Team entering 2022. Chicago’s hot streak has been on the back of Chief, where he has been dominant in US History, is stealthily a force in College Football, and is solid in Hockey and Soccer. Without Chief, we might be talking about Chicago outside the Top 12, rather than a #1 Team.

Last season’s MVP and one of the best players at managing the game and listening/trusting his partners. While Coley hasn’t been dominating this season, he is one of the few players in the league who can believably get questions in almost every major sports category. The Honkers usually only play good teams as well.

He has cooled off a bit from his opening games, but Rudy has been a major reason why urMom has been one of the few newer teams to succeed. His edge is that he’s strong at categories most players aren’t, like Hockey, Soccer, and Cars. Rudy can hold his own in TV & Movies too. The funniest thing about Rudy is he is either dead-on with questions or throws out some of the most hilariously bad guesses possible.

The fact Brandon still averages close to 6 points a game after playing 4500 games is impressive. What hurts his case is the Experts don’t have the best strength of schedule, and when they do play high-ranked teams, they often lose. Even though Brandon knows how to score points, his game management skills are questionable. For a team who has played so many games, the Experts still often misuse or don’t utilize their phone-a-friend, and they forget they have the Double Dip all the time. Is Brandon Walker just a chucker?

Maybe the most underrated Dozen player. Smockin is 4–1 all against quality teams, with their only defeat being a 1 point loss to the Honkers. KenJac is Elite in History, Movies, and general pop culture. The guy knows Jeff’s brain better than anyone. It’s important to note that KenJac is everyone’s Movie Phone A Friend, so he’s played a part in so many wins and losses. His one major fault is that he sometimes doesn’t listen to his teammates as the final answer person.

The guy is an absolute unit and is formidable in many categories, specifically Movies, and Baseball. The argument for Chris not to be an All-Star is for gatekeeping reasons only. The NBA didn’t make Luka Doncic an All-Star his rookie season… Trae Young didn’t make it his 2nd year despite posting absurd stats… Maybe making Chris wait to get crowned an All-Star will fuel him towards a monster second-half run.

Maybe the best Pop Culture player in the league. Nick is great in Music, Food Categories, and Television. He also knows when to trust himself, KB, and Tank as the Final Answer guy of their team. When you’re the highest scorer on a 6–1 team who was also the #1 seed the year before, you should get some All-Star votes.

A monster. Vote Kirk; he is a dominant player who carries his team and is the best niche category player in the game.

The Snack God. Clem has dominated food categories and has held his own in sports categories. While Clem and Team Ziti do average a good amount of points, what is noticeable is they don’t put up a lot of wins.

Tommy averages over six points a game -- he’s particularly strong in Baseball and Geography. His team has also lost five of their games, in large part due to the chaos from in-fighting, indecision with final answers, and a total lack of killer instinct. Not saying Tommy is all to blame for that; you just can’t say he doesn’t get any of the blame, though.

Two of the best players in the Dozen who average a ton of points; unfortunately, their teams have a bit of a skid lately. Large is one of the best non-sports players, excelling in categories such as Food, TV, Movies, and History, while Reags often kills sports categories such as Basketball (Pro & College), Golf, and the NFL.

Fran (Experts, 4.57 PPM): The best Celebrity Mashup player in the Dozen should get recognition.

Robbie Fox (Honkers, 4.14 PPM): Not a high scoring average, though, Robbie is an elite competitor in non-sports categories like Movies, TV, and a great Face Mash-Up player in his own rite.

KB (Frankettes, 4.80 PPM): Losing the guaranteed World Capitals niche has hurt KB’s scoring; still, he is a solid player on a 6–1 team.

Mark Titus (Smockin, 5.67 PPM): Averages a lot of points under the radar on a good team.

Make sure to watch the most recent match…

…and see ya next week!