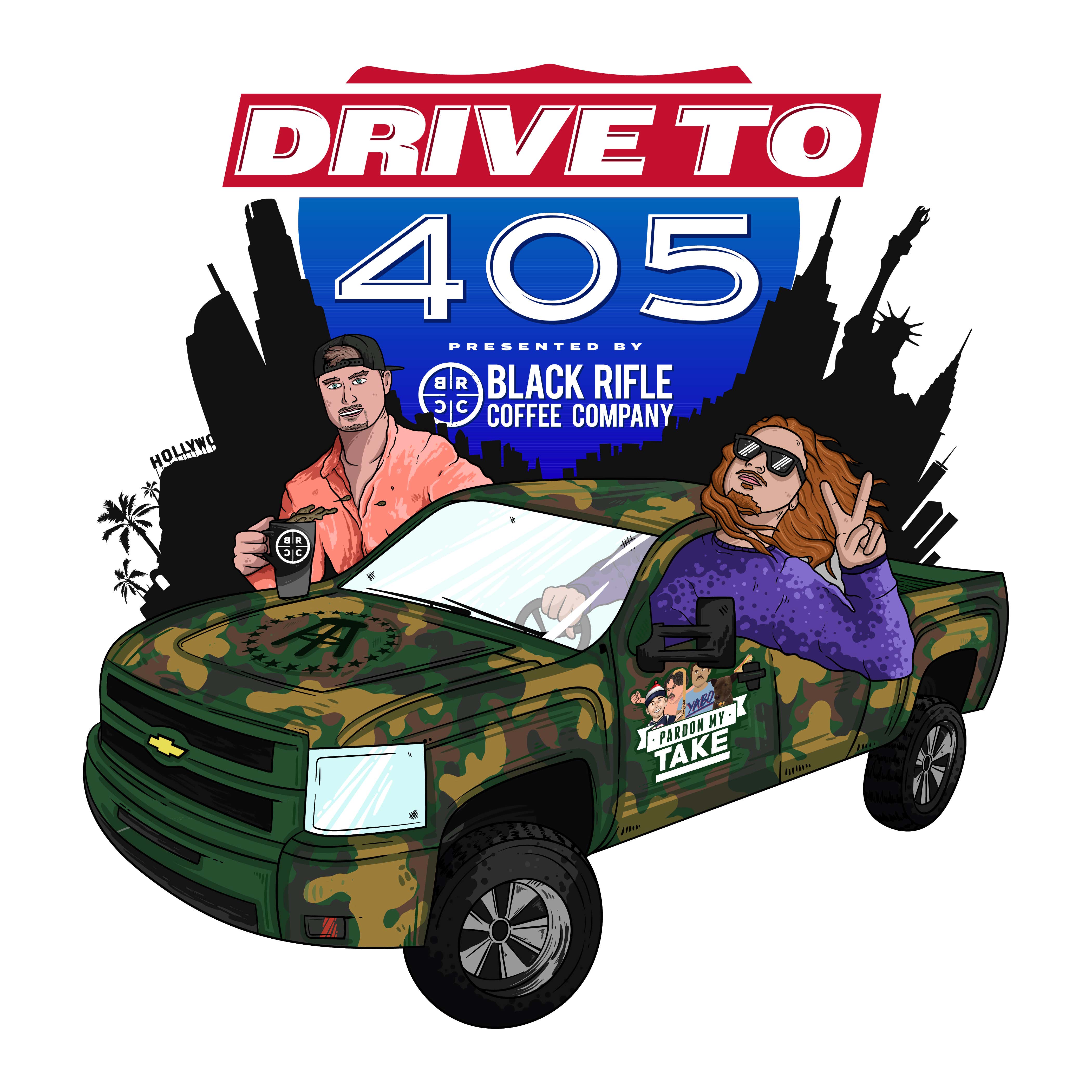 PFT and I will be traveling across the country in a camo-wrapped Chevy Silverado sponsored by Black Rifle Coffee. We decided that take the southern route that goes through Tennessee, Texas, and the southern part of the U.S. I promise I did not choose the camo truck, I will now be plagued with more accusations of stolen valor but I am not phased because Camo is pretty sick and we will be chugging coffee the whole time having a lit time.

The Iowa and Nebraska route we decided might be a little too much corn, not that there is anything wrong with that, just there were better options to not drive through 8 hours of corn. Now we have 4 nights to stop in different cities on the way. The only definite spot we have decided on is Memphis to stay in the Bass pro shop glass pyramid. We are looking for other different locations to stop and do good content. 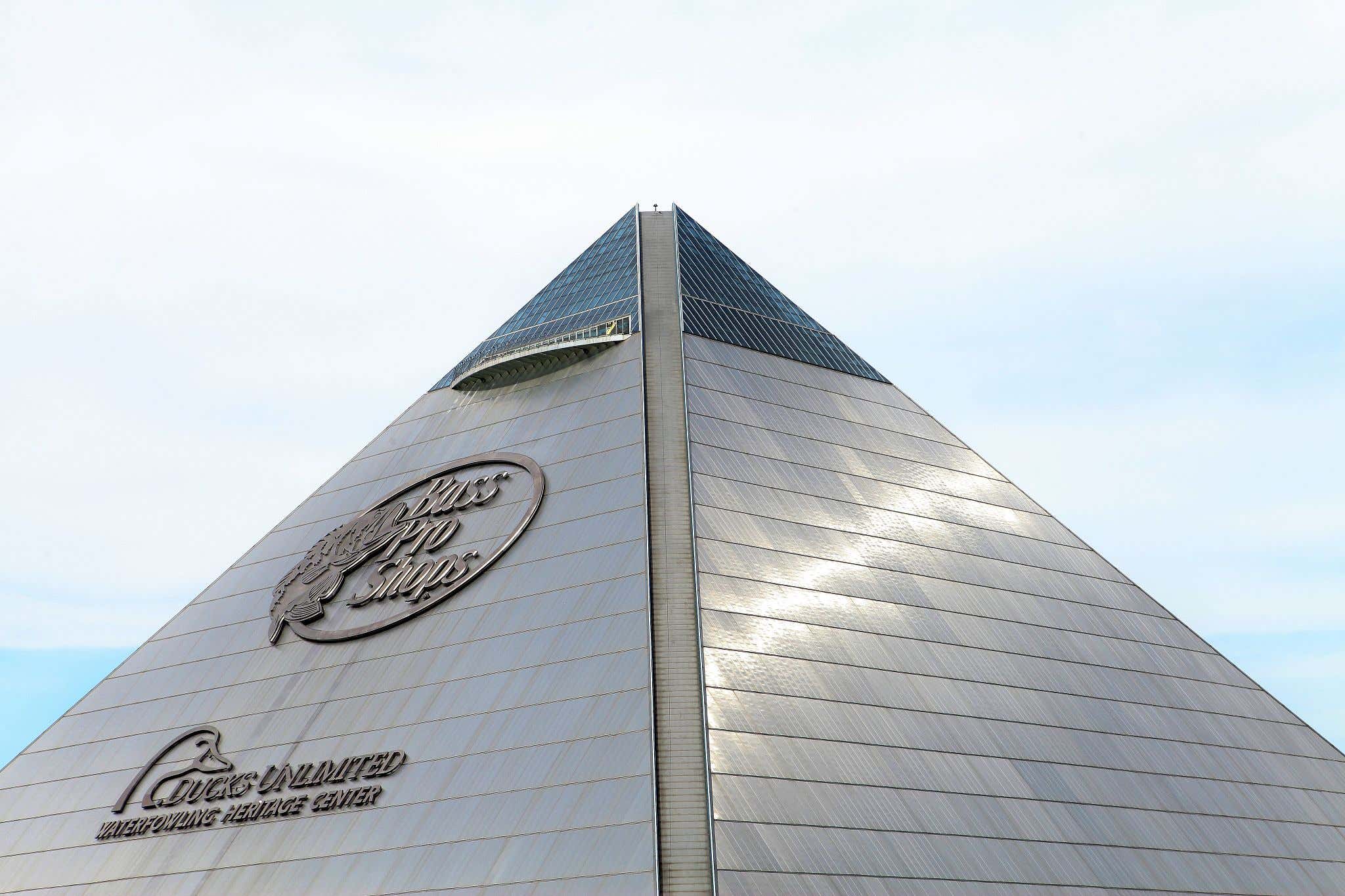 One event I am really looking forward to is the 72oz steak-eating challenge in Amarillo. The Big Texan Steak Ranch has a historical challenge that has an esteemed group of competitive eaters who compete in it. From the Wikipedia

The Big Texan is best known for its 72 ounce (4.5 pounds or 2.04 kg) steak. The steak is free to anyone who, in one hour or less, can eat the entire meal, consisting of the steak itself, a bread roll with butter, a baked potato, shrimp cocktail, and a salad; otherwise, the meal costs $72.[3] Those who have successfully consumed the 72oz steak challenge have their names recorded and posted at the restaurant. To date, over 9,800 people out of about 68,000 people who attempted this challenge have accomplished this feat.

According to the restaurant, when featured on the TV show Man v. Food, the challenge started in 1960, when founder Bob Lee decided to hold a contest over which of the cowboys working in the stockyards could eat the most steaks in one hour, with a prize of $5 (over $41 when adjusted for inflation in 2017) at stake. One cowboy ate four and a half 1-pound steaks, a shrimp cocktail, a baked potato, a dinner roll, and a salad in the hour's time to win the $5. Lee was so impressed with the achievement that he declared, "Whoever eats that much again in my restaurant, he gets it for free." Those who take on the 72oz steak challenge are required to pay for the meal in advance and, if they are successful, their money is refunded. The steak is cooked to the participant's preference, and the challenge takes place at a table for six on a raised platform in the middle of the main dining room.

The record for the shortest time to finish the entire 72oz steak challenge had been held by competitive eating champion Joey Chestnut (at 8 minutes and 52 seconds), breaking Frank Pastore's 1987 record (of 9 minutes 30 seconds, which stood for 21 years) on his March 24, 2008 visit. On May 26, 2014, he was bested by 125-pound competitive eater Molly Schuyler, who polished off the meal in just 4 minutes 58 seconds, and came back for seconds (14 minutes and 57 seconds for two meals).[4] She did not, however, eat a third steak meal in the same hour. Schuyler returned on April 19, 2015 and would finish her first meal in 4 minutes 18 seconds, beating her own record by 40 seconds. She had defeated four other teams of competitors in the challenge, devouring two more meals in twenty minutes.[5] The unofficial record (for all animals, including humans) was held by a 500-pound Siberian tiger who ate the steak in 90 seconds in 1999, until bested by a lioness in 2012 clocking in at 80 seconds. 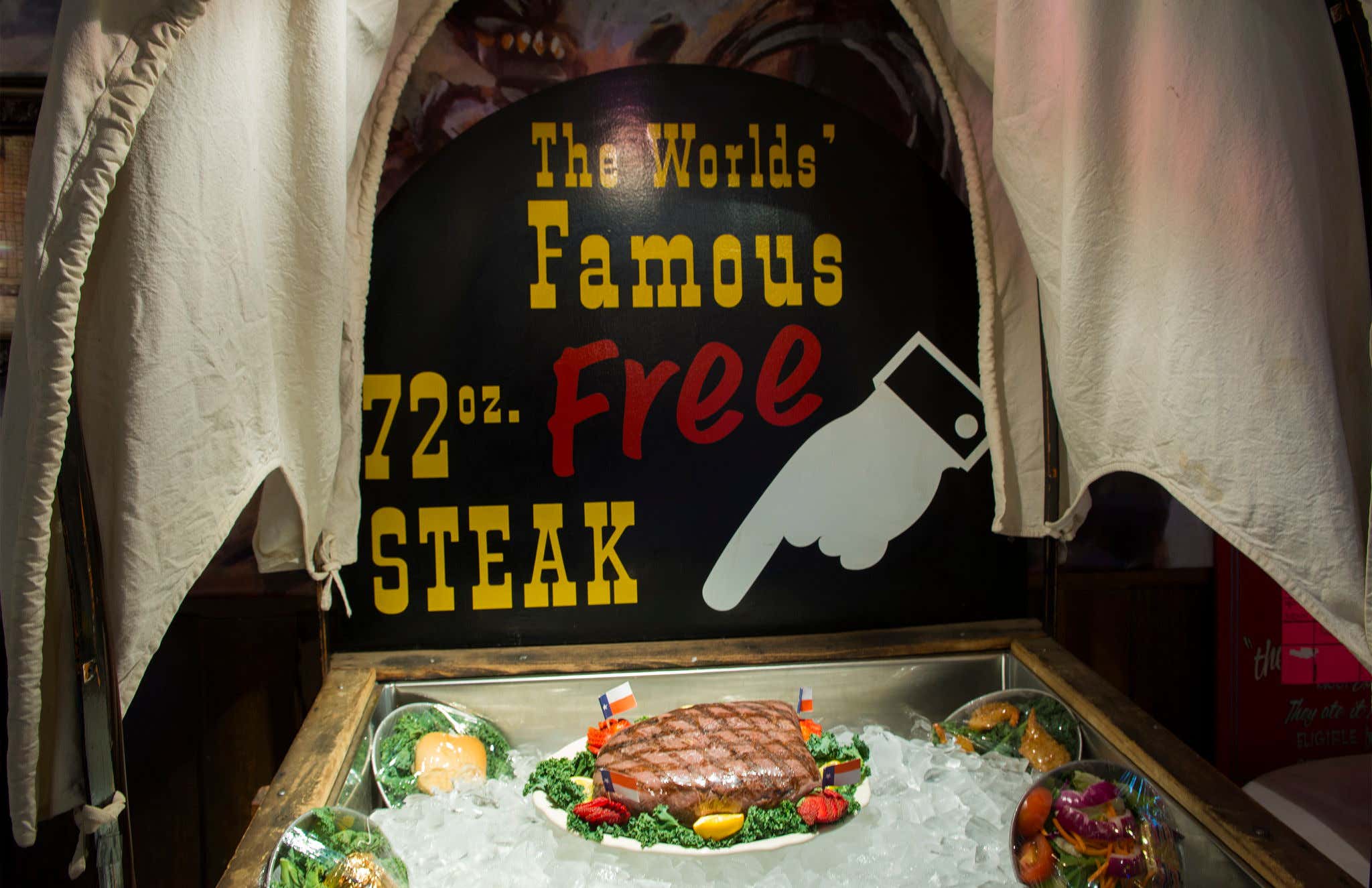 Yeah, that looks bomb, the steak is going to be hard, but it's the sides that may end up getting you at the end. 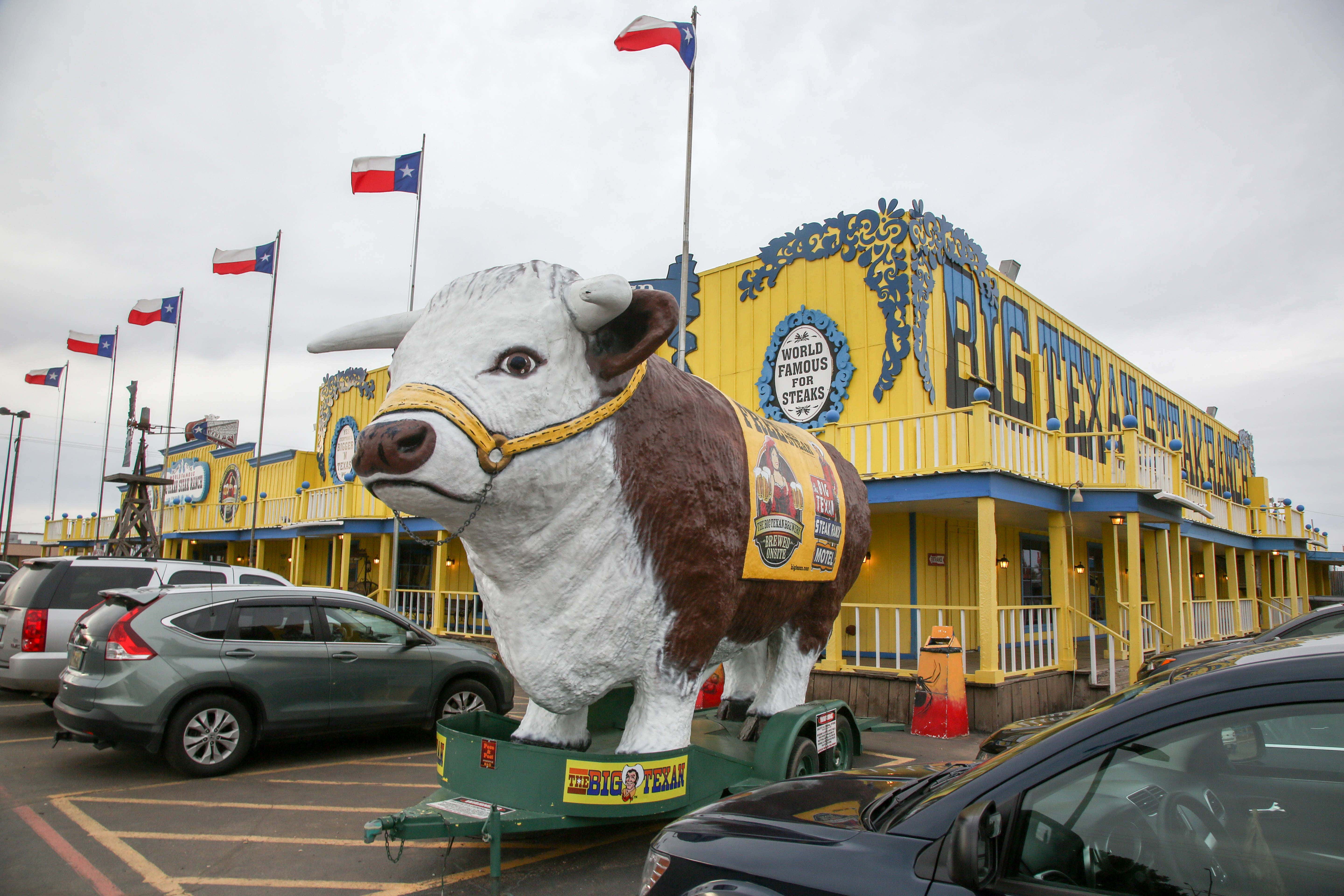 Other cities we may stop at include Nashville, Albuquerque, Las Vegas, or even Flagstaff Arizona to see the Grand Canyon.

I am hoping there may be a chance to stop at a couple of roadside zoos or other events in the area. Would love to hear of any other similar activities you all would like to see PFT and I do while on the road. Been doing a ton of research myself but locals always know the area the best. I am planning on doing a weigh-in before and after the trip to try to put on as much weight as I can on the drive because it is prime bulking season. I will also be packing a barbell and bumpers in the back of the truck so we can rep out Olympic lifts at gas stations whenever we fill up.