TMZ - Kanye West doesn't sound too cool with Pete Davidson dating his estranged wife -- and on the heels of him allegedly punching a fan, he's got a pretty heated message for the 'SNL' star.

Ye takes the jab at Pete on his new track with The Game called "My Life Was Never Eazy"  ... a snippet leaked on the Internet ... and in it, Kanye goes right at Kim Kardashian's new bae.

Kanye raps ... "God saved me from the crash, just so I can beat Pete Davidson's ass."

The leaked clip sounds kinda rough -- it's supposed to drop Friday night at 9 PM PT -- so, it's possible Kanye removes the line from the final edit ... he's known to make last-minute changes. Fans are speculating the single will be featured on "Donda 2" and Game's "Drillmatic" album ... as both rappers posted the clip.

Now, even if Ye cuts the line ... the fact he even recorded it says a lot about his feelings about Kim, and each of them moving on after their marriage. 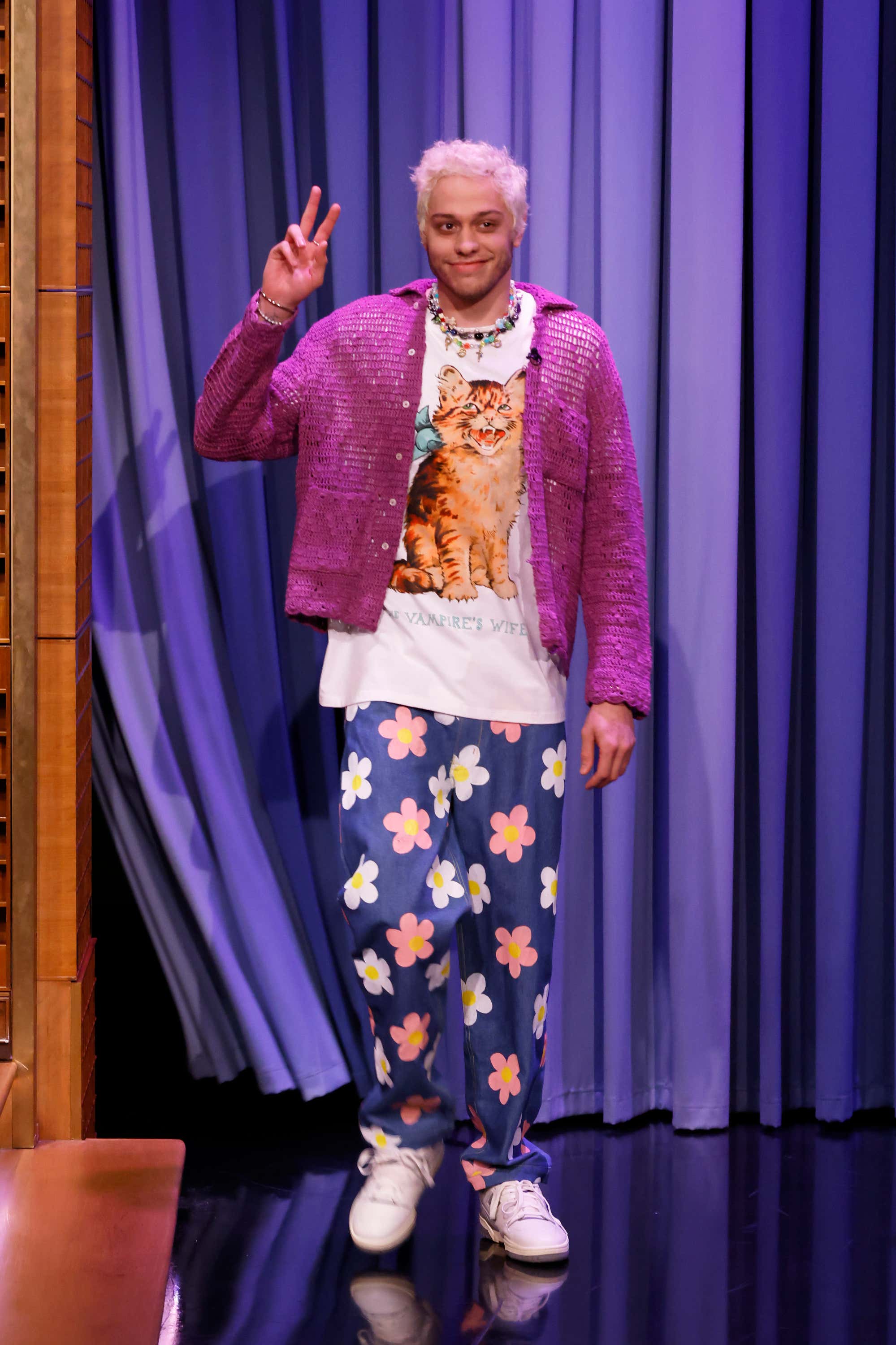 Can't hate at all. Honestly have to admit how much we admire it.

Kanye's been on a tear the past couple months-

First he bought the house across the street from his Ex, Kim Kardashian. A move straight out of Great Gatsby.

He did this after calling for Kim to "run back to him" at his first live concert in 5 years. She responded by filing official divorce papers the next day.

Then he began dating the Uncut Gems babe and flaunting her all over the place.

Then the other night he threw a listening party that included the likes of Madonna, Antonio Brown, and Floyd Mayweather. Which he allowed his crew to film and leak to social media to cause a stir.

Pat beat me to blogging it as well as the subsequent story of Kanye punching out an autograph seeker at 1 in the morning following the listening party.

So yah, a wild couple weeks for the Louis Vuitton Don.

Now he's purposely throwing shots across Pete Davidson's bow, leaking parts of an unreleased track in which he rhymes (rather corny) that the reason he survived his October of 2002 car accident where his jaw was wired to his face during reconstructive surgery, was so that he could "beat Pete Davidson's ass" 20 years later…

Which, I mean, if that's how you're looking at things, I'm honestly just sad.

There's taking the high road, there's stooping to the other person's level, and then there's using one of the most powerful medium's in the world (a song from the biggest artist in music currently) to take a shot at the guy who you thought was your friend all those years and is now fucking your ex wife…

So for those keeping score, Kanye's accident, which almost took his life, has now gifted us the epic "Thru The Wire"

2022 is already off to a hot start in the crazy department.