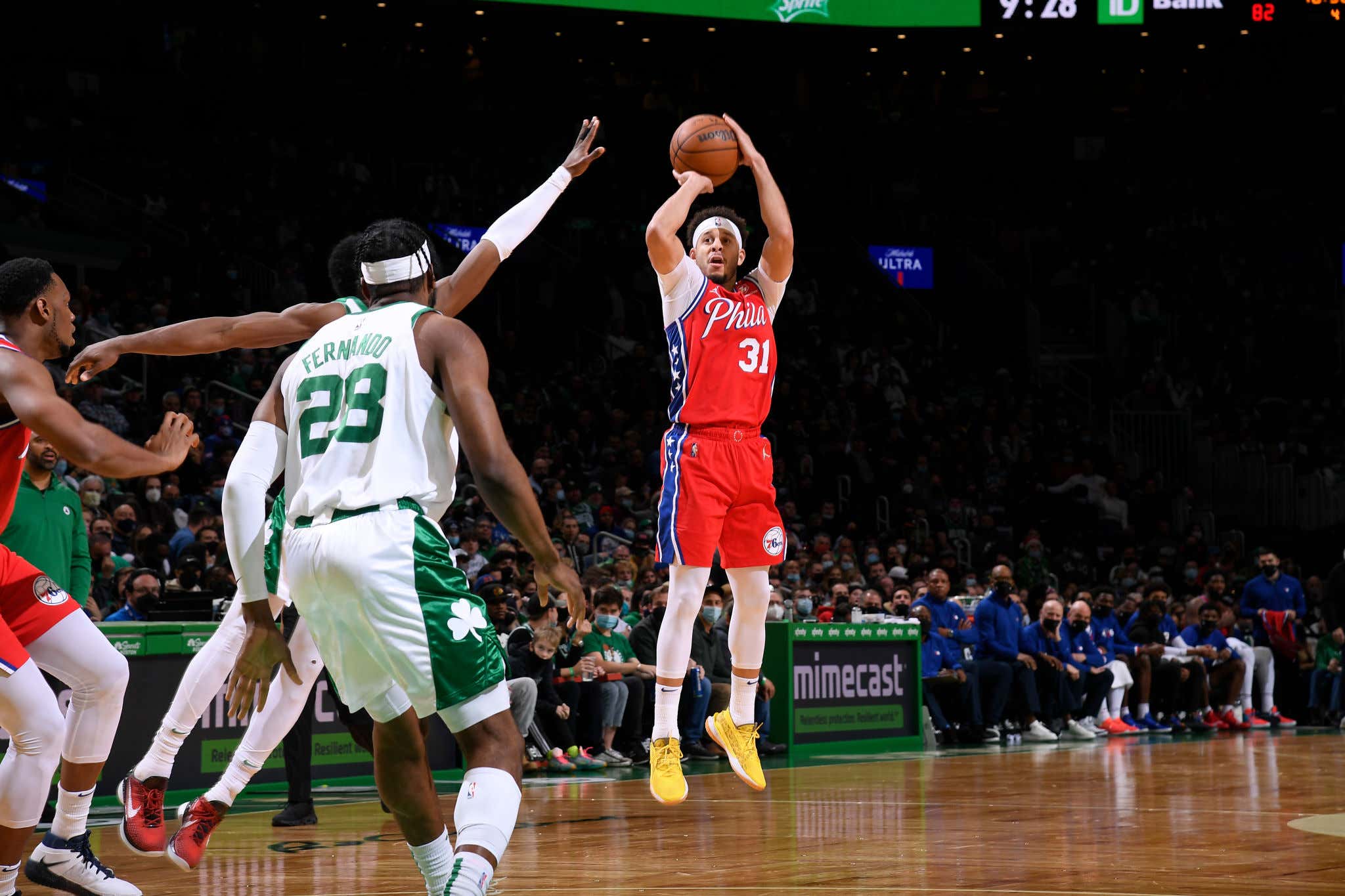 No matter when on the NBA calendar the Celtics and Sixers play, there's always a little extra juice. That's just how it goes. Both fanbases like to talk shit and drag the other on Twitter, they play in the same division, there was the whole Tatum/Fultz thing, the list goes on and on. Essentially, both Sixers Twitter and Celtics Twitter look like this as we all wait for tonight's tipoff 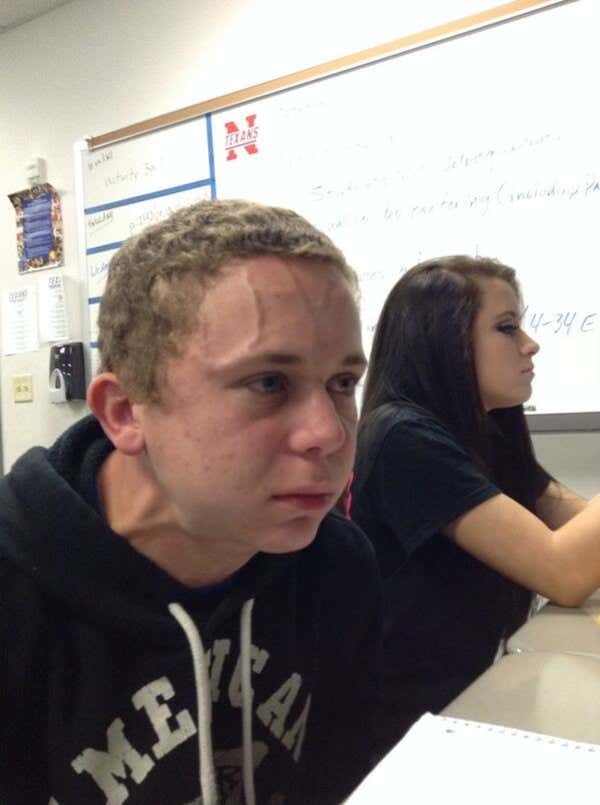 So far, they've split the season series. The Celts won the opener by a point on a game saving Robert Williams block

and the Sixers came back in Game 2 and pulled out a big come from behind win with Embiid putting up massive numbers in a game that did not include either Al Horford or Rob Williams and saw the Celts have to play Enes Kanter 40 minutes.

Which brings us to today. The Celts will be without Marcus Smart due to health & safety protocols which certainly plays an impact in how this team usually likes to defend Embiid. Often times when you see this team have success on that end, they are great with their delayed doubles with Smart coming over. That'll probably be adjusted, but with Rob and Al back you feel better about what their individual defense on Embiid might look like.

When I think of tonight's game, my focus isn't really on Embiid though. He's a generational player. Chances are he's going to get his numbers given how he is rolling right now. I don't think you're crazy to say he's been one of the best players in the league these last few weeks. So for the Celts, they can't just get caught up in this idea that in order to beat the Sixers you have to shut down Embiid. I would argue it's more important (and probably more likely) that you do what you can to limit his supporting cast. This is NOT something we saw happen in their second meeting and it's mostly due to things that are pretty correctable.

I'm looking at Seth Curry. With no Smart on the perimeter, I feel pretty confident that we're going to see a lot of high screens involving Embiid/Curry. They ran it time and time and time again in that second game and the results were not great from a Celts perspective. There was a whole bunch of this

Why Enes kept defending this way is something not even the greatest basketball minds on the planet could explain, but whenever you're going up against Embiid and big man foul trouble might be a concern, this stuff matters. Would it shock anyone if Al and Rob found themselves in some foul trouble on the road in PHI and Enes has to see the floor? Call me crazy, but any sort of defensive strategy that gives a CURRY this type of room 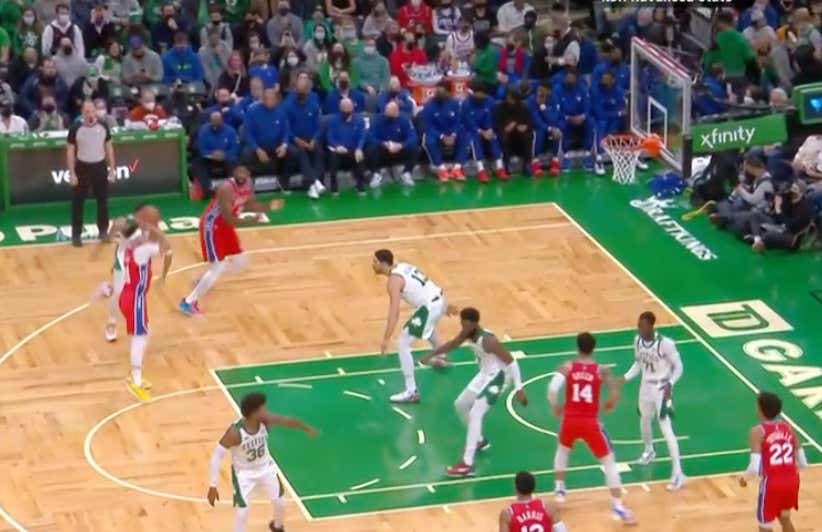 is not exactly what you want to see. Curry finished 10-13 in this game and it felt better than that as you watched it. Finding ways to limit these sort of wide open looks where Curry can easily catch his rhythm is almost as important as slowing down Embiid. The latter becomes even harder if the former keeps happening. It's not all that different from the early LeBron Cavs strategy. Let him get 40, limit everyone else.

We saw similar shit when it came to Tobias Harris. A guy who finished 7-13 for 25 points in that game.

So I don't care who the big is in this spot, they need to come up higher coming off that screen to prevent that pullup or at least contest it. Figure out the rotations to cover on a rolling Embiid. It's more important to stop "the others" from getting to these type of spots with ease where they are taking uncontested jumpers. Playing at home, you assume they'll shoot even better. This will also be true if someone like Maxey/Milton have the ball coming off P&R. They can easily step into an open 15 footer.

If you want success tonight, you have to take that shot away. It's just as important we see guys fight through screens, but if they are going to be over, the closest big has to be on the same page. The hope is that better defenders like Rob/Al will be able to figure this out. You feel way better about someone like Rob contesting a pullup jumper than you do Enes. But if the Celtshave another game where they are simply giving the Sixers role players this shot time and time again, you're more than playing with fire. Shit like that is what allows the Sixers to stay close, and then they have maybe one of the most dominant clutch time players the league has, playing at home. Chances are Embiid gets a friendly whistle down the stretch, just like he always does. That's why it's beyond crucial to limit his supporting cast before things get to that point.

To do that, this simple adjustment could go a long way. In the first game, Harris shot 4-11, Maxey 3-13, Niang 4-10. Sure Embiid was also horrible at 3-17, but that's not something you should bank on happening too often. Shots for the supporting cast were tougher to come by, and for me that was the biggest difference between the first two games. Clean up your P&R defense, and you give yourself a chance.