Source - Scary moment for professional skier George McQuinn who was knocked unconscious after a brutal crash during the FIS Freestyle World Cup event in Deer Valley Utah on Thursday.

The terrifying incident was caught on video ... showing the Team USA skier taking a nasty spill on the last jump of the course, smacking the back of his head as he took off. McQuinn is immediately knocked out cold from the blow to his head, and you see his body go limp, as he then slides down the mountain, face first.

Later that night, McQuinn let his fans know that he was okay after the "gnarly crash" -- posting video of the incident on his IG and a photo of his facial injuries with a thumbs up.

And that, my friends, is my worst nightmare. The only difference is I wouldn't get knocked out on a jump, it would be somewhere on the bunny slope. You could tell it was bad the second he went limp... 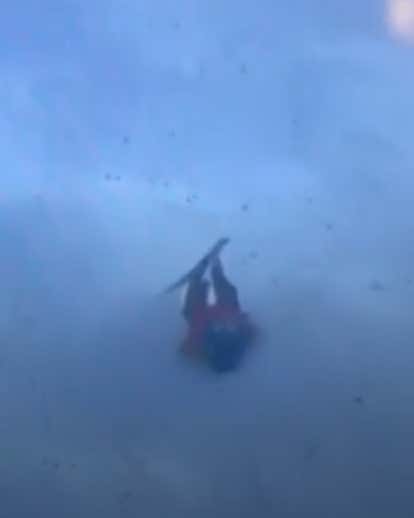 Poor guy slinked down the mountain like the grinch. He also posted this photo of his face after the crash to let people know he was okay… 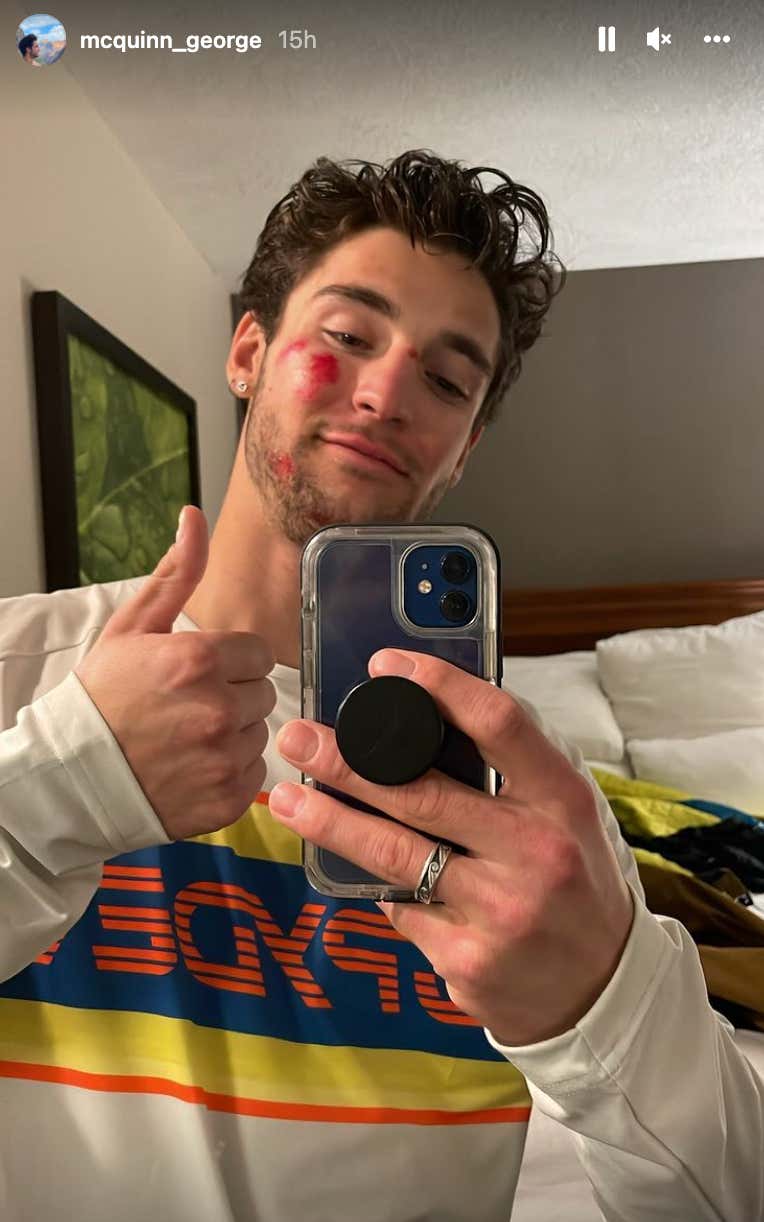 As well as an appreciation post for his helmet… 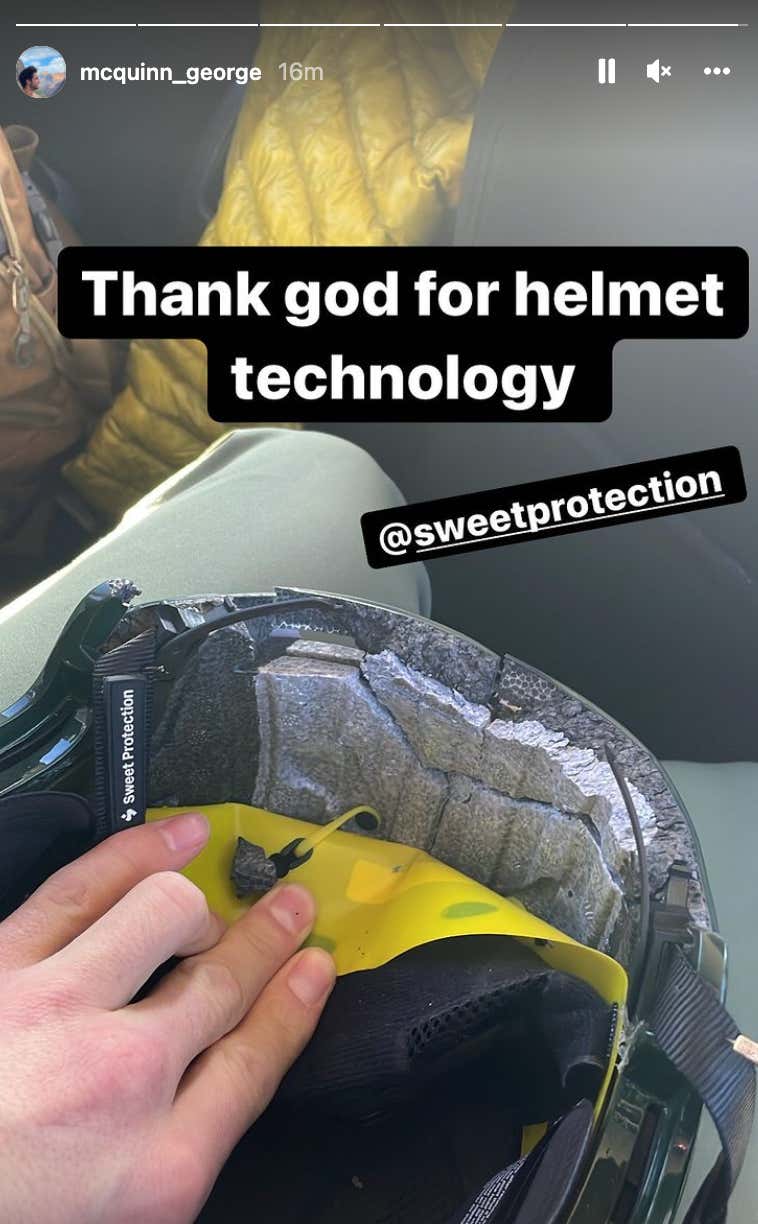 Which 1000% saved his life. I've said it before and I'll say it again, helmets can look goofy, but you have to wear one. Even if you're not going nuts all it takes is one bad fall and you're fucked. Also, stay off the moguls. I get that they were part of the competition, but nothing good ever comes from them. All they do is destroy your knees and make you lose control. Anyway, thank God George is okay and if you're skiing this weekend, be careful.