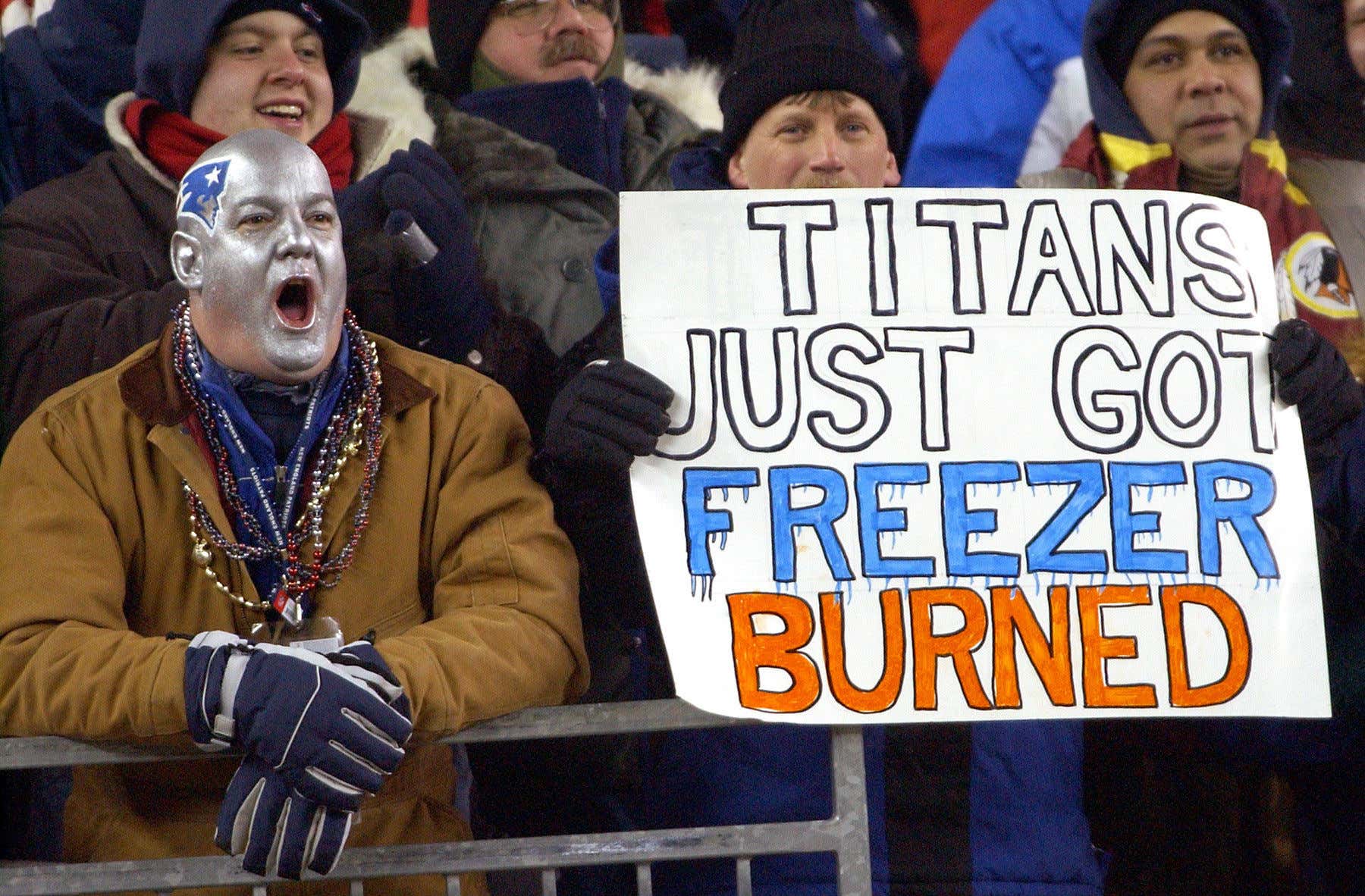 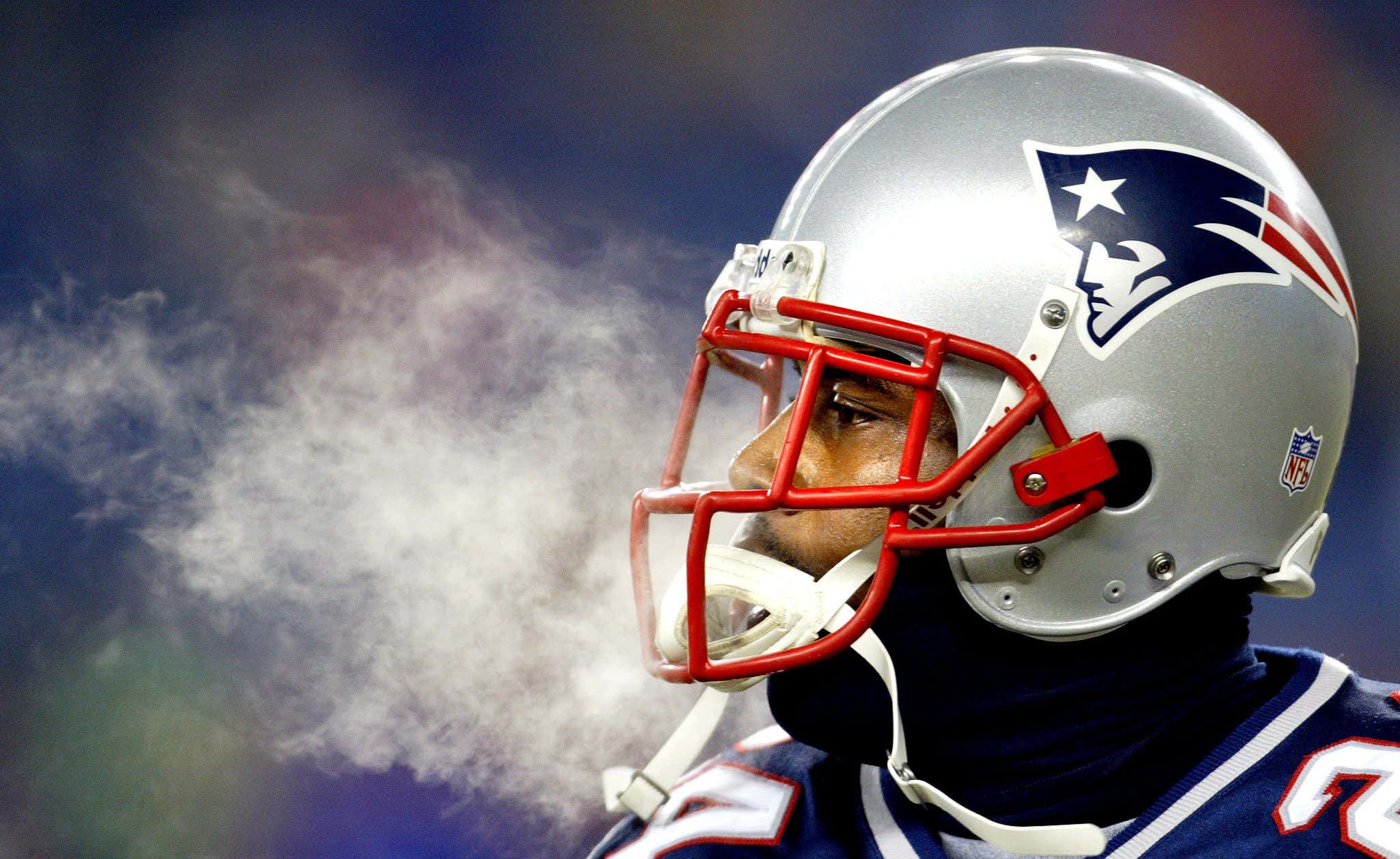 --Ad in the The Times of London by Ernest Shackleton, seeking crew on a journey to Antarctica aboard HMS Endurance in the 1910s

By way of accuracy, the existence of the ad I just quoted is very much disputed by historians. What is not in dispute is that the Endurance expedition took place, the ship was caught in the ice. The good captain and crew lived up to the vessel's name by surviving two years in the some of the worst conditions on Earth. And eventually, after a harrowing journey in an open boat across the most treacherous waters in the world, found rescue and every soul on board returned to England.

What is also not in dispute is that I answered a similar call to adventure that was very, very real. Which is relevant today because, with temperatures in the single digits forecast for tomorrow night's Wild Card game, even the intrepid people of Bills Mafia are bailing on their team and electing to stay home by the space heater:

Some of what I'm about to tell you may sound apocryphal. The mere musings of an older man looking back at his youth and exaggerating what he went through. Like saying he had to walk through blizzards 10 miles to school with a hot potato in his pocket to keep him warm. But as one who lived it, I swear to you ever word  you are about to read is true. You may need to take small children and sensitive adults out of the room before you continue. Because what I'm about to describe involved the limits of human endurance. Moments of extreme deprivation. Desperate survival conditions. People living on the edge. And the descriptions will get graphic.

The date was Thursday, January 8th, 2004. The Patriots, having missed the playoffs the season before, had gone 14-2 and were coming off a bye week in the playoffs, with the Divisional round game at Gillette Stadium against the Tennessee Titans scheduled for Saturday night. I had just gotten home from work and my very young kids were playing in the den when my oldest brother called. "So we're still on for watching the game at your house?" I asked.

"Yeah, well … that's what I'm calling about," Jack replied. "See, the weather looks so bad, tickets are going for less than face value, so I was wondering if maybe you felt like --"

I cut him off. A disembodied voice in my head I could not control involuntarily said, "I'm in."

A few things about that uncontrollable urge. First, I hadn't been to a game in forever. Since the Bill Parcells era at the latest. Two kids had come along and in the need for every new parent to jettison some of the cargo of their personal lives to make room for the time children take up, that particular personal pleasure was the first thing to go.

Another thing I hadn't done in a long time was anything stupid. And that was a need that also had to be filled. As our brother Jim puts it, men are like dogs on a leash in the backyard. We know exactly how far it'll let us run. But every once in a while you still have to go full sprint toward the fence until the thing chokes you and throws you to the ground. This was me testing my leash. Which was fair because it's not like we had other plans for a frigid Saturday night. Even in those final, simpler days before I sent an email to a stranger named Dave Portnoy that would eventually make following the Patriots the way I pay the bills, the playoff game was the only thing on my agenda. My understanding Irish Rose, realizing my irrational need to answer this call to adventure, signed off.

It was one of those games where the local newspapers (Google the term, kids) ran graphics on the front page of the sports section with tips on how to dress for it, but I didn't need the assist. The first thing I did was recall an old Bengals playoff game from when I was in high school where it was sub-zero in Cincy at game time, and they did a feature on how Cris Collinsworth prepped for it. He said the first layer he put on was panty hose. And figuring no one was going to see what I had on underneath, I decided to do likewise. (Note: 2004 was a less enlightened, more judgmental time.) So the Irish Rose found a pair that was no longer of any use to her. And while I can't quantify how much warmer they made me, I don't think I've ever felt sexier. Seriously, my legs looked like Beyonce's in those things.

The rest was alternating layers of nylon and fleece. Covered in a Carhart-type suit. Topped with a Patriots jersey. With those glove- and boot-warmers that come in little packets like ketchup. Think Randy in "A Christmas Story," but where I could put my arms down. And bend my elbows. At least enough to reach a beer bottle to my lips.

Which brings me to the beers. The supply we had was good for maybe the first hour of tailgating. The first evidence of the madness we had signed up for came after that. When every bottle you opened would freeze at the neck. An ounce or two would bubble down the sides like the baking soda concoction in a Science Fair volcano. Then what was left would be stuck inside the bottle, a thick, semi-solid sluice like a McFlurry, that wouldn't pour out unless you waited until about Red Sox Opening Day. Our cousin Phil was with us, and he had the foresight to bring port wine, because it goes so well with the cigars we had. That was our only booze. I don't recall what we had on the menu. Just that whatever we had, if you dialed the grill up to maximum heat, it only vaguely warmed whatever you put on there. The hot and cold battling it out for supremacy like Heat Miser and Snow Miser, with Lukewarm Miser emerging victorious. And the risk of Salmonella Miser winning the day.

At halftime, Phil got a bottle of water from the concession stand. And while this again sounds like a granddad story, I not only swear on my family it happened, I've talked to someone else there who experienced the same thing. A room temperature 12-ounce bottle of spring water was frozen solid by the time he took it back to his seat. The whole stadium was one of those blast chillers they put patries in on "Great British Baking Show" when they're in a hurry to start putting icing on it.

I should add that what I had on did the job for the most part. Things got a little dicey late in the game as those hot packets began to wear off. And no matter which deep pocket I buried my early-2000s flip phone, it was rendered inoperable. Which is why I have no square, low-resolution photos from the day to share and you just have to take my word for it. But it was hard to complain when you're just a few rows away from the obligatory fat guys who opted to take their shirts off. Lord help me, do I love a good fat man. The kinds of guys you see working outside all winter wearing shorts are my favorite people. And there was as much bare gentleman flesh on display than you'd expect to see at a beach in July. Only my appreciation for Fat Guy Culture kept me from gutting one like a Tauntaun for warmth. And I'm sure they do smell bad on the outside.

As far as the game itself, a few things. One, as bad as it was in the stands, it's hard to fathom what it was like to get hit and tackled on that playing surface. It had to be like playing football on concrete. On the dark side of Pluto.

Another thing I remember was that this was just the latest in a series of Titans games of that era where the narrative was all about how Steve McNair was reportedly playing through a ton of pain. That he'd been forced to miss a lot of practice time. And it was only by the sheer force of his will and courage that he was taking the field at all. The problem was, that by January of 2004, we'd been hearing it so often and for so many years that it became fair game to question if maybe - just maybe - he's not getting hit more than every other quarterback in the league. Maybe he's just more susceptible to getting injured. Regardless, at the risk of speaking ill of the dead, as he left the field for the 2:00 warning, McNair slowly and deliberately made his way off the field with a pronounced limp. And I swear that as he came back, while the network was clearly still on commercial break, he ambled like a guy out taking his Golden Doodle for a walk through the dog park. I'm just saying, that was what it looked like from the cheap seats.

As you'd expect under the conditions, this one was a rock fight from beginning to end. The only clear advantage belonged to the Fahrenheit scale. Everyone else kept it close. In the 1st quarter, Tom Brady connected with Bethel Johnson for a 41-yard touchdown. In the 3rd, McNair led an incredible 11-play, almost 8-minute drive capped with a touchdown to Derrick Mason to tie it up. And in the most underrated field goal of his career - just because he had so many other unforgettable ones - Adam Vinatieri put the Pats up 17-14 with a 46-yard field goal. In those temperatures, that had to have felt like kicking a butternut squash. But he nailed it.

McNair, to his eternal credit, led a drive that almost sent the game to overtime. He connected three times to Drew Bennett, once for 13 yards (challenged by the Patriots but upheld), once for 12 yards, and once for 11 yards (challenged by the official, and upheld). Until finally a 4th down pass intended for Bennett that was almost caught hit the ground and it was game over for one of the wildest postseason games in Patriots history.

The Pats went on to beat the Colts the following week. Meaning they defeated both co-MVPs, McNair and Peyton Manning, in the same playoffs. And established for good that the worst weather the planet can throw at them only provided them with the best homefield advantage in football. It remains to be seen if the Bills can make the same claim, but I tend to doubt it. They just don't seem like a team built for extreme elements. But we'll see.

The other thing we'll see is whether or not the Bills Mafia are as hardy, dauntless, brave and intrepid as I and 68,435 others were on that unforgettable night in the early days of the Dynasty. My safe return was doubtful. But the honour and recognition in the event of success is still mine, 17 years and five championships later.