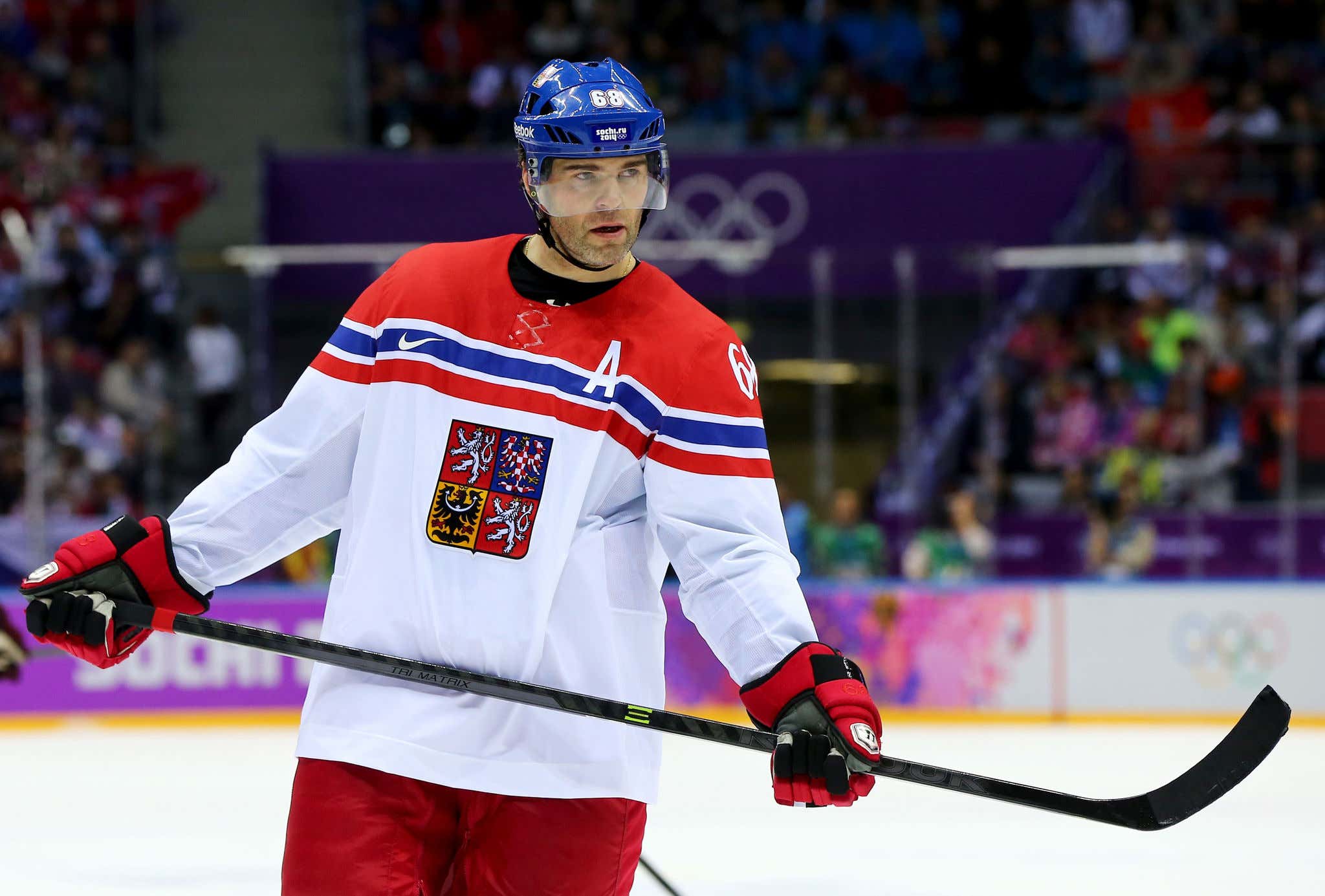 The Czechs released their roster for the upcoming Olympics in Beijing. On that roster, you'll see quite a few notable names despite the fact that NHLers will not be playing in the Olympics again this year.

Former NHLers like Vladimir Sobotka, David Krejci and Michael Frolik lead the way. But one noticeable omission to the squad? Another former NHLer who is still playing back home in the Czech Republic? One who has already won a gold media for the Czechs back in '98?

I know without NHL players in the games this year that teams are going to be bringing a youth movement with them to Beijing. USA is sending a ton of college guys like Matty Beniers, Jake Sanderson and Matthew Knies. Canada is bringing players from their junior team like Owen Power, Mason McTavish and Kent Johnson. But Jaromir Jagr was 450 goals into his NHL until these little twerps were even born. So if you're not going to be sending your full A squad to the Olympics, then there's literally no way you keep Jags off the roster.

Unless, of course, Jaromir Jagr is planning on playing in the NHL again at some point over the next month. You see all these teams with lineup issues due to Covid. You don't think that Jagr can't squeeze one more kick at the can out of his career? I mean the Flyers are rolling dudes like Jackson Cates and Max Willman out there. Clearly Jaromir Jagr can still play in the NHL. Plus he probably sees how close Ovechkin is to passing him in career goals. Send Jagr out there for the last few months of the season and let him pad that lead back up again.

It's the only thing that makes sense. Jagr's agent probably already has a deal on the table waiting for the ol' Herbie Hancock. He's just gotta let Jags add a few more kills to statsheet before he's ready to head back to North America for a few months.