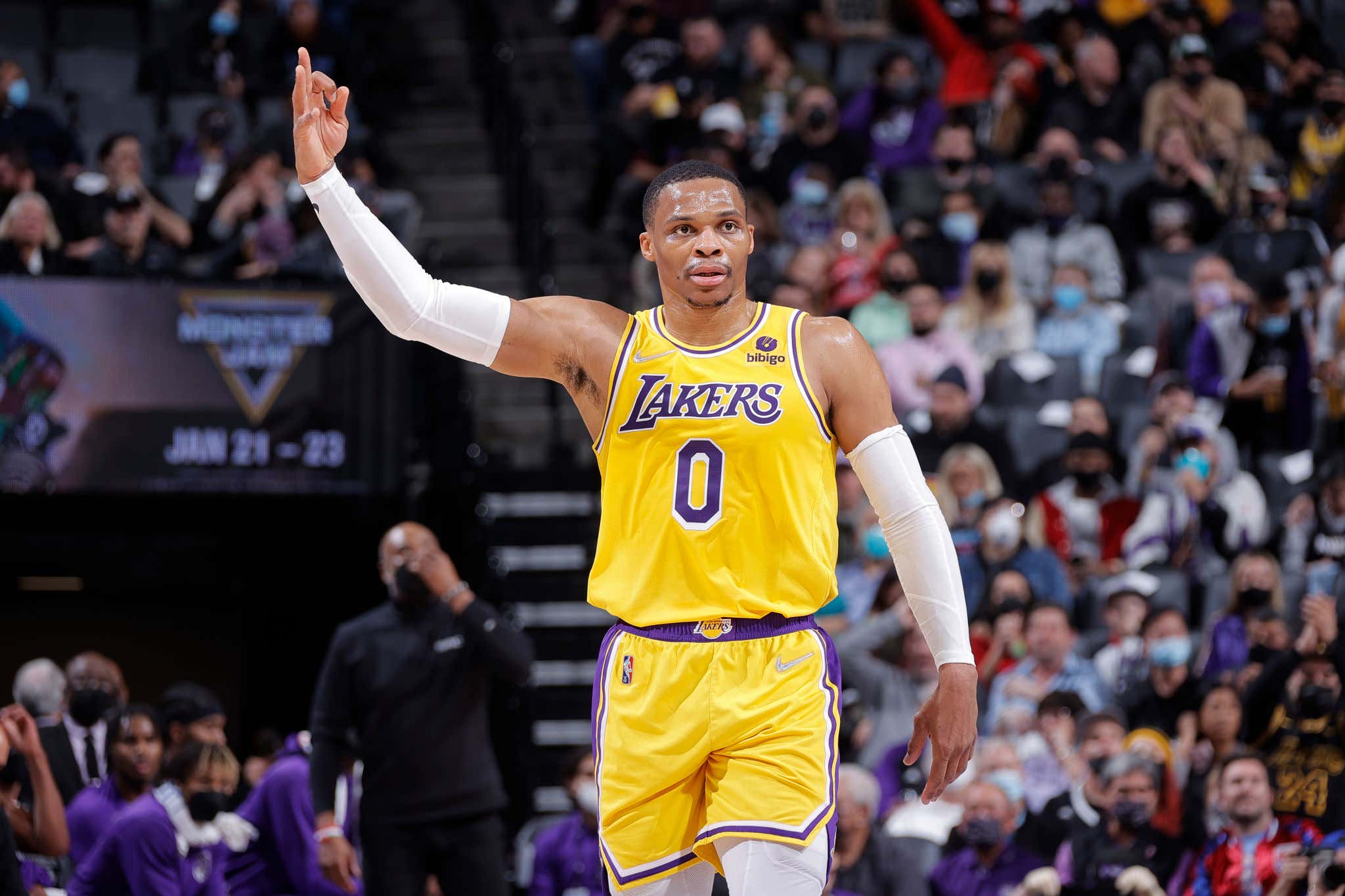 The other day when the Kings took down the Lakers for the second time this season, they had a little fun at the expense of Russell Westbrook. By now, you've most likely seen it

Seems pretty fair for a rival to do with a guy who shot 2-14 (0-5) n the game and is shooting 43/28% on the season. Again, this is Kings/Lakers we're talking about here. There's been bad blood between these two teams ever since David Stern clearly pulled some shit all the way back in 2002 to help the Lakers. We aren't debating that fact in 2022 are we? That was bullshit and everyone knows it. Since then, these two franchises haven't exactly had the same amount of success, so for the Kings and their fans, they have to be creative in their pursuit of joy. If that means making  fun of players on the jumbotron for stinking up the joint, who cares? If you don't like it, don't shoot 2-14. Pretty simple. Well, it would appear that the Lakers very much care. I can't say for certain if it was Westbrook or LeBron or Rob Pelinka or Jeanie Buss, but someone within the Lakers made the call to the league about it. How do we know that?

Jesus Christ Adam Silver get your league under control. What are we doing here? First, there was the soft as shit ejection of Kyle Lowry, which was bad

then Devin Booker threw a little temper tantrum over a mascot cheering, and now this? All because the Lakers cried that someone made fun of them for sucking? Once again I am begging this league to do anything but feed the "SICK LEAGUE BRO!" hockey hardos. What are we doing. These are professional sports. This is competition and with competition comes shit talking. We know this upsets the Lakers, how could we forget LeBron crying that the Grizzlies were talking shit as they blew the Lakers out, but this? This is even more pathetic. Tell us there's Lakers privilege without telling us there's Lakers privilege. If they had done this to any other team/players in the league, do we think the NBA tells the Kings to knock it off? No can in hell. But how dare a team even consider dogging on the Lakers, that is in no way allowed. Grow the fuck up NBA. The Lakers stink this year to the point where they can be trolled by the Kings, that's just something you're going to have to deal with. Tell them to play better, don't penalize the Kings for having fun at their expense. Especially given their history.

What's next? Are they going to take away the exodus cam that helps expose fair weather Lakers fans?

I thought sports were supposed to be fun. I thought when you win. you could talk all the shit in the world. I suppose that's true, you just can't do it to LeBron & Co. Adam Silver has made a ton of great decisions since he took over the league, but I would not put this one in that category. This is just incredibly soft and honestly pretty pathetic.