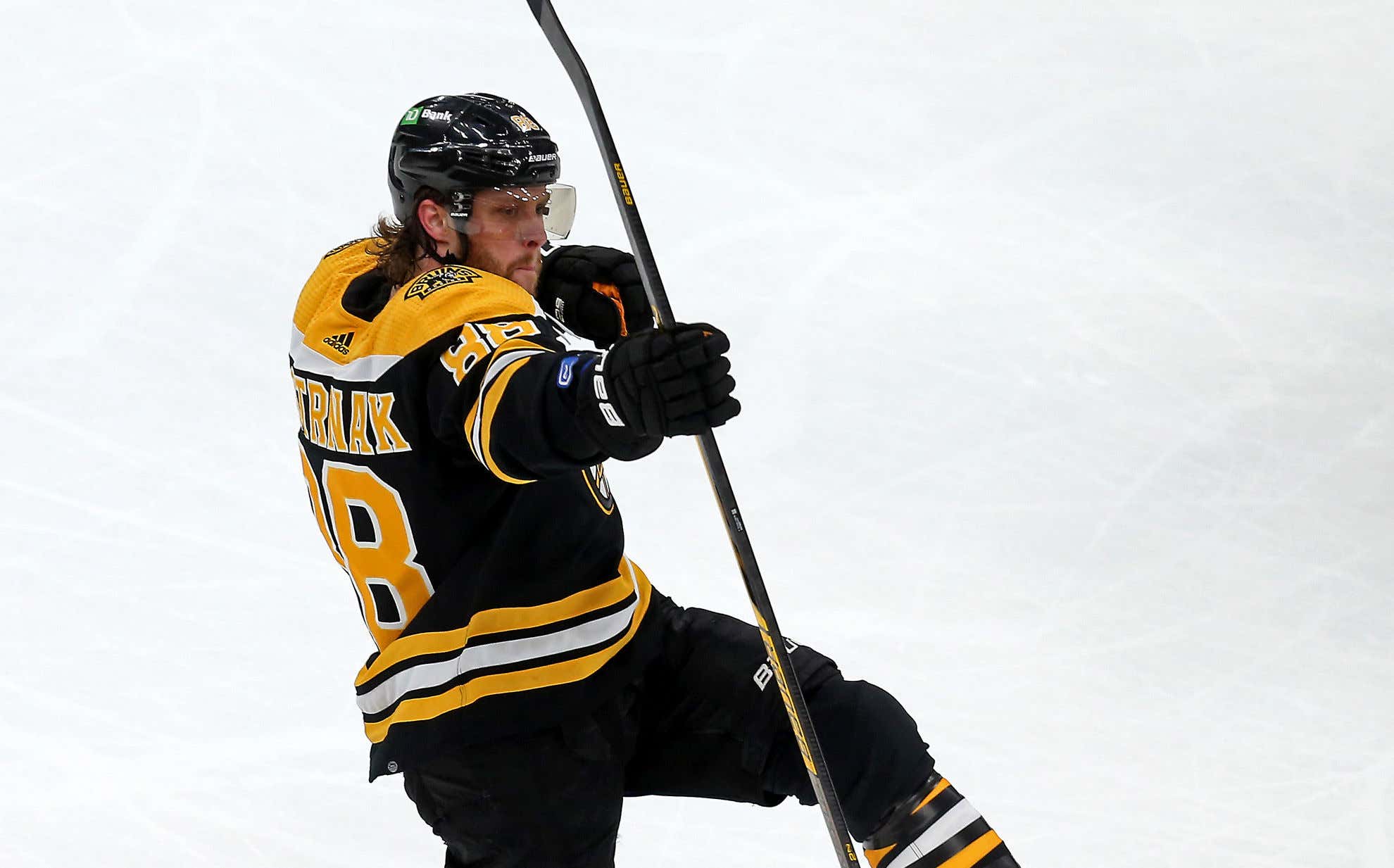 Make it four straight wins for the Boston Bruins, and 7 of 8 wins since the new year. The B's are RED HOT. Let's get into it.

Less than 2 minutes into the game David Pastrnak opened the scoring. 1-0 Bruins.

Anton Blidh drew a holding penalty and it was 88 once again lighting the lamp. Great feed from Marchand. 2-0 Bruins.

Cam Atkinson redirected one on the Flyers' PP (Nosek in the box) to cut the lead to 1. 2-1.

Tuukka Rask and Carter Hart both made plenty saves in the 3rd to keep it a one goal game.

- No Matt Grzelcyk tonight who was added to COVID protocol, John Moore (upper body) also did not play. Tyler Lewington and Jack Achan both up from Providence took their spots. Lewington scrapped with Zack MacEwen in the 2nd. Thought both players held their own.

- Tonight was David Pastrnak's night to have a hat trick. Pasta is now up to 16 goals on the year. 8 goals in his last 6 games. HEATING UP. 11th hat trick of his career.

- 2nd period wasn't Charlie McAvoy's best, he got walked by Joel Farabee on the tying goal in the 2nd. Wonder if he's 100% after his lower body injury. He did set up Pasta's GWG though…

- Shout out to Patrice Bergeron for being an NHL All Star, but Brad Marchand (8th in NHL in points coming into tonight) got snubbed.

B's back at it Saturday for a matinee against the Nashville Predators (who have won 5 straight). Buckle up.