“It’s only a fool who keeps doing things the same way and expects different results. If the Mayor and Kim Foxx don’t do anything to get control of this, it’s not going to get better. It’s going to get worse,” Perillo told CBS2.

“If they don’t do anything about this, they’re going to lose a lot of businesses. They lost Macy’s. They’re losing Neiman Marcus. They may lose this store,” he said in another interview.

Days after the smash-and-grab, Lightfoot walked in to Perillo’s showroom at 834 North Rush Street, where Rolls-Royce, Lamborghini, and Bentley models are on display. She wasn’t there to buy.

Instead, she met with Perillo and, according to two sources familiar with the conversation, it did not go well. One said that the famously abrasive mayor “got into a fight and walked out.”

The second source confirmed the conversation soured and said Lightfoot called Perillo an “idiot” as she headed for the door.

I blogged this last month when it happened. The story became big national news.

What's crazy is people and the media here in Chicago are so desensitized to this stuff by now it doesn't really register.

stays in our local news cycle for maybe 24 hours because there's guaranteed to be something just as if not more fucked up tomorrow.

What is a surprise however is that the Mayor actually paid Joe Perillo a visit.

He must have shit a brick when she walked in the front door.

A mayor’s office spokesperson confirmed that Lightfoot met with Perillo but declined to provide details about the conversation, citing privacy expectations.

A day or two after Lightfoot walked out, Perillo’s dealership received another visitor from the city: an inspector from the Department of Business Affairs and Consumer Protection (BACP). She brought her ticket book.

Lightfoot’s spokesperson said the inspector was following up on an anonymous complaint that the city received on December 15 about a public health violation at the dealership.

“It was unrelated to the mayor’s meeting with Mr. Perillo,” the spokesperson said.

In fact, CWBChicago has learned, the city inspector slapped Perillo’s dealership with four tickets for six violations during her visit shortly after 2 p.m. on December 17. Only one ticket and two of the alleged violations are health-related.

This story is so Chicago it hurts.

Imagine being robbed. Grand larceny. And the video of it going super viral.

It's such a brazen and reckless act, where the thieves acted with incredible composure and confidence, that people accused Perillo of staging an inside job.

Then imagine the mayor coming to visit you, unannounced, and you voicing your concern, and her standing up, calling you an "idiot", and walking out of the place.

THEN imagine city inspectors coming by 48 hours later and slapping you with 6 violations. SIX!

Salt in the wound. Lemon juice in the eye.

This isn't some shit hole cockroach infested restaurant. This is an Astin Martin, Bentley, Lamborghini dealership.

The champagne they had on hand? Those are gifts to people as a show of celebration for purchasing cars that cost more than most people's houses.

But write em up!

Some people might think we’re living in bizarro world.

Like Perillo said in his televised interview, that's the result of not prosecuting crimes over and over and over again, and letting criminals back out on the streets.

When there are no consequences how can you blame the thieves? 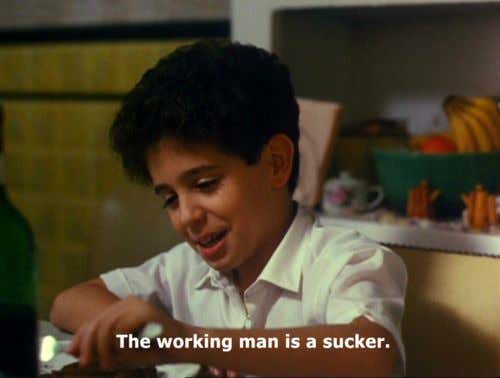 Lori is a fuckin wolf in sheeps clothing. A don masquerading as a foot soldier. She has a mouth like a truck driver and takes shit from nobody.

I not only respect it. It’s began to turn me on…

The more hardcore she gets the more entranced I get.

For everybody that thinks she’s won multiple elections, or asking how she got elected in the first place - she ran in 2019 for first time, and won in a runoff against Toni Preckwinkle (who, believe it or not would be way worse, and pretty much already runs the city anyway) and she got a lot of people’s votes (mine included in the run off) because she ran on a platform that she was going to break up the machine, put an end to “the chicago way”, aldermanic privilege and a bunch of other ideas that sounded great at the time.