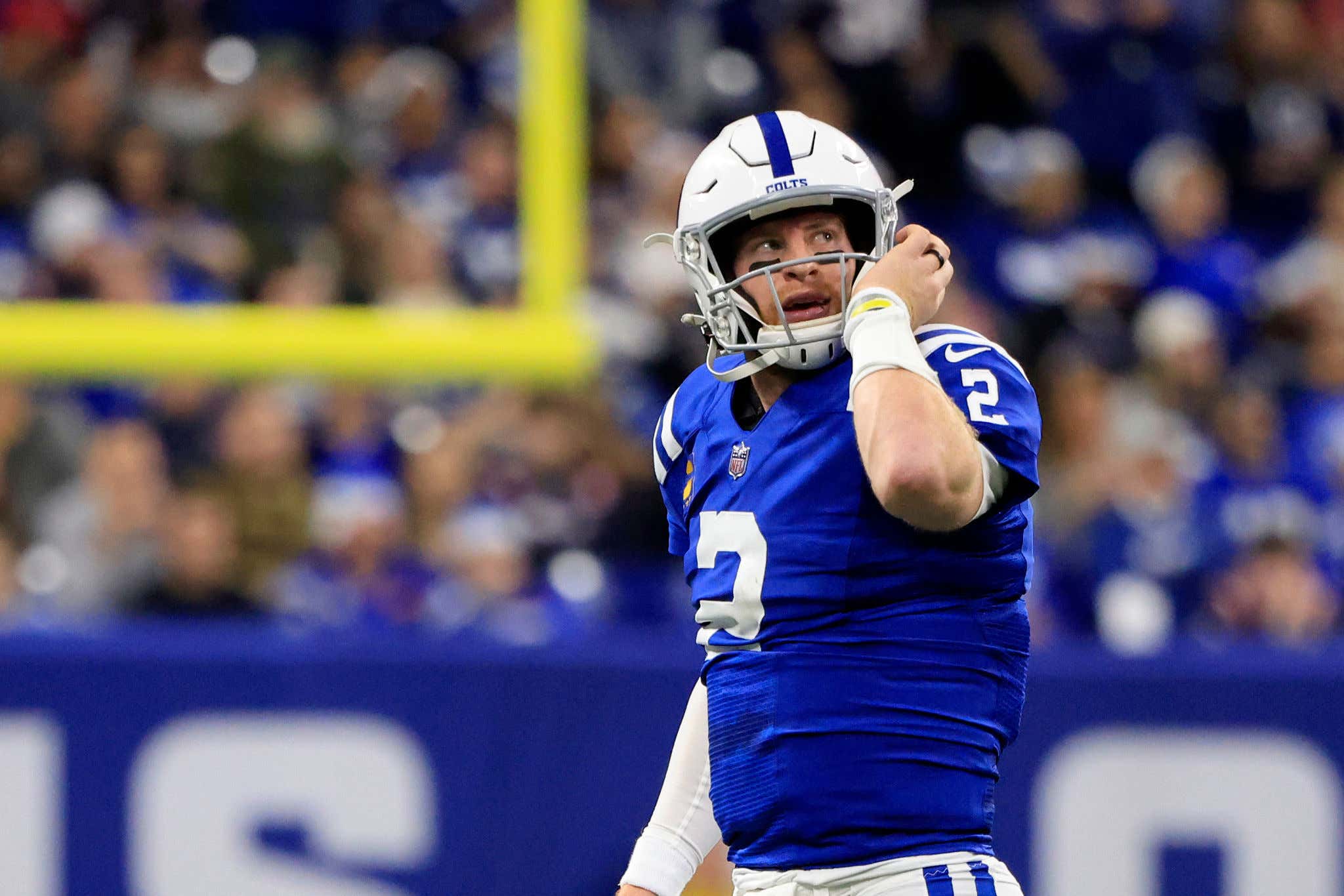 The one thing we've learned about Carson Wentz during in time in Philly is that he doesn't exactly handle not being "the guy" well. The moment he feels like his role on the team is in jeopardy, he shuts down. Stops talking to coaches, alienates himself to a small group of guys in the locker room, just makes the whole situation a thousand times harder on himself than he needs to. I guess you never really learn how to deal with adversity when you're growing up being the greatest football player that North Dakota has ever seen.

But the point remains that Carson Wentz and quarterback competition go together like toothpaste and orange juice. So when Chris Ballard had this to say about Carson today..

"I'm not going to make a comment on who is going to be here next year and who is not". 20 words. 1 sentence. That's exactly how long it took to start the end of Carson Wentz's time in Indianapolis. That's the beginning of the end right there. That's a ticking time bomb, and I'd imagine Chris Ballard already has his mind set up on whether or not he wants to diffuse the bomb or just throw it away. The only thing is you kinda sorta lose any leverage you'd have in the first place if 4 days after the season ends you come out and explicitly say "yeah we fucked up and there's no way we're bringing this dude back".

It's a shame. I still like to believe there's an alternate universe that exists where Carson Wentz didn't tear his ACL and went on to be named the league MVP while leading the Philadelphia Eagles to their first Super Bowl win in franchise history. But unless we Dr. Strange this bitch up a little bit, we'll never get to see that universe. Instead, he's been banished to a life of constant QB controversy. It always hurts to say but thank you, Howie Roseman.