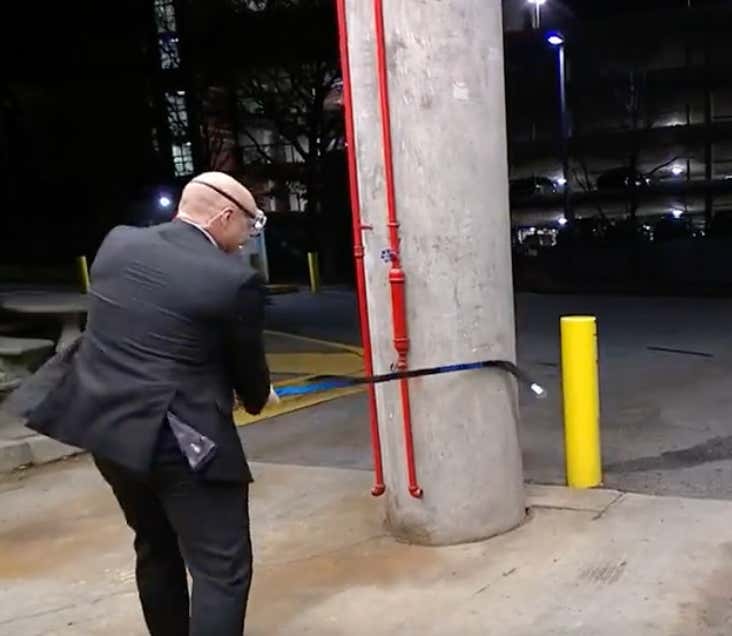 What do YOU do when you watch someone unable to break a stick against concrete? Well…

LOLLLL. I love Biz so much. "Oh it didn't break against 3 tons of reinforced concrete, well how about we try my leg while looking like a deleted scene from Borat?" 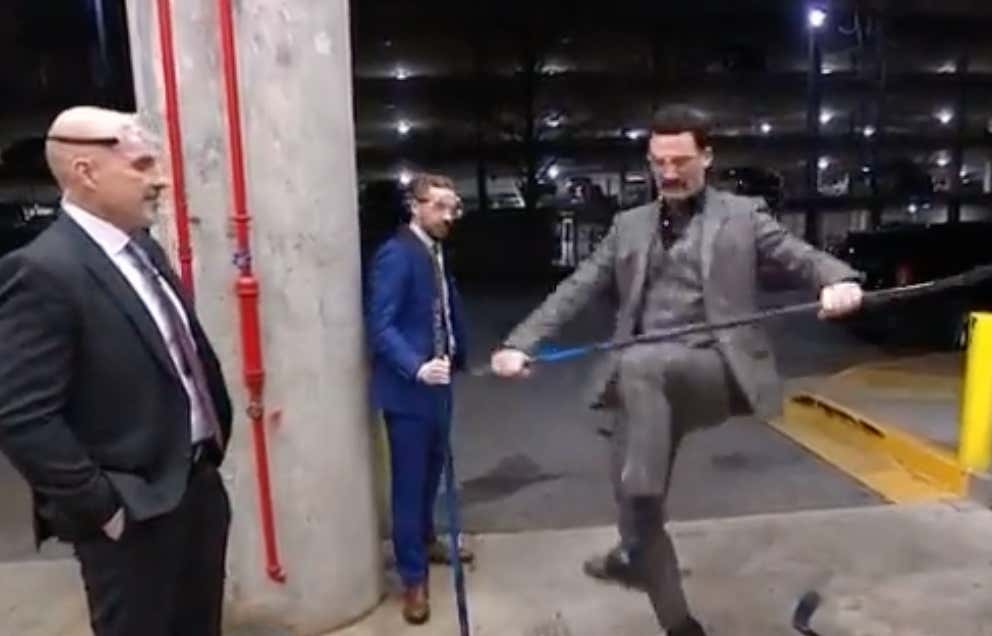 Hope young Paul and his leg are feeling ok today. Would have been awesome if he snapped that twig Bo Jackson style, unfortunately they make sticks out of what they use to build spaceships. Some of those sticks seem to have enough flex you can bend it 360 degrees and it still won't snap.

Credit where credit is due though, he went for the home run. The lights were on and he wasn't going to try to bunt for a single, it was grand slam or bust. Sometimes you bust.