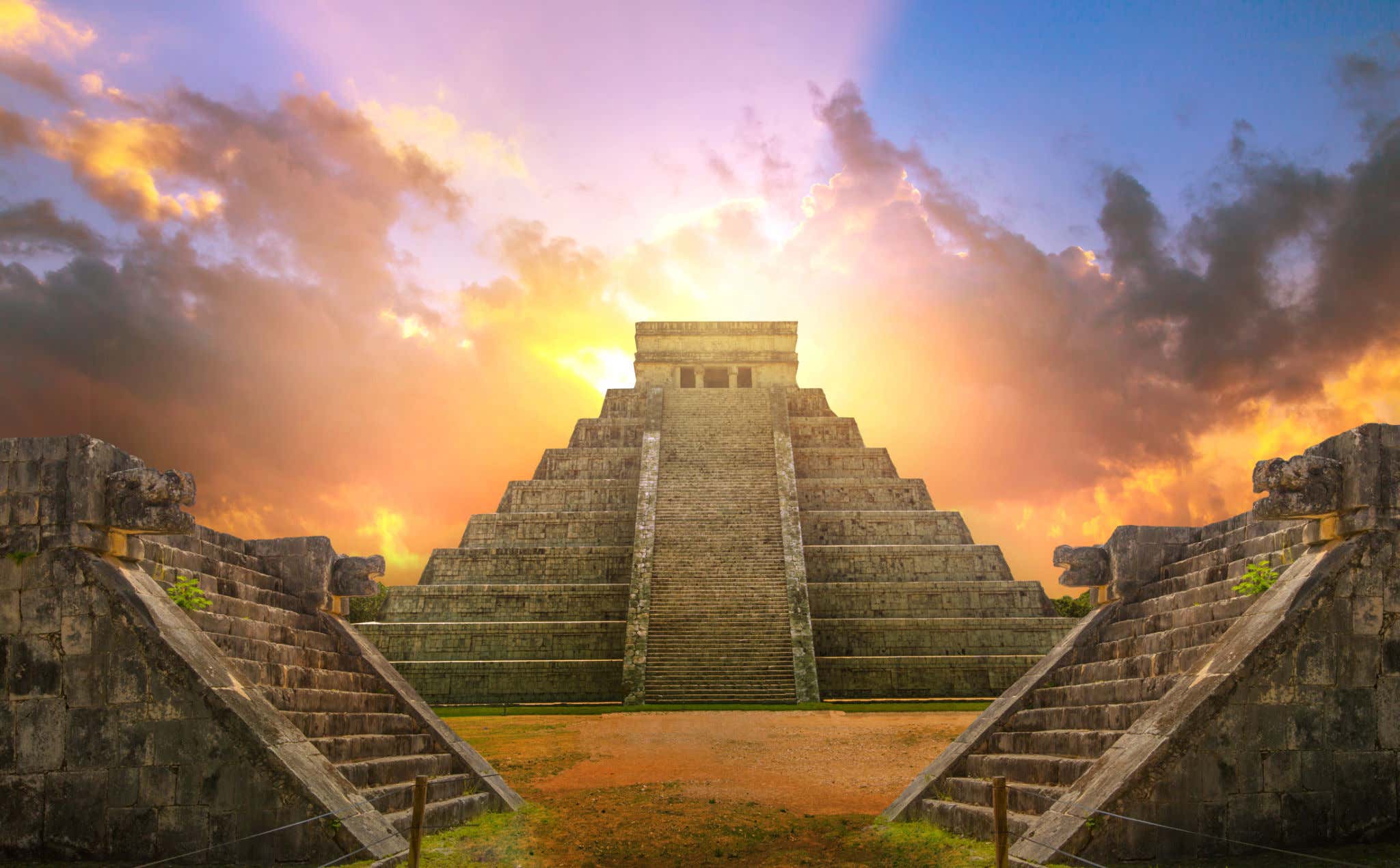 For hundreds of years the Mayans were a powerhouse culture. Aside from their architectural and scientific accomplishments, they also thrived as a society.

By around 900 CE, the Mayan cities were mostly deserted. Some people remained, but without enough people to take care of them the great Maya cities fell into ruin. That's why the Maya are called "the mysterious Maya" - nobody knows why they migrated, or why they left some people behind in the cities.

Perhaps the most well-known city, and thus the greatest mystery to the Mayan culture, is the ancient city of Chichen Itza.

So what the hell happened to them?