Let's take a look at the timeline of events:

Okay so here's the deal: YES, 1-Chicago can deny a challenge for The Crown. This was never said specifically in the rules at the beginning of the season, but I also never said you couldn't deny a challenge. I have been told I noted the ability to deny a challenge and how I would eventually force teams to accept challenges, but I can't find the tweets (if you find them, send 'em over). For me, it has always been assumed that The Crown holder doesn't have to accept a challenge. If someone tries to come at the King, the King can just have his cavalry get rid of the challenger. Did I just make that reference up? I guess? I don't know what I am talking about. I actually wish, for the sake of making my life easier, 1-Chicago would accept their challenge, but maybe Brandon's endless shit-talking is coming back to haunt him here.

The point was, they were allowed to make that decision.

Since the beginning of the season, I have kept in the back of my mind the idea that I may have to force some challenges to happen. The closest we got to this was when Kirk went on leave while 1-Team Minihane had The Crown. We weren't sure what to do if a team was sidelined for a while. This didn't matter in the end because Kirk told his team to play without him. I originally said today that teams will have to accept a challenge (anyone in the Top 6 can challenge) every four weeks. But after a Twitter poll and survey, I have changed the rule: TEAMS MUST ACCEPT ONE CHALLENGE EVERY THREE WEEKS OF HOLDING THE CROWN; TEAMS IN THE TOP 6 MUST WAIT THREE WEEKS AFTER LOSING A CROWN CHALLENGE TO CHALLENGE AGAIN.

Essentially, 1-Chicago can deny 5-The Experts all they want, but they do need another team to challenge them before then. 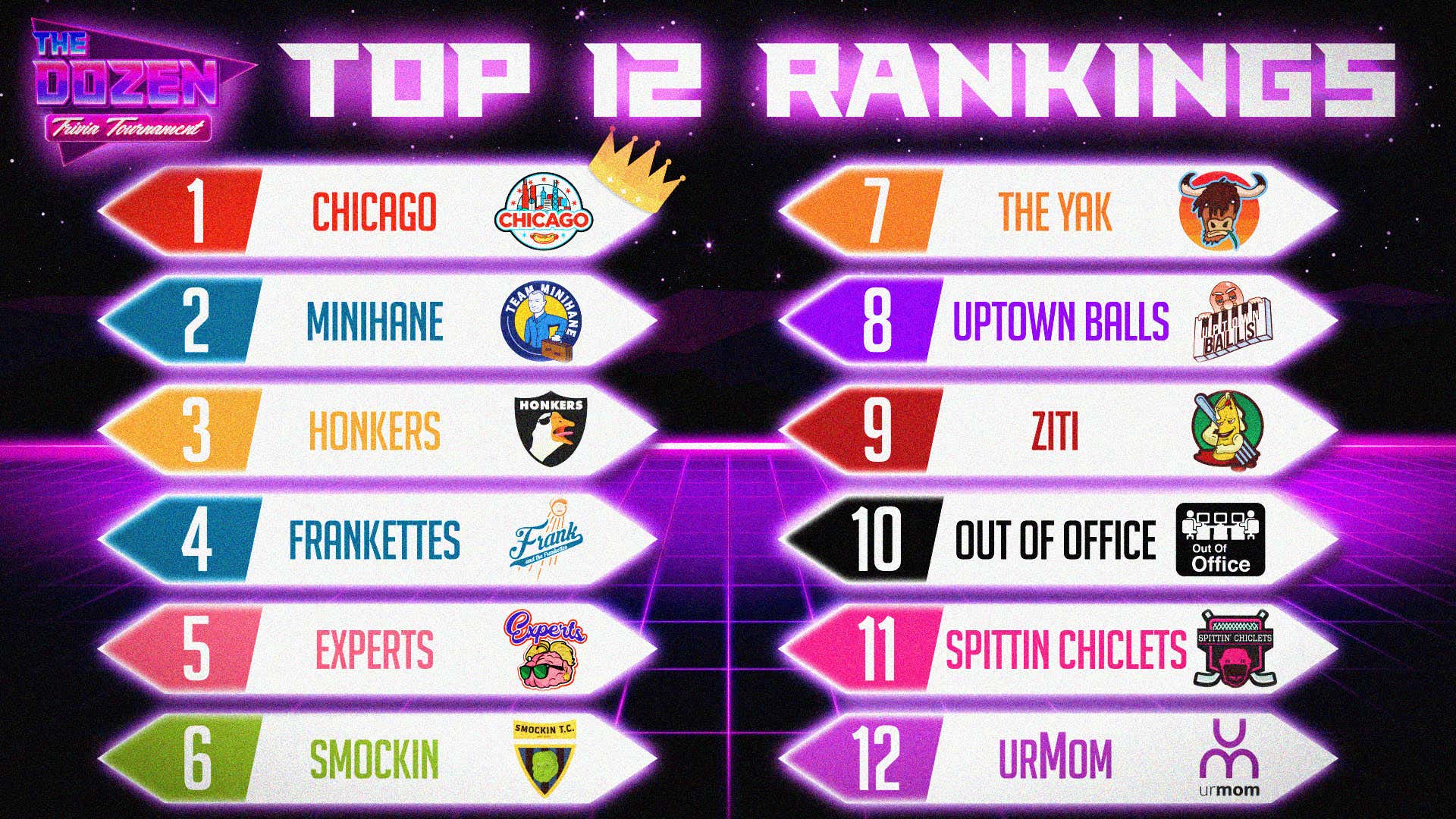 I really am not sure what is going to happen now, honestly, but 1-Chicago will have to make a move at some point. The chances of a challenge from 4-Frank & the Frankettes seems low, as they've shown no interest until after The Dozen: Walk of Fame War Tournament at the Super Bowl in Los Angeles.

Pressure will be on now because if 6-Smockin doesn't challenge them, 1-Chicago is going to have to accept 5-The Experts challenge or vacate The Crown.

MEANWHILE ON THE HOT STOVE!

Where will Kelly Keegs go, I have no idea, but she boasts a pretty strong pop culture arsenal. There is about to be an opening on a Top 10 team, she could sign there, but I also think it makes sense to look at teams like Gen XYZ, the Fellas, or The Misfits. All of them are trying to right the ship at the halfway point of the season, and a change could be in store.

I do know that there have been some intense trade rumors.

ALL-STAR WEEK SET FOR THE FIRST WEEK OF FEBRUARY