What if Big T did not have unreal reflexes?

I would like to refer you to this article by Reddit user Jeff Withing (Thanks Jeff) who tried to break down exactly how fast the can be going. The Nooners account also made similar calculations.

I am here to display unbiased evidence. Facts and numbers do not have opinions. The thing is both of these calculations are wrong.

Both individuals got their lengths and FPS wrong.

In the case of Jeff, who did an awesome job with the information he had, he did not have the right measurement of the desk to the wall or the FPS of the camera.

The distance from the desk to the wall was 7.25ft and the FPS of the camera was 17.43 frames per second. Also, I looked at the original video many of the videos online are videos of a converted file with duplicated frames so the frame rates are off. Each time the blurry can is spotted is a frame so we can say the can travel 7.25 ft in 2 frames, not 4 like Jeff ascertained. 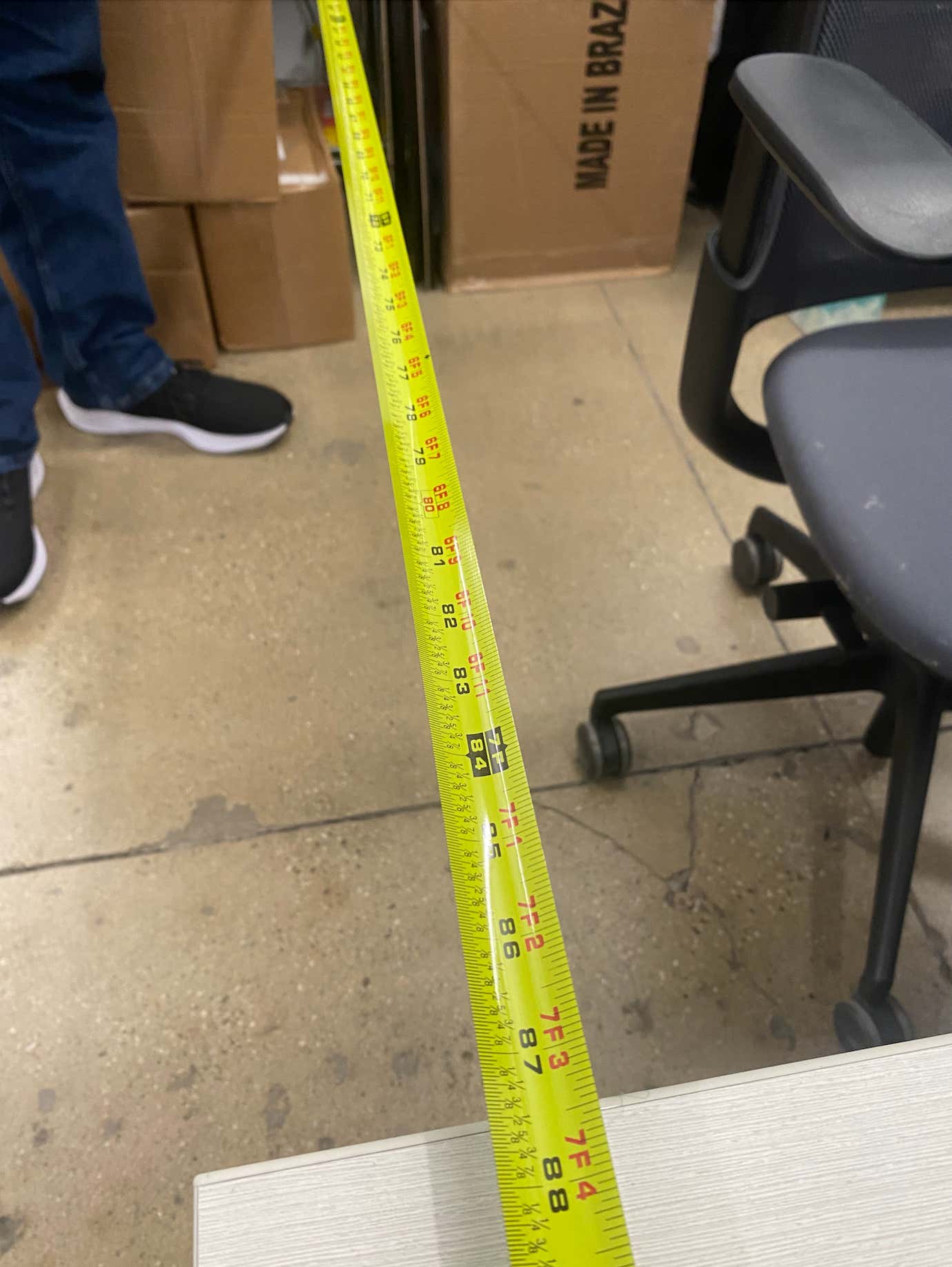 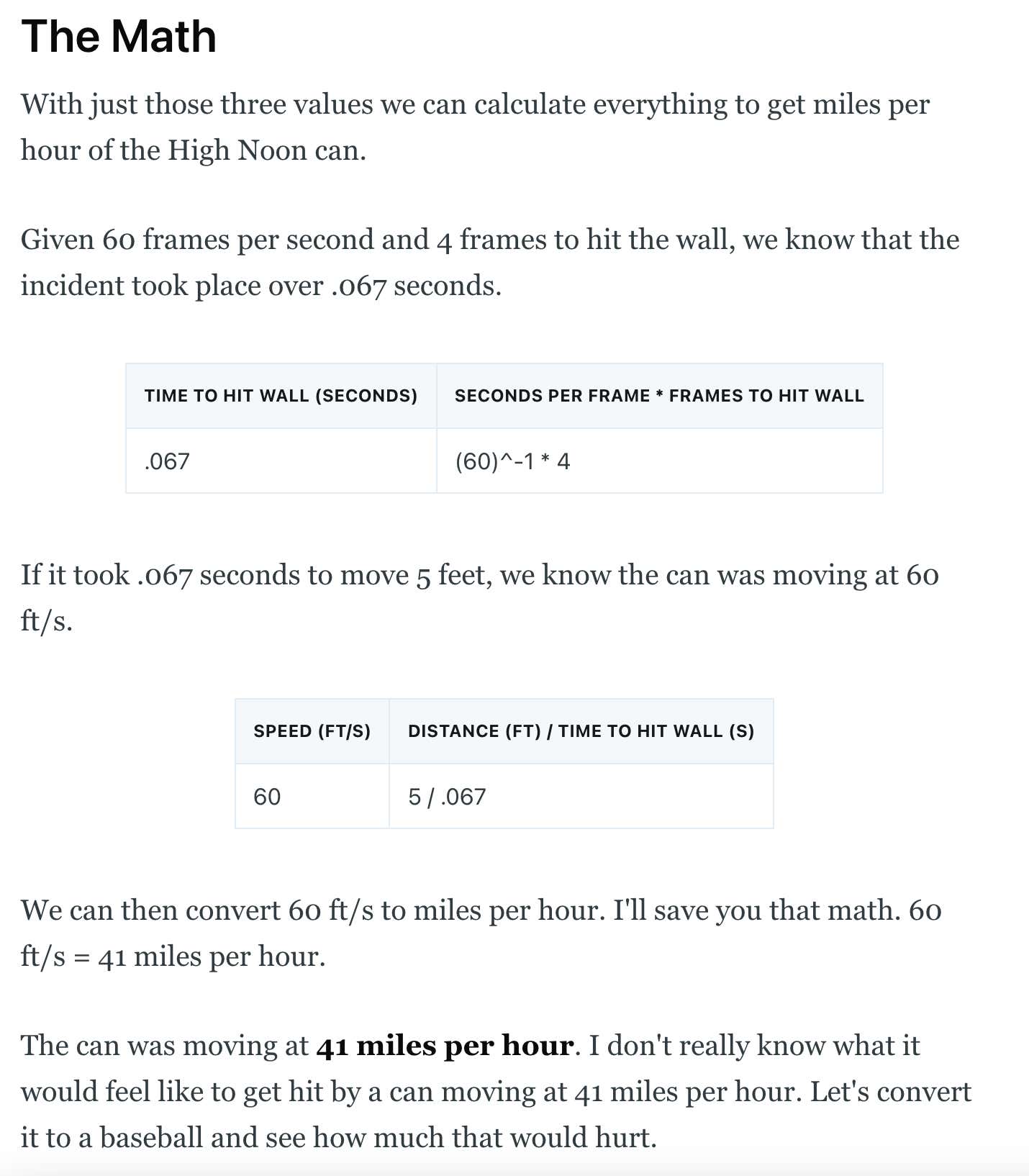 By changing the calculations that Jeff did (Once again thank you, Jeff). Taking into account it was 2 frames and at a different frame rate.

The can was going 43.63 mph. It's hard to believe it was going this fast because remember it just maintained a speed around there for 20 feet.

Now for the conversion into a baseball. Let's say it was going 43.63 mph 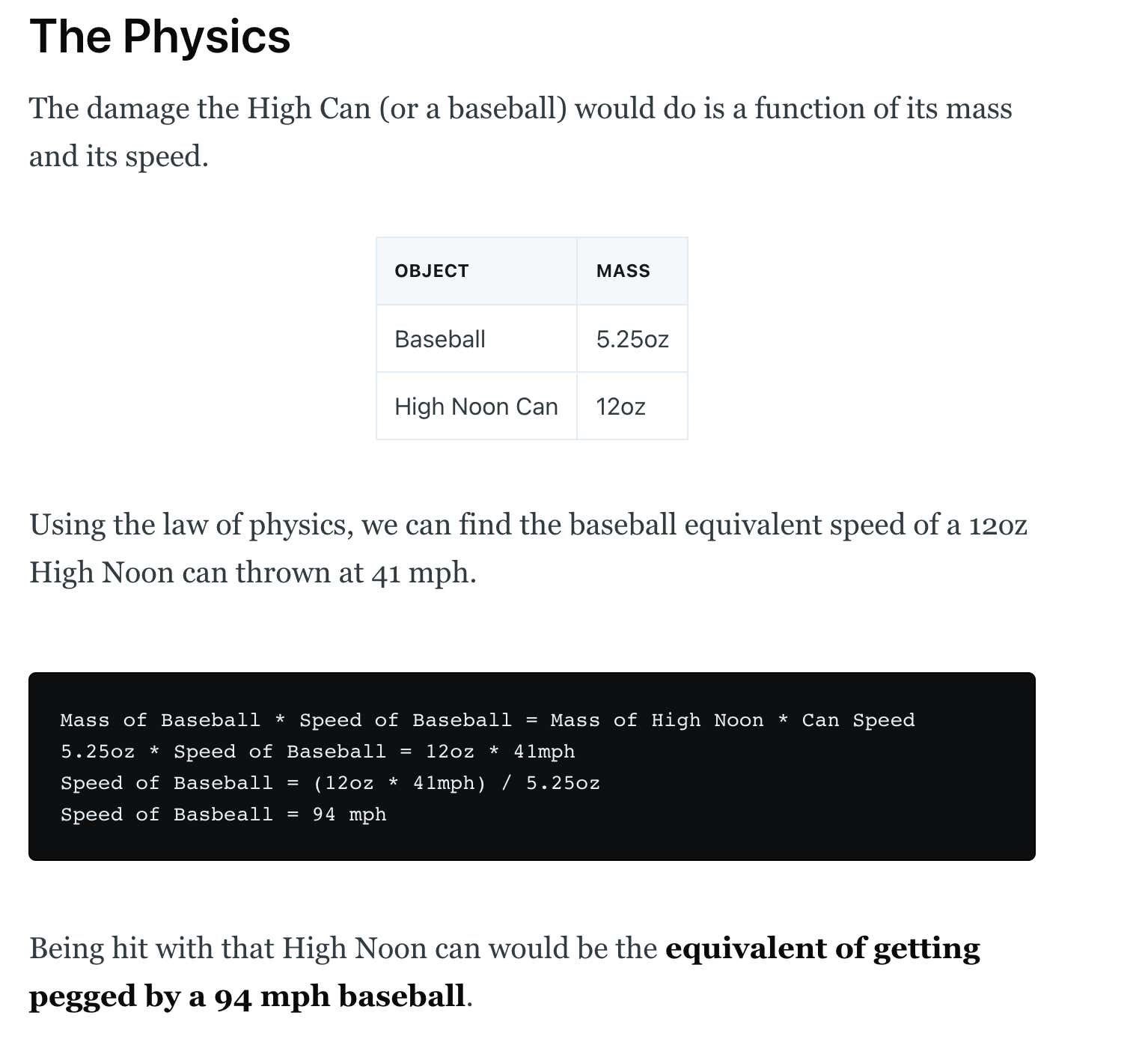 Now, this isn't exactly the correct way to measure stuff hitting things. We would have to actually distinguish the kinetic energy which is how they judge things like car crashes. 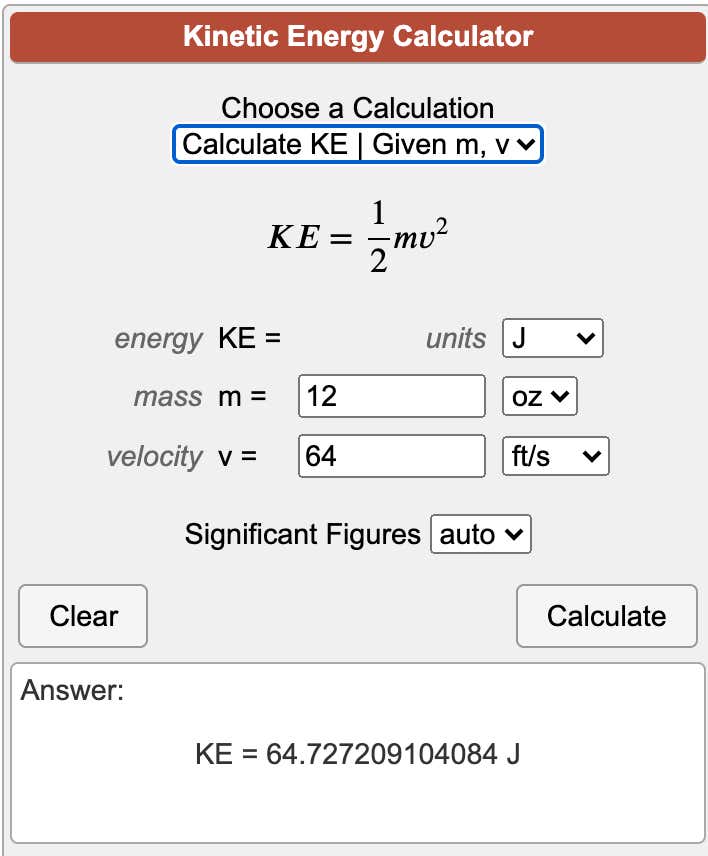 So a baseball with an equivalent of 64 jules would be: 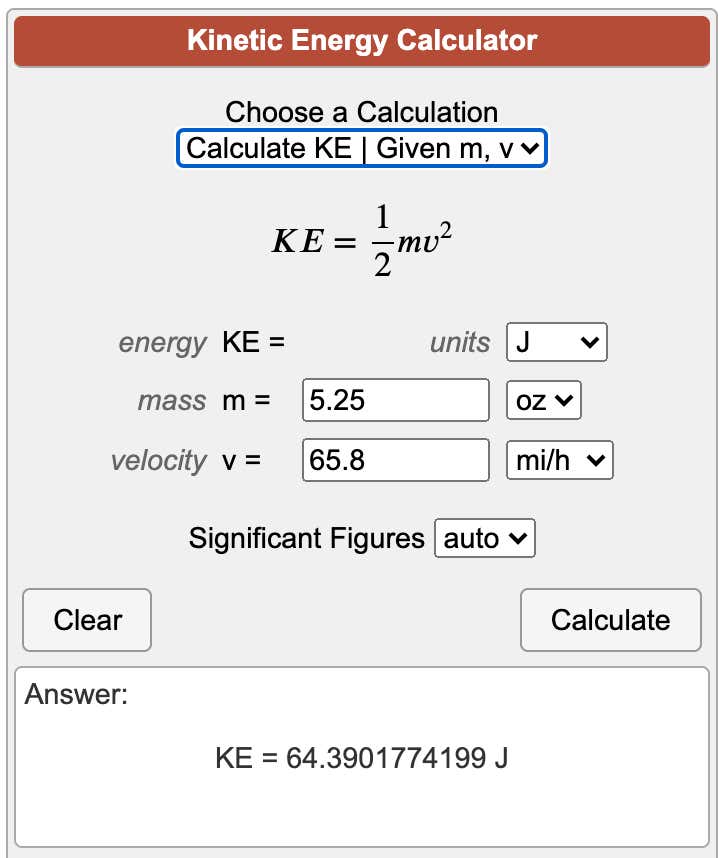 So a 66 mph fastball may not seem that fast but you have to take into account the shape of a cylindrical metal 12 oz can. An edge can definitely cause serious damage.

Now in the case of the High Noon calculation.

Again they calculated 6 frames from a converted video, not the original I figured it was really around 5. Using the original 17.43 frames per second, and the actual distance of 16.5 feet which is the distance they thought was 14 ft. It is as shown

Wouldn't be like getting hit in the head by Sidd Finch but still could cause damage.

In reference to An average paintball is shot at 300 fps with a weight of 3 grams or .1 ounces. In Jules 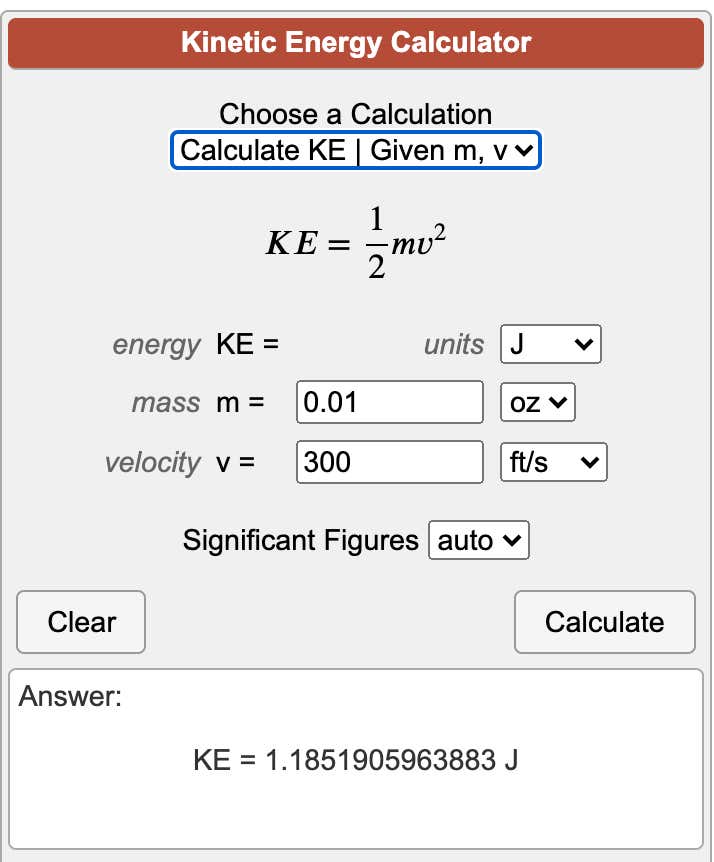 With the cylindrical nature of a High Noon can, if you are not able to conceptualize how the force equates to a 66 mph fastball, think of what an ice pick would do to a human head. Also, look at how many Jules it take to fracture a human skull.

The Fracture threshold of a human skull is 14.1-68.5 Jules of force, right around the 64 Jules the nooner generated. 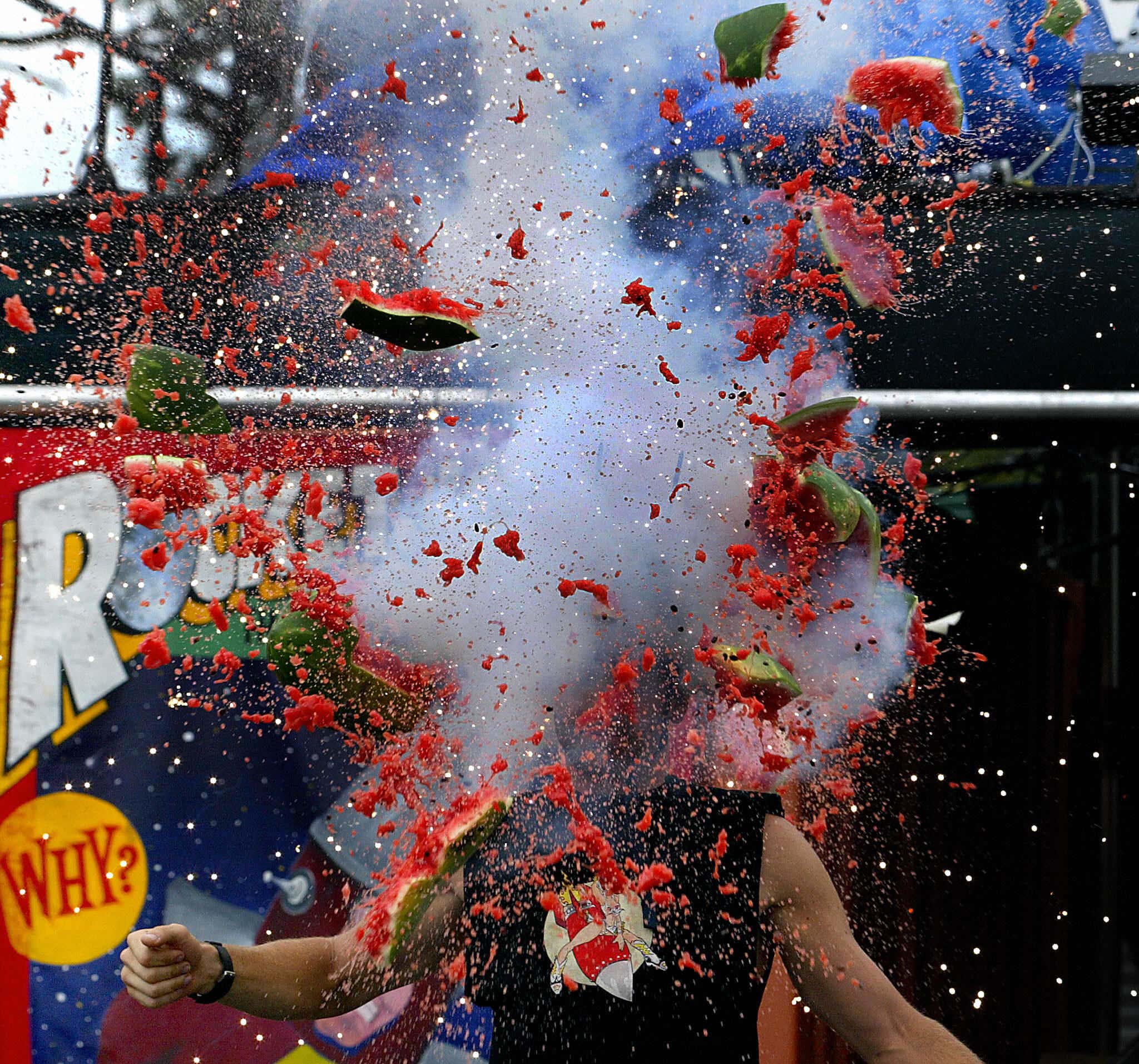 We are fortunate there was bad accuracy because that throw was only from 20 feet away standing up. It's a miracle whoever threw it was incapable enough to miss.