In case you are living under a rock and missed it, yesterday Rico Bosco was suspended from Barstool for a month after getting in a minor disagreement that turned slightly physical with Commie T after he was antagonized time and time again by CT (CommieT). When the dust settled, no one was hurt, Rico Bosco was the bigger man and apologized to Big T and was still suspended without pay for an entire month on top of having to go to mandatory anger management classes. At Barstool there is no court of appeals so in this blog I am going to break down why I believe the suspension is unfair and way to harsh (the anger management classes I completely agree with).

Over the years there have been MANY workplace disagreements at Barstool. Some have been so serious they get taken to the ring in RNR, some have ended up getting aired out publicly on national radio or the Dave Portnoy Show and some have even come to physical blows. NONE of those situations have ended up in a suspension as serious as the one that was dolled out yesterday. Brandon Walker shoving Devlin?

No suspension, just a warning + the clip is celebrated and even got blown up as a picture and hung up in the hallway of Barstool. An interesting message to say the least if that’s the type of behavior you Don’t want in your office. When AEIC Nate Dawg truck sticked YP into the center of the earth during Stool Scenes? Celebrated, laughed about, no suspension given. 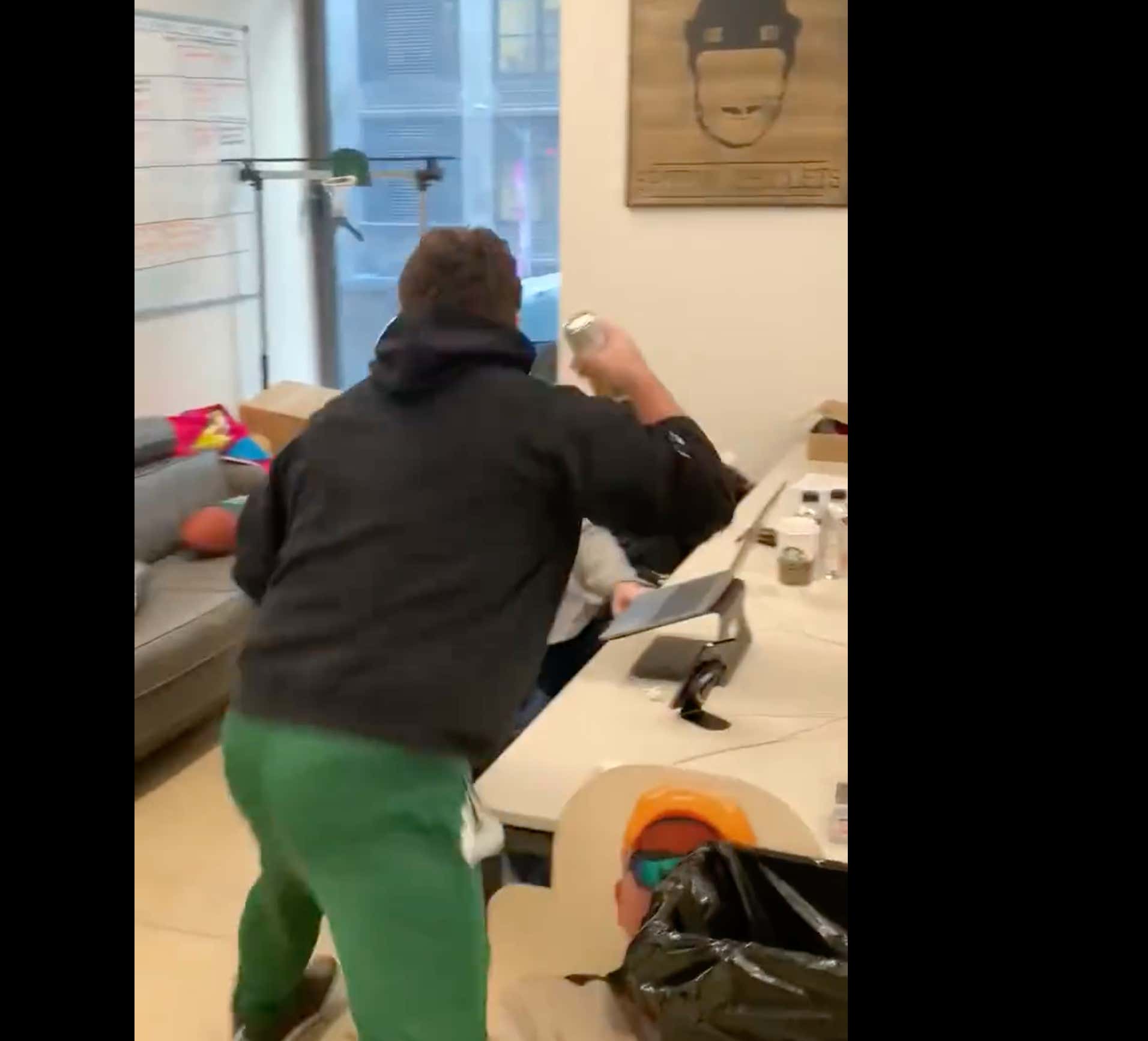 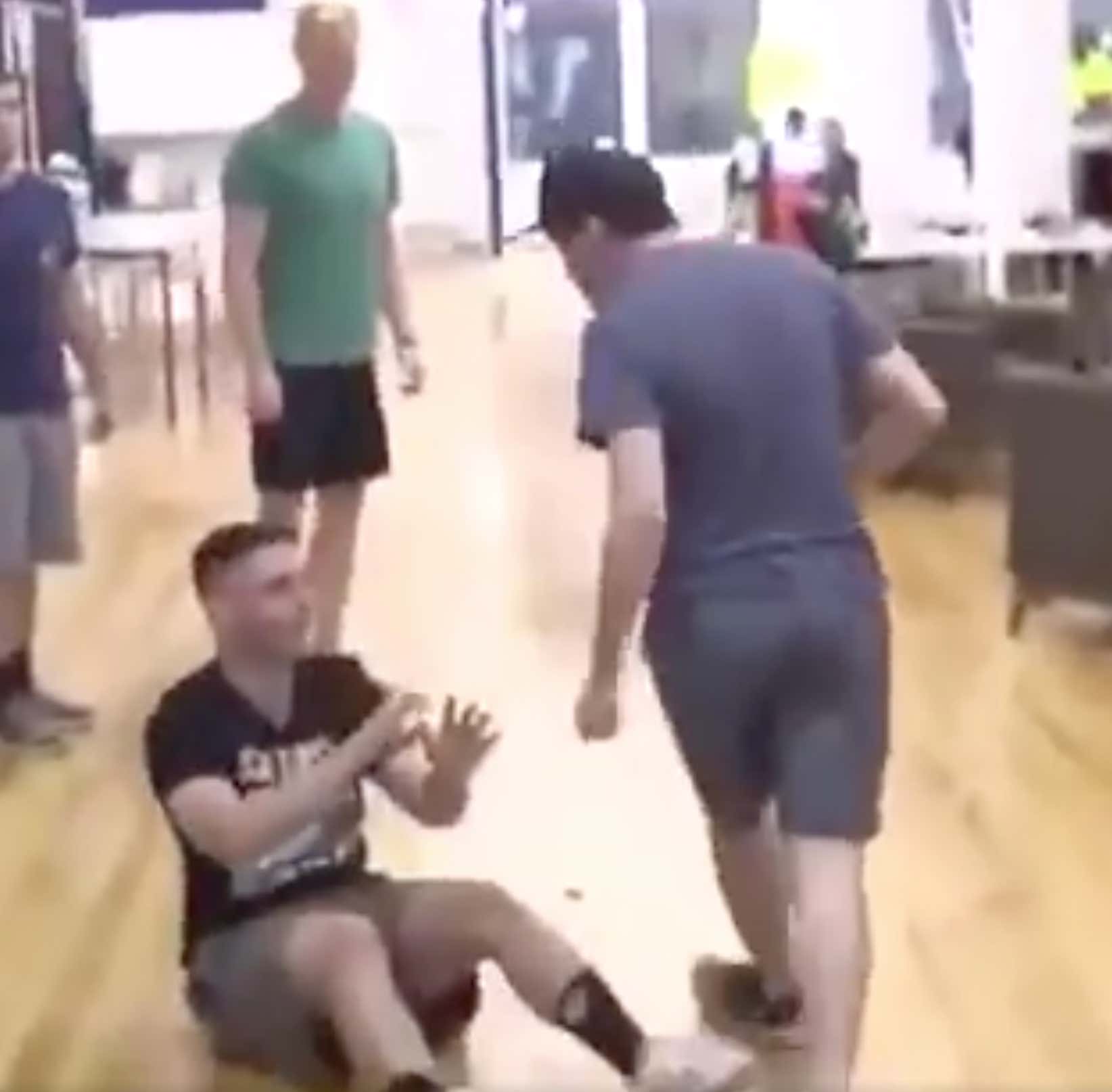 These 2 photos look awfully similar, the only difference is that one employee physically pushed another employee in one, in Ricos case he was merely intimidating him, not a punch was thrown nor did he try to cave in Commie Ts chest beforehand like Nate did. How about when Smitty was nearly SHOT IN THE HEAD WITH A PAINTBALL GUN. Yes you read that correctly, something capable of killing another human being was shot inches from Smittys head in the old office and when he went on radio to bring up his fear and horror with the situation he was laughed at and ridiculed, not even a thought about suspending the person who pulled the trigger.

This is probably the most legitimate and real point in the whole appeal. Everyone has been acting like CommieT is some type of victim that got attacked out of the clouds by a wild dog named Rico Bosco when that couldn’t be farther from the truth. There are SEVERAL Barstool employees that ask not to go by government names and several other Barstool employees that have asked that aspects of their personal lives not get talked about in content. All those wishes are respected and when someone slips up they get called out for it and it doesn’t happen again. CT works on a podcast with PFT Commenter yet for some reason doesn’t call him by his government name, I wonder why? I wonder if everyone would laugh and encourage it happening if he did, or if they would say “Hey CT, PFT has asked everyone not to call him by his government name so as a coworker you should respect that because we are a family here and if we don’t respect each others personal wishes this entire company is going to fall apart at the seams”. Dave admitted on DPS that he “probably was somewhat responsible” and that “he knew Rico was crazy but didn’t know it was to that extent” to which I say OBJECTION YOUR HONOR.

This exact incident happened less than 2 months ago at the gambling cave right in front of Daves face. CT broke blogger honor and called Rico by his government name, Rico got upset, threw microphone in general area of Big T as a warning shot and said out loud “call me that again I will throw this microphone right through your face”. Again, just like yesterday, no physical contact was made, something was thrown but no contact was made and Dave sat there and laughed his ass off.

He thought the clip was so funny he should post it on all of his social media accounts, the clip was celebrated and talked about, from the naked eye it seemed like Dave thought this whole spectacle was “good content”. I find it very hard to believe that if Dave, as the boss and chief of content of the entire company, had said something to Big T along the lines of “hey CT you shouldn’t call Rico by his government name because it clearly sets him off a dangerous path and I don’t want anyone to get hurt” that CT wouldn’t have obliged and not called Rico that again. INSTEAD Dave encouraged that behavior, it’s literally the only interaction he has had with CT this entire year, CT probably realized that if he wants to be on good terms with the boss he should keep pulling stunts like this to keep the boss happy and keep his paychecks coming in. I ask the good people of the jury, If Rico getting suspended for a month is fair punishment for his actions, does CT not deserve any repercussions for his? Does David Portnoy not deserve any repercussions for enabling and encouraging this blatant disrespect? There is a reason that no matter how much Dave, Dan and everyone else bust Ricos balls they don’t bring up the government name, that’s because they know it’s going to set Rico off and that could get potentially dangerous. CT knew what he was doing and did it anyway. Ironically enough it’s very similar to the Harambe case from back in 2016. Rico was a just beautiful Iowland goriller hanging in his cage and CT broke the rules, crawled into his area and Rico gets murdered as a result. Just doesn’t add up to me.

Point 3 - The High Noon Was A Warning Shot

Everyone has been freaking the fuck out about Rico tossing a High Noon can in the general vicinity of CT yesterday as if he shot him in the face with a gun. News flash people, the can didn’t touch Big T and it didn’t even come close. As I presented above this was an exact playout of what happened at the gambling cave a few months ago. Big T calls Rico by gvt name, Rico tosses something towards Big T as a warning not to do it again. The first time Rico did this it was celebrated and laughed about, why would he think this time would be any different? Now obviously if the can had hit Big T in the face it’s a different story but that didn’t happen. We aren’t in a movie theater talking about a make believe story, we are in a court of law talking about what did and did not happen and Rico DID NOT hit Big T with a high noon. Didn’t even come close, the only video evidence presented you can’t even see the can and the angle makes it seem like it was closer to Big T than it was but if any of the jurors know anything about the parallax effect they know that the reason it looks closer than it is was just because of the angle. I saw people online saying that Rico could be arrested for what he did and I laughed my ass off. Imagine that police report? We have security in our office, I wonder why they didn’t come over when the can was thrown? If CT was really “scared for his life” like he claimed, why would he go back to the well and call Rico his GVT name AGAIN? Is that something a victim would do? Or something a criminal would do? After the initial light toss from Rico Big T knew that, even though the can wasn’t close to hitting him, he could flinch as if it was and then use that to frame his enemy Rico Bosco and get him suspended. This was clearly a well thought out and executed plan by CT and the Jury should be asking themselves who else was involved in helping him pull this stunt off. Also if beer is considered a deadly weapon why wasn’t Troops tried for nearly killing Rear Admiral in the gambling cave:

That was glass that was in that bucket which is even worse imo.

The one ruling I agree with the judge on is the anger management. Rico Bosco is bigger than CT and no matter what Is said or done, shouldn’t have let yesterday elevate to the level it did HOWEVER he was provoked and followed the same script he ran a few months ago which was celebrated. Yes he took it too far and I believe the anger management classes will do him a lot of good going forward but 1 month is simply too long when the other party is getting no punishment. What happens when he comes back from Anger Management and CT calls him his govt name again? I say a ruling has to be made on whether or not that is allowed because if it is, 1. that’s bullshit and 2. It sets a dangerous precedent for everyone to talk about everyones personal lives at Barstool even if that person has said they don’t want that out there which is fine but not the healthiest workplace in the world in my opinion. I ask the Jury to consider reducing the suspension to 1 week, apology still has to be made and anger management classes till have to be completed in full. Thank you men and women of the jury and good day.