CNN- McDonald's fans have long been creating menu hacks like using hash browns as a bun. Now the chain is putting some of them on the menu. Beginning January 31 and for a limited time, McDonald's will sell four menu hacks popularized by its biggest fans. It's the first-time ever that McDonald's has sold "hacks" by name, which have become prominent on social media platforms, such as TikTok.

They can be ordered via the new "Menu Hacks" section on the McDonald's app or in-person by saying the name. Self-assembly will be required for each hack because McDonald's will sell the ingredients separately, The chain said that is "half the fun," but it's also easier (and faster) for the restaurant's employees.

Here are the four hacks:

Looks like my theory that fast food companies break out the big guns at the end of January to kill all those New Year's Resolutions focused on losing weight checks out yet again because that is an absolute artery murderer's row of food. I think it's a bunch of malarkey that you can order these items but make them yourselves since half the fun of ordering secret menu items is it being made behind the scenes then handed to you fully prepared. But I always appreciate a good marketing gimmick to kill some diets that hurt your bottom line.

Some quick thoughts on the actual sandwiches:

I appreciate the fuck out of the Hash Brown McMuffin since it's pretty much paying homage to the KFC Double Stack but instead of shedding some bread for some breaded chicken, you are remixing your carbs by going from a McMuffin to a fried potato patty. My fellow #SonsOfUribe brother White Sox Dave is always waxing poetic about the McDonald's Hash Brown, which just may be the most underutilized dish in the fast food game simply because Mickey D's breakfast is slept on since most people looking to go to the Golden Arches can't get their bodies in motion and out of the house before 10:30 AM.

When push comes to shove, a perfectly fried McDonald's hash brown has no peer in the fast food breakfast game and can punch up to some of the heaviest hitters on the lunch/dinner menu. Speaking of the great folks in the great midwest, Carl is also a diehard McMuffin guy, which is a big reason this is (SPOILER ALERT) my favorite new item along with the fact I don't fuck with the beef or the fish at the Golden Arches.

Much like the HBMM is a nod to the Double Stack, this feels like the grown up fast food version of when you started putting chips on your sandwich as a kid. To be clear, I said this is the grown up version because as the great Baltimore philosopher Slim Charles once said...

- Okay, now that we got the first two out of the way, let's call the Land, Air & Sea what it is, which is a fucking RECKLESS combination of foods. McDonald's scientists were so preoccupied with whether or not they could, they didn't stop to think if they should. I'm honestly surprised lumping those three fast food concoctions under the same bun doesn't cause the same reaction as crossing the streams did for the Ghostbusters.

That honestly may be what your stomach looks like once you are done, which will likely result in something like this...

However, there is no denying that these foods are the who's who of the McDonald's menu and all superteams seem wonky when they first form. But this Big 3 doesn't seem to complement each other as much as just Ronald McDonald trying to throw as many older brand names under one multiple buns to move units. Think the late-90s Houston Rockets. 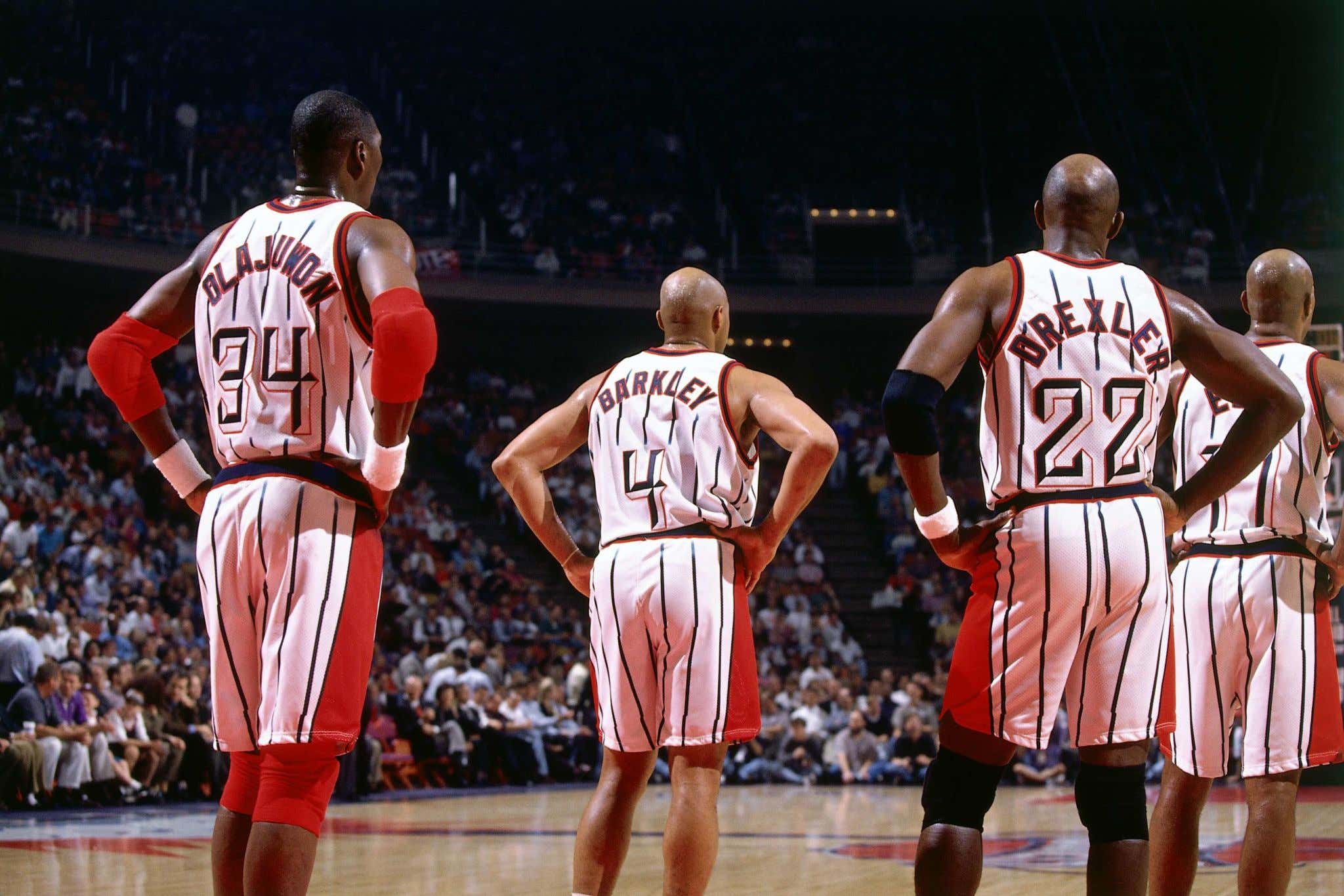 Hakeem is the Big Mac, Barkley is the Filet-O-Fish, and Clyde is the McChicken for what it's worth

4. The Surf and Turf

This is clearly for the people that have eyes for the Land, Air and Sea but don't have the stomach for it. And I'll be honest, anybody that gets the Surf and Turf instead is a certified bitch in my mind even though the only part of the Filet-O-Fish I mess with is this commercial that got burned into my brain every March Madness (that I now realize is because that was peak Lent season).

Lastly, the biggest news in my opinion isn't what McDonald's added to their menu but what they failed to add to their menu. Namely the McGangbang.

Anyway, I'll probably have to eat review these monsters because it's pretty much in my job description. So subscribe to the Barstool Grown Up YouTube page where all my food reviews will be uploaded along with Large's fancy food videos, Chaps' Longtime Toolies, Kate's High Chair momming chronicles, Jordie's Meat Sweats, and of course Podfathers episodes (lotssss of culinary talk off the top about Kool-Aid, Yoo Hoo, Sunny D, etc. before we dive into normal parenting stuff like women trying to buy kids for $500,000 at Wal Mart and if a mom should buy her teenage son a Fleshlight).