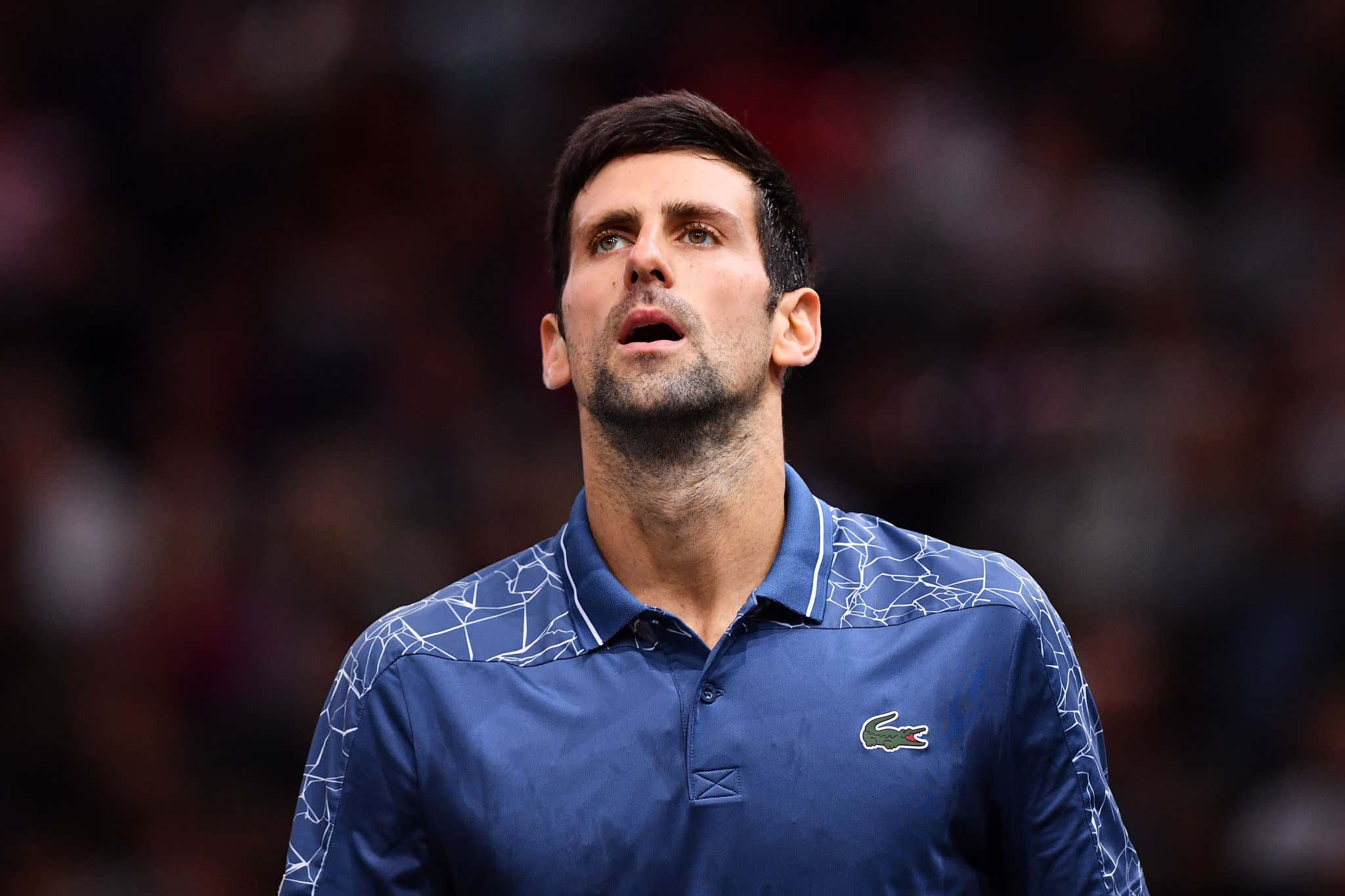 The next edition of the seemingly never-ending Novak Djokovic vs. Australia saga has arrived. Just as the clock struck 2am on the east coast of Friday morning the Australian immigration minster Alex Hawke finally came to the decision to cancel Novak Djokovic's visa once more. More like Goback Djokovic, am I right?

No seriously it's fucking insanity how long this decision has taken to come to surface since Novak's win in court earlier in the week. We knew this second decision was coming one way or the other, but did it really need to be dragged out like this? Just yesterday as the Australian Open draw was about to be announced around 11PM EST, the tournament decided to postpone the announcement until the prime minister was finished with his press conference. The entire world assumed a decision on Novak was coming only to sit through 30 minutes of updated Australian covid policy and nothing else. I wanted to blow my brains out realizing nothing was coming from that. Well, today we finally got a decision – Djokovic's visa has been cancelled for a second time.

Despite winning in court earlier this week and being set free to go practice in Melbourne, the country's immigration minister has decided to use his powers and cancel Novak's visa. As it stands now we can go three directions. 1) Novak can accept this and go home (not likely) 2) he can appeal and win, but it's unsure whether he'd get that ruling back in time to play 3). he can appeal and lose. There is also a looming possibility that he can be banned up to three years from the country because of this. That's yet to be confirmed or brought up, but it is most definitely on the table.

The next part of this blog will be explaining what has come out recently since Djokovic has won his appeal. If you don't care about any of his fuck ups and the reasons for his deportation simply skip the rest and just comment how much you hate me. Cheers

Something that recently came to light was what happened in the weeks leading up to Djokovic's journey to Australia. On his immigration documents the Serbian checked that he had not traveled anywhere in the last 14 days. It was quickly proven without a doubt that he 100% celebrated Christmas in Serbia and then traveled to Spain.

There was also confusion around when he tested positive, if he did it all. There are many people out there who have questioned the legitimacy of his PCR test considering how convenient the timing was when he needed to submit documents for his medical exemption. He said he tested positive on December 16th, but was seen taking pictures with children at an event on the same day. He also gave an in person interview and photoshoot the next day.

Djokovic attempted to clear up these questions by having his lawyers type out a well thought out explanation on Instagram.

So he completely admitted to fucking up the travel docs and blamed his team. Sure it could be an honest mistake but people get deported for that stuff all the time. He also states he didn't know about the positive test until after the event with children, but did know while doing an interview/photoshoot with a French newspaper L’Equipe. The best part is according to everyone involved with the newspaper Djokovic failed to inform them he had just tested positive for covid. Lovely. If he doesn't want to get the vaccine that is his personal choice and I'm not using this blog to berate him for that. But not telling all those people he had tested positive? That's just scumbag behavior no matter what side you're on here.

At the end of the day on top of his fuck ups, it's pretty unclear whether he has a legitimate exemption into the country as it stands. He absolutely maintians the personal decision to get the vaccine, but you have to follow the rules of the country you are traveling to. 97% of the ATP top 100 have gotten the vaccine and are playing in the tournament. If they have to get it to play then so do you. Feels pretty unfair that they abided by the the guidelines while you tried to find every loop hole possible. On the flip side I don't think it's possible to handle this as bad as Australia has. The confusion and miscommunication between their government and the tournament has been a joke. Telling Novak he was good to come through to Australia, but stopping him at the gate was so bad. Interrogating him in the airport for 10 hours was asinine. Putting him in that covid/refugee hotel for days was such a BAD look. Dragging this decision out for as long as they did was embarrassing. I don't know where this goes from here, but this has been a giant L for everyone as far as I'm concerned.

I expect Novak's lawyers to strike next with an appeal, but who knows. Honestly, just get me to Sunday night and start the fucking tournament.

P.S. I'm not up to speed on things that start wars but it wouldn't shock me if we get a Serbia vs. Australia war out of this