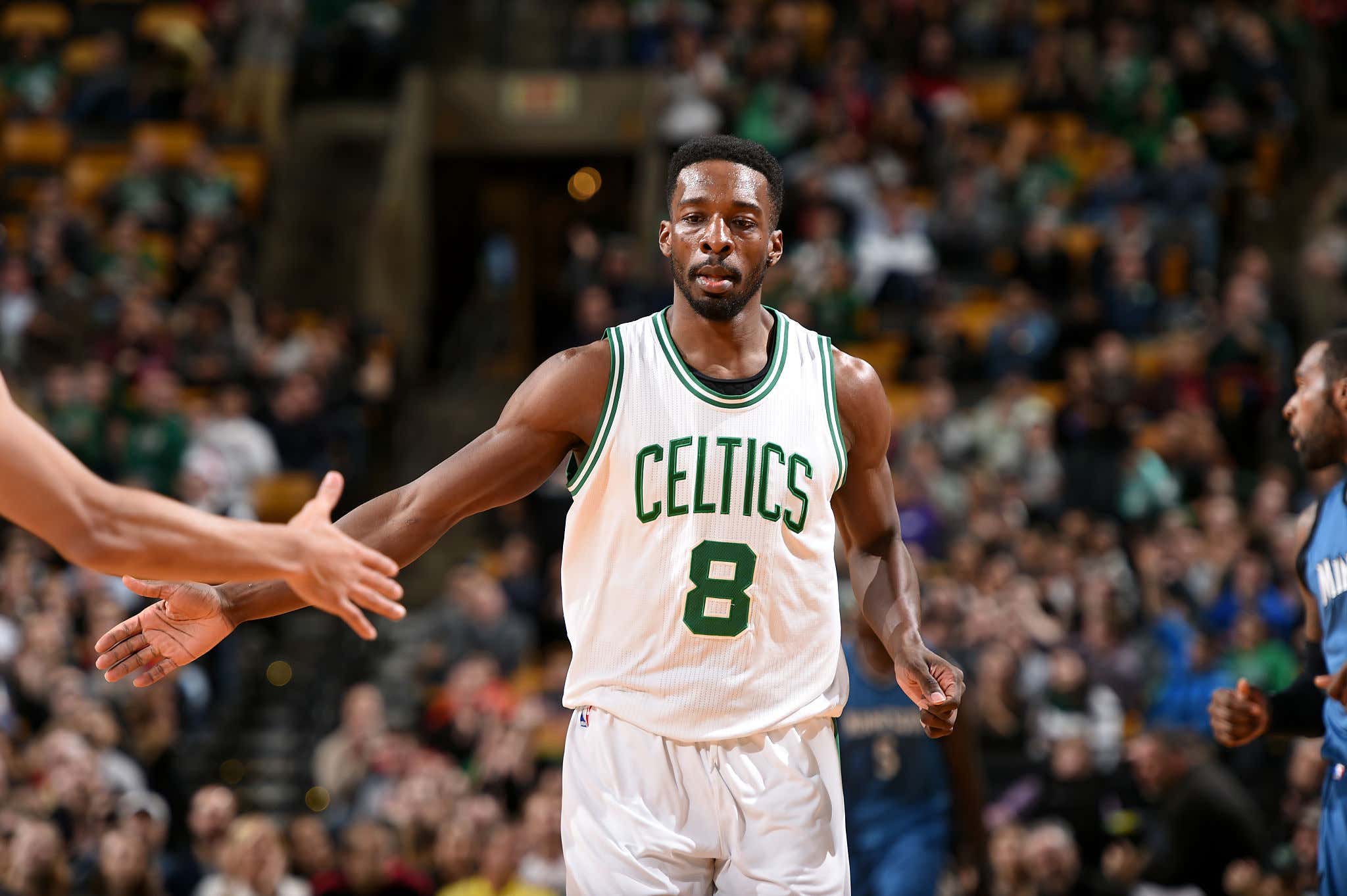 As we inch closer and closer to the trade deadline, new rumors and "reports" should be expected. When it comes to the Celts, I feel like you can pretty much ignore all the noise around Jaylen Brown and Jayson Tatum. That stuff is just for clicks and engagement. But as we know, they are open for business for pretty much everyone on the roster. The team just told that to Shams. So it's logical to think there could be some smaller moves on the horizon. That brings me to the latest buzz via HoopsHype

OK, on the surface, I get it. The Celts could use some stretch 4 bodies who theoretically could hit threes on occasion. The Nuggets desperately need point guard help, so maybe there's something there. Is Jeff Green the answer to that problem? Meh. While he is still doing stuff like this

I've seen this movie before. I am certain that because Jeff Green has found a way to literally ruin my life in every playoff series he's seemingly played against Boston since his time as a Celtic, he would 10000% do the exact opposite of what we would hope he would bring. That's just how it works. And while he is the owner of one of the best shots during those Celtics rebuild years, unless the price is basically free, I'd be OK if Brad continued to look elsewhere. Which brings me to the next name you see in that blurb. Jalen Smith. Now, this is a name I've been watching for a while, ever since he first filled in for Ayton once he went into protocol

His situation is a little bizarre. For some reason, the Suns turned down that Year 3 rookie team option, which almost never happens. I get declining the Year 4, but that felt early. Well, he's made quite the case for himself while filling in for Ayton, putting up 14/10 on 55% from the floor and 38.5% from three in his limited 6 game sample. Not terrible! Plus he's young as shit and comes at a very low salary. The thing is, all you can offer him next year is $4.7M, whether that be whoever trades for him, or the Suns themselves. He's going to hit the market as an UFA and my guess is someone will be offering more than that, so there is risk you lose him for nothing. But if you're the Suns, wouldn't you rather get at least something in return for a player you are most likely losing? I'll gladly throw them a 2nd round pick or something. The fuck do I care about a 2nd round pick even if he ends up leaving Boston after this season. He has a skill set that they need. It prevents you from having to play Enes unless shit gets crazy. He rebounds, he protects the rim, he can knock down threes on occasion, he'd be worth exploring and apparently, Brad agrees.

Do I think it happens? Probably not. Maybe the Suns are comfortable just riding it out and having extra insurance behind Ayton/McGee. I guess it depends on their asking price. It's not as if the Suns have a ton of leverage, so it's hard to gauge what they could want. It's not as if their roster as any glaring hole that needs to be plugged. Maybe that's why they could potentially be open to picks. While it's a risk, I get why the Celts apparently at least called about it. There's also the possibility that his money could be used in a larger deal as well at the deadline. Everything is on the table as far as I'm concerned.

In looking around the league, we also have reports of a potential Clippers tear down

There are some interesting names there like Mook ($15M) and Kennard ($12M) that I could see Brad calling about. That Kennard deal is interesting since he has this season at 12M, next year at 13M, and the year after at 14M with a team option in 2024. Defensively he's a bit of a mess, but there's no denying his ability to shoot the basketball. He's had 44% this season on 6.3 3PA and is a career 41.9% shooter. He's never had a season below 39.4%. That money isn't all that outrageous and it's not as if he would be a flight risk. That does check a lot of boxes if the Clippers truly are making everyone outside of Kawhi/George for sale.

If I had to bet, my guess is of all these names if the Celts were to do something, they probably bring in Jeff Green. Remember, he played under Brad. I say this as a way to make sure you already start preparing for his 2-10 (0-5) performance in a big playoff game. You probably won't get Game 7 on CLE Jeff Green or even 2021 on BKN Jeff Green, that's all I'm trying to say.