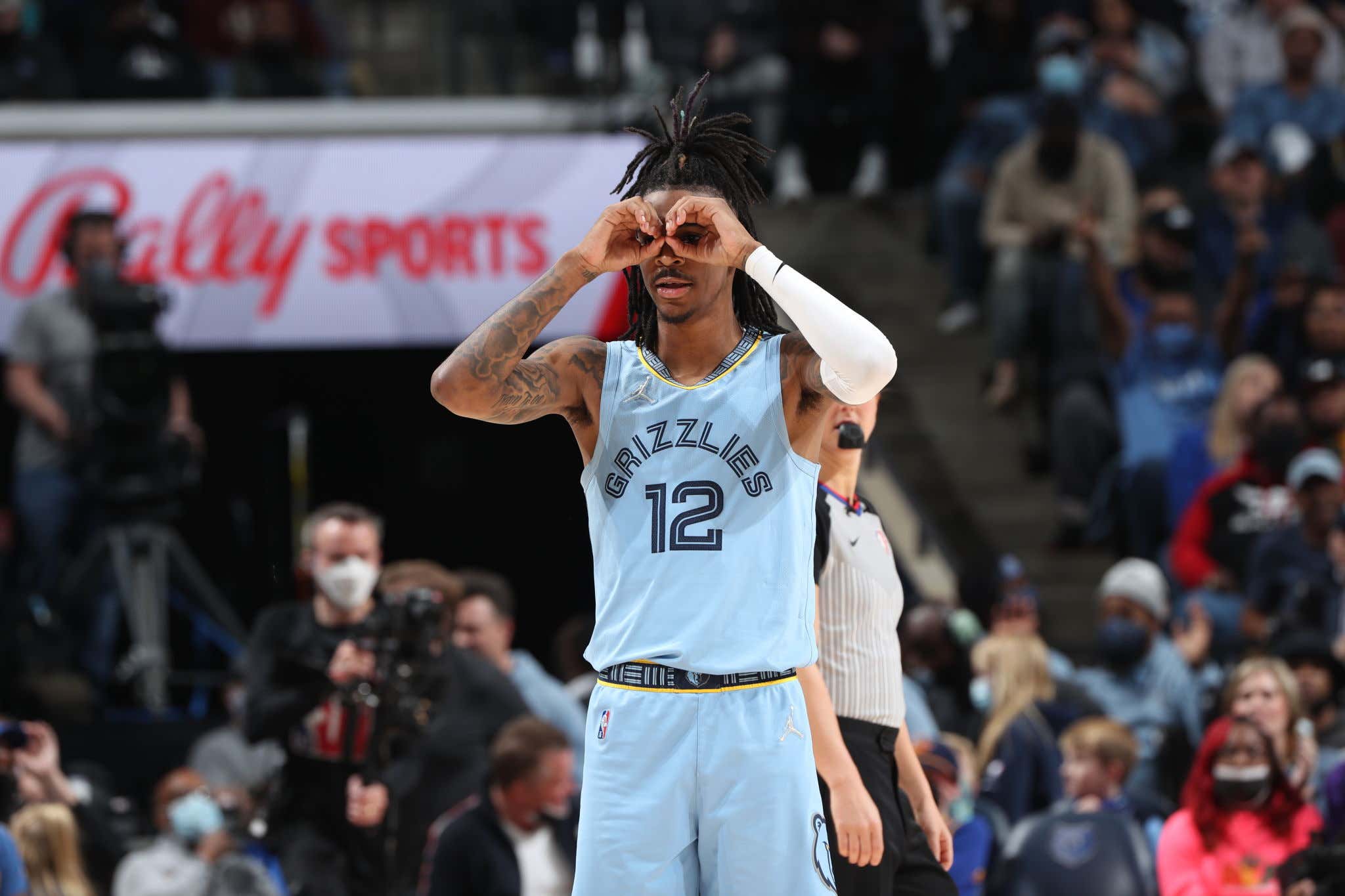 The Memphis Grizzlies are rolling. 10 straight wins, this time over the Golden State Warriors at home. I know I've blogged a lot about them but you know what? If any big market team was doing what the Grizzlies are currently doing, it would be shoved down our throats. Can you imagine what ESPN would be like if LeBron led the Lakers on a 10 game winning streak? It would be the only thing on TV for weeks. The Grizzlies play some of the best basketball in the league and they are destroying EVERYTHING in their path. They've beaten the Suns, Nets, Cavs, and Warriors just to name a few during this streak. It's hard to get more legit than that on the way to your 29-14 record. A large part of that is because Ja Morant has taken a gigantic leap this season. Being an All Star is a given. It might be time to open up the All NBA discussion, and last night was the latest example.

There's just one thing you have to know. If you go to a Grizzlies game, don't even think of cheering or trying to high five Morant if you're wearing the opponent's jersey. Doesn't matter if you're a grown man or a kid

On one hand, you can't really blame a kid for loving Steph Curry. Everyone loves Steph Curry, especially the youths. This may seem a little extreme from Ja….but I kinda love the move? I mean the dude is so locked in during a game nothing else matters. You're either with em' or against em' while those 48 minutes are going on. The Grizzlies are a very prideful bunch. They talk shit. I didn't know that also meant kids were in play but sometimes you need the best player on your team to be a complete basketball psycho. If MJ did something like this, I'm sure everyone would love it and talk about his killer instinct and will to win. For all we know that kid is going to grow up and become a dominant basketball player himself. It worked for Shaq when David Robinson pulled a move like this.

Back to the Grizzlies for a second, they are now tied with UTA for a top 3 seed and sit just 2.5 games from GS for the 2nd spot. Given how they are playing, I'm not sure they are done climbing. Especially with the Jazz struggling without Gobert (dropped 3 straight). They keep this shit up, it's only a matter of time before kids go into opposing arenas wearing Morant's jersey. He's impossible to not love. He's loyal as shit, he's insanely good at basketball, and he repeatedly comes through in huge moments. Like I said yesterday, the Grizzlies are here to stay and they are only getting started.