Whoa. Before we begin, I'm going to need a little "alone time" with this clip. Then I'll rehydrate. Then I'll get back to this episode.

So this penultimate episode of Tom Brady's second docuseries that deals with the topic of Tom Brady, is all about the 2018 Super Bowl LIII championship season. And unlike the earlier episodes, he's joined by just one other talking head, and that's Julian Edelman. Which was a wise editorial decision. Just as he did on the field, Edelman provides enough production for two or even three others, as he talks about being injured the year before and getting suspended for PEDs and then coming back to win a Super Bowl MVP. So it's all good.

More to the point though, the fewer guests, the more time we have to hear Brady tell the tale of the epic, sweeping bromance between himself and Bill Belichick. If it wasn't so well told, this think could be made into a bodice-ripping paperback with a painting of a long haired Brady cradling his coach in his arms against the backdrop of six banners hanging in a stadium, and sold out of a cardboard display in the WalMart book section. 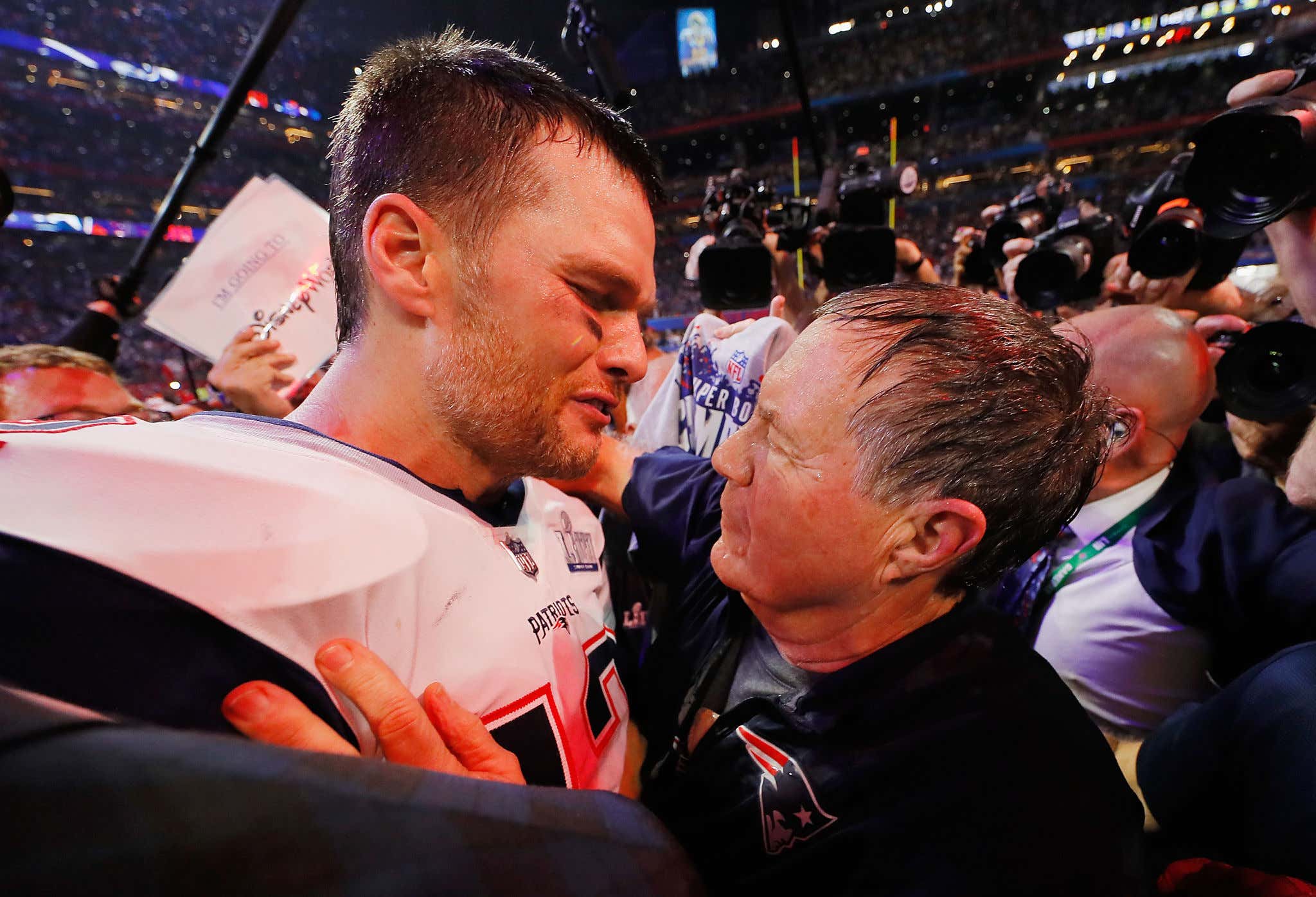 But it's so much better than any romance novel, because it's non-fiction. It's "50 Shades of Grey Hoodie."

I've said before and I'll say now that I think more words have been said and written about the Brady-Belichick dynamic than any relationship between two grown men in history. (Many of them by me.) Never mind athlete and coach, we've had Presidents who clearly didn't like their Vice Presidents and it never got this much attention. We've had world leaders trying to hammer out treaties to end wars, divide up territories and work out nuclear arms deals that didn't get a fraction of the ink the interpersonal workings between these two has inspired.

Being in New England for the last, let's call it 10 years, has been like being in Original Recipe England must have been like in the 1980s and '90s, with Brady as Diana and Belichick as Charles. Or vice versa. The major distinction is, this marriage was real. More of Brady's own words:

“We found an amazing working relationship together and I think he was the best coach I could’ve ever asked for,” said Brady. “We had our challenges at different moments, but they were just moments. They don’t define what the relationship was. In the end we accomplished things that no one had ever accomplished in NFL history.”

Again, this confirms what we've all known to be true ever since their postgame meeting in the Buccaneers locker room after their Week 4 win at Gillette that lasted like 40 minutes. There's no animosity here. Their working relationship didn't drown in a bad blood tsunami. They worked together longer than any two such strong personalities reasonably could be expected to. Hell, John Lennon and Paul McCartney made it about 10 years. Brady needed a new challenge and an easier life in a less demanding system. And he's thriving. Belichick needed his quarterback of the future who'd have the energy to buy into his system for the long term, the way a young GOAT once did. He got him. And is back in the playoffs. At the moment, it would appear everyone's benefited. Just don't call it a divorce anymore.

But it doesn't end there. In addition to acknowledging the monarch in the family with, “I had 20 of the most incredible years of my life with one team, one owner, Mr. Kraft, who I love so much, who allowed me to grow into the man I am,” Brady concludes the episode with his Big Picture view of working for the dynastic empire Mr. Kraft and Belichick have built and sustained.

On that, we can all agree. Now if you'll excuse me, I'm gonna need a bigger box of tissue.