I was talking about this weekend's fight card (the UFC's first of 2022) with Big Ev in the office yesterday, and it really got me itching for the return of what Georges St-Pierre refers to as 'the violence of the octagon'.... 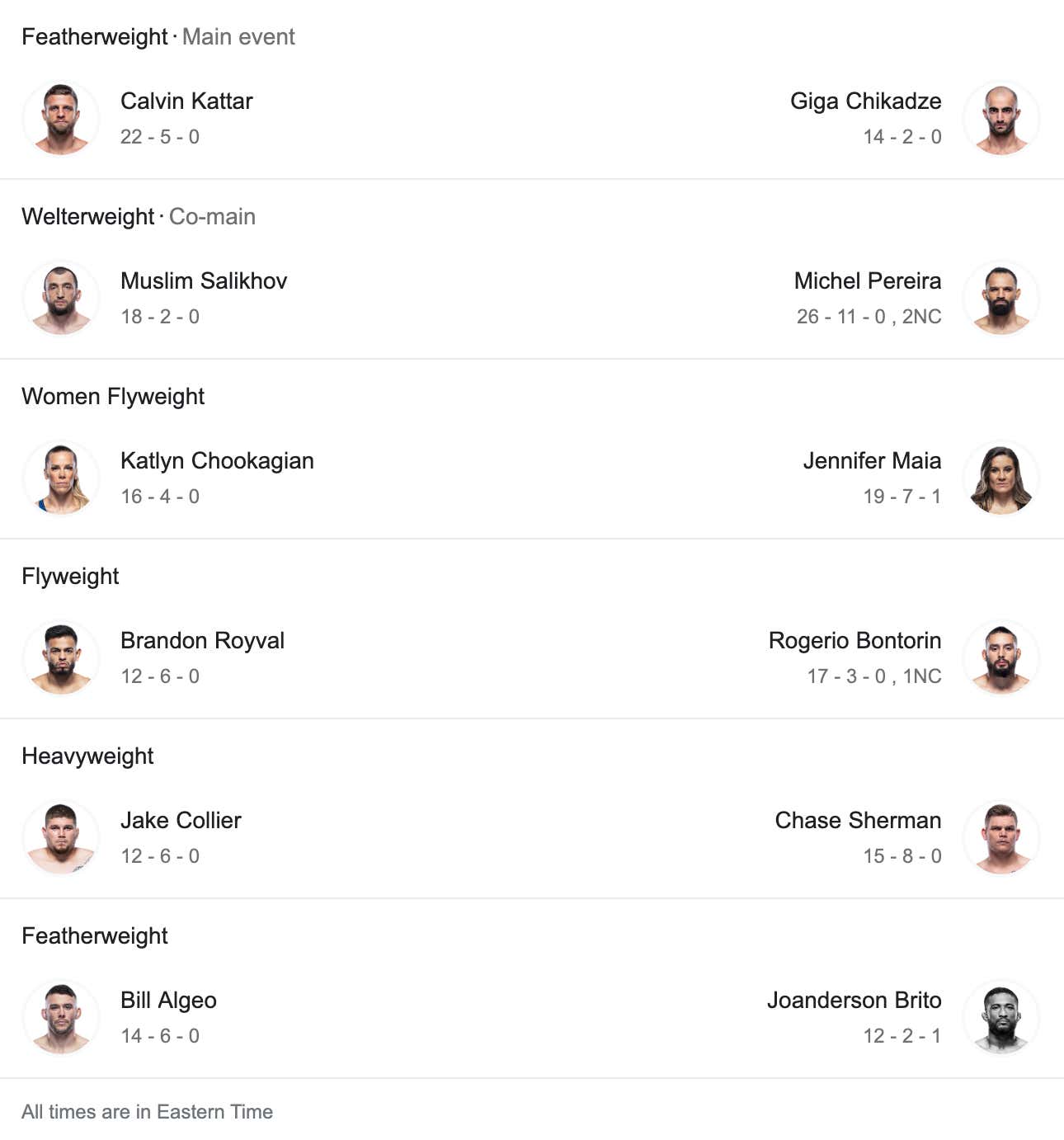 It ain't the craziest/flashiest card ever, but that main event is an absolute firecracker, and I believe the New England Cartel's own Calvin Kattar is going to bounce back big time after that devastating loss to Max Holloway last year and shock everybody with a huge win. I know Giga is a savage (and currently on a 9-fight win streak) but Kattar is still an incredibly crisp striker who could knock anybody's head off….

Oh, and that lunatic Michel Pereira is back…. 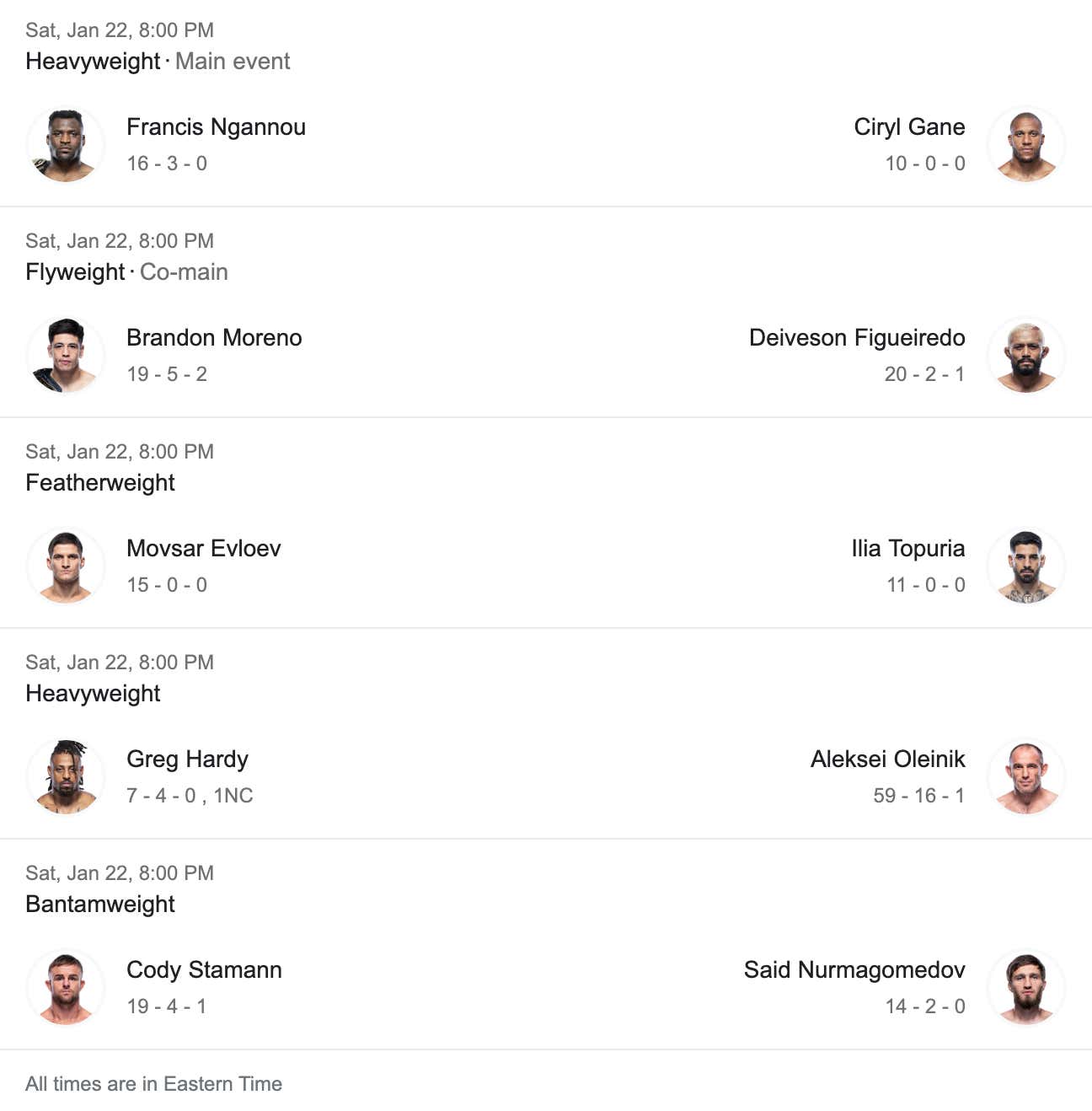 Now THAT is a stacked card. Gonna be a great year for fight fans. I can't wait.