Pete was incorrigible. His parents had had it with him when they finally decided to send him from Philadelphia to Sharon, Massachusetts to live with his Uncle Al, the local Police Chief.

Pete stood 5 foot 6 and was a muscular 135 lbs. when he arrived in Sharon in 1973. He had medium-length, straight, light brown hair that hung over his forehead, and the un-parted side regularly fell over one eye and he was always whipping his head back to get his hair out of his line of vision. He wore a black leather biker jacket, the kind with a diagonal zipper, wide lapels, and a belted waist, not too unlike the one Marlon Brando wore in "The Wild One". When he spoke his narrow lips curled a bit and favored one side of his face. He was cool without much effort and we immediately became friends.

Everyone knew he was only living in town because he'd misbehaved enough that his parents shipped him off to live with his uncle who they hoped could straighten him out. Uncle Al clearly had his work cut out for him…

One winter night in '73, my '66 4-door Chevelle was packed with incorrigibles and Pete was sitting right behind me guzzling beer like the rest of us when suddenly I spotted a police cruiser following close behind. As soon as I pointed it out Pete rolled down his window and whipped a partially full can of beer at the cruiser. Next thing you know the dual rotating gumball lights on top of the cruiser lit up and the siren came on, forcing me to pull over. 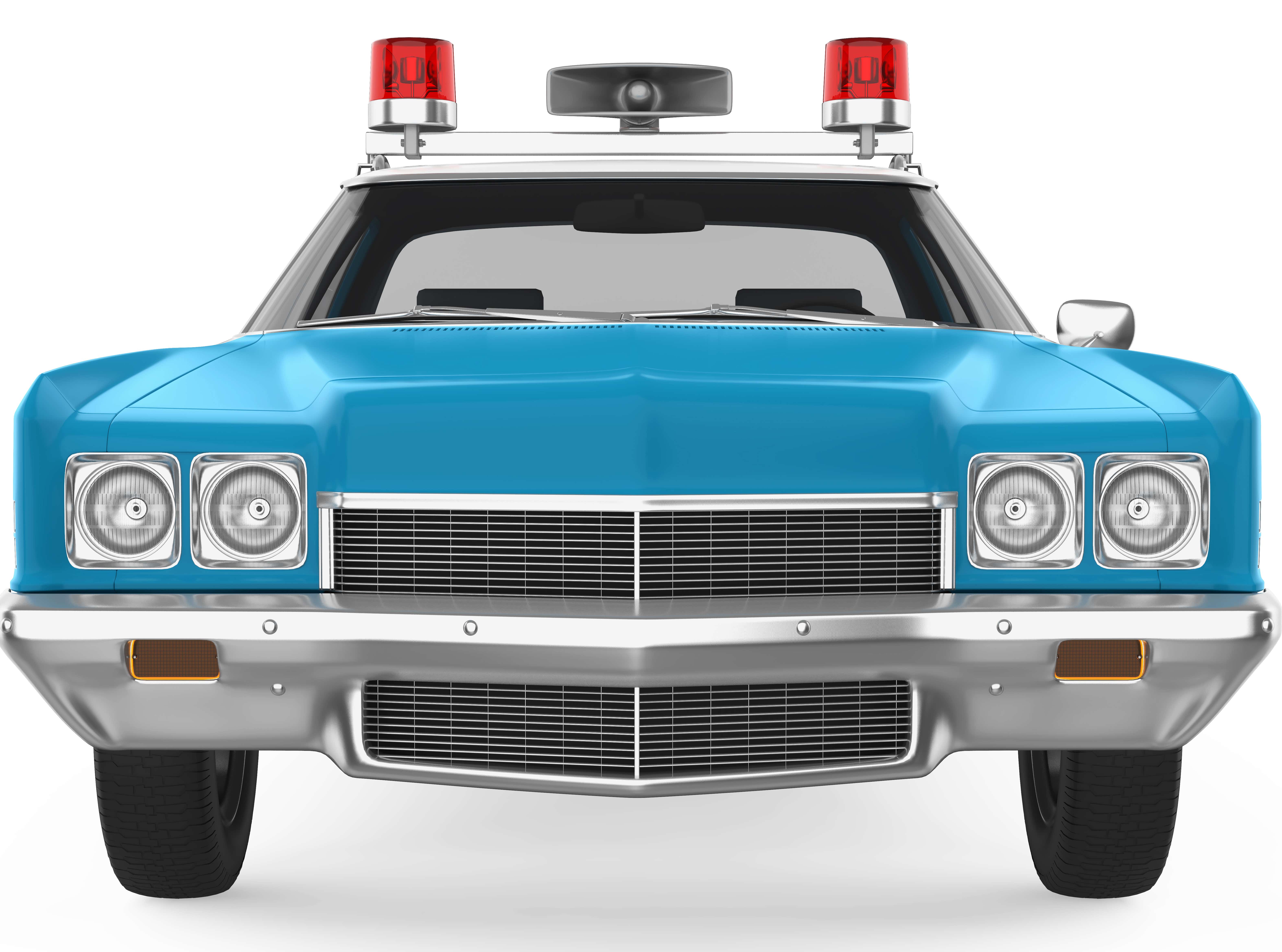 "Radar Rob" got out and directed me to roll down my window. He asked me if I threw a beer can out the window at him. When I said I didn't he knocked on the back window and Pete rolled it down and asked, "What the fuck do you want?" It was bold, a little too bold, and he pissed off "Radar Rob" who had gotten his nickname because one year he led the state in writing traffic violations.

When "Radar Rob" started in on him, Pete went right back at him, eventually asking, "Do you know who my uncle is?" Radar Rob looked at him and asked sarcastically, "Who?" Pete responded, "Your boss is  my uncle and I can have you fuckin' fired!"

It appeared that "Radar Rob" knew all about the police chief's nephew as probably all the cops in town did, and he handled the situation very carefully. He confiscated all our beer and then followed me to the Police Chief's house where I dropped Pete off. Sure, we were out some beer, but that night Pete became a legend. He had defied the police and done it in grand style.

Pete was grounded by his uncle but as soon as he was out he immediately did everything he could to reinforce his bad-boy image. He reminded me of Jim Morrison and despite Pete's chronic addiction to trouble, me and Scott included him in everything we did. He was unpredictable to the point of becoming predictable. Pete was always up for some trouble (and so were we).

One day at school Pete got into it with Jimmy, who was a good kid and very laid back. He looked more like a choirboy than a fighter with his short light-brown hair and milky-white skin, but he towered over Pete and outweighed him by at least 20 pounds. Because Jimmy appeared docile, Pete taunted him into a fight thinking he was easy prey. Everyone stepped in, not to break it up, but to negotiate time and place…

It was decided that the fight would take place in the East Elementary School parking lot at 8:30 that night. Scott got in the Chevelle and we went to Pete's uncle's house to pick him up. When Pete came out he looked ready to fight and he jumped in the back. I glanced in the rearview mirror at him and asked what his fight plan was. He held up a paper roll of quarters which confused me and Scott, prompting me to ask, "What the hell is that?" 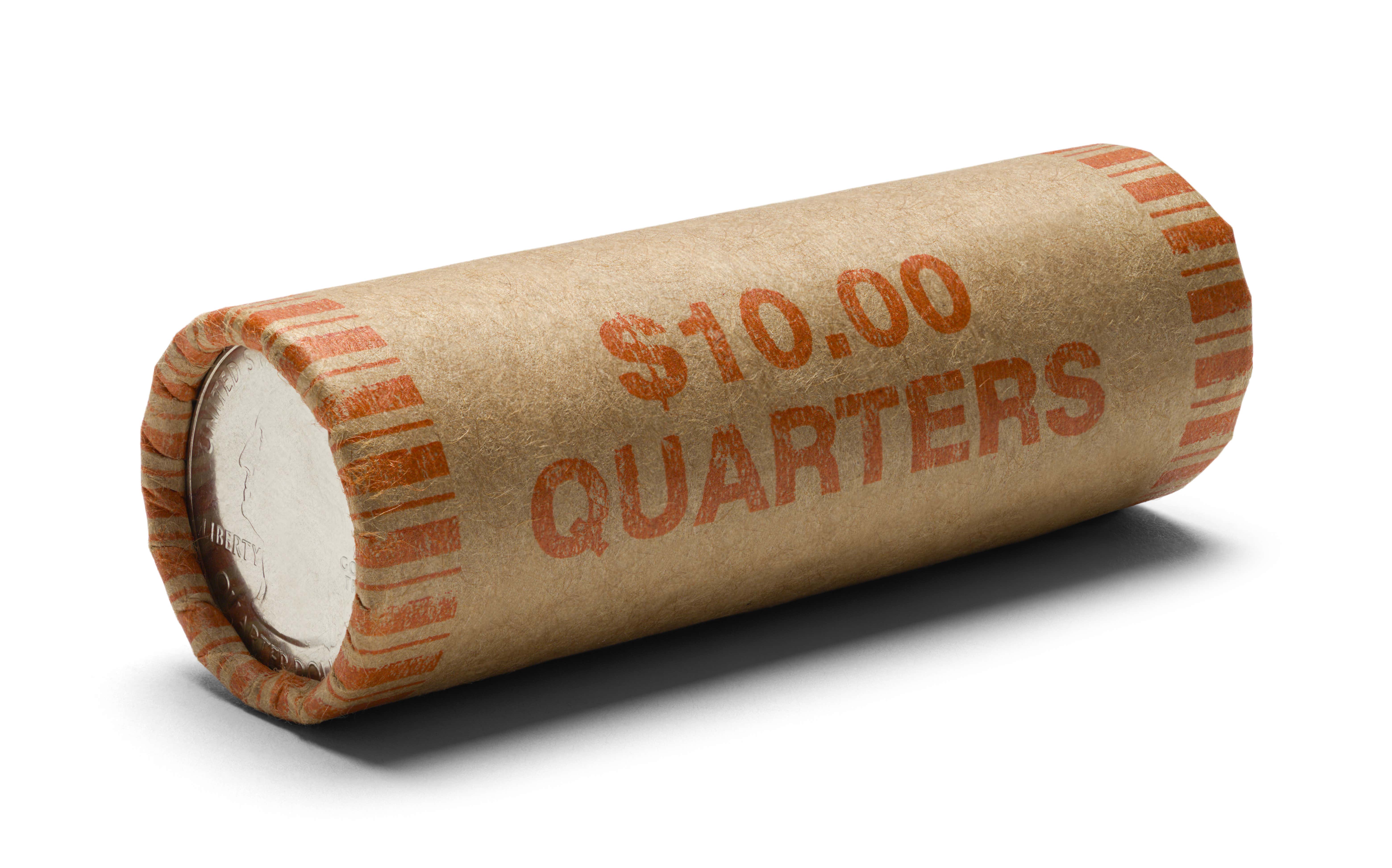 He explained, "This is how we fight in Philadelphia. A tight roll of quarters are like brass knuckles, but not illegal to carry". He said that he would look for an opening and then smash Jimmy over the head with the roll of quarters. This had me and Scott laughing out loud, but with raised eyebrows, we nodded our heads in approval. Wouldn't you know it, Pete had a fight plan after all…

When we drove into the parking lot, Jimmy was already there with his friends. There were at least a dozen of 'em. We parked the cars in a circle, headlights on, and the two pugilists got in the middle where Pete started taunting Jimmy, telling him he was gonna kick his ass. Jimmy looked intimidated by Pete's pre-fight antics, and he began circling the makeshift ring cautiously…

Only Scott and I knew Pete had the roll of quarters in his right hand, just under his fingers and in his clenched fist where it couldn't be seen. The two fighters continued circling each other and then without warning, Pete landed a surprise overhand right to the top of Jimmy's head and the quarter roll hit its mark. It stunned Jimmy and everyone watching, the quarters were flying all over the place. Jimmy grabbed his head and there was some blood on his fingers. He was shocked and asked, "What the fuck was that?" Pete had his hands up and was smiling when he responded, "That was a roll of quarters. That's how we fight in Philadelphia!"

Jimmy was pissed. That's when he got really aggressive and proceeded to kick the shit out of his smaller opponent, eventually getting Pete on the ground where he threw several hard punches to Pete's unprotected face. We were surprised when suddenly the Police showed up and we all jumped in our cars and took off in a hurry. I'm pretty sure a resident of one of the houses next to the school saw all the cars pulling in and then all the lights on in the parking lot and called the cops.

Pete sat in the back of the Chevelle and didn't say a word. I broke the silence and consoled him with, "You hit him pretty good with those quarters, Pete. I think he was bleedin'…" Pete was bleeding from his nose, his bottom lip was swollen, his eyes were fucked up, and he looked totally defeated… Scott added, "If you hadn't hit him with those quarters he may not've gone so crazy…" Pete had poked the bear and took a vicious beating as a result, but in the end, it was his ego that suffered the most…

We cruised around for a while and then headed back to the school parking lot to pick up the quarters. There were 40 quarters in the roll, $10 worth, which was a lot of money back then.

Just days later Pete was on a train headed back to Philadelphia, his face still swollen from the beating he took. Pete was gone just as quickly as he had arrived, and without even saying goodbye. He was incorrigible, unpredictable, and entertaining. A real bad boy.

With Pete gone, Scott and I would have to find some trouble of our own, which we were more than capable of doin'…