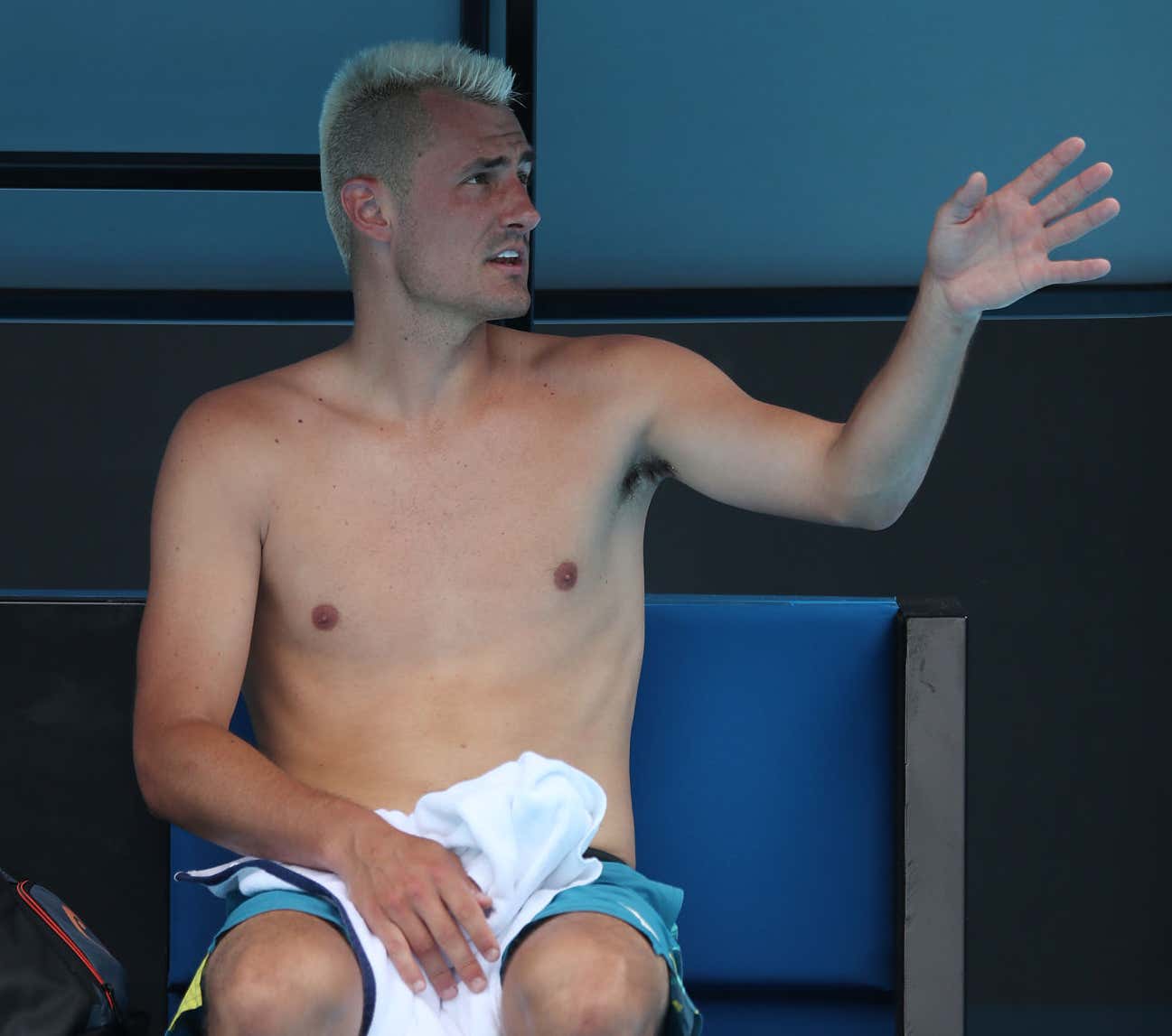 Remember Bernard Tomic? Alright definitely not so let's refresh real quick. Once ranked inside the top 20 of men's tennis, Tomic made the Wimbledon quarterfinals at just 18 years old and was viewed as a potential up and coming star in the sport. Over the last six years he's completely flamed out, resorting to tanking left and right. He made headlines a little over a year ago when he popped up on his girlfriend Vanessa Sierra's Only Fans. The image of him biting her ass which you can see below will live on forever.

As you can expect  that love story did not last..

He posted this on his IG story soon after

Hell of a guy. Tomic has long been a self centered arrogant asshole who no one likes. The Aussies hate this guy with the way he handles himself. I personally find him entertaining and he's fun to bet against which is always nice.

Well, despite his career in the shitter Tomic recently had a change of heart. I guess when the world laughs at you for appearing in Only Fans biting your gf's ass it's not surprising to have a breakthrough moment mentally. Bernie decided to quit drinking and take tennis more seriously. He actually asked for the Australia citizens to have his back during this summer circuit run down under and was hyping himself up a bit.

That all lasted about an hour into his comeback. The Aussie lost the first set 6-1 and was already down a break early in the second. A shirtless Tomic voiced his displeasure to the umpire saying the rapid test he took was wrong and that he definitely was playing with covid. He even offered to buy the umpire dinner if he was negative. What a nice guy!

While he does kinda have a point, I also gotta ask why the fuck he bothered showing up to the match if he felt like complete shit? This guy has been known to tank the shit out of matches and give minimal effort. In fact, he's said multiple times he hates the sport. If you were dead set believing that you had covid then why are you on the court? I get that he wanted to qualify for the Aussie Open, but if you felt like dog shit and had trouble breathing then what are you doing dude? 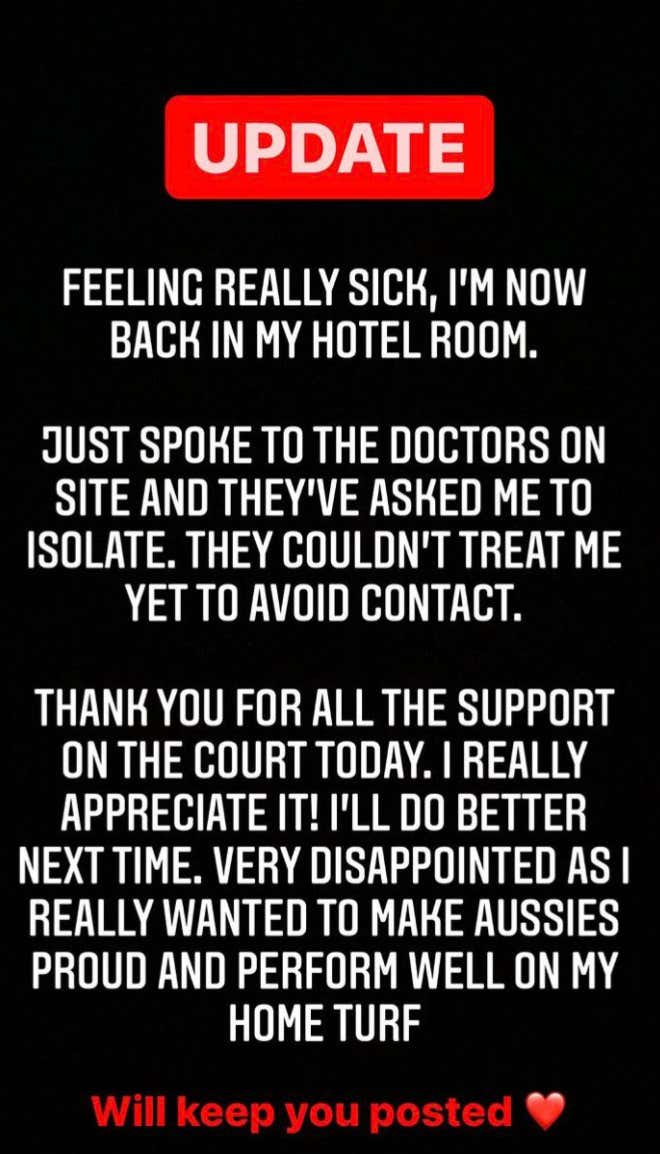 Are there flaws in the Tennis Australia covid protocols? No question, but logistically they can't be giving players at the AO a PCR every single day. I'm also willing to bet those protocols don't recommend to show up and play if you felt like this.

He went onto lose in straight sets 1-6 4-6 to an  in-form Roman Safiullin. If you see that name pop up at the Aussie Open I would recommend taking a stab on him in a few matches. Dude played out of his mind at the ATP Cup last week and is fire hot.

As for Tomic. Well, the reviving of that career of his will be put on hold. At least he has his new girlfriend to cheer him up.