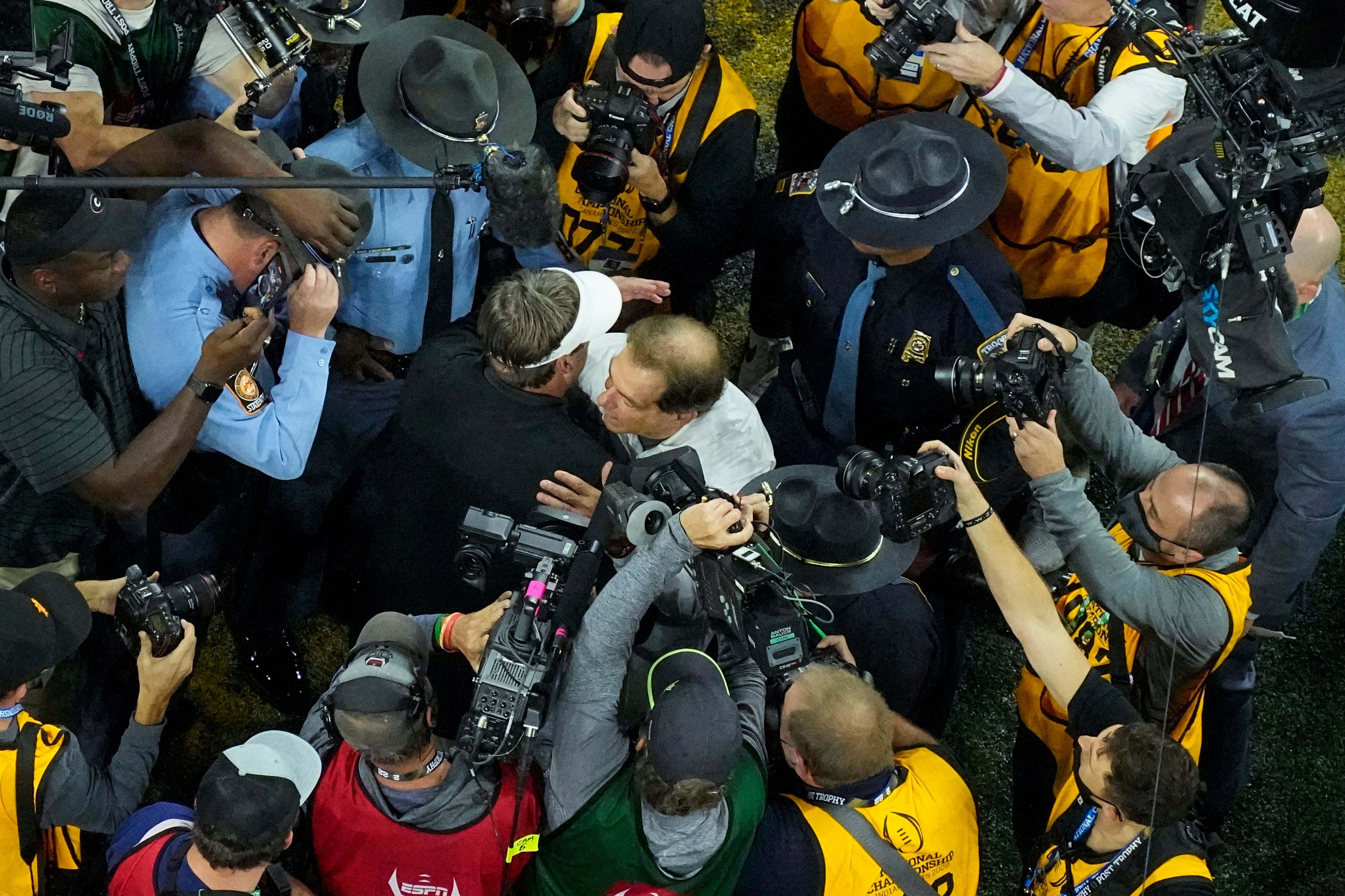 They say that the true test of a person's character is how they act in defeat. But I don't necessarily buy that. There's not one, all-purpose, ready to wear, one-size fits all, right out of the box, plug and play, no assembly required way to take losing. I've heard some inspiring tales of graciousness in tough moments. Athletes giving it their all and then looking their victor in the eye and giving them a heartfelt congratulations. And yet you often hear the same description of just about all my favorite athletes ever. "He's a really competitive guy. Whether your playing Ping-Pong in his garage, playing 1-on-1 in the driveway, or throwing cards into a hat, he'd freak out any time he lost." For a lot of ultra-competitors, it's how they're wired. As Patton said, "I wouldn't give a hoot in hell for any man who lost [pause for dramatic effect] … and laughed."

But then again, there are ultra-competitors who are ultra-winners as well. Who take their bad beats hard. But who are so fucking successful they know that once the confetti is all vacuumed up and the hangovers have worn off, they're still the biggest winners of all time. And they're winning is far from over.

In the postgame presser:

And in the tunnel in between, demonstrating his Alpha prestige with his trusted paper carrier by his side:

This is how this man has built an empire. Before you know it, he'll be onto his next round of recruiting visits, sitting in the proverbial (and probably virtual) living rooms with the next generation of 4-star recruits. All of whom just witnessed how he treated Bryce Young and Will Anderson on the worst night of their athletic lives. And in doing so, he's earned 10-yard head start on any other school that comes calling. Then he'll be back in the championship game again next year, and either win a title or conduct himself in the same way. He's constructed a perpetual motion machine of excellence. And since he's the only guy in CFB who's not a threat to switch schools or jump to the NFL, that machine can run at full capacity for as long as he walks this Earth.

There's one super-winner in sports this reminds me of, and I never saw him play. I read once that when the 1966-67 Celtics lost to the 76ers in the Eastern Conference Finals - so the only time in Bill Russell's career he ever walked off the court in defeat, since in his only other non-title year he was injured - the Celts sat in the visitors locker room listening to the Sixers celebrating down the hall. Until finally Player/Coach Russell stood up and said something like, "Well, OK. Let's go next door and congratulate the winners." No coincidentally, he went on to play/coach the Celtics to the next two championships before retiring.

Believe me, I like a good sore loser as much as the next guy. But when you win more than anyone else ever will, you have the luxury of graciousness. Hail Saban.