"Oh no... Here he goes again... Strolling down memory lane."

Growing up in a working-class household in New York City, you had one of two newspapers delivered to your house every morning… Either The New York Post or The New York Daily News.

There were other options, of course. The Wall Street Journal was for households that had someone involved in finance (obviously) and the famously liberal The New York Times darkened the doorstep of either the upper-middle class or people who considered themselves ‘intellectuals’.

Oh... I forgot about Newsday, but that seemed exclusively for LIDS... (Long Island Douchebags). 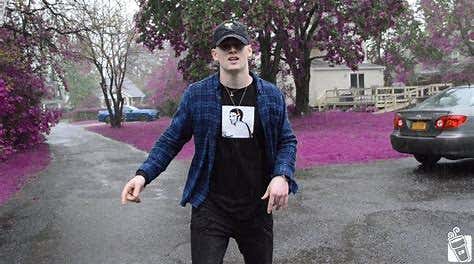 These are all generalizations, I know.  Perhaps your dad was a gritty forklift operator who tore through the Times on every lunch break… But, in general, the breakdown I gave above was how NYC’s news reading population differed from paper to paper.

I’m sure every other major city in the Union had similar dichotomies between their daily publications, but I don’t know enough about The Boston Herald or The Chicago Tribune to speak intelligently.

— Oh shit… Before I go any further, I should backtrack for the younger readers and tell y’all what a newspaper was.

(Gets out the ol’ rocking chair and corncob pipe)

You see, kiddos, in the days before everyone had a new-fangly computer in their pockets, people had to rely on a daily printed record to kinda keep abreast of what was going on in the world.

The “news” you got off of these “paper” records were called “newspapers” and they were just plain awful compared to the way we get updates today. The information inside newspapers was written either the night before or very early in the morning that you received your copy, so sometimes the news that you were reading was close to a day old!

And if the articles that you read didn’t have enough information, there was no search bar at the bottom of each page, so you were basically fucked… Unless, of course, there was a library nearby AND you had a TON of time on your hands to research any questions you may have had.  Otherwise, you had to be happy with limited and dated knowledge of current events.

But that limited and dated knowledge was enough to spur conversations with your coworkers.  So every morning, water coolers throughout the city were riddled with lively discussions that started with someone uttering the words, “Did you see what was in The Post this morning?”

Perhaps the worst part about papers was the fact that you normally got ink all over your fingers from thumbing through them, and the best part was that they provided makeshift blankets for the millions of homeless people sleeping on the streets during either Ed Koch or David Dinkin’s term as mayor. —

But back to the papers themselves…

I’ll stick with what I know and tell you neither The Daily News nor The New York Post has ever looked to split the atom… Their mission statement wasn’t to challenge the minds of city folk. Instead, they simply looked to inform and entertain millions of New Yorkers maybe eating their breakfasts or probably riding in filthy subway cars on the way to their miserable jobs.

And unlike the news sources of today, The Post or News weren’t overtly political. They both sat on the conservative side of the spectrum (The Post is owned by FOX's Rupert Murdoch, I believe), but neither paper BACK IN THE 70s AND 80s, WHEN I READ NEWSPAPERS RELIGIOUSLY were filled with political bias. They were filled with stories about New York, and there was always plenty to tell.

— Perhaps the papers are decidedly more political in more recent times (I assume they are because everything stinks)… I don’t know for sure, but I for sure know I don’t care. —

The reason I am taking this trip down memory lane is that I think I am back… Back on the newspaper train.

You see, every morning before the blogging world is awake, I find that after a long hiatus, I am back reading The Post and Daily News. Only this time I am reading them in clickbait-ish tweets that litter my timeline hours before the rest of the people I follow have a chance to wake up and immediately post pictures of either themselves or their meals.

But I enjoy seeing them (the tweets) from my old papers, and I think I might start sharing them with you.

Unfortunately, there aren’t enough Headless Body Found In Topless Bar-type headlines to chat about every morning, but even today… On a relatively boring Tuesday… I saw these two gems…

Now maybe those stories and/or my brief reactions aren’t enough to justify their own blog, but also maybe if I do enough of these, a reader or two will start a conversation with the person next to him on DiBlasio’e filthy subway by simply uttering this phrase to the person next to him, “Hey, did you see that story in the Post?”

And that’s a good thing, right?

And if you want to go one step further, and receive all of the recent stories condensed at the end of the day, Erika has put together a team that does a daily newsletter called ‘Things You Missed' that you can subscribe to by clicking here AND Barstool is also about to announce yet another newsletter that will be more up my alley… Stay tuned.