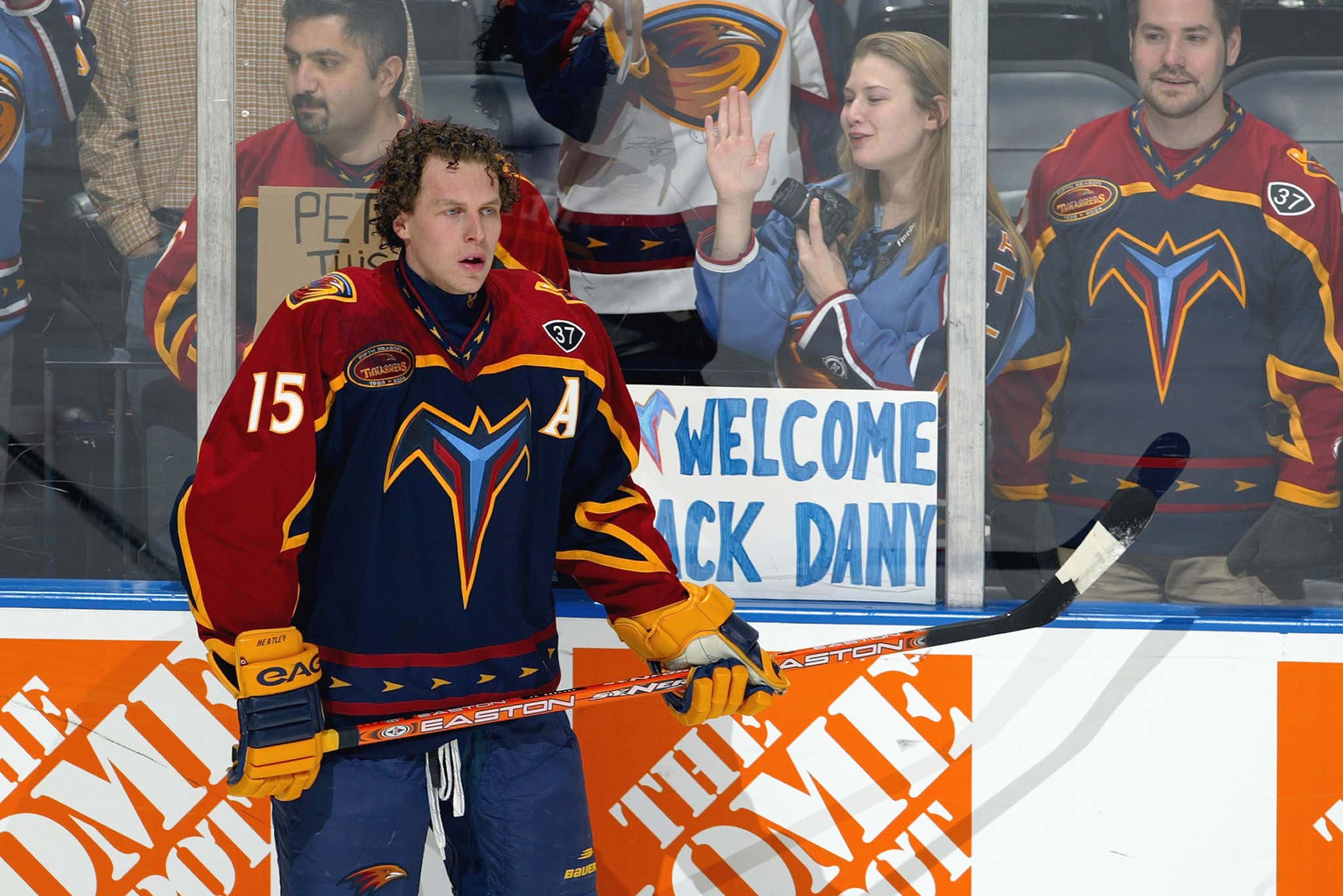 Okay so first off, just a quick moment of appreciation for the Heater's setup here. The Eagle mitts. The Synergy grip. The skate lace tie on the pants. I know it feels like 1980 in Athens right now but it's big time 2003 here.

But back to the point. You think about this run that Atlanta/Georgia has been on recently. A city which was starved for a champion all of a sudden has 2 in a matter of months. An impressive hot streak, no doubt. But you can't be naive enough to think it'll just last forever now. It's only a matter of time before that hot streak cools down. Timing is everything in life and we're dealing with a dangerously small window here. If ever there was a time to bring back the Atlanta Thrashers, it's now.

Hockey in Atlanta has failed twice now. But the issue isn't that hockey can't work in Atlanta, it's just that the teams were fucking dog shit. First up you had the Flames from 1972-80. In those 8 seasons the Flames were in Atlanta, they never won a single playoff series and only won a combined 2 playoff games. Then the Thrashers were in town from 1999-2011. 12 years, 11 seasons with the lockout in 04-05. They made the playoffs just once and were immediately swept out in the first round by the Rangers. No shit neither of those teams are still in existence today.

But now that Atlanta has a little juice going? I know those sweaters have to be locked up in a storage unit somewhere. Break 'em up, dust them off, and give the people what they want. Give the people what they need. The Arizona Coyotes are about to be homeless soon anyways. Just relocate to the 'Yotes and give us Phil Kessel in those powder blue thirds. It's now or never.

Sidenote: The idea of Kessel in a Thrashers uniform got me to thinking about some of the names that have ever found themselves on Atlanta's roster. I don't think anything gets more random than Atlanta Thrasher Mark Recchi. 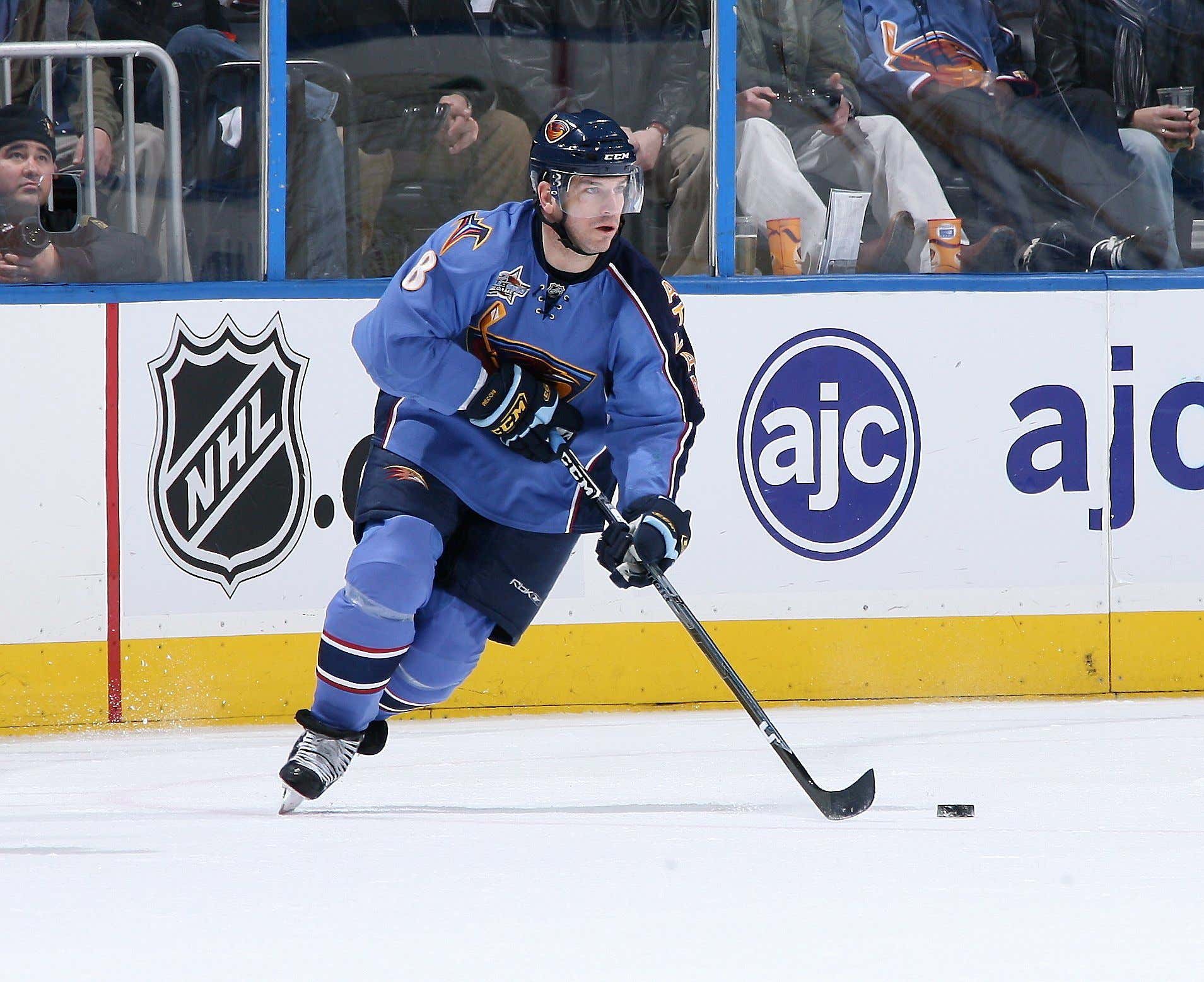 I bet the first row of fans there don't even remember Mark Recchi ever playing for the Thrashers.